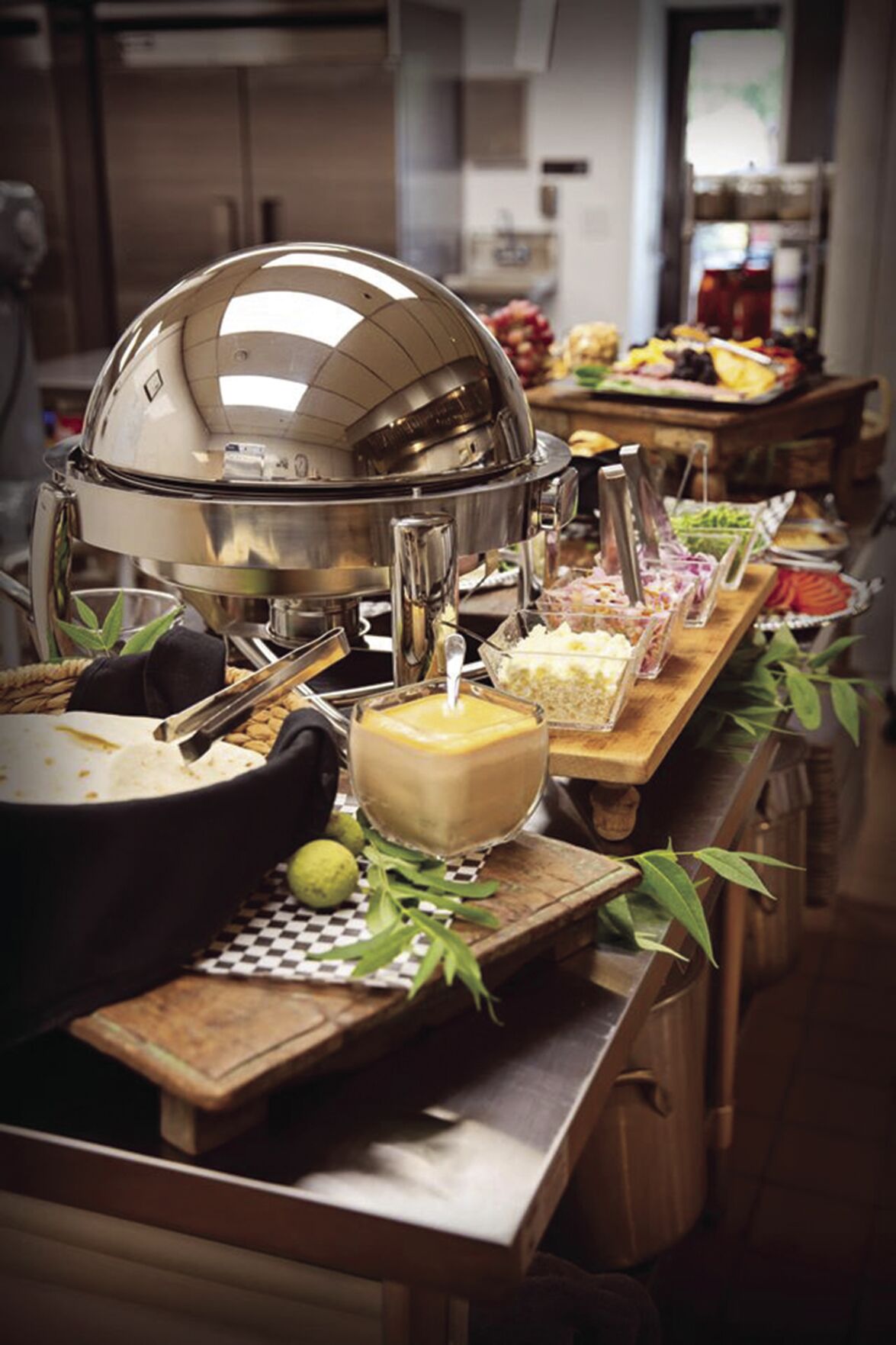 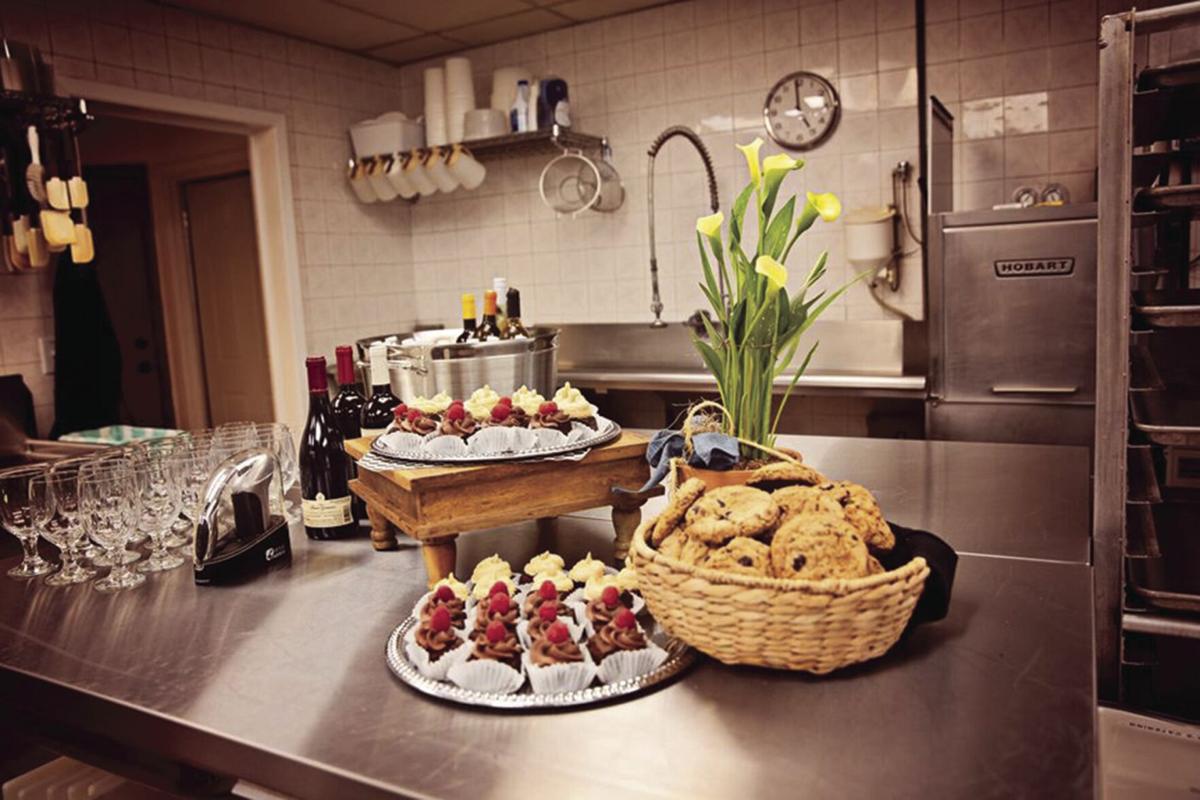 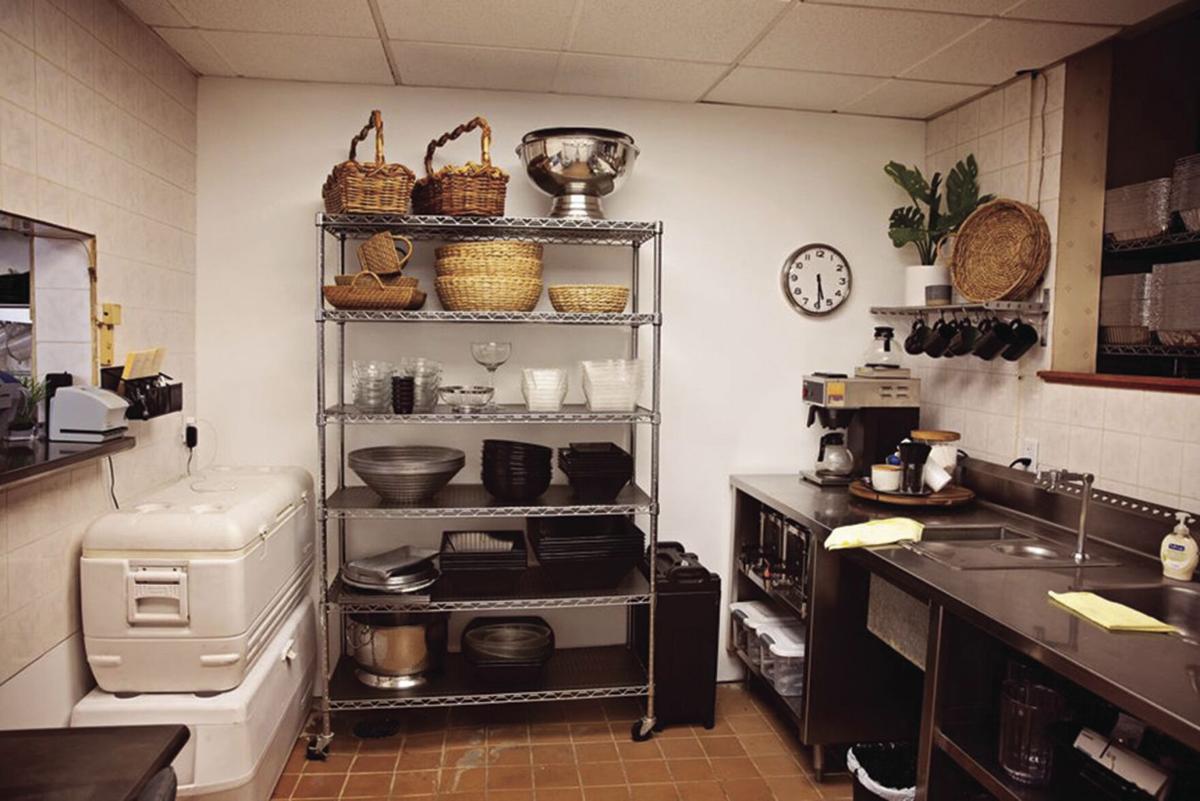 When Cambridge caterer, cook and baker, Vicky LeFebvre, opened her new location, she naturally chose to call it The Kitchen. 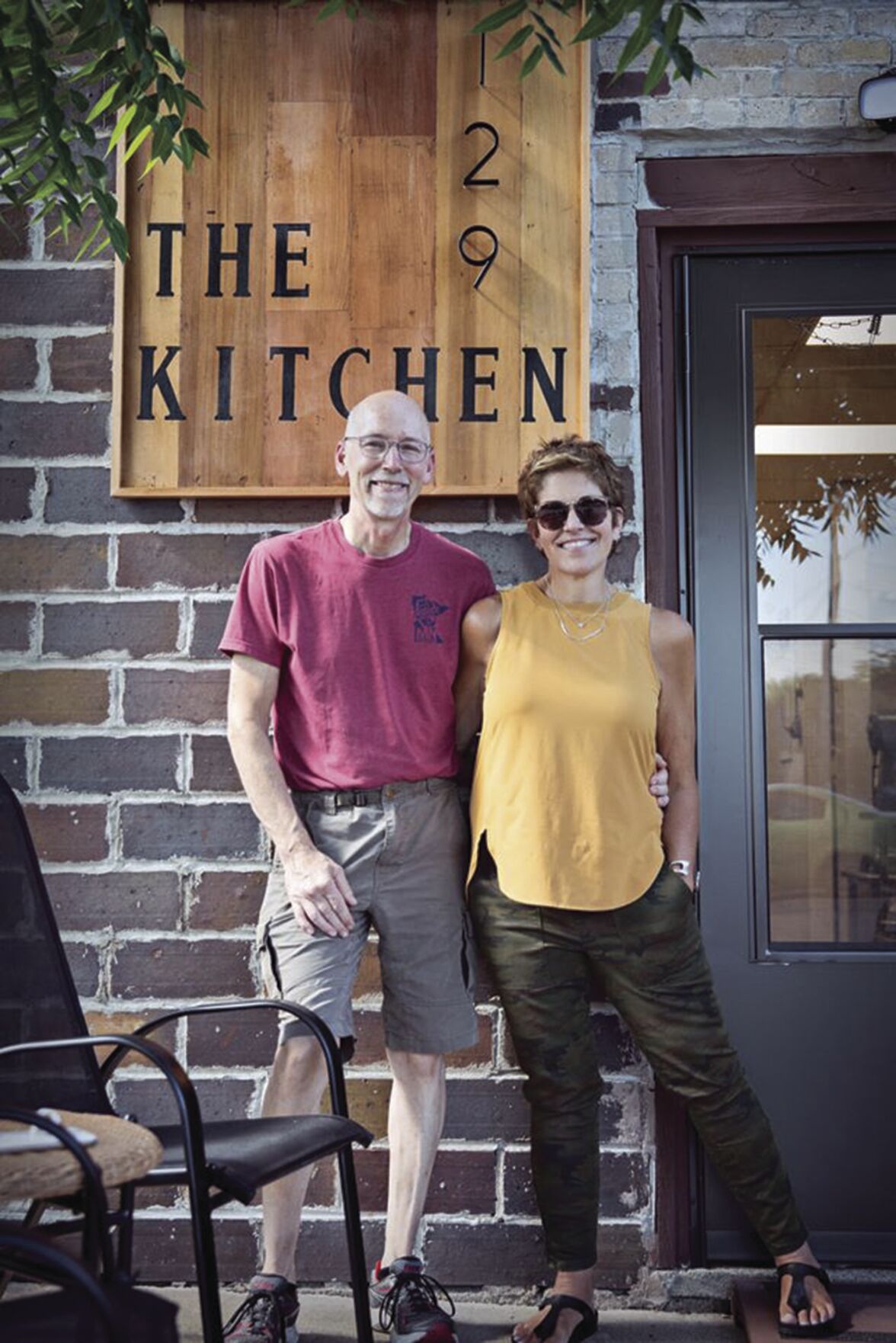 Vicky LeFebvre, along with her husband Luke, during the opening of The Kitchen in downtown Cambridge. 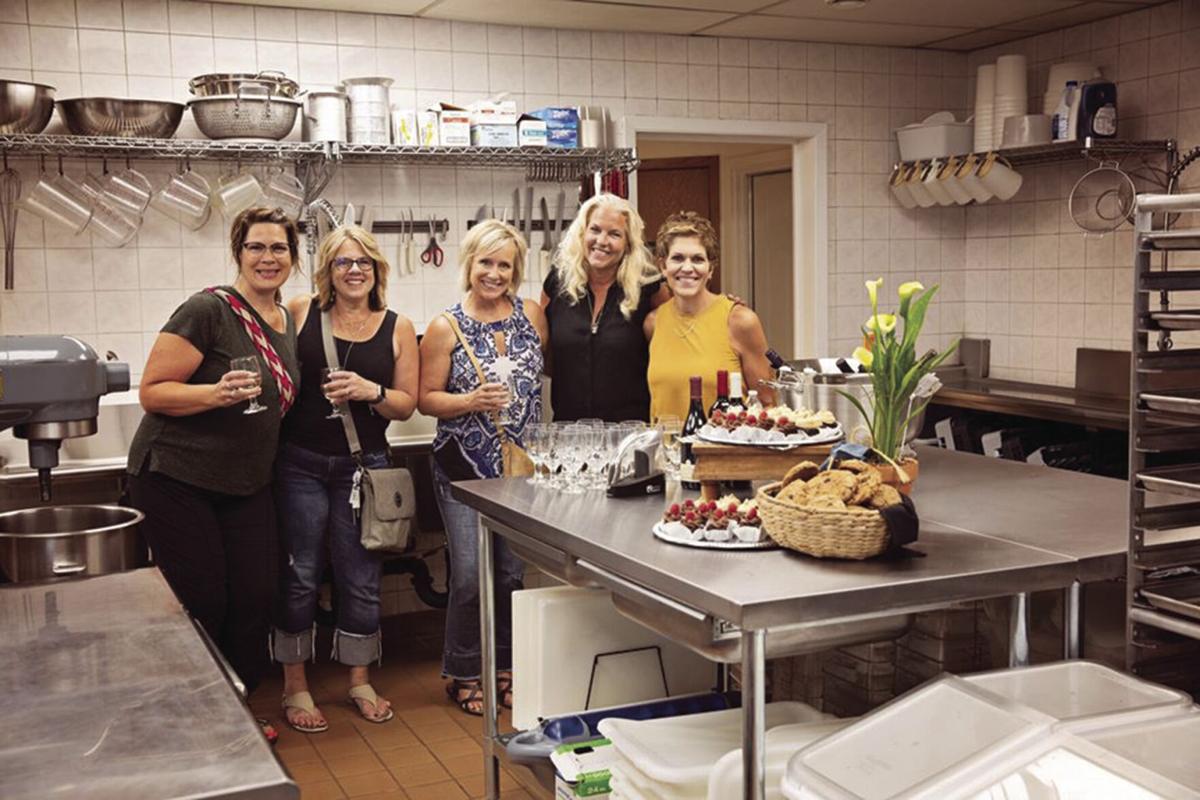 Vicky LeFebvre, along with friends, during the soft opening of her new location, The Kitchen, on July 1.The Kitchen is located at 129 Second Ave. SW, Cambridge.Photos submitted

When Cambridge caterer, cook and baker, Vicky LeFebvre, opened her new location, she naturally chose to call it The Kitchen.

Vicky LeFebvre, along with her husband Luke, during the opening of The Kitchen in downtown Cambridge.

Vicky LeFebvre, along with friends, during the soft opening of her new location, The Kitchen, on July 1.The Kitchen is located at 129 Second Ave. SW, Cambridge.Photos submitted

A passion that started to develop as a child in her mother’s kitchen has turned into a career choice for Cambridge local Vicky LeFebvre, who’s just opened her own kitchen.

“I started working for a local caterer 30 years ago, but prior to that I had a lot of experience working in kitchens,” LeFebvre said. “I was a kitchen aid at Grandview in the kitchen, then from there I became a night cook, a morning baker, then a morning cook and then a head cook, and I worked there for more than 15 years.”

Although much of her adult and young adult experience was gained through employment, LeFebvre’s roots were planted in her mother’s kitchen when she was just a child.

“I made my first Thanksgiving dinner when I was 9,” LeFebvre said. “We had come home from church and my parents decided to take a nap; meanwhile, knowing the turkey took a long time, but not knowing the right temperature, I had to wake my mom up to ask before I could start.”

“I made stuffing, sweet potatoes, mashed potatoes, stuffed the turkey and everything that went with it.”

LeFebvre grew up on a farm in Braham and remembers having two choices: clean the barns or be in the kitchen cooking and baking. With her sister preferring to be in the barn, LeFebvre ended up in the kitchen, and that decision shaped the rest of her life thus far.

“I learned how to cook when I was young, and I took that knowledge and combined it with the knowledge I gained of everything from dish washing to prep and learning how to run a kitchen forward into my career,” LeFebvre said.

As she grew older and had her first child, LeFebvre knew she wanted to focus on being a stay-at-home mom, so she needed something flexible, which is when she began working for local caterer Norma Shafer and began learning the ins and outs of catering.

“I wanted to be a stay-at-home mom because I didn’t want to send my kids to day care. Norma was my neighbor and she just hired me to help out with whatever she needed, whether it was setting the dining room, cleaning the dishes or working on the line,” LeFebvre said.

“Then from there, since I knew how to cook large quantities, from that experience and working in the nursing home and with the knowledge I gained how I was raised, I started to cater on my own,” LeFebvre added.

Her first paid catering job on her own was a groom’s dinner, which ended up leading to her first wedding, and since then the requests have continued, the menu has changed and her staff need has increased.

“I absolutely just loved to cook and bake, and then when someone wanted to pay me for it, I thought, ‘Great, I can do this,’ LeFebvre said. “I never really had intended that this would be a business or anything. I never set out with this as what I was going to do, but the calls just kept coming in.”

As the events continued to be put on her schedule, LeFebvre began collecting; whether it was a baking dish, silverware or a hotbox, she would buy it and add to her collection.

“I never set out to take out a loan, I didn’t have a business plan; none of that, it just kind of evolved,” LeFebvre said.

From serving around 1,200 in a day to small events with approximately 50 people, LeFebvre has learned a lot over the years.

“Walking away from those first events I learned a lot. I was always nervous about not having enough food, or over cooking and having too much food. Now, I’ve learned for the most part, how much to make for each event,” LeFebvre said.

In her journey, LeFebvre spent time working in church kitchens and most recently the kitchen at Spectacular Events in Isanti, but with the church’s move and the selling of the building, LeFebvre found herself at a turning point in her career.

“I began with Norma, I moved into the Cambridge Armed Forces Reserve Center, worked in my own commercial kitchen within my house and then I worked at Spirit River for around five years until they closed,” LeFebvre said. “It couldn’t have been better timing, for one door to close as the other opens; this really is a God thing.”

“I was looking for a new place, I thought about a build out, but then I decided all I really need is a kitchen,” LeFebvre said.

Working with a local Realtor and friend, LeFebvre found the perfect place to set up shop and open her very own kitchen on July 1, in downtown Cambridge, which she appropriately calls The Kitchen.

“I just wanted a kitchen, and that’s what I got. After a lot of cleaning and work, I have The Kitchen,” LeFebvre said. “My husband and I had to do a lot of work, make multiple repairs, purchase a new oven and tools, but we did it, and now here we are.”

With a small patio off the back of the building, LeFebvre is excited to have a space for herself to sit down with clients and chat about their hopes for her and decide on menus with future brides.

“Being able to have the patio, a place to sit where I can have a conversation close to the kitchen so I can still have cookies in the oven is great,” LeFebvre said. “It is a smaller size, and that’s something I have to adjust to with timing and calibrating the stoves, but it’s perfect.”

With her team by her side, LeFebvre is looking forward to what’s ahead for her as well as those on her team.

“My goal is, I always want to make this a wonderful atmosphere for my workers,” LeFebvre said. “We all work so well together, we love being together — we laugh and sing as we work and we really just have such a great rapport.”

“Being able to provide an opportunity to a mom, who like me, wants to spend time with her kids; being able to give her the opportunity to do that while working is what I hope to do. It’s not about the bottom line for me, it’s about the quality, the community and the people who work with me,” LeFebvre added.

For more information on having LeFebvre and her team cater an event or to place a special order, contact LeFebvre through Facebook, LeFebvre’s Catering, visit www.lefebvrescatering.com, or call 763-221-6011.