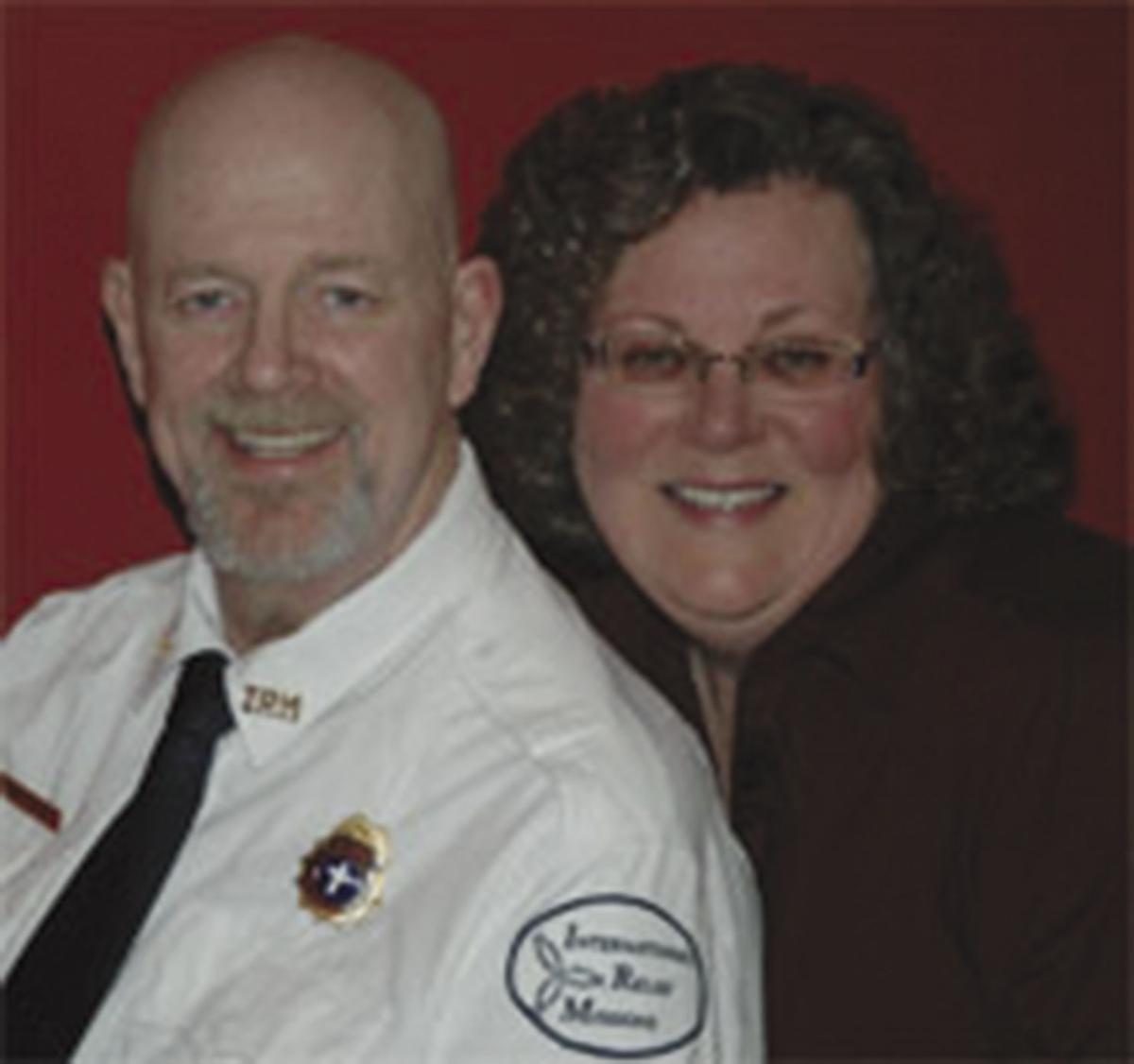 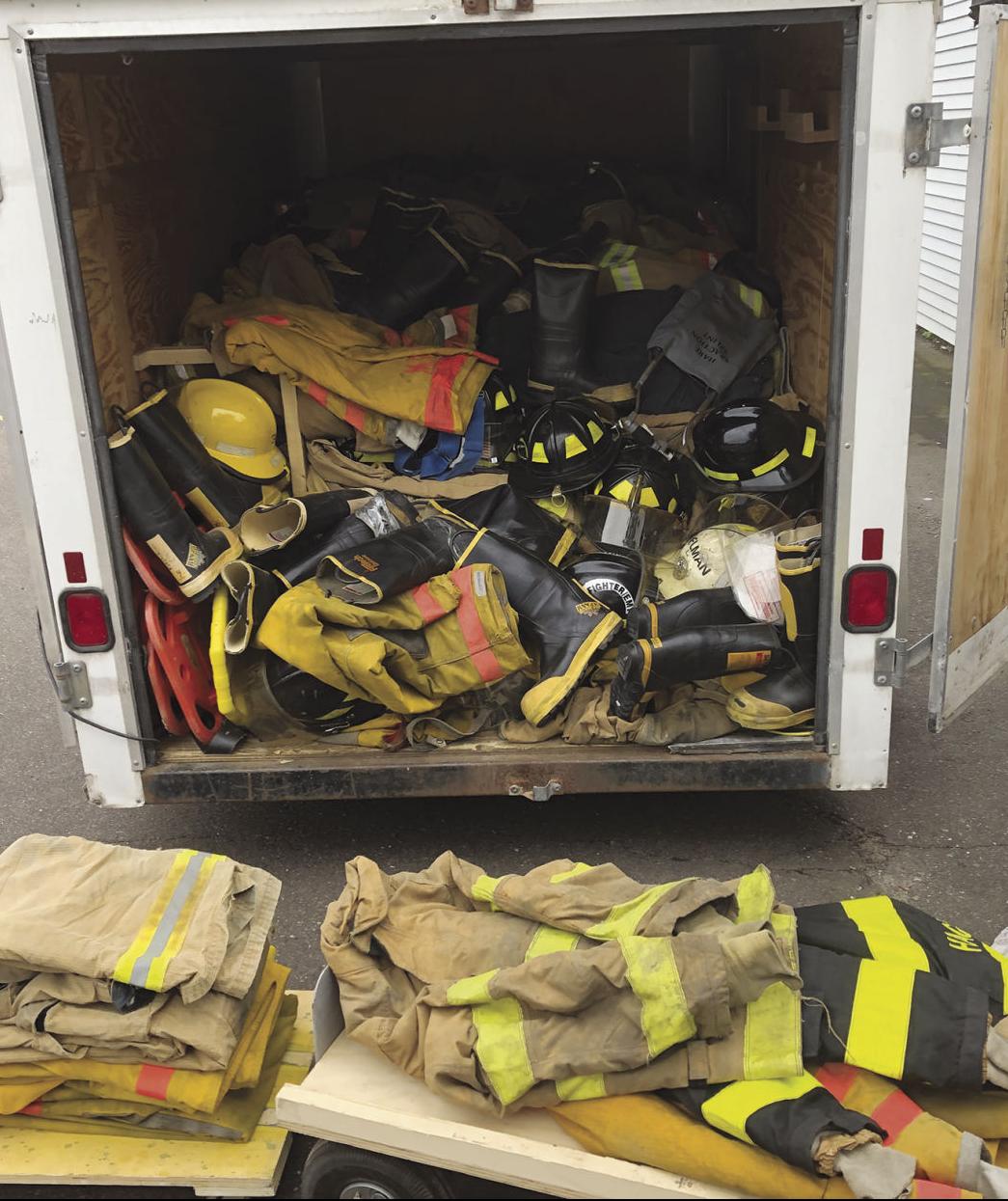 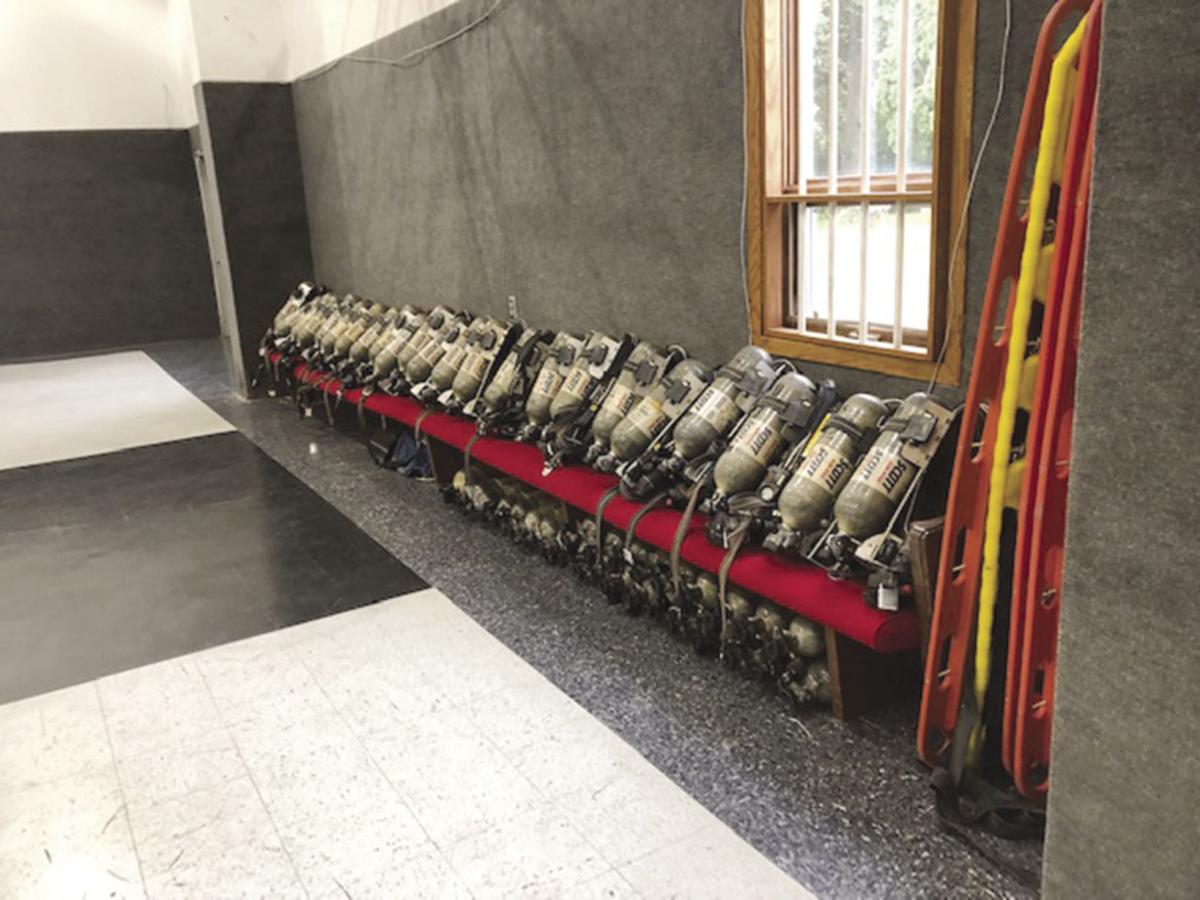 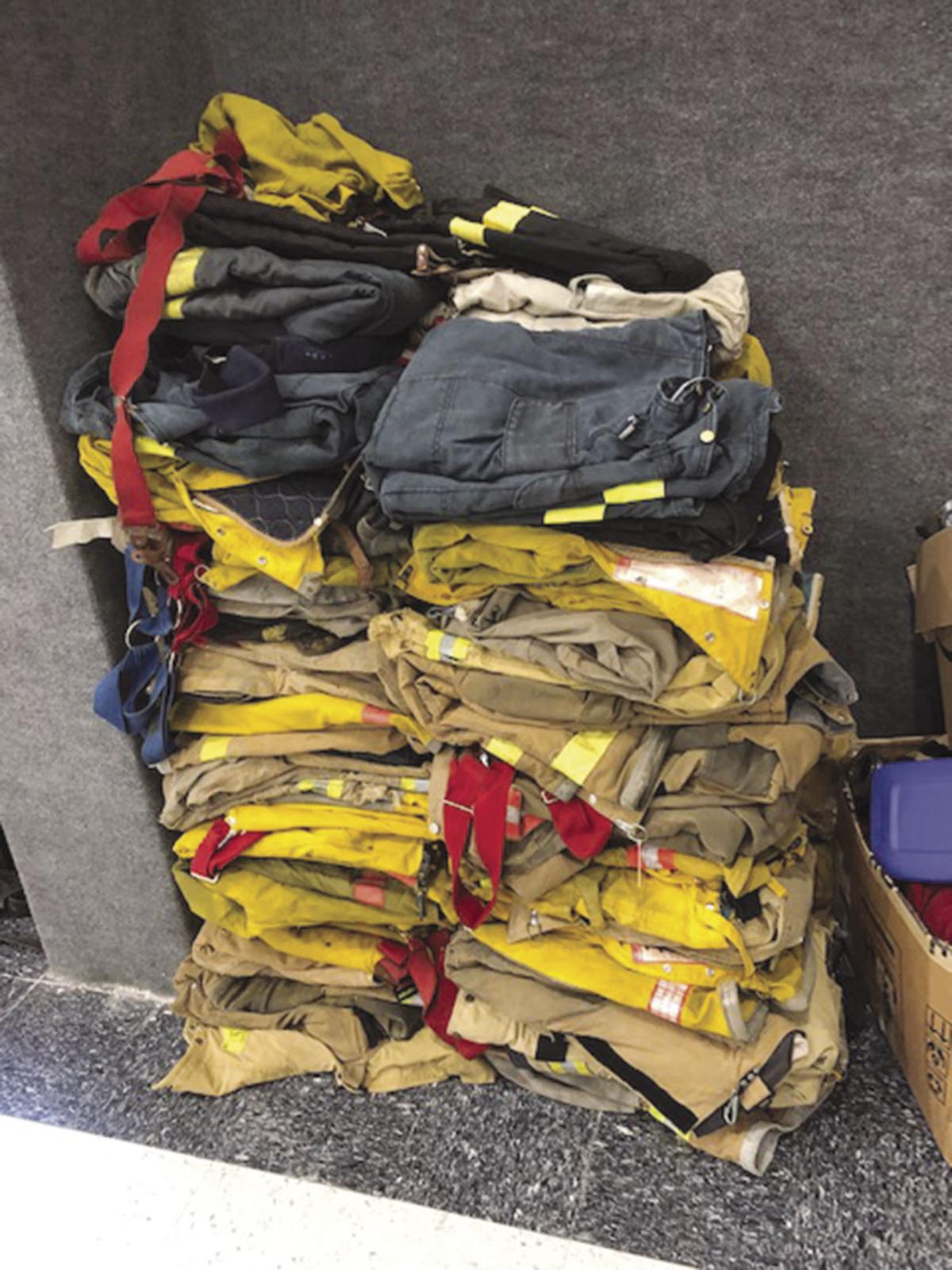 Firefighter items that have been donated. 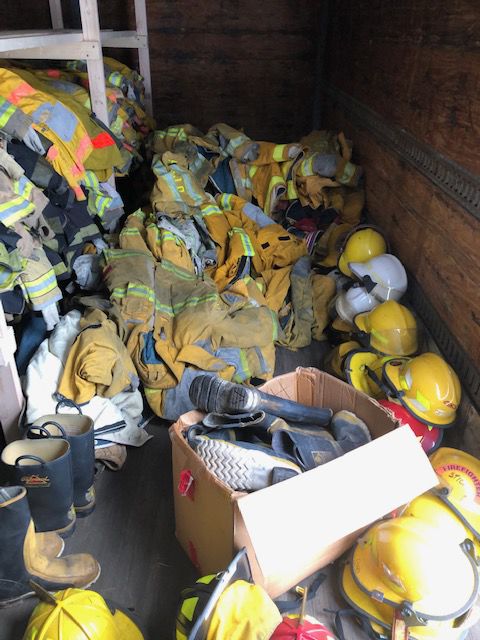 Firefighter items that have been donated.

Mark Allen has seen many tragic events throughout his life working as a paramedic for Allina Health for 30 years. It took a toll on his life as a husband and father.

“Over the years, I saw and experienced what the first responders feel. It affected my home life,” Mark said. “There was a point in my life when I really didn’t have much compassion because I saw what human beings do to each other. I bottled it up and it was not ideal.”

Mark said he was not a Christian at that time and played a lot of softball to escape home life and he believed he was not the father and husband he should have been.

“People that are in this type of profession all have something they do to escape it. For him, it was sports,” Mark’s wife, Chris, said. “It was his way to escape the things he heard, saw and experienced. I didn’t know it at the time, but now I understand it.”

Sue Humble, a member of Kost Evangelical Free Church in North Branch and an administrative assistant at the Chisago County Soil and Water Conservation District, said post-traumatic stress disorder was recognized within the

military but not so much with first responders.

“If you really think about it, normal people shouldn’t see those things. Our brains are not wired to absorb and process some of the things they have to see,” Humble said. “There is a much higher risk for drug abuse, alcohol abuse, and domestic abuse within the homes of first responders. Divorce rates are high, and that is attributed to what they experience on the job.”

Mark and Chris were raising four boys at the time. They are both members of Kost Evangelical Free Church in North Branch. Mark remembers the exact date when he became a Christian: Dec. 10, 1984.

This led to Mark taking his first mission trip to Poland in 1995 and inspired him to later start Chaplain Ministries International.

The couple used their own past experiences to help other families who work as first responders in second- and third-world countries with mission trips.

“Our niche is a ministry to first responders in third-world countries. Many times here in the states we’re starting to recognize our first responders, what they experience and how these experiences affect their lives. Not just on the job, but at home,” Mark said. “We help them establish the ministry there as well.”

Humble said the basis of Chaplain Ministries International is to teach chaplaincy to volunteers for the fire departments, police and EMS so they become equipped to minister or counsel in their local stations regarding domestic or abuse issues.

In 2007, a very important event happened to Mark on a mission trip to Kishinev, Moldova.

“What happened was they were teaching a seminary class in Moldova and they had some time off. So Mark and his friend Ron decided to see some of the city by delivering food to elderly people,” said Phil DeMunck, the chairman of the board for Chaplain Ministries International.

Mark said they walked by a fire station and walked up a 20-foot driveway, which changed his life at home and in the church.

“The fire chief came out and said, ‘What do you want? What are you doing here? You shouldn’t be doing that,’” Mark said.

When the fire chief found out that Mark was a paramedic and his friend was a firefighter, they were welcomed with open arms and spent nearly three hours speaking with the fire chief who asked if they could possibly help with them getting fire equipment.

After that, Mark started talking to the Minnesota Fire Chief’s Association and fire stations around the state and in Wisconsin to donate old fire gear.

“It was amazing what happened after that. The church here (Kost Evangelical Free Church) along with Mark — in less than six months we delivered a container to Moldova of helmets and fire equipment worth about a half a million dollars that was donated,” DeMunck said. “That’s how everything started.”

When Mark became a full-time missionary, he made it his life’s goal to tell people about Christ, train other chaplain ministry people in foreign countries, and give back to the fire departments in countries that severely need fire equipment.

Mission trips throughout the years have been to Poland; Moldova; the Ukraine; Chincha, southern Peru; Lima, central Peru; and Iquitos, northern Peru.

Chaplain Ministries International currently is working on sending out 200 sets of turnout gear, helmets, boots and other equipment to Iquitos, Peru. When the container arrives, Mark and North Branch firefighter Kevin Anton, will go there to help train the fire departments as well as offer chaplain training.

Humble said Mark got throat cancer and cannot eat, drink or swallow. He has a feeding tube but he continues his missionary work with Chaplain Ministries International.

“He is one of the most adaptable human beings I’ve ever met. More recently, he discovered his disability as more of an ability,” Humble said. “Mark considers it a gift from God and why stop? He takes whatever God gives him and moves forward. There’s always people that need to know they are loved and need to know that there are people that care for them.”

“We’re looking for doors to open for equipment donations, tools, and medical equipment funding,” Humble said. “I think it’s important for people to open up their hearts to the fact that this world is not all about me. We’re all human beings, and one race.”

To learn more about Chaplain Ministries International or to donate, go to https://chaplainministriesinternational.org/.