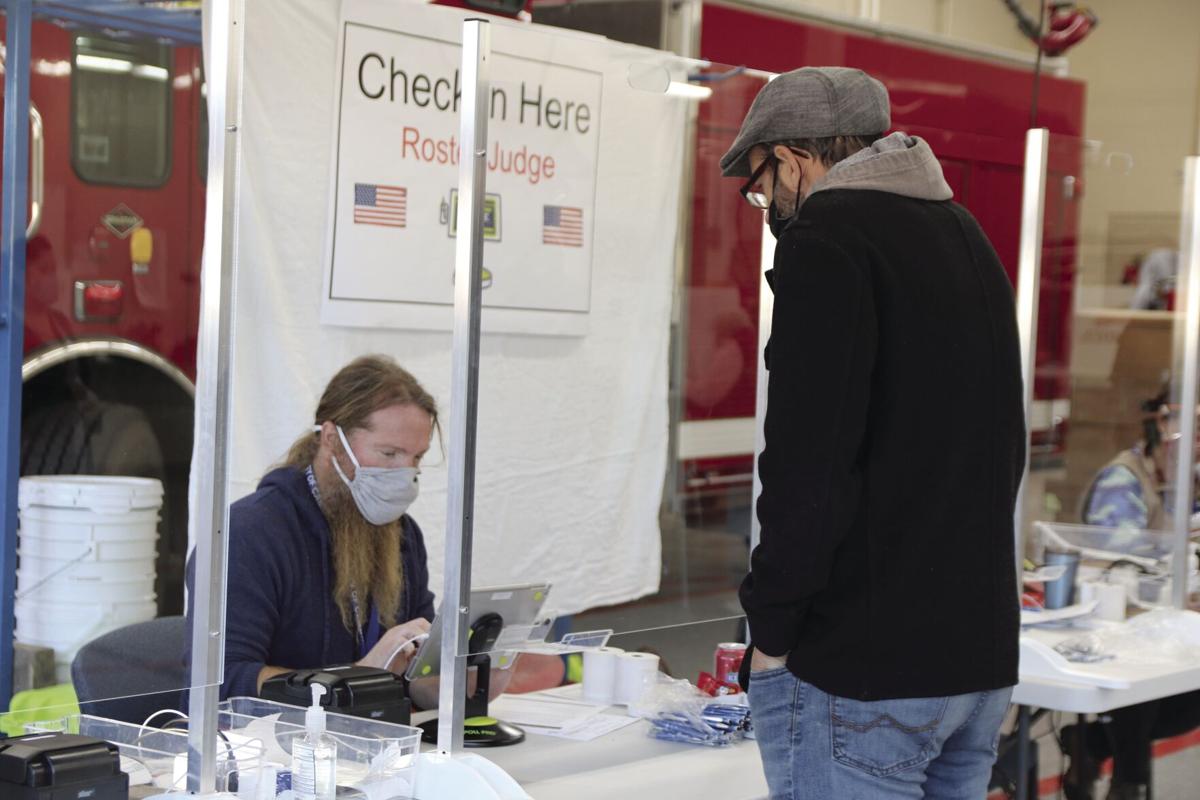 A roster judge at the Cambridge Fire Hall checks in a voter on Election Day. Photos by Sarv Mithaqiyan 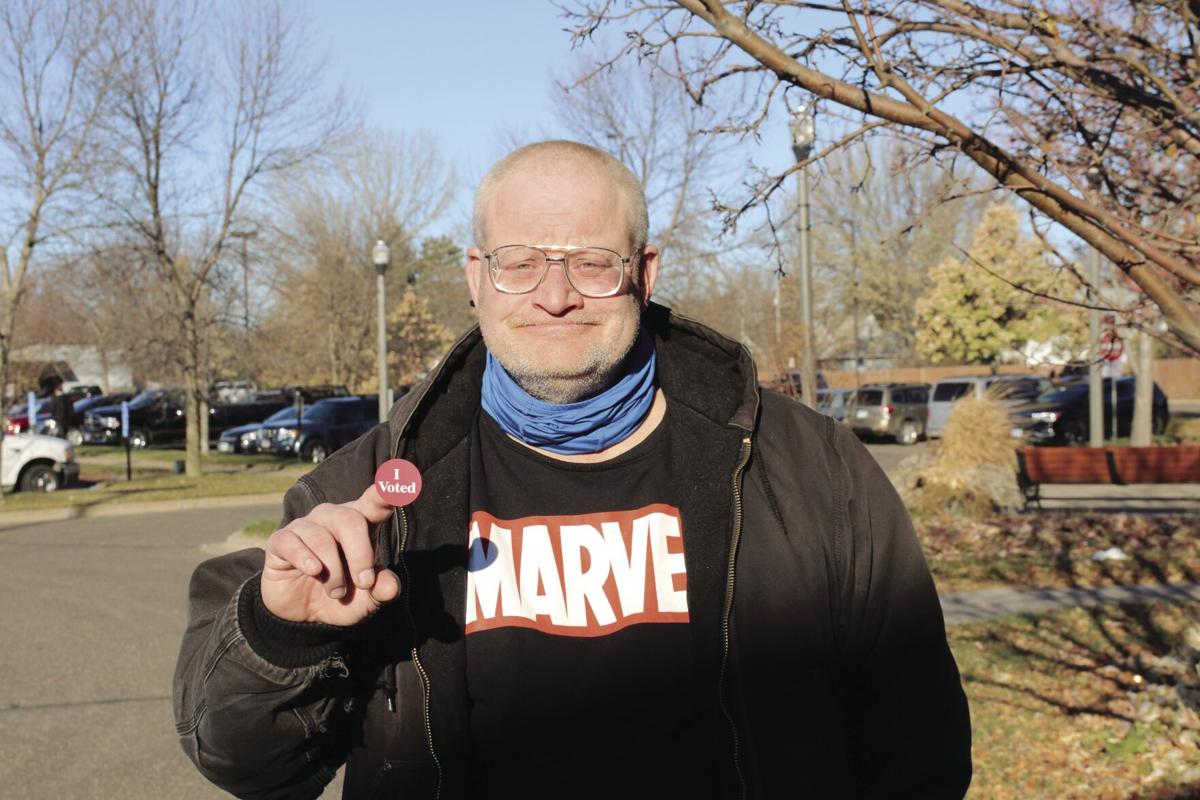 Michael Sansom of Cambridge feels good about voting on Election Day at Cambrige City Hall. He said voting is a right that a lot of service members have fought for and he appreciates the opportunity to vote. 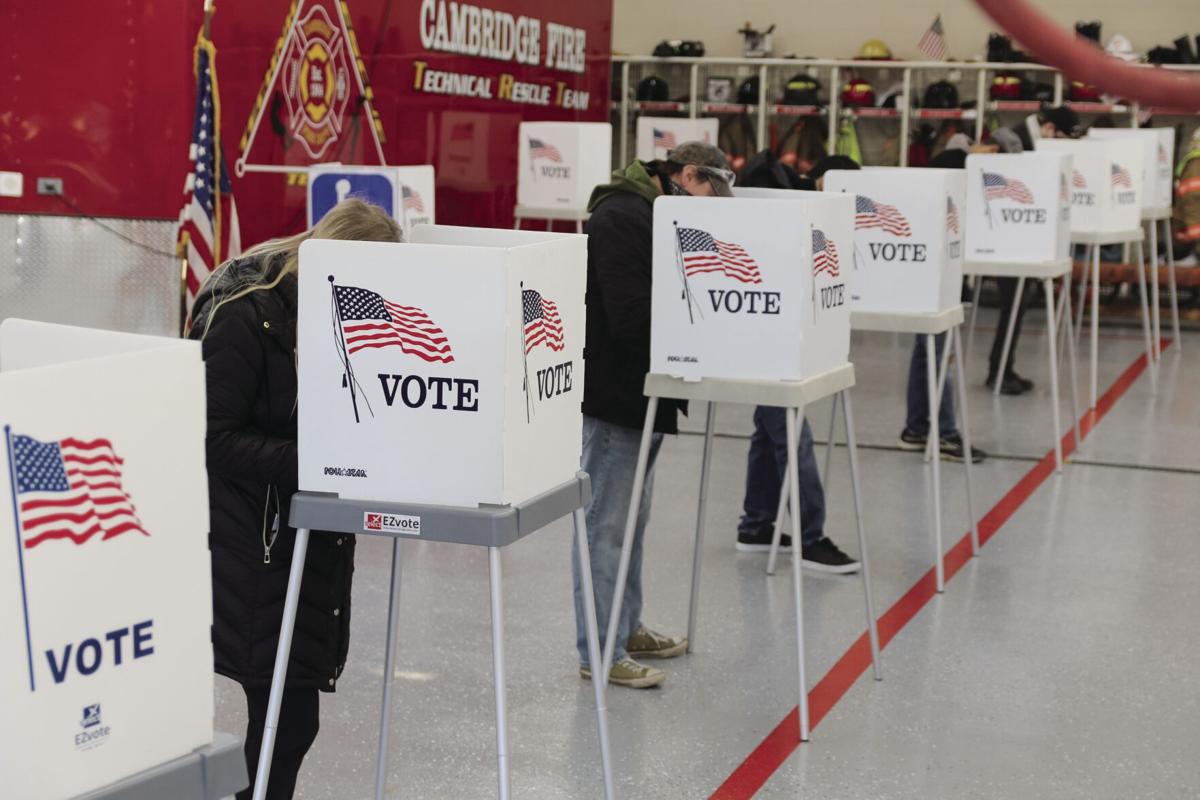 Voters cast their ballots on Election Day at the Cambridge Fire Hall.

A roster judge at the Cambridge Fire Hall checks in a voter on Election Day. Photos by Sarv Mithaqiyan

Michael Sansom of Cambridge feels good about voting on Election Day at Cambrige City Hall. He said voting is a right that a lot of service members have fought for and he appreciates the opportunity to vote.

Voters cast their ballots on Election Day at the Cambridge Fire Hall.

Due to this paper’s press time, general election results were unavailable to publish in this week’s edition but are available online at countynewsreview.com.

United States 8th Circuit Court of Appeals ruled Oct. 29 that all mail-in ballots received after 8 p.m. on Election Day must be set aside for possible legal challenges, casting doubt on a state court agreement allowing officials to count ballots received as late as Nov. 10, as long as they are postmarked by Nov. 3.

Isanti County Auditor-Treasurer Chad Struss, who took office in January 2015, said it has been a busy year for his office, especially with all the extra precautions surrounding COVID-19.

“The general election so far has been a lot of work, it’s been busy, but we’ve also been able to handle it. Part of that is with some of the CARES money we’ve been able to hire additional temporary staff to help with everything from getting ballots ready to mail out to testing the election equipment to eventually maybe counting some of the ballots. So that’s been helpful for us,” Struss said. “Even with that, the volume of absentees that we’ve had to send out. Even before the absentee process started on Sept. 18 — so that’s the date we could actually send out the ballots — we already had 3,000 applications for absentee ballots at that point. It took us almost a week to get all those ballots ready to mail and actually send them out. But that’s good though. We knew that was going to be the case with the COVID-19 situation going on and we’re ready for it.

“But there comes a point where you actually have to process that many items. So we got through that initial wave, but it’s been steady that we’ve had applications coming in pretty much every day. But we’ve been able to keep up with that with the additional staff we’ve hired and our existing staff in the auditor’s office have been working a lot of hours to keep all that stuff moving on time,” Struss added.

Struss explained when his office received an application for an absentee ballot, they verified the voter is registered to vote. If the voter is not registered to vote, his office sent the person materials on how to register to vote. Once verification has been made, his office then mailed out the absentee ballot along with instructions on how to correctly fill it out. Struss said voter verification is made through a statewide voter registration system that tracks every voter and every ballot that his office sent out.

“When we get that absentee ballot application, we’ll look them up in the system and then we’ll basically mark that we’re sending them an absentee ballot to that voter. So then the voter gets the ballot and they send it back to us. When it comes in, we scan it into that system that we received that ballot back and that’s how a voter can track online using ‘Where My Ballot;” it’ll track it when we sent it, it’s all feeding off that statewide voter registration system. So it’ll track it when we send it and when we scan it back in and receive it, it’ll say received. And then when the Absentee Ballot Board accepts it, we will scan it again to say it’s accepted and counted.”

“Isanti County has always had an Absentee Ballot Board that accepts or rejects, and the state allows the Absentee Ballot Board to be deputy county auditors or election judges from any of the major political parties. We’ve always done it in-house just for efficiency; we’ve got some ballots here, so let’s do an Absentee Ballot Board quick and do it,” Struss said. “Just with the volume we had this year and I knew there is potential for further inquiry into the absentee process, we did hire nine from each of the DFL party and the Republican party, so 18 total Absentee Ballot Board members. So they’ve been doing all the deciding if each absentee ballot that comes in if it meets all the criteria to be accepted.”

Struss said beginning at 8 p.m. Nov. 3, his office started printing the result tapes from all the absentee ballots that were received. He said every ballot counter has a USB drive that records all the data and election counts.

He said as each specific precinct brings in their ballot counters to the Isanti County Government Center, his office will take that USB drive as well as the USB drive from the absentee ballot counter. Those USB drives will then get uploaded into a specialized software that will merge the data from both USB drives. Once the data has been merged, the totals from that specific precinct gets uploaded to the Secretary of State website.

“When the virus started we had time to prepare, especially for the November election in particular,” Struss said. “We told staff it’s going to be busy; everyone’s going to be scrambling a little bit to do their regular job duties along with the additional work that comes with elections.”

Extra precautions at the polling locations this year due to COVID-19 included glass barriers at polling places, the wearing of masks and gloves, use of hand sanitizers, social distancing, disinfecting of surfaces and voters keeping the pen they are given.

“I’ve tried to emphasize to them (precinct election officials) that’s it’s more important that polling places are safe rather than fast,” Struss said. “It may be frustrating for voters that it seems the line is moving a little slower than it normally does, but that’s because they are taking extra time to wipe down surfaces and clean things.”