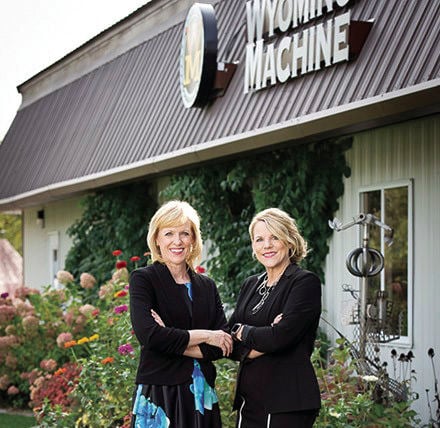 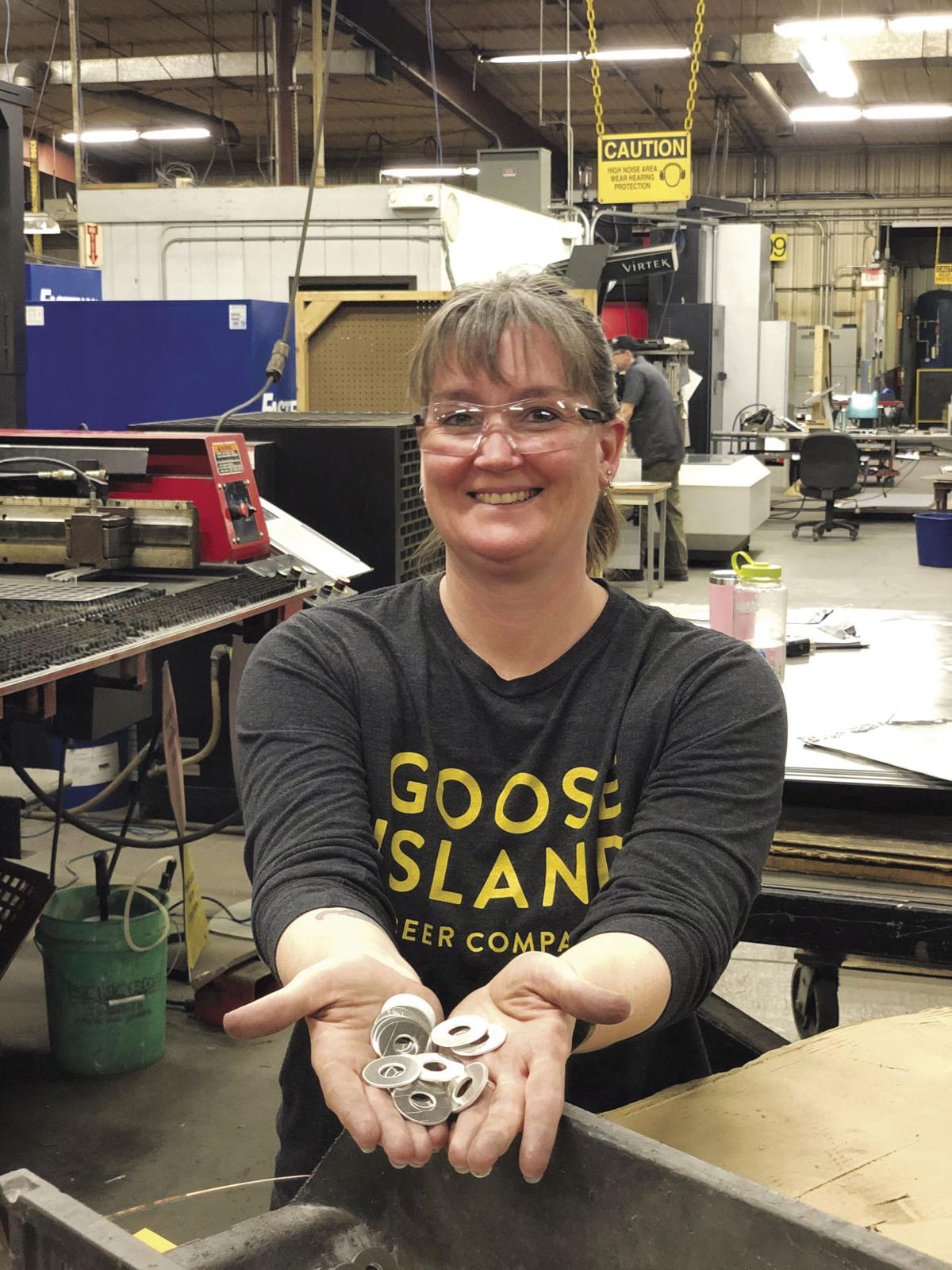 Melinda Ice-Andersen, from Wyoming Machine, is the machine operator who made the parts.

Melinda Ice-Andersen, from Wyoming Machine, is the machine operator who made the parts.

As Minnesota continues to maintain a stay-at-home order to buy time in the fight against COVID-19, two area companies are doing their part to fabricate parts used to make desperately needed hospital ventilators.

Wyoming Machine of Stacy and Ideal Industries of Princeton, two precision machine shops with long histories in east central Minnesota, have stepped up their parts production as the nation rushes to secure ventilators to aid seriously compromised patients who have fallen victim to the coronavirus.

Ventilators – machines that deliver and remove air from the lungs of patients in a serious health crisis – are often the last resort for their survival.

Both companies have received expanded parts orders from a California company that is a major international manufacturer of the breathing machines. Ventilator shortages are exploding across the United States as the pandemic spreads.

Traci Trapani, co-president of Wyoming Machine, said her company is in the process of fabricating 10,000 aluminum washer-like parts that are used to make internal ventilator components. The parts are being shipped to Ideal Industries in Princeton where they are incorporated into parts needed for ventilator internal devices.

The Princeton company is fabricating several internal parts that are used by the California company, said Tom Kipping, president of Ideal Industries.

“We’ve been doing this for well over 20 years,” Kipping said of the ventilator parts made in Princeton. Following the outbreak of COVID-19, Kipping said the company was soon hit with larger orders for parts. “We’ve been ramping up production. The orders are now fivefold. Everything is ASAP.”

An order is now on the docket for an additional 50,000 part segments that are needed in the intensified push to manufacture ventilators, he said.

Tapani confirmed the Stacy operation would soon gear up to meet their end of the expanded order for parts.

Kipping said the onslaught of work has required the addition of a second shift at the Princeton plant. He has 27 machinists working on the precisioned mechanical parts that are used internally in ventilators. But it is not just his shop and the parts coming from Stacy that make the effort work, he said.

In order to make the parts, Kipping said he is relying on a group of eight or nine material suppliers. “All our material suppliers are on board,” he said. “This is a big ventilator with a lot of volume. This is critical to get these ventilators made.”

Tapani said her company is proud to play a role in the effort to manufacture medical equipment urgently needed during a time of crisis. She said the role played by Wyoming Machine is just one small cog in a long list of parts suppliers needed to make the machines.

“We’re in that chain right now. … We feel super proud to be able to contribute something,” Tapani said.

Tapani said the work by her company and that of the Princeton shop is more proof that small manufacturing operations still have a place — a key place — in the United States economy. Both companies have received “essential” designation from the government as they go about their efforts.

Ideal Industries was founded in 1981in Princeton and specializes in close tolerance and precision computer numerical-controlled machining for a wide range of products, including many in the medical industry.

Wyoming Machine was founded in 1974 by Thomas Tapani in Wyoming and relocated to Stacy in the mid-1980s. Traci Tapani and her sister and co-president, Lori Tapani, daughters of the company founder, run the business today from their 55,000-square-foot plant, which has 56 employees. The company specializes in metal fabrication of parts for medical equipment and retail store fixtures.

The two companies are performing their duties with health concerns in mind. Both company presidents said they are taking extra steps to keep their plants clean and sanitized and making sure employees are observing social distancing practices and receiving updated medical guidance.

Tapani said she has moved some employees to the shop’s second shift to lower the number of employees on site at any one time. She has also taken steps to accommodate employees with child care issues due to schools being closed. Front office staffers and engineers are working at home for some shifts, she said.

All this has come in the last six weeks as the pandemic crisis exploded, she said.

“We didn’t realize what a big deal this was,” she said, looking back to early March. “We started to hear that this was going to be bad. We were genuinely worried as a manufacturer. Are we going to be able to go to work on Monday?”

That question was answered when the company received the “essential” designation and product orders arrived for medical equipment needs.

Kipping said Ideal Industries is taking all steps to protect workers and keep the workforce safe. If an employee does not feel well, they are told to stay home, he said.

“We don’t want our workforce to go down,” he said.

Kipping said he has nothing but praise for the effort his staff is contributing.

“My employees are doing an awesome job,” Kipping said. “If it wasn’t for these people, those products would not be going out the door.”