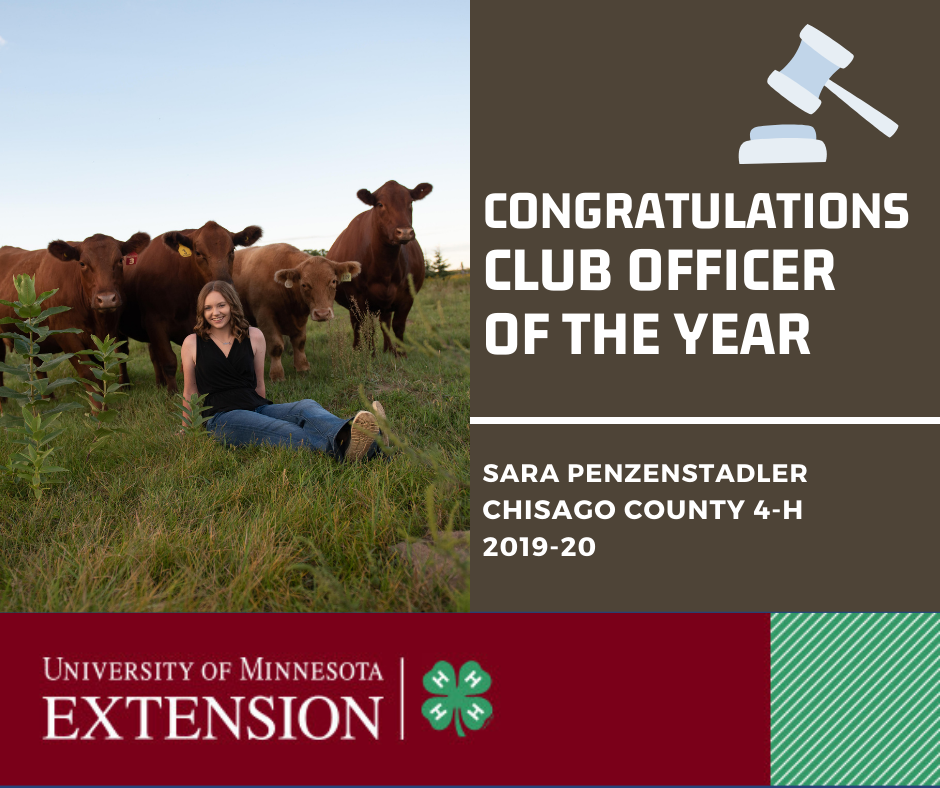 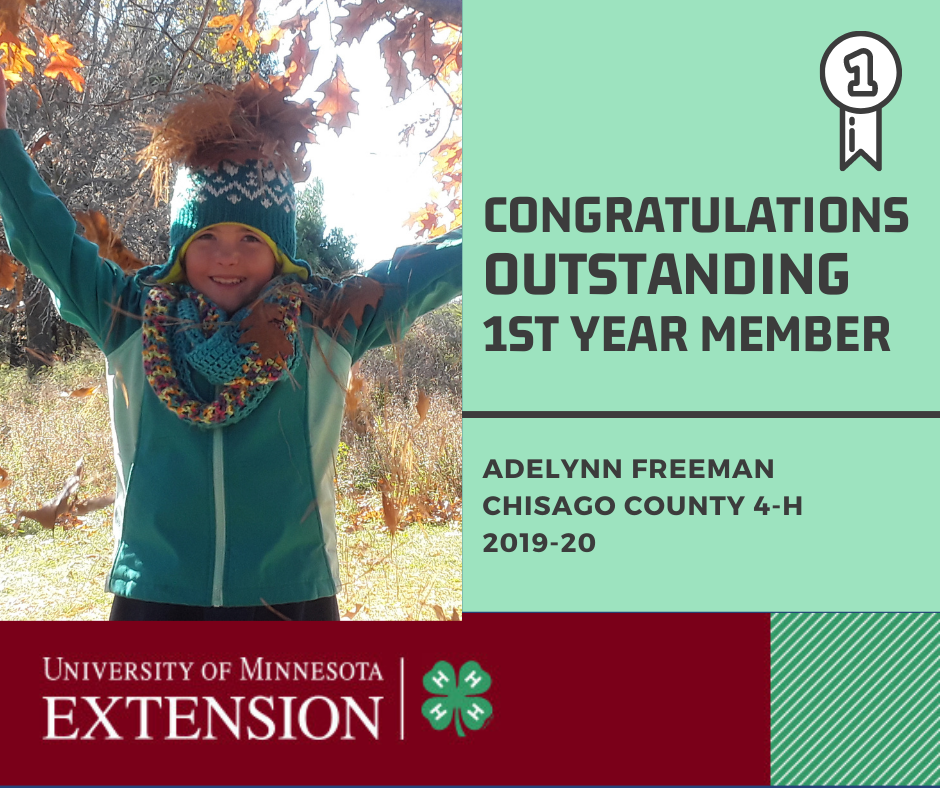 Chisago County recently named its 4-H Club Officer of the Year. This is a recognition for outstanding service and leadership as a club officer.

This person should have done outstanding work as a club officer. They should have attended most if not all of the meetings, kept excellent records, managed their duties well, etc.

What did the nomination say?

Chisago County recently named its Outstanding First Year Member. This is a recognition for outstanding involvement in their first 4-H Year (Cloverbuds are not eligible).

What did the nomination say?

Adelynn took a strong step this year in pursuing her own goals and interests. She was involved in many project groups this year and some for the first time. As a member of the Junior Lego Robotics team she used her experience to help mentor other kids who were new to the program.

Adelynn participated this year in several sewing workshops, completed her first quilt, joined the virtual summer programs (African Safari and Art Around the World), entered the Food and Bread Show and still found time to complete general projects to be judged at the Fair. It was her first year trying a shop project and she got a blue ribbon for her shelf. Beyond that, Adelynn also took another first step in leasing and working with Dairy Goats from Loft and Field Farm.

She had a fun time working with the goats and won the Showmanship class at the Summer Showcase. I was proud to see Adelynn make all of her projects this year and begin to take more responsibility and ownership for her 4-H career. She is well on her way to becoming a strong and well-rounded 4-H’er in Chisago County.