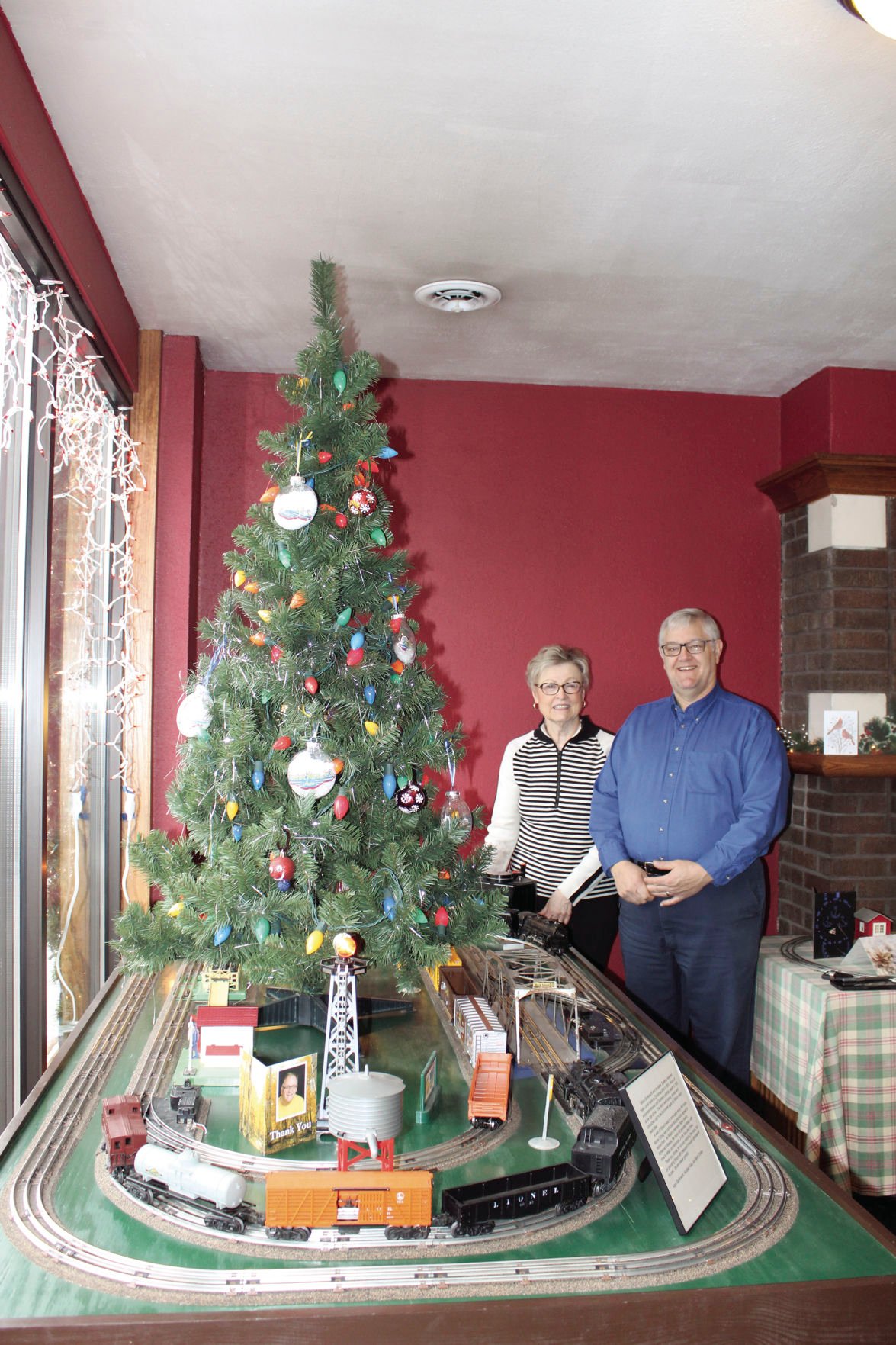 Karin Barfknecht along with Monte Dybvig with Wilson’s childhood train set on display at Dybvig’s auto shop in Cambridge. 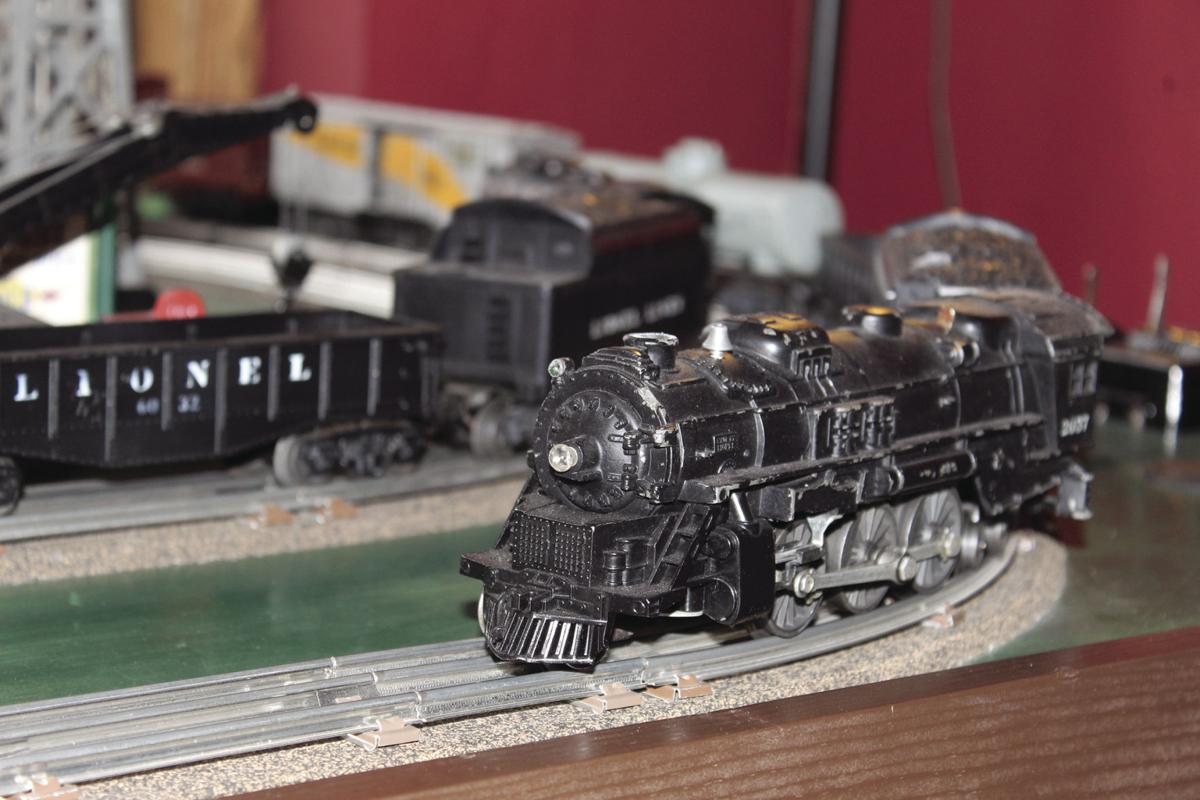 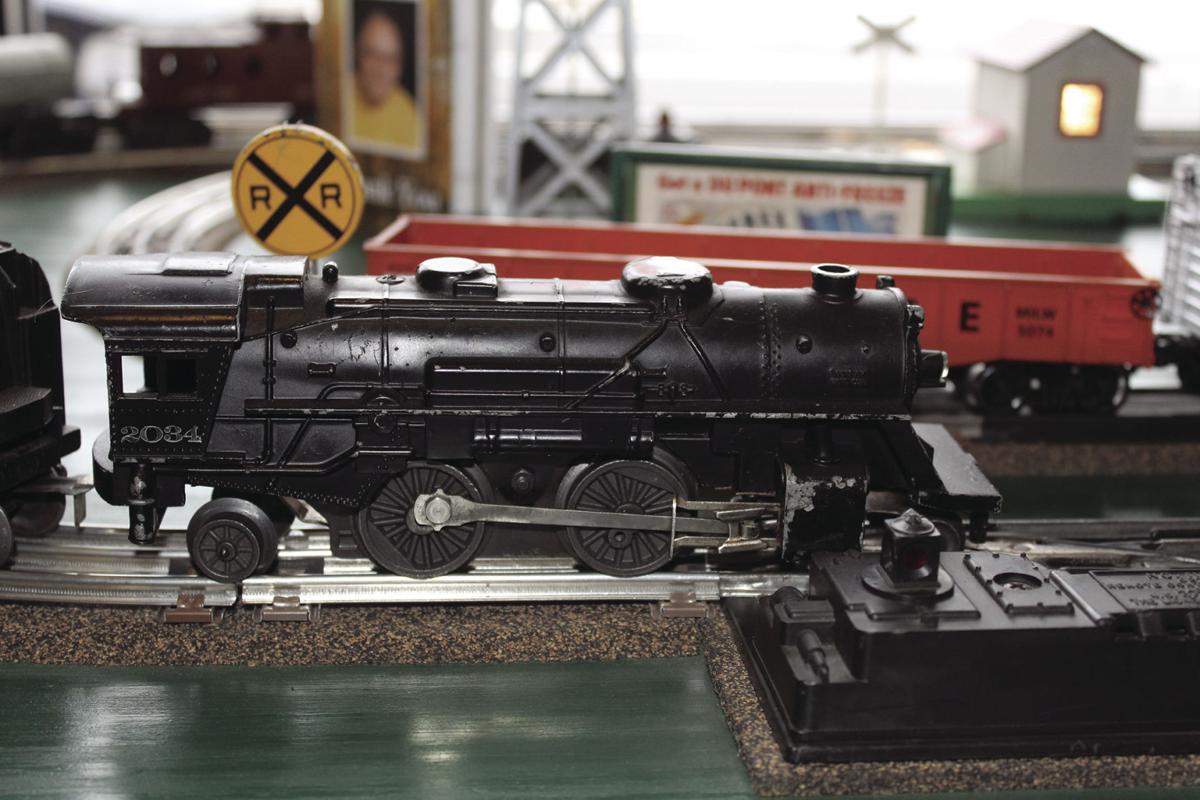 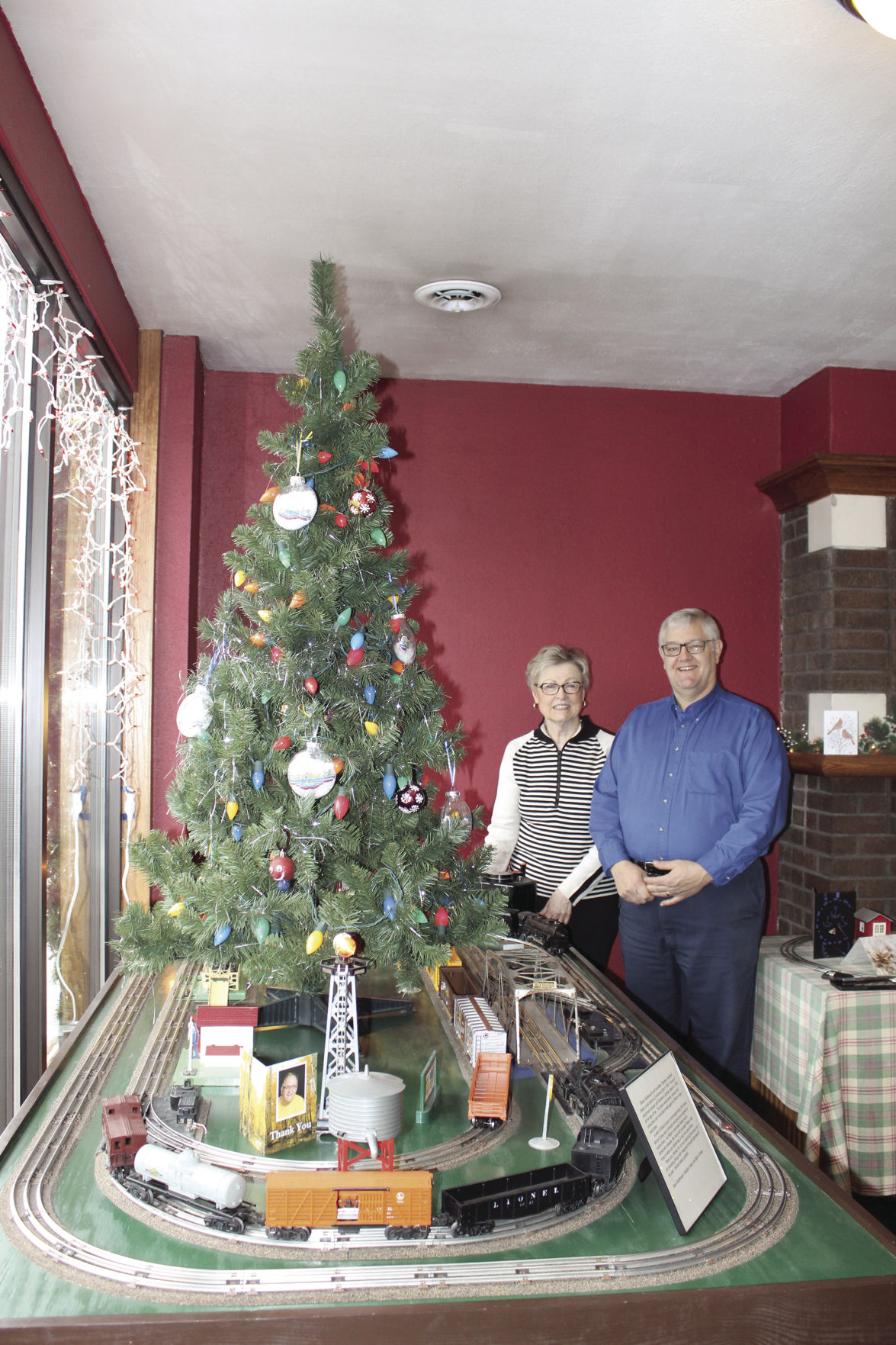 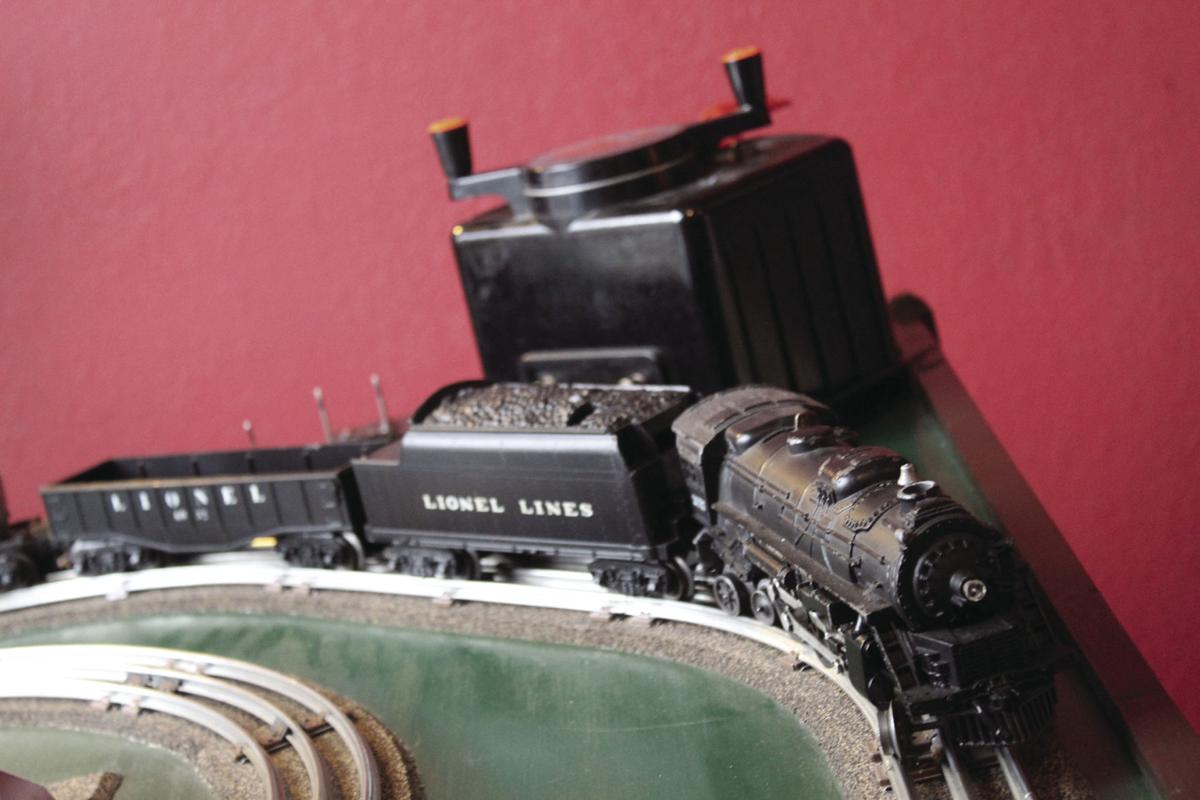 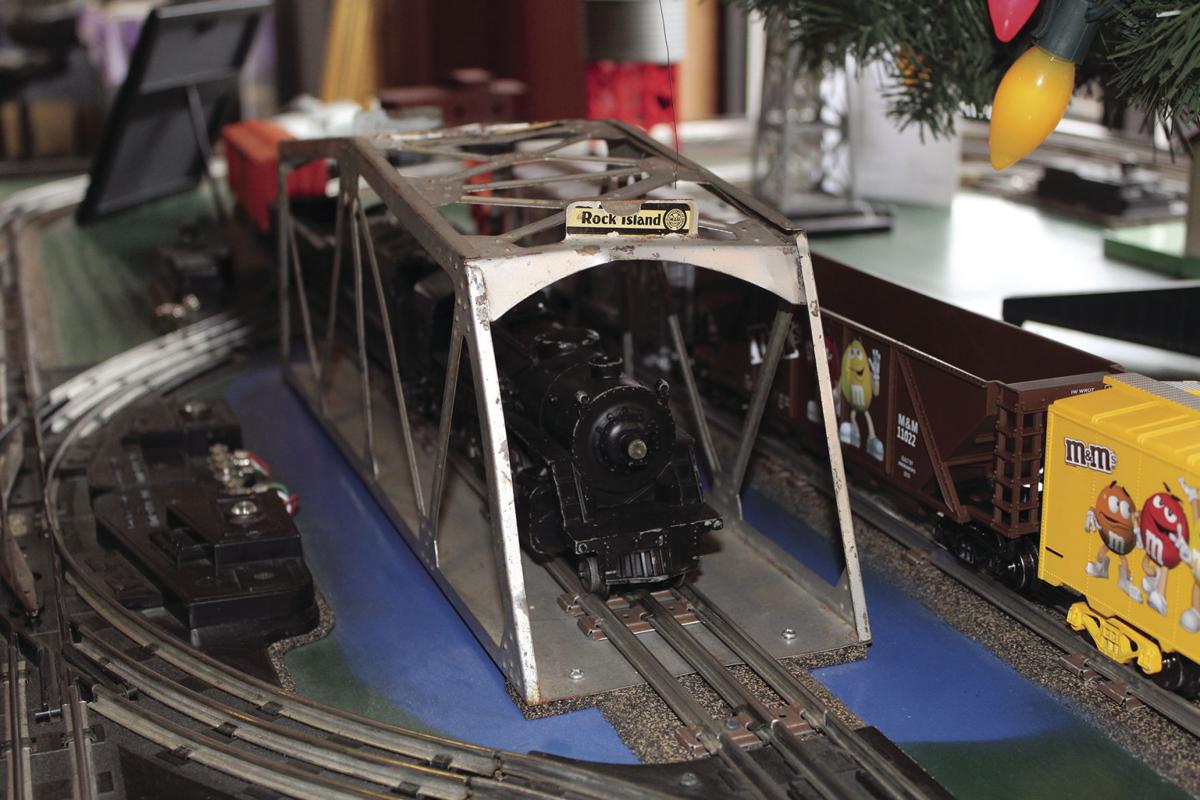 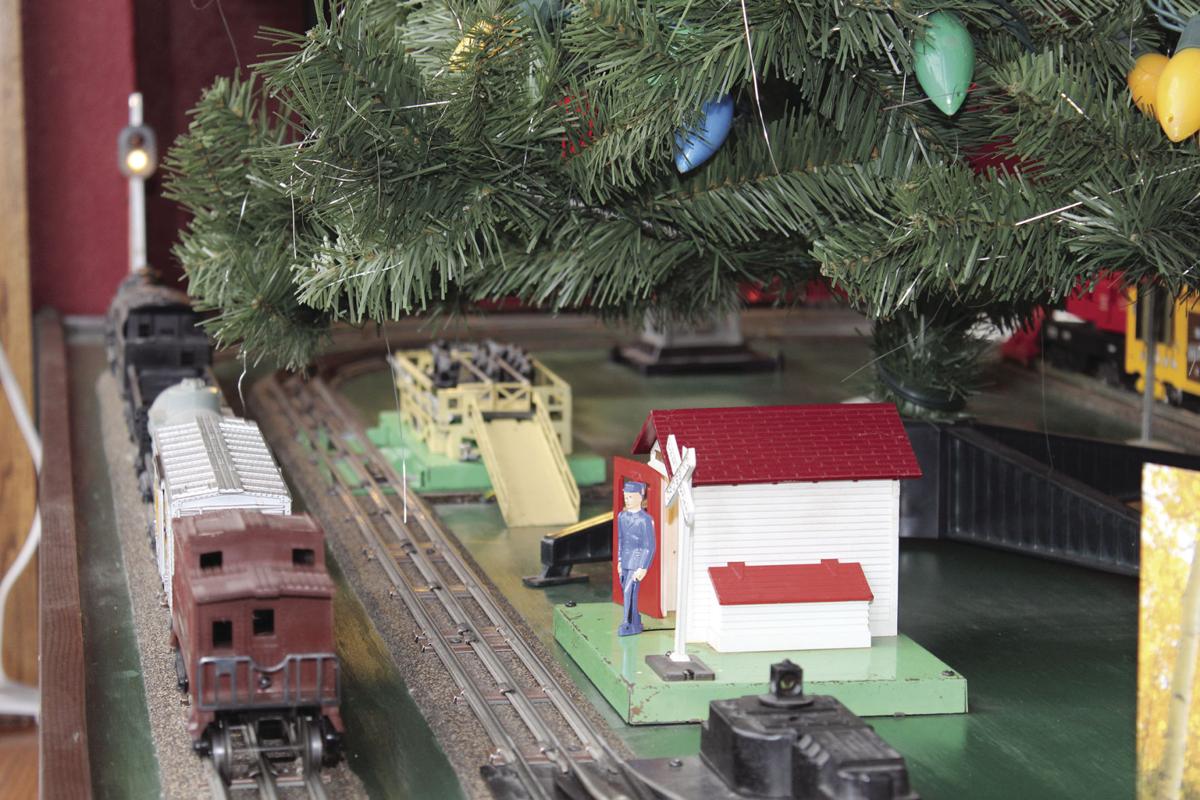 Karin Barfknecht along with Monte Dybvig with Wilson’s childhood train set on display at Dybvig’s auto shop in Cambridge.

With a box filled with trains from his childhood, Wilson Barfknecht, along with his wife, Karin, walked into Doctor Monte’s Auto Repair of Cambridge in hopes of having owner Monte Dybvig repair the trains and create a display table for them.

Not knowing what to expect, the Barfknechts put their trust in Dybvig in hopes that he’d be able to recreate the 1950s childhood memories of playing with trains for Wilson.

“They told me the story of Wilson’s sister, Darlene, who had kidney cancer, and their dad asking her what she’d like, which she said trains. Their dad bought two used Lionel trains; one for Wilson and one for her, and she died a couple years later,” Dybvig said.

“Wilson played with the trains with his sister for a couple years. They’d bring them out at Christmas and play with them, but when his sister died, they never brought the trains out anymore, so Wilson lost his trains,” Dybvig added.

“Wilson’s memories of the trains were all with his sister and playing with the trains together,” Karin said. “They played with them for a few years while she was sick, but then when she died I think it was too hard for their parents, so they had to put them away. Unfortunately Wilson was no longer able to use the trains until just a few years ago when Monte was able to return them to us in working condition.”

Wilson’s family kept the trains boxed up and put away until they gave them back to Wilson in the late ‘80s when the box again returned to storage, and then it began to collect dust in a crawl space at the Barfknechts’ home.

“We started cleaning out some of our stuff and we realized that we still had the trains. We took them out and then decided we would ask around to see if we could find anyone that repaired trains,” Karin said. “We heard that Monte had an interest in trains and could repair them; little did I know that it was going to work out.”

“We didn’t even know if they’d be able to run anymore — Monte really did a miracle job on them,” Karin added.

For Dybvig, in repairing Wilson’s trains he was not only able to bring back childhood memories back for Wilson, but for himself as well.

“They’re Lionel trains, so they’re meant to run forever; they were built really well,” Dybvig said. “I can even remember the day my dad bought me my first trains when I was 8 or 9 — that’s how I got into trains, and how I learned how to repair and run them, which is how I was able to fix Wilson’s.”

“I am always excited to see the old Lionels. I have all the tools to fix them, so I was excited when they asked me to help,” Dybvig said.

“I think it took about eight months, maybe a year, for him to fix them, but it was much better than having them sit in a box somewhere,” Karin said.

“Most of the time was spent making the layout. The trains, that didn’t take too long to get them up to speed,” Dybvig said. “Everything needed a really good cleaning and lube. The motors and brushes had to be cleaned, some coupler repairs and a few parts needed to be replaced. The biggest challenge was the cattle car, which loads cattle remotely from the corral into the car; I don’t know how many days I spent on that to get it working.”

The tabletop Dybvig custom made for the trains ended up to be an 8-foot-by-4-foot layout including the track and accessories for the landscape.

“We bought a couple M&M cars from Menards to fill it out, but otherwise everything else is original,” Dybvig said. “When I was done, we delivered it to the Barfknecht’s house. We had to twist and turn the table so we could make it down the stairs. It was difficult, but we were able to get it in there.”

Once the train table was set up in the Barfknechts’ basement, it took a while for Wilson to stop staring at them in amazement and begin to drive them, but once he did, it was something that became an everyday activity that he invited Karin to be a part of.

For four years the trains and display were set up in the Barfknechts’ home where Wilson was able to relive some of his childhood memories, along with Karin, for about four years before Wilson moved into a living facility.

“It was such a treasure to have the trains running again and seeing Wilson so happy; it really was a miracle,” Karin said.

When Wilson moved to Walker Methodist – Levande in Cambridge, his family wanted to make sure his memories of the train set lived on.

“We thought, we’ve got to find someone that really likes trains, and I told the kids that we’ve got to find someone that really wants some trains. I called Monte to ask him if he knows any secondhand dealers or anyone that you think would want to buy the trains,” Karin said. “I think in the same conversation when I asked him if he knew anyone that wanted to buy the trains he said, ‘I do.’”

After talking to her children, Karin knew what she wanted to do with the trains.

“Monte had just given us two or three good years for Wilson to enjoy his trains before he went into the memory care unit, so I asked my daughter Kersten, what do you think about just giving them to Monte? She said she couldn’t think of a better idea, so I asked Monte if he’d take them with our blessing.”

“For what he gave to us, those last few years was amazing,” Karin said.

Wilson and Karin spent days in their chairs downstairs running the trains and making their own memories as well as Wilson sharing his memories from childhood.

“We had our chairs right downstairs in front of the trains. Every day Wilson wanted to run those trains, and that’s a memory I will have forever,” Karin said.

On Wednesday, Nov. 6, 2019, Wilson Paul Barfknecht Jr., passed away at age 72, leaving his wife, children and grandchildren with years worth of memories, including watching his childhood Lionel trains traveling around the tracks.

Wilson’s trains are now on display for the community to enjoy at Doctor Monte’s Auto Repair at 115 Main St. N., Cambridge.