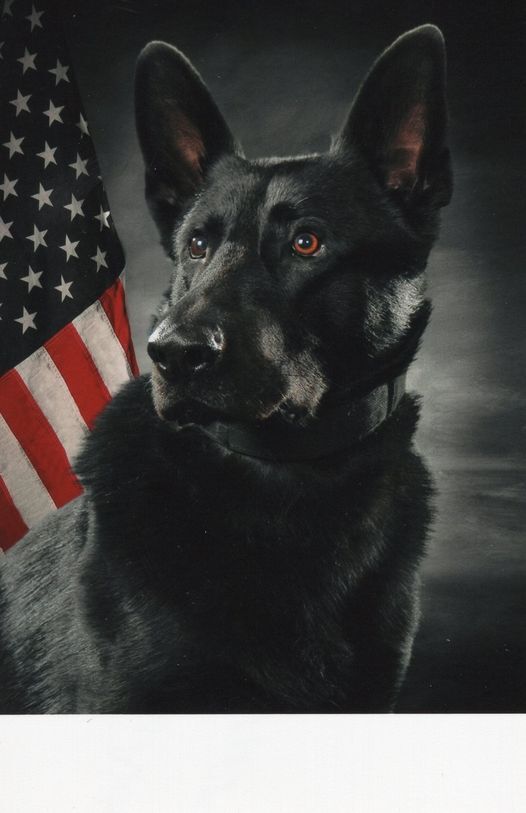 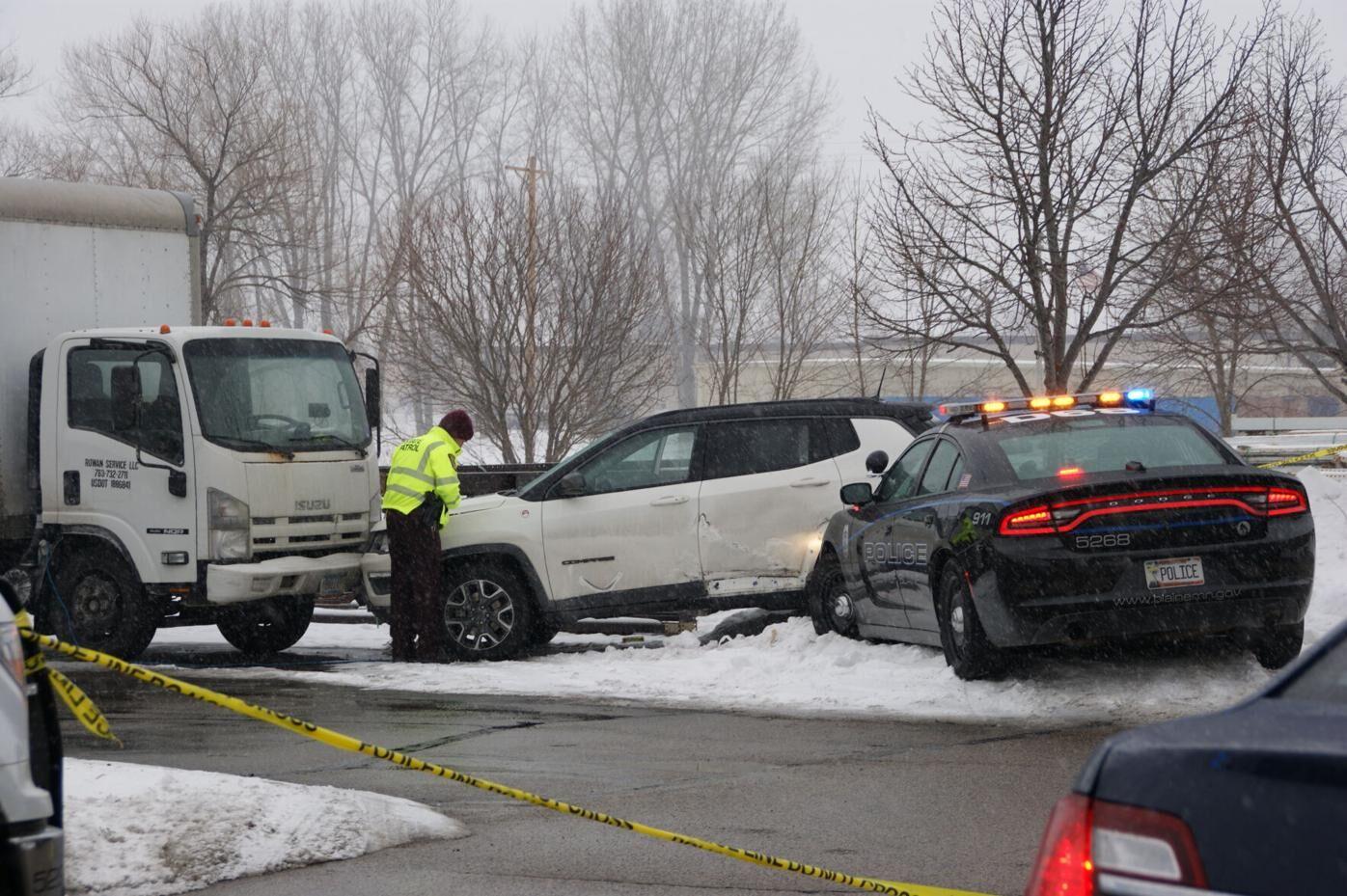 Police say two men were involved in a theft at Kohl's in Blaine on Feb. 21. According to police they left the store in a stolen vehicle, shown above. Photo by Mark O'Dell, Twin Cities Fire Wire 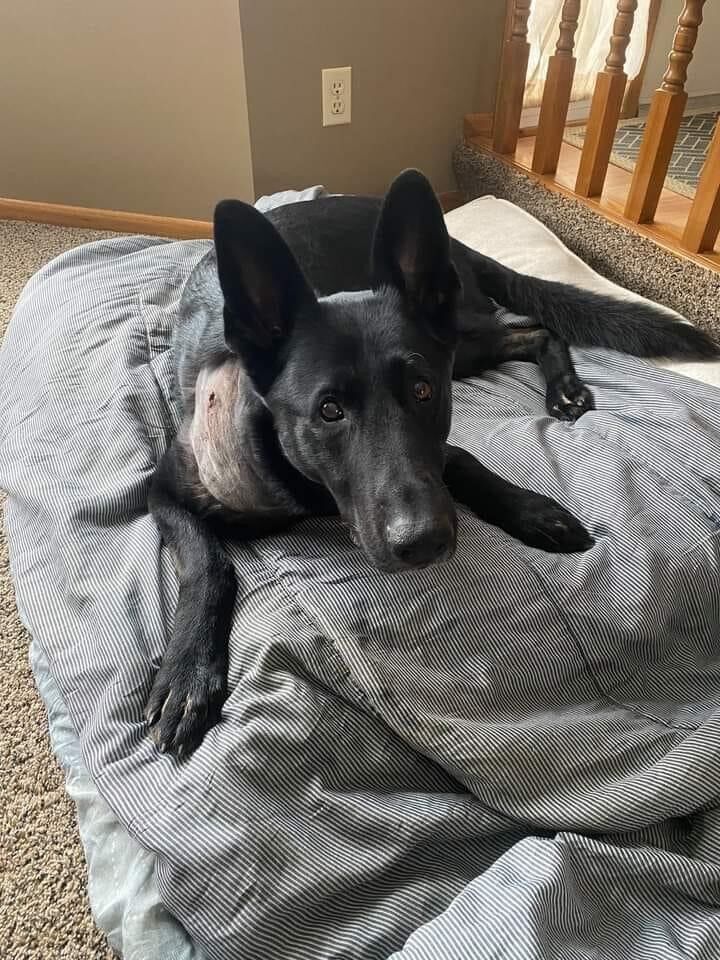 Anoka County K-9 Bravo has been released from the Minnesota Veterinary Medical Center and is home with his handler recovering from his injuries. 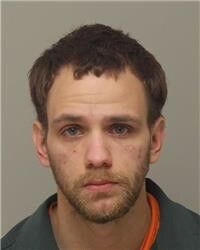 Police say two men were involved in a theft at Kohl's in Blaine on Feb. 21. According to police they left the store in a stolen vehicle, shown above. Photo by Mark O'Dell, Twin Cities Fire Wire

Anoka County K-9 Bravo has been released from the Minnesota Veterinary Medical Center and is home with his handler recovering from his injuries.

Update: The Midwest Medical Examiner’s Office has identified the man who died during an officer involved shooting incident on Feb. 21 in Isanti County. Dominic Lucas Koch, 27, of St. Croix Falls, Wisconsin, died of homicide due to multiple gunshot wounds.

The BCA investigation of the officer involved shooting incident is ongoing. Additional information, including the names of officers who discharged their firearms, will be released once the initial round of interviews is completed.

There is both body camera and dash camera footage of the incident.

Once the BCA investigation of the officer involved shooting is complete the BCA will present its findings without recommendation to the Isanti County Attorney’s Office for review.

Update: Joseph William Heroff, 26, of Hammond, Wisconsin, was charged Feb. 23 in Anoka County District Court with one count of first-degree aggravated robbery and one count of fleeing police. Both of these charges are felonies. Bail was set at $500,000 with no conditions. Heroff’s next appearance is set for March 15.

Heroff was one of two individuals involved in Sunday’s incident, which began in Blaine (Anoka County) and ended near Braham (Isanti County). The Anoka County Attorney’s Office will not be releasing any information on the second individual – beyond what is in the criminal complaint – or the concurrent investigation being conducted by the Bureau of Criminal Apprehension.

One person is dead and another is in custody following a police pursuit that started near the Kohl’s department store in Blaine and ended near highways 65 and 107 in Braham.

According to a press release from the Isanti County Sheriff’s Office, at 12:58 p.m. Feb. 21, the Blaine Police Department responded to a theft call on the 10300 block of Baltimore Street Northeast. Officers located two suspects, who fled in a stolen vehicle. The suspects then carjacked another vehicle at gunpoint in Blaine near the Menard’s parking lot area, just south of Kohl’s. The suspects fled as officers attempted to stop them.

Due to the severity of the crimes, officers pursued the suspects on Highway 65, north of Highway 107 in Braham, in Isanti County. The suspect vehicle became disabled. Two adult males fled the vehicle and shots were fired, striking an Anoka Police Department K-9. One suspect was shot and pronounced deceased at the scene while the other suspect was taken into custody. A weapon was recovered at the scene.

Caulk said once the sheriff’s office got the call, the next step would be for Isanti County deputies and local police officers to head toward Highway 65 and see if they could assist in the matter.

“Knowing what they knew at the time, they would be, by policy, be allowed to participate in this agency assist or chase, because it meets our policy standards of

being involved,” Caulk said. “They were heading to go help out. They just weren’t on Highway 65 right when it happened, so they had to drive and get there, so they actually never were able really to get into it, because they just were not in the area when it came out. They eventually caught up at the tail end of it, after actual shots were fired after that, but they were not involved in the actual incident itself.”

Caulk said he personally went to the scene in Braham.

“This is a horrific incident that involved a death, and that’s very, very unfortunate; however, from what I could see as sheriff I appreciated the professionalism of all involved. They handled themselves the best they could in a very critical and high-risk situation.

“I met with the Blaine police chief right away; he and I had a conversation. Jeff Edblad (Isanti County Attorney) was up there because he needed to meet with the BCA, because ultimately they submit a report to the county attorney to review it and he has a decision that he makes based on the law. John Elder came up as a mutual aid assist from the Minneapolis Police Department to help with the public information aspect of it. All in all, the work got done, it got done very professionally, and it continues to be a very active investigation,” Caulk continued.

Caulk said the Bureau of Criminal Apprehension will take the lead on the officer-involved shooting.

“Because there was a death that happened in Isanti County, the jurisdiction does fall onto me as the sheriff and the BCA, but because it’s an officer-involved shooting the BCA will take the lead and we will be an assisting agency to them,” Caulk said.

Caulk said charges involved with the incident will be handled through the city of Blaine and the Anoka County Sheriff’s Office. He said the only charges that would come through Isanti County would be if any are filed in regard to the review and circumstances associated with the officer-involved shooting.

“They did have to make some decisions in a matter of seconds in this situation because it was such a fast, evolving event,” Caulk said.

This is a developing situation that involves several jurisdictions with multiple crime scenes. More details will be released in the coming days.

“Carjackings alone are certainly very scary and I would even be one to say it’s even become a pandemic in itself with what you see around the state and other states at how dangerous and frequent, unfortunately, this is happening,” Caulk said.

Anoka K-9 Bravo suffered a gunshot wound and was initially rushed to the BluePearl Pet Hospital in Blaine and then transferred to the Minnesota Veterinary Medical Center, according to updates from the Anoka Police Department.

On Feb. 22, Anoka Police Department released information on Bravo that stated, “The bullet nicked his trachea, and caused some soft tissue damage, but they believe it will heal on its own. No surgery at this time for Bravo. Bravo has been released from the hospital and will go home to begin the healing process with his handler. We would like to thank the U of M Veterinarian Hospital and BluePearl Animal Hospital of Blaine for their quick response and expertise with our hero K-9 Bravo.”

The Anoka Police Department thanked the public for their concern about Bravo with a message also posted on their Facebook page.

“We want to thank the thousands of people who have wished K-9 Bravo well and have expressed their thoughts and prayers for his speedy recovery,” the message said. “We hear you and we feel your sadness and admiration for our friend and partner Bravo. We are confident that extreme acts of bravery were displayed yesterday Feb. 21, 2021. We are also confident that K-9 Bravo preformed his duties with the greatest act of heroism. K-9 Bravo is not only a partner to our Anoka Police officers, he is our friend and has become the de facto therapy dog for the department.”