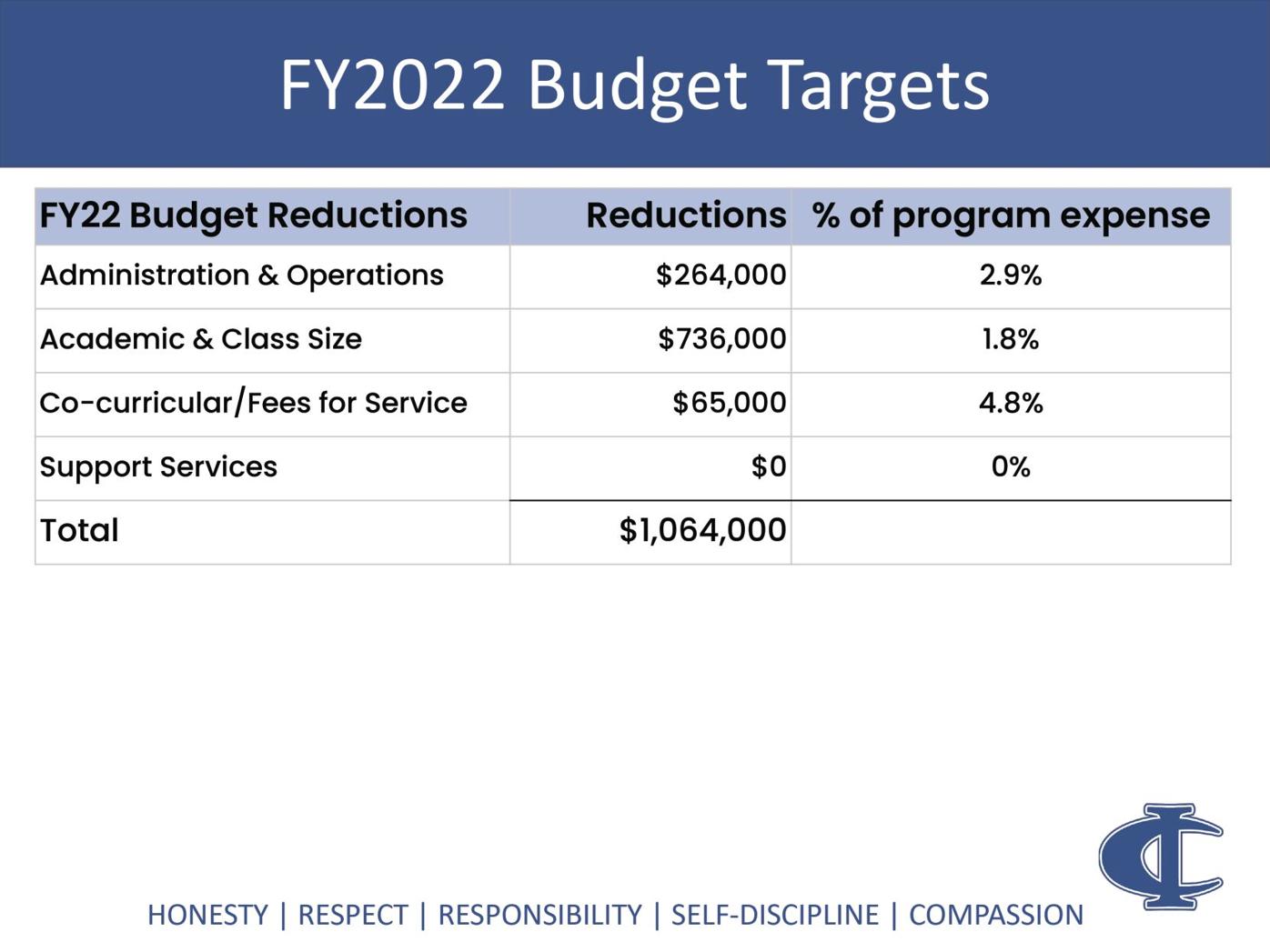 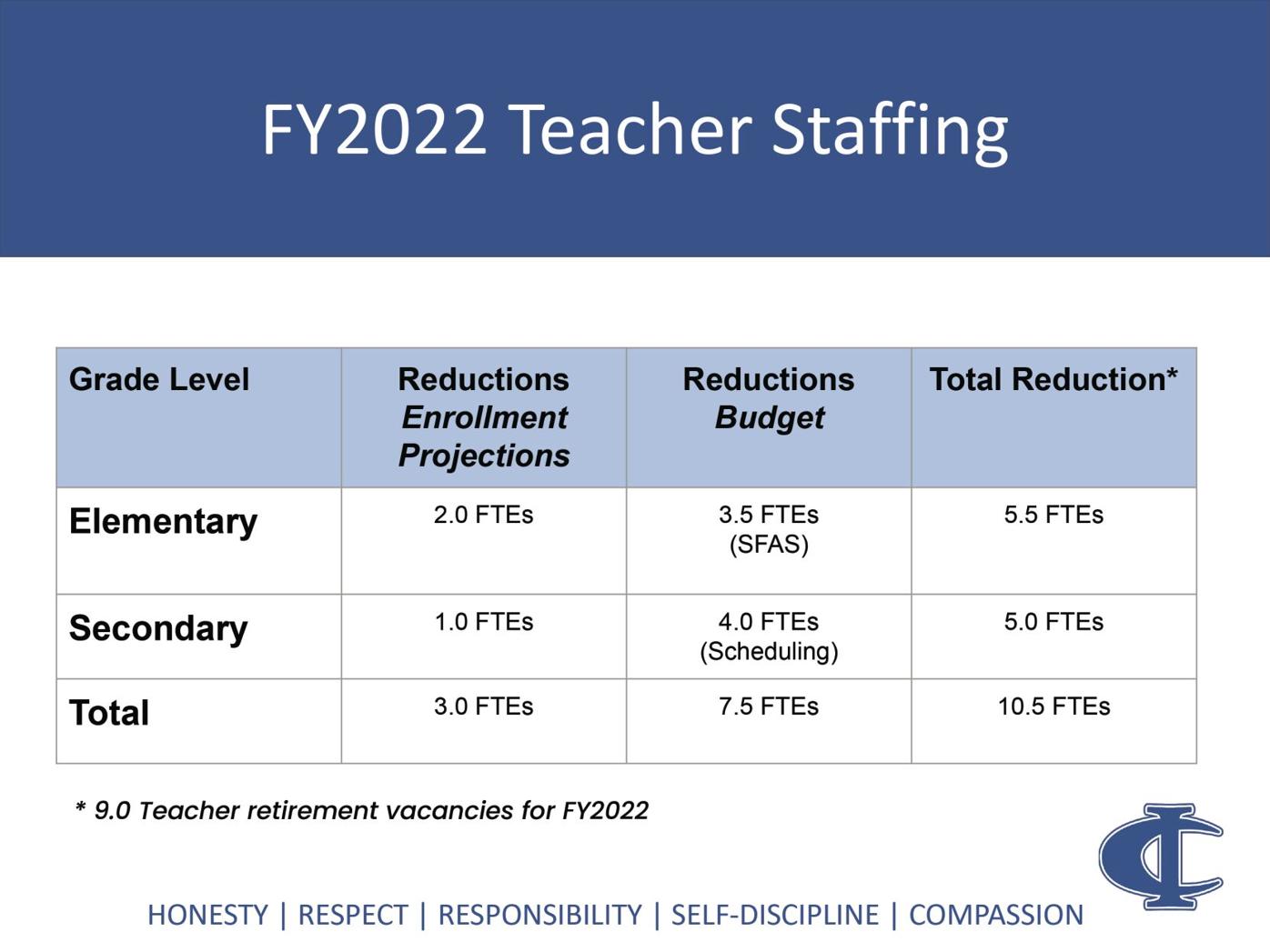 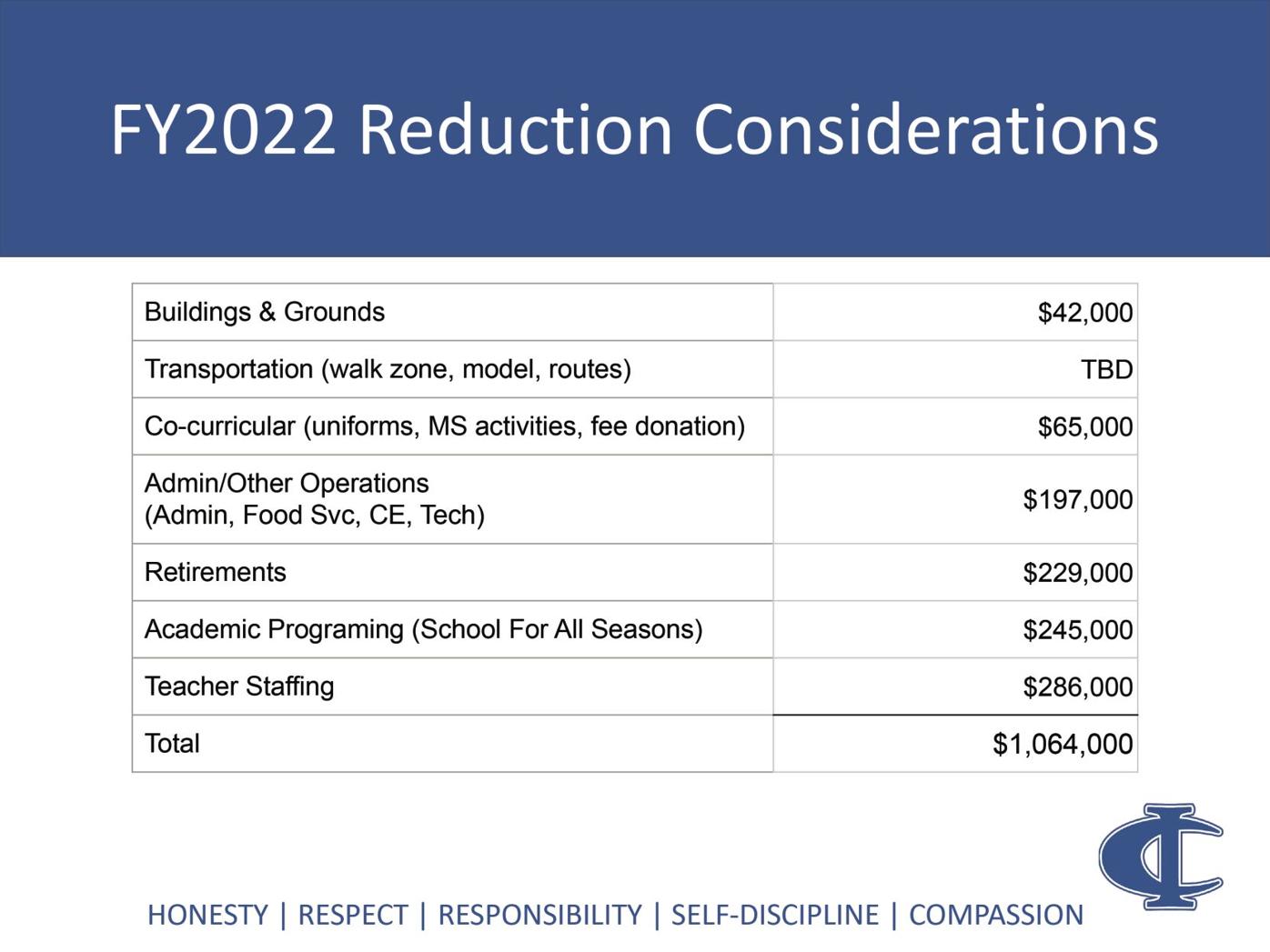 As was relayed during the November 2020 Cambridge-Isanti Schools operating referendum campaign, if the referendum does not pass, the district will need to cut $1.7 million from its budget for fiscal year 2022 to balance the budget.

The referendum did not pass, so the Cambridge-Isanti School Board is now facing the implications of that failed referendum as preliminary budget recommendations for fiscal year 2022 totaling $1 million were presented during the March 25 board meeting.

“It’s important that we understand that that $700,000 will come back on top of our $1.7 million structural deficit next year,” Rudolph said. “It doesn’t go away. It shows back up. We are essentially deferring the expense for another year. And we are doing so because we’re balancing where we are and how much we’ve already cut with trying to get through this year. We’re intentionally utilizing this strategy to reduce the impact on students for the 2021-2022 school year and without a new revenue solution that will be deferred and added on to account for next year. We recognize that by doing so, we may face deeper cuts for fiscal year 2023. This allows us to make less of an impact on students in this moment and continue to find ways to become more efficient and continue to find ways to move it forward.”

“We recognize that we have a revenue problem, but to reiterate, the only lever that we have at this moment, in the short term at least, is our expense side of things,” Rudolph said. “We know that we’re facing a revenue problem rather than an expense problem. Unfortunately we are charged with making additional cuts at this time to balance the budget for fiscal year 2022.”

Kampa said the district does not know at this time if there will be any increases in the state funding formula for next year; he said typically the increase has been 2%.

“We don’t know if we’ll receive additional COVID support and we don’t know what sort of restrictions are going to be placed on that, so does it help us or hurt or not,” Kampa said.

Kampa also noted there is uncertainty surrounding enrollment numbers for next year. He said the district has lost students this past year due to homeschooling and online learning schools, so the district is unsure of how many of those students may come back next year.

As for the budget reductions, Rudolph said there are school district functions that are required and mandatory under state and federal law. He said as the budgeting reduction process moves forward, all parts of the district will be considered.

“We’ll commit to personal and proactive communication with individuals who will be directly impacted,” Rudolph said. “We’ll work cooperatively with employee bargaining groups and leaders to review the process and intended actions.”

Rudolph said the district website will provide up-to-date information and be utilized to gather feedback and answer questions. He said the community task force will be engaged and in-person staff meetings and virtual public forums will be held.

“Now due to a need for further reductions and declining enrollment, we need to consider the School for All Seasons program once again. The reduction represents $245,000 and includes both personnel and operational savings,” Rudolph said. “We will be surveying families and meeting with them the next week to think creatively about alternative options and family priorities as we consider cost savings for the program and how we could meet family priorities in new and different ways.”

For the purposes of teaching staff for the 2021-2022 school year, the district is looking at reducing 10 1/2 full-time equivalent positions (FTEs).

The district is proposing to eliminate five and one-half FTEs at the elementary level, with two due to declining enrollment and three and one-half due to budget reductions.

The district is also looking at reducing five FTEs at the secondary level, with one due to declining enrollment and four due to budget reductions. Rudolph said staffing notifications will be done on April 16.

Rudolph stressed staff and community engagement will be taken into consideration during the budgeting process the next few weeks through online feedback, staff meetings, board presentations and discussions and virtual public meetings. A virtual public forum will be held at 6 p.m. on April 7, with the link being provided on the district website.