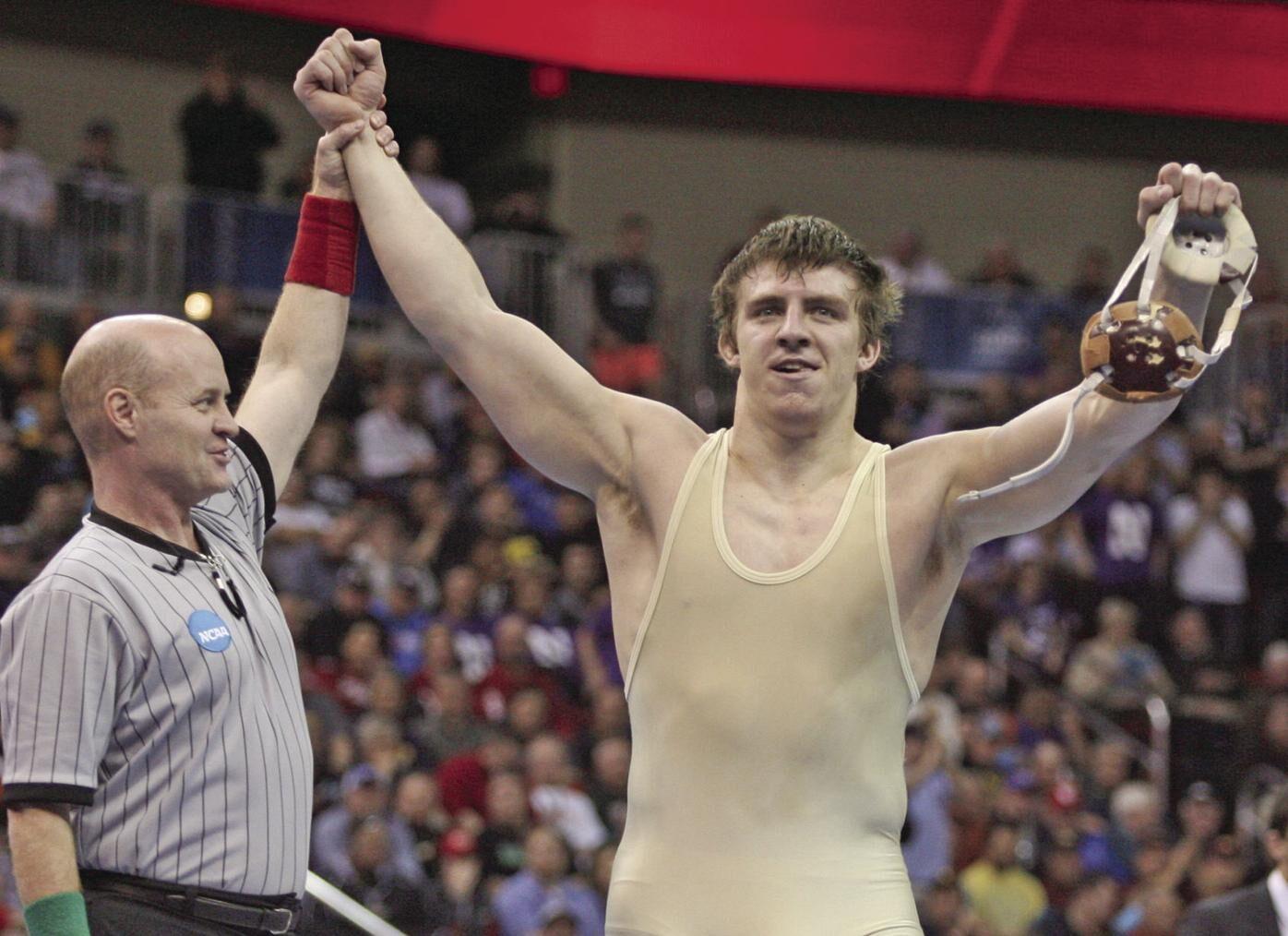 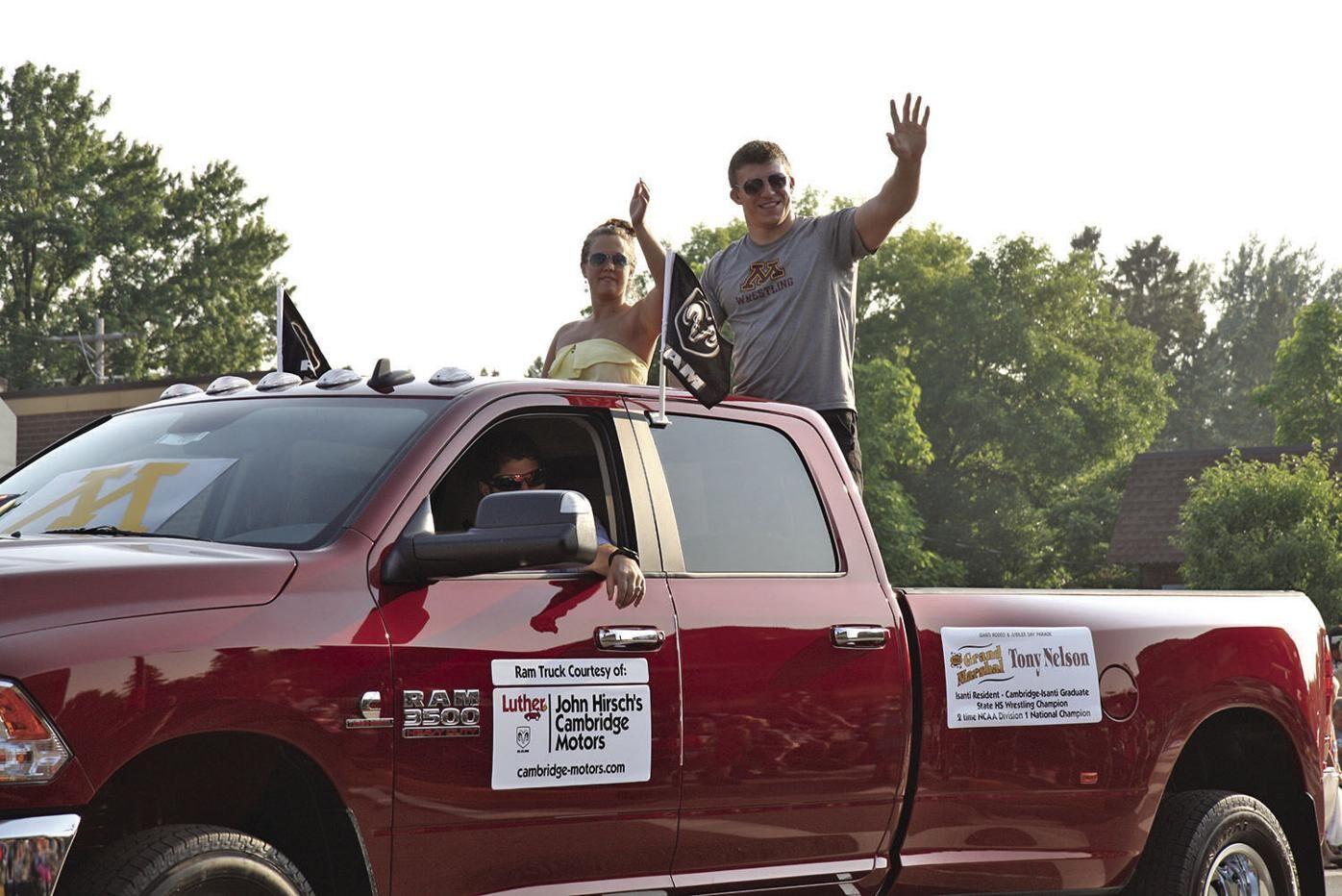 “Life itself is the most wonderful fairytale.” – Hans Christian Andersen

Tony Nelson was hoping for a storybook ending to his amazing wrestling career.

The Cambridge-Isanti graduate, who won titles in high school and college, pushed for a berth on the U.S. Olympic team that will compete in Tokyo later this summer. But Nelson fell just short in the Olympic qualifying tournament held in Fort Worth, Texas, in April.

“I’ve come to grips with it some, but it’s still hard because of the time I put into it,” Nelson said. “It was a dream, and I put a lot of effort into it. You always want the best. But I’ve got my family, and I’ve got a lot of important things I can take care of now. I’m in a good place, but I still struggle with it.”

It was a disappointing ending, to be sure. But in no way should the end of Nelson’s career diminish all of his achievements at the high school, college and international levels. The 2009 C-I graduate won two state titles and had a 141-18 record for the Bluejackets before signing with the University of Minnesota.

With the Gophers, Nelson had a 131-16 career record and won three Big Ten titles as well as two NCAA titles, earning All-American honors in all four college seasons.

And then on the international stage, Nelson finished third at the U.S. World Team Trials and won gold at the 2020 Pan-Am Championships while consistently faring well in competitions around the globe.

“I feel Tony is one of the best athletes this area has ever produced,” said Neil Jennissen, Nelson’s coach at Cambridge-Isanti. “When you consider he was a four-time college All-American, and nearly a three-time NCAA champion, that’s just incredible.

“If we see another athlete like Tony come out of this area, we will have been blessed.”

Jennissen said having Nelson as part of the Cambridge-Isanti wrestling program was a dream come true.

“In eighth grade he already weighed 145 pounds, and I’ve never seen anyone except Tony continue to get not just bigger and stronger, but continually better,” Jennissen said. “But it’s more than just strength: I’ve seen him do tumbling runs that show he has great athleticism for someone his size.

“I know the Patriots and Browns gave him tryouts, and if football had been his passion, he would have played in the NFL on Sundays.”

But Jennissen said Nelson’s contributions to wrestling at C-I went beyond personal wins and losses and titles.

“Tony always was really team-oriented; it always was about ‘we,’ not ‘me,’ with him,” Jennissen said. “In high school, at the end of practice he would always take over the team and have them do just a little something extra to add to their workout. When the team was running, he was always out front, and you don’t often see that in a big man.

“I remember in 2008 we had a match against St. Thomas-Albertville, and Tony won the match that gave us the conference title. It was late at night after a long day, and I told the team to make sure they got their rest. I told them I would have the weight room open at 6:30 the next morning if someone wanted to come it.

“So who showed up at 6:30 the next morning? Tony Nelson. And I know he still had homework to do the night before, so he stayed up after the match to do homework. But that shows you the hard work, the focus, and the dedication he brought to wrestling.”

Jennissen said he marvels at what Nelson has been able to accomplish in wrestling. And while his setback at the Olympic Trials is still fresh, Nelson knows he will have nothing but fond memories of his wrestling career as well.

“When I sit down and think about, I know the things I’ve been able to accomplish in the sport have been awesome,” Nelson said. “You always want more, but the journey I’ve been on and the environments I’ve experienced have been special.”

And it came to pass …

Nelson’s preparations for the Olympic Trials were greatly affected by the COVID-19 pandemic, which delayed the event by a full year.

“It had definitely been a unique year with training, but I got a few competitions in February and March,” Nelson said. “Having those competitions under my belt gave me more confidence.

“I was ready to go and just see what happened.”

Nelson got a bit of a bad break when he faced Dom Bradley in the first round at the Olympic Trials and lost by a 4-3 score.

“That’s a guy I’ve had a lot of close matches with,” Nelson explained. “I gave up a point in the second period, and it was hard to come back. I was happy with my comeback, though.”

Knowing that his Olympic dream was out of reach, Nelson continued to wrestle anyway. And he wrestled well, knocking off Greg Kerkvliet 3-1 to advance to the third-place match, where he lost to Mason Parris by a 6-3 margin.

“Losing the first match, you realize you can’t make the team,” Nelson said. “But the way I’ve been raised and have been coached is that you don’t call it quits; you finish what you started. I had strong feelings – I just didn’t want to be there anymore – but I was able to go out and wrestle well and almost take third place.

“I was really happy that I was able to pull it together and finish it the right way.”

Another Minnesota native, Gable Stevenson, won the Olympic berth at heavyweight. Stevenson won the NCAA title with the Golden Gophers this past spring, and Nelson has been his training partner during the run-up to the Olympics.

“I’ve known he’s had that potential, and I was excited for him,” Nelson said of Stevenson. “I’ve trained with him for a long time, and I believe I’ve helped him along the way. You want to root for someone who has been on the journey with you.”

And he lived happily ever after

While there will not be an Olympic gold medal in Nelson’s future, there certainly will be a “happily ever after.” What that means for Nelson and his family is uncertain, though.

“What’s next? That’s the question I’ve been pondering – and it’s a good question,” he admitted. “I guess I’m looking for opportunities; I want to find a good fit, and when I do I will put 100 percent into it.

“I’d like wrestling to always be a part of my life, and I’ve enjoyed helping others learn about wrestling and life. I always want to have that avenue. I don’t know if [coaching] full-time wrestling is the avenue for me; but it’s hard to walk away from something that has been a part of your life for 25 years.”

Nelson, who will turn 31 in September, has a degree in mechanical engineering, as well as the experience tutoring an Olympic wrestler in Stevenson. But he also has a family that includes his wife, Kristi, and three children: daughters Elsie, who is 5, and Hattie, who is 3, along with son Knox, who is almost 2.

“Being home with my kids has been awesome,” Nelson said. “It’s been weird to not train on an everyday basis. But I’ve enjoyed the time with my kids – and I think they enjoy having Dad around more.”

While the next step is still to be determined, Nelson’s look back on a fantastic journey spurred him to thank those who helped him along the way.

“I’m very fortunate, lucky and thankful for all of the people I’ve had in my life,” Nelson said. “They have supported my wrestling journey for a long time. I especially thank my wife, Kristi, for taking care of the family while I’ve been training and traveling.

“And I thank all of the coaches I’ve had, because I never could have reached the heights I reached without all of their coaching and support.”