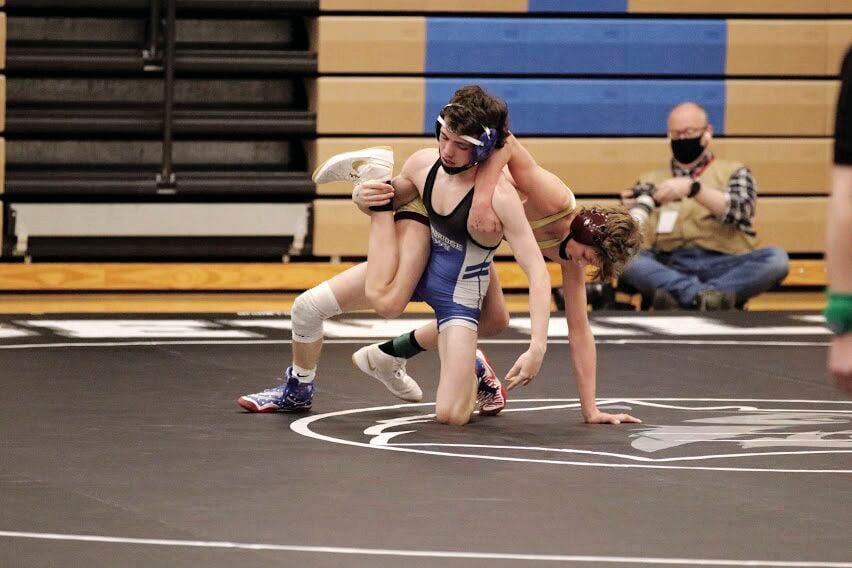 Cambridge-Isanti freshman Leo Edblad takes on Northfield’s Andrew Barron in the consolation round of the Class 3A state tournament hosted by St. Michael-Albertville High School on Thursday, March 25. Photos by Rachel Brisbois 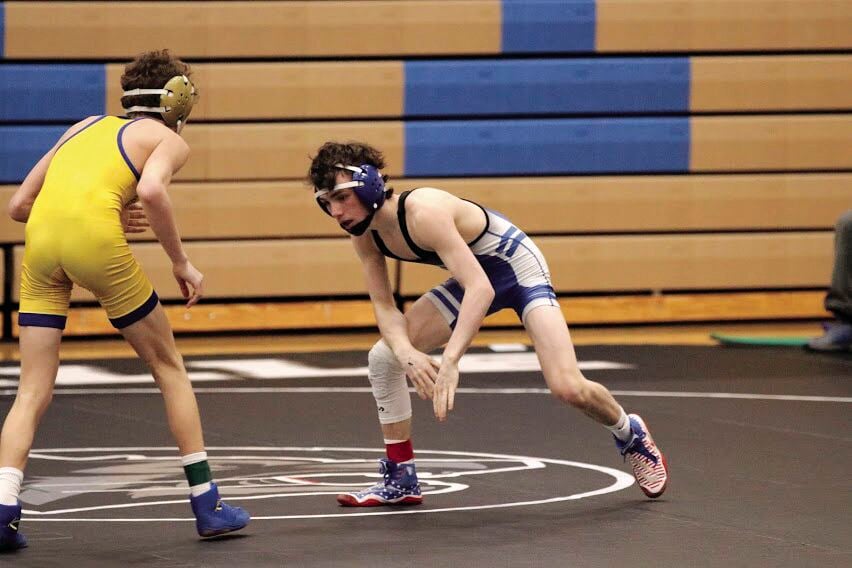 Leo Edblad finished his freshman season with a 34-3 overall record and was a quarterfinalist in the Class 3A state tournament.

Cambridge-Isanti freshman Leo Edblad takes on Northfield’s Andrew Barron in the consolation round of the Class 3A state tournament hosted by St. Michael-Albertville High School on Thursday, March 25. Photos by Rachel Brisbois

Leo Edblad finished his freshman season with a 34-3 overall record and was a quarterfinalist in the Class 3A state tournament.

The Class 3A state wrestling tournament, which was hosted by St. Michael-Albertville on Thursday, March 25, is a meat grinder that involves a lot of skill and a little bit of luck to maneuver successfully.

There is no question that Cambridge-Isanti freshman Leo Edblad had the skill to compete at the event. But the 106-pounder did not encounter much luck at the tournament and lost both of his bouts there.

Despite being seeded second in his weight class, Edblad drew Mason Mills of St. Michael-Albertville in his opening match and dropped a 6-1 decision to the eventual third-place finisher.

Then in the loser’s bracket, he suffered a misleading 10-0 loss to Jackson Barron of Northfield.

“I thought in the first match he competed very well,” Bluejackets coach Neil Jennissen said. “In the second match, a lot of weird stuff happened. He was about to get a takedown, and just as he was about to finish, the other kid got the takedown to make it 2-0 – right at the end of the period.

“Later he got caught in a scramble, and the referee thought Leo got caught in a spladle, which I disagreed with. The other guy may have had advantage, but he didn’t have control, and there’s a difference. But the referee gave the other wrestler a reversal and a 3-point near fall, and just like that it’s 7-0 – and the damage is done.”

The difficult finish should in no way diminish a fine season by Edblad, who finished with a 34-3 record.

“Also the fact that Leo advanced to the final 8 of the state tournament, and he won his first match [at the State Prelims] is pretty good,” Jennissen said.

While Edblad may have been disappointed by the result, the positive is that the freshman can learn much from his first experience at the state meet that will help him in the future.

“Leo has several more years to do this,” Jennissen said. “He will benefit from the familiarity of being there, because if you’ve never wrestled at state, you’re going to have a little ‘shock and awe’ going on. And when wrestlers see kids they competed against doing well, they realize they can do that, too. All of those things build your confidence.”