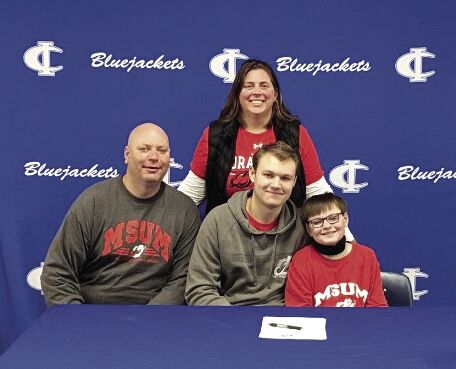 Cambridge-Isanti senior Connor Braaten is surrounded by his family after signing his national letter of intent to play football at Minnesota-Moorhead. His father Matt is on the left, younger brother Cooper is on the right, and his mother Jessica is behind him. Submitted photo 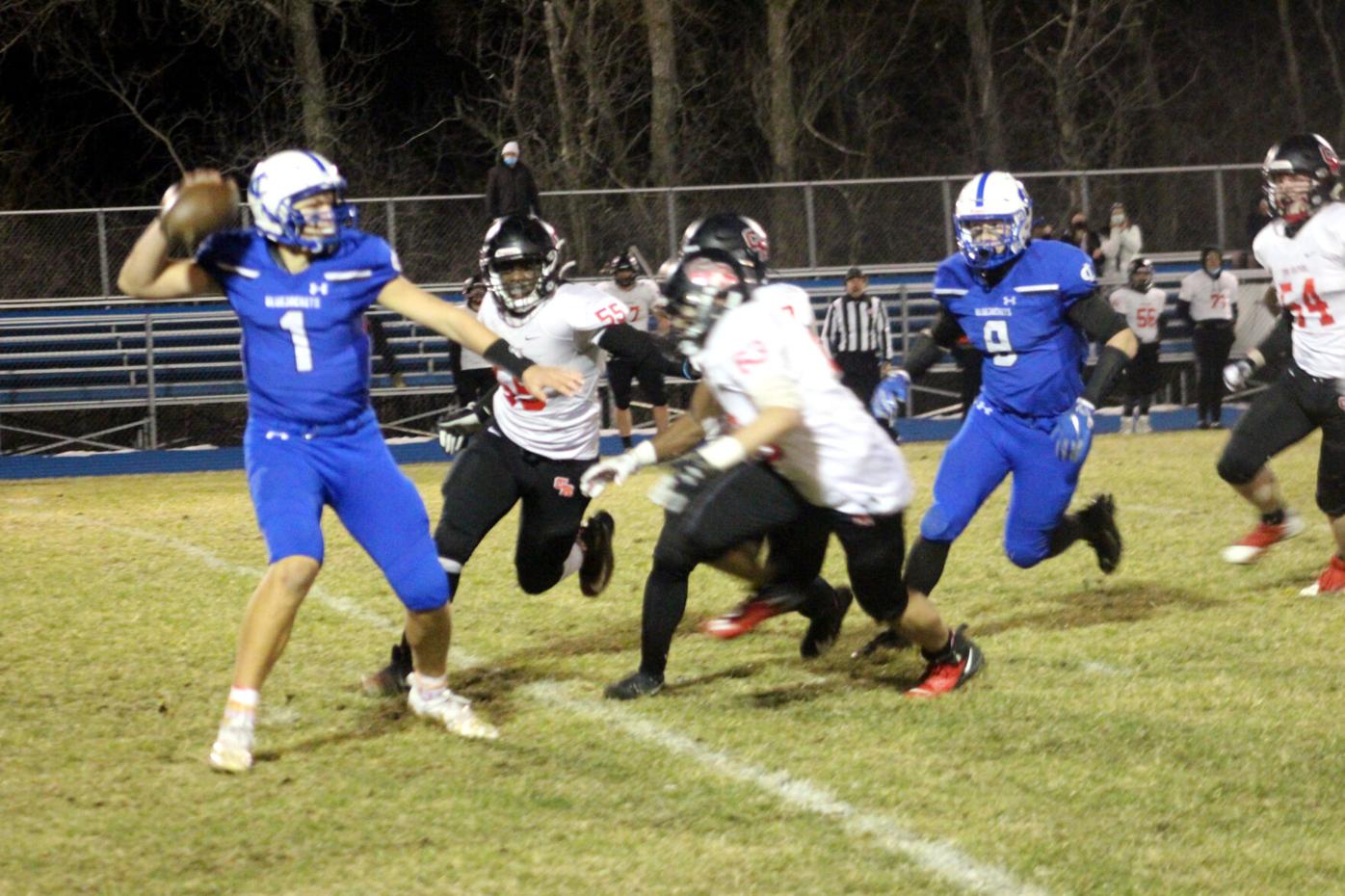 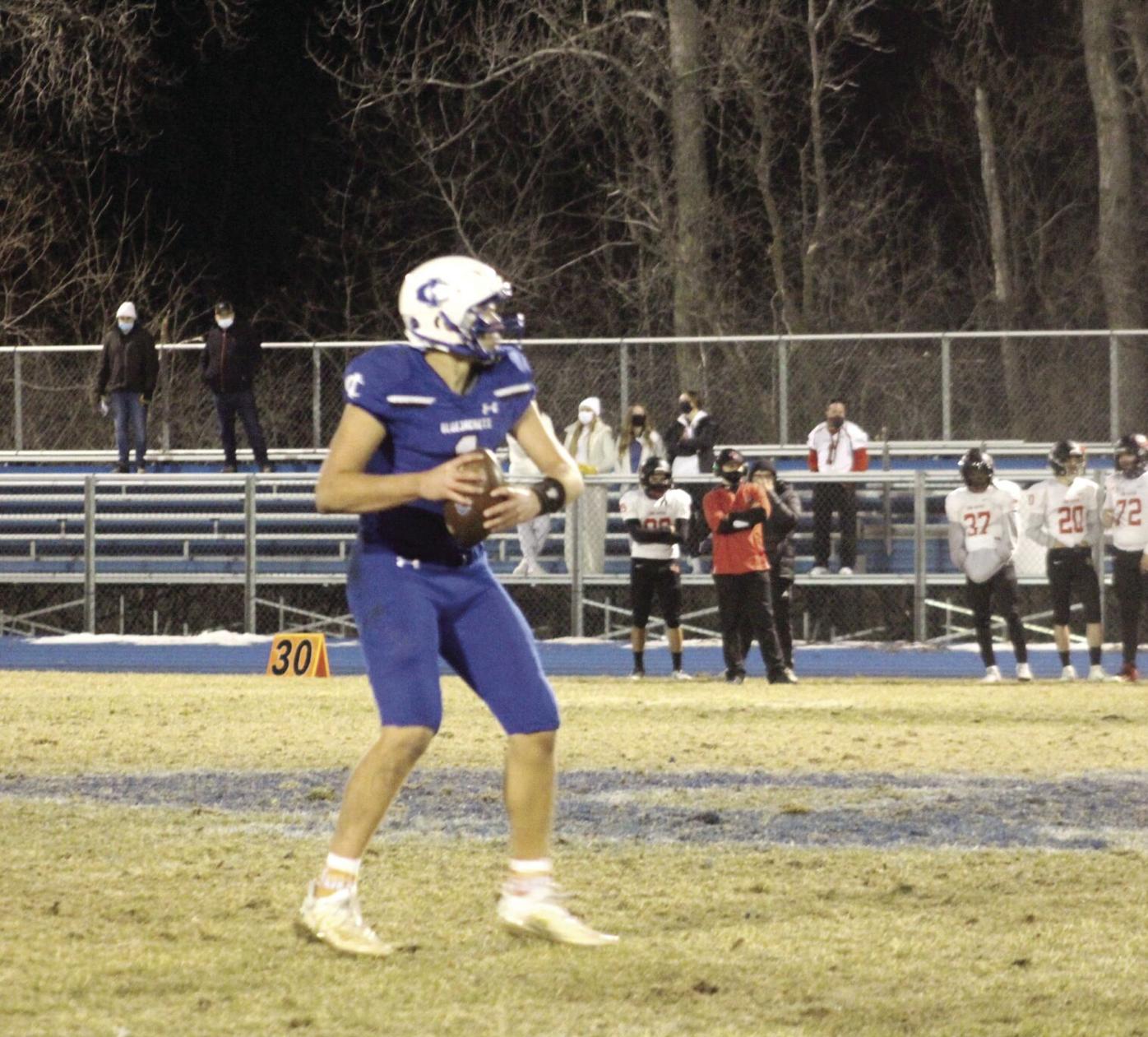 Cambridge-Isanti senior Connor Braaten is surrounded by his family after signing his national letter of intent to play football at Minnesota-Moorhead. His father Matt is on the left, younger brother Cooper is on the right, and his mother Jessica is behind him. Submitted photo

Ever since he strapped on shoulder pads and a helmet for the first time, Connor Braaten has been a quarterback.

“I like being the quarterback because I get to be in control of the entire team,” he said. “It’s kind of ‘on you’ if things go wrong.”

And there have been times during Braaten’s career at Cambridge-Isanti where things have gone wrong for the Bluejackets, including a 1-8 season in 2019 and a rocky start this year.

“Personally, I hate losing,” Braaten said. “Whether it’s video games, board games, sports, anything – I hate losing. So every game that we lost pushed me to push my teammates, because I knew they and I could do better.”

Braaten and the Bluejackets did do better this season, winning three of their final four games, including a Class 5A Section 7 semifinal victory over Coon Rapids. Braaten’s skill and leadership played a role in that revival, and among the colleges who noticed were Minnesota-Moorhead.

That led to a scholarship offer, and Braaten signed with the Dragons in a virtual signing ceremony held Wednesday, Feb. 4.

His best single-game performance came in C-I’s 2019 section playoff game against St. Francis, where he set school records with 23 completions for 386 yards and four touchdowns in nearly engineering a comeback victory against the Knights.

“There were times when the offense would get rolling, and I would just let him go,” Weibel said. “It was not easy for me to do that – I’m an old-school coach who has to [call plays]. But it was indicative of his ability to run the two-minute drill.

“I’ll never forget the end of the game against Tartan. When the clock would stop, we might talk about things for a minute. But he was in control. And on the game-winning play, Connor was the one who scrambled to keep the play alive, then found Gaven [Ziebarth] for the [game-winning touchdown] pass,” he added.

Braaten’s combination of talent and leadership attracted attention from a number of colleges.

“But I visited Moorhead two weeks ago, and as soon as I stepped on campus I felt the love from everybody,” he said. “And the town is an amazing place. I’ve always been told that you will find a place that feels like home. Moorhead feels like home.”

The bad news for the 6-4, 220-pound Braaten is that his playing future in college may not be at quarterback.

“I would love to play quarterback at the college level,” he said. “But I know that my frame and build might give me a better chance to play earlier at tight end. They said there may be times where I could be a quarterback in a ‘wildcat’ formation. They’re looking for ways to use my strengths.”

Braaten never hesitated when asked if he would prefer to stay at quarterback or if he was willing to switch positions if it meant he would take the field quicker.

“I want to play right away,” he said.

On signing day Braaten thanked Weibel and other coaches throughout his career for helping him earn a scholarship, while also thanking his parents, Matt and Jessica, as well as his younger brother, Cooper.

“My parents have done a lot for me,” Connor Braaten said. “I work out at 5 a.m., and my dad is always making sure I wake up and go lift. Sometimes it’s hard to do that, but he’s always there to make sure I do it. And my mom, every time after I come home from practice, has food ready – and she talks to me about how my day went, how school went. And Cooper really supports me, too. I know I don’t show it sometimes, but I’m thankful for what he does.”