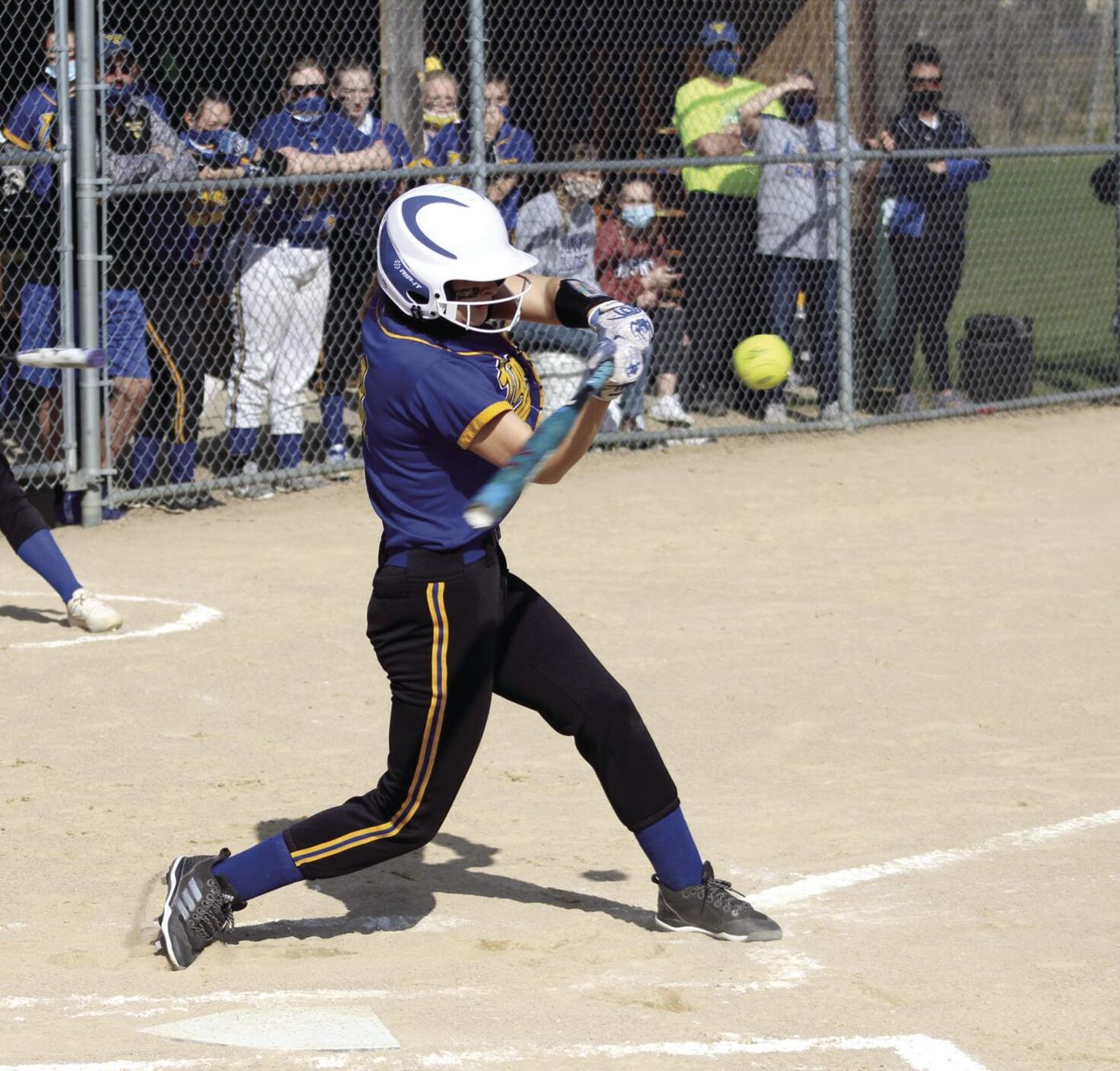 Rush City’s Katelyn Buehring cuts at a pitch during the Tigers’ home game against Braham on Thursday, April 22. Buehring had two hits against the Bombers and also struck out eight to earn the victory on the mound. Photos by John Wagner 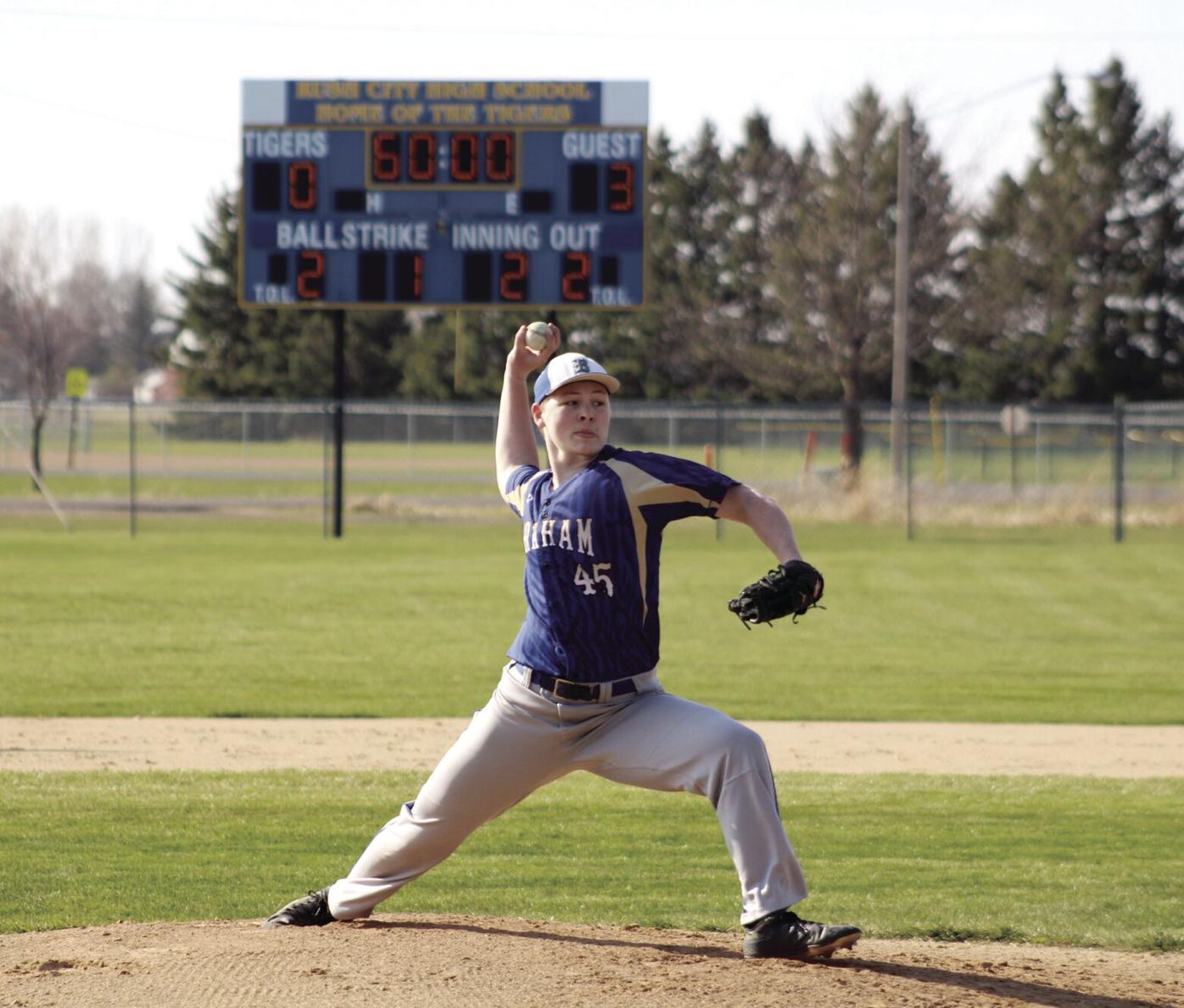 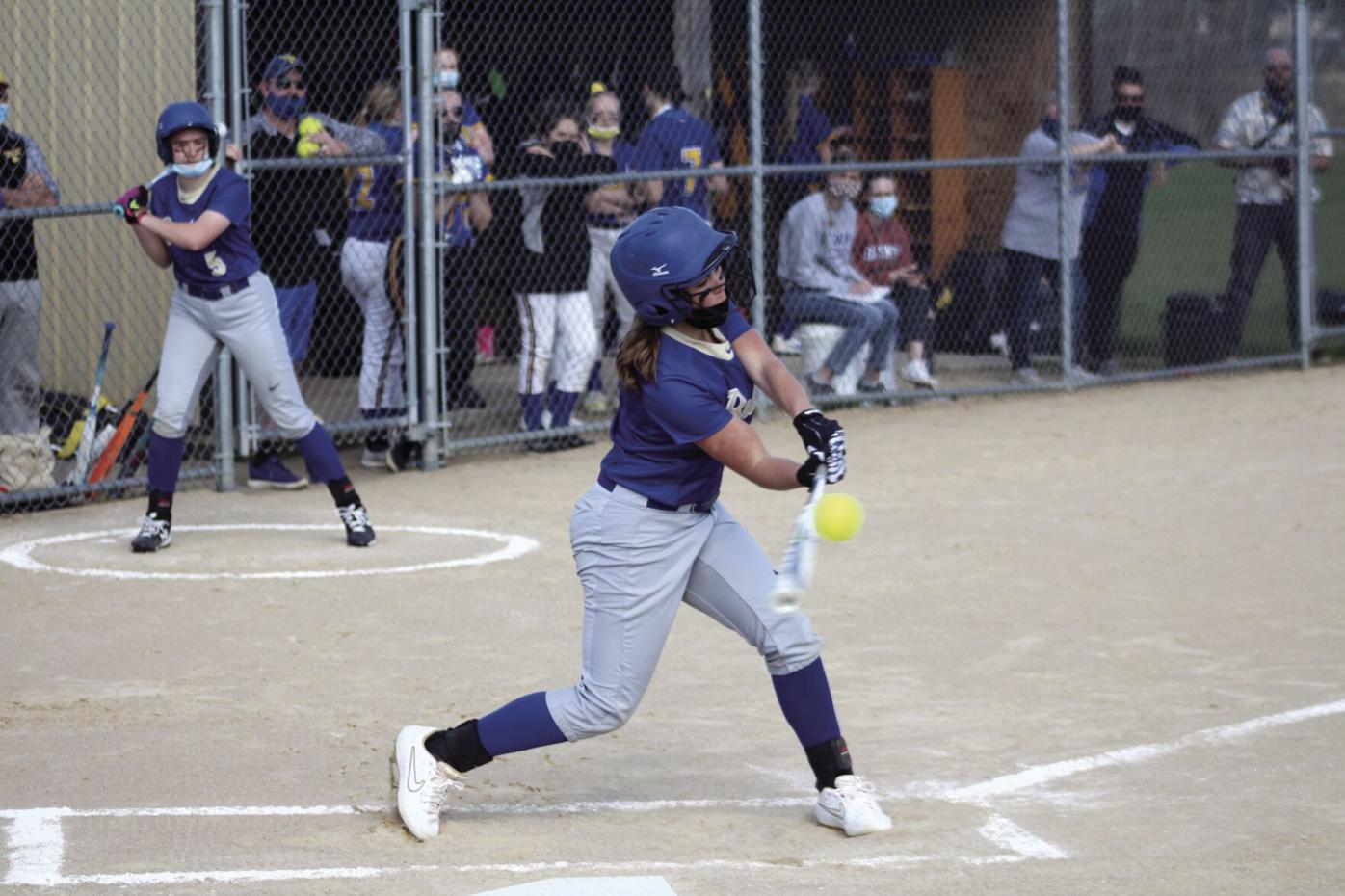 Braham third baseman Mya Londgren appears to square up a pitch while batting against Rush City on Thursday, April 22. 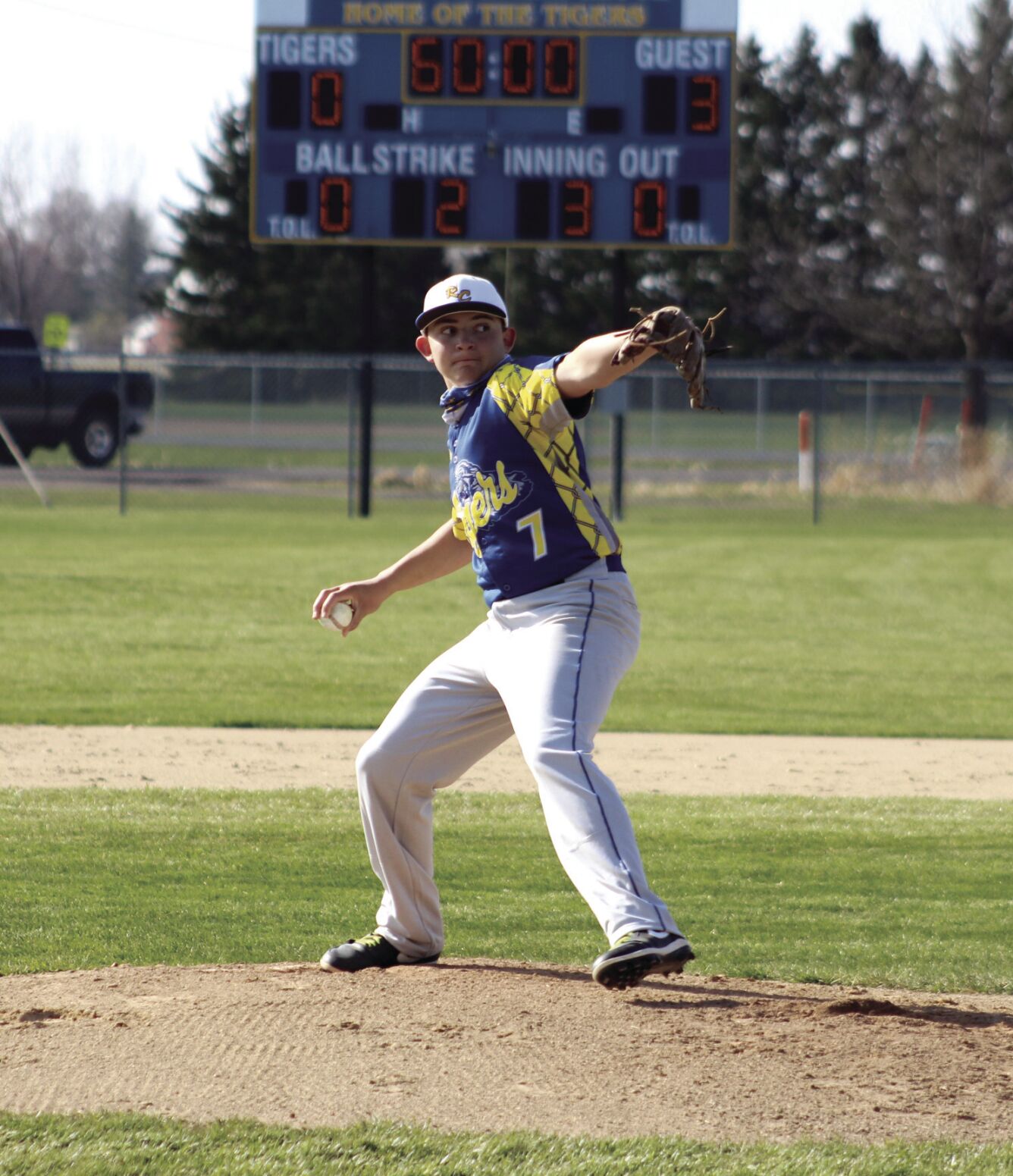 Rush City’s Katelyn Buehring cuts at a pitch during the Tigers’ home game against Braham on Thursday, April 22. Buehring had two hits against the Bombers and also struck out eight to earn the victory on the mound. Photos by John Wagner

Braham third baseman Mya Londgren appears to square up a pitch while batting against Rush City on Thursday, April 22.

At first blush, the baseball and softball contests between Braham and Rush City played on Thursday, April 22, appear to be a couple of run-rule routs.

At Andy Saloka Field in Rush City, the Bomber baseball squad used an eight-run eruption in the fourth inning to claim a 12-1 victory. On the other end of the Rush City High School campus, the Tiger softball team exploded for seven runs in the second inning and rolled to a 14-4 win.

But there was more behind the scores than a pair of lopsided victories.

Take, for example, the Rush City softball team. It entered the contest against Braham with four starters in quarantine, so the Tigers varsity lineup featured three eighth graders and a seventh grader who had previously seen limited varsity action.

“I thought they stepped in and did well,” Tigers coach Kim Erdman said. “We found out [about the quarantined players] two days ago, so yesterday we had a practice that was strictly defense so we could figure out where to insert our players into the lineup.”

Rush City got contributions up and down the lineup in the victory over the Bombers. Kendal Pillar led the way with three hits, while Katelyn Buehring, Lorynn Perell and KK Hemming had two apiece. Buehring struck out eight in 4.2 innings, and Pillar made her first varsity appearance in relief and notched a strikeout while completing the five-inning win.

“We have a good JV team with coaches who got the girls ready to play varsity,” he said. “We get our girls back April 30, and after that we’ll be a better team. And not just because we get those girls back: We had some girls take advantage of this opportunity to play, and they will be better for it – and so will we.”

While Braham fell behind early, they did not stop battling. Instead they rallied for four runs after Rush City’s big inning and forced the Tigers to keep scoring to claim the run-rule victory.

“We did put some good swings on the ball,” Bombers coach Becky Swanson said. “We have lots of potential, but we need to string it together. We need to keep fighting, learn from what happens, and keep working hard.”

The loss dropped Braham to 1-4 on the season. The Bombers won their opener by thrashing Ogilvie on Thursday, April 15, a game in which freshman Mya Londgren went 3-for-4 with a double and triple while Ella Kuhnke got the win by pitching through adversity – “We committed too many errors, but it was good to win that first game,” Swanson said.

Isle swept Braham in a doubleheader the next day, winning by scores of 10-3 and 6-4, and Hinckley-Finlayson claimed a 4-1 win on Monday, April 19, before the loss to Rush City.

“They’re tough to stop,” Swanson said of the Tigers. “When you make one error, they take advantage of it. We’re young, and we competed well, but you can’t make early errors against good teams.”

On the baseball diamond, Braham beat Rush City by putting together its second straight strong offensive performance following a 15-1 pounding of Onamia on Tuesday, April 20. Coach Aitor Leniz was happy to see the offense come together after opening the season with a 3-2 loss to Hinckley-Finlayson.

“We were facing one of the top pitchers in the Great River Conference in that game against Hinckley-Finlayson, and it was our first game – and a cold day,” Leniz said. “But after that game, we’ve done a much better job of getting on base, and when we do that, our kids know how to take advantage of that.

“We stole 15 bases against Onamia, and we’ve taught our kids to be aggressive.”

Equally impressive has been the strong performance of the Bombers’ pitching staff, which has allowed just five runs in the team’s first three contests.

“Jonah Johnson needed just 80 pitches in five innings against Rush City, so that was pretty impressive,” Leniz said. “Caleb Schusted gave us a great start against Hinckley-Finlayson, and Hayden Lee also was very efficient against Onamia. So far our pitching staff has been really good.”

While Rush City has suffered a few blowout losses, they are a respectable 2-3 on the young season thanks to wins over East Central by scores of 1-0 and 16-2.

“And we have had a good approach at the plate, but we have to keep battling there.”

First-year coach Morgan knows his team is young, so there may be more bumps in the road along the way.

“We’re starting three eighth graders, and we only have one senior. So our guys are learning as they go, gaining experience on the field,” he said. “When I played, our starting JV team was older than our varsity this year.

“We have a lot of young guys who are getting experience. It’s good experience, because so far they’ve faced pretty high-level competition, but at the same time there are things they could gain from playing opponents who are the same age and at the same level.”