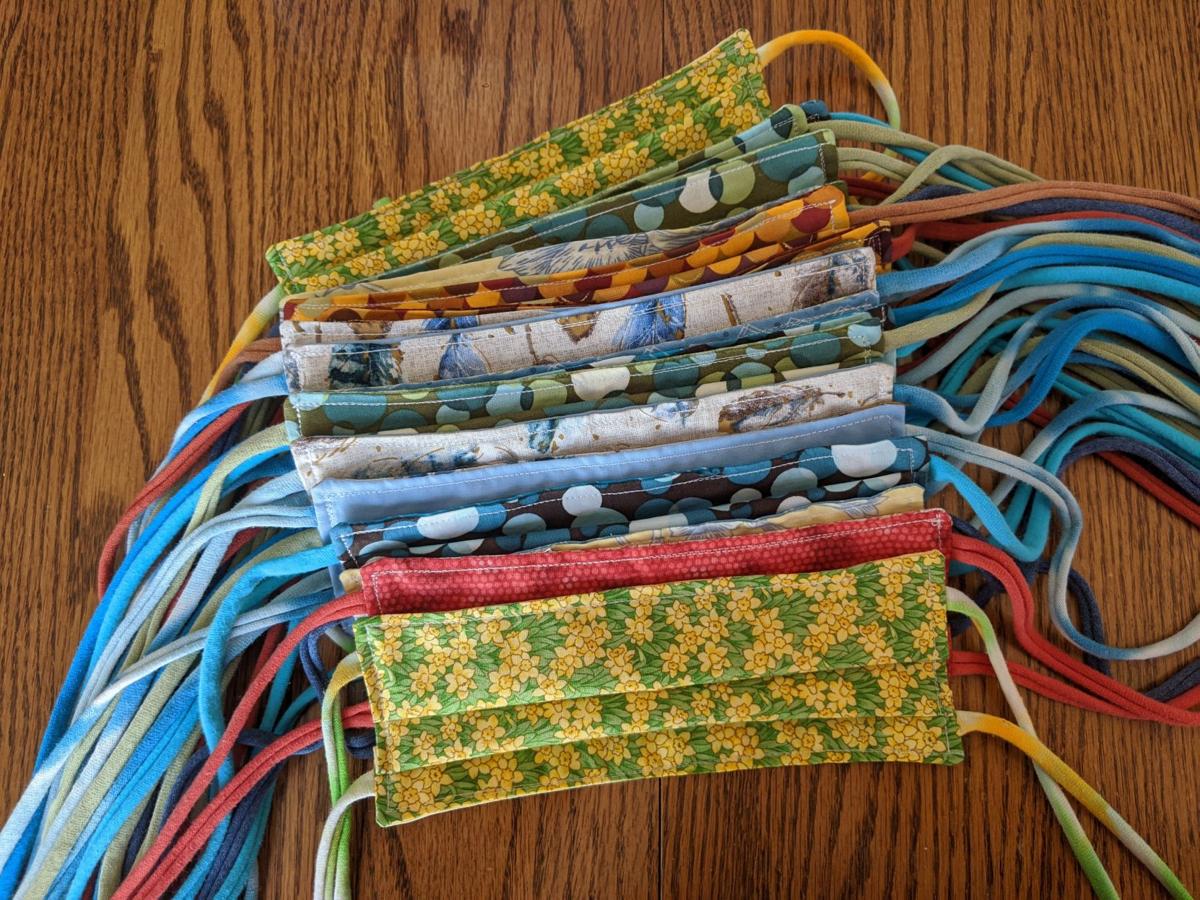 Braham Mayor Tish Carlson made over 700 masks, which she donated both locally as well as to other states for those in need. Photos submitted 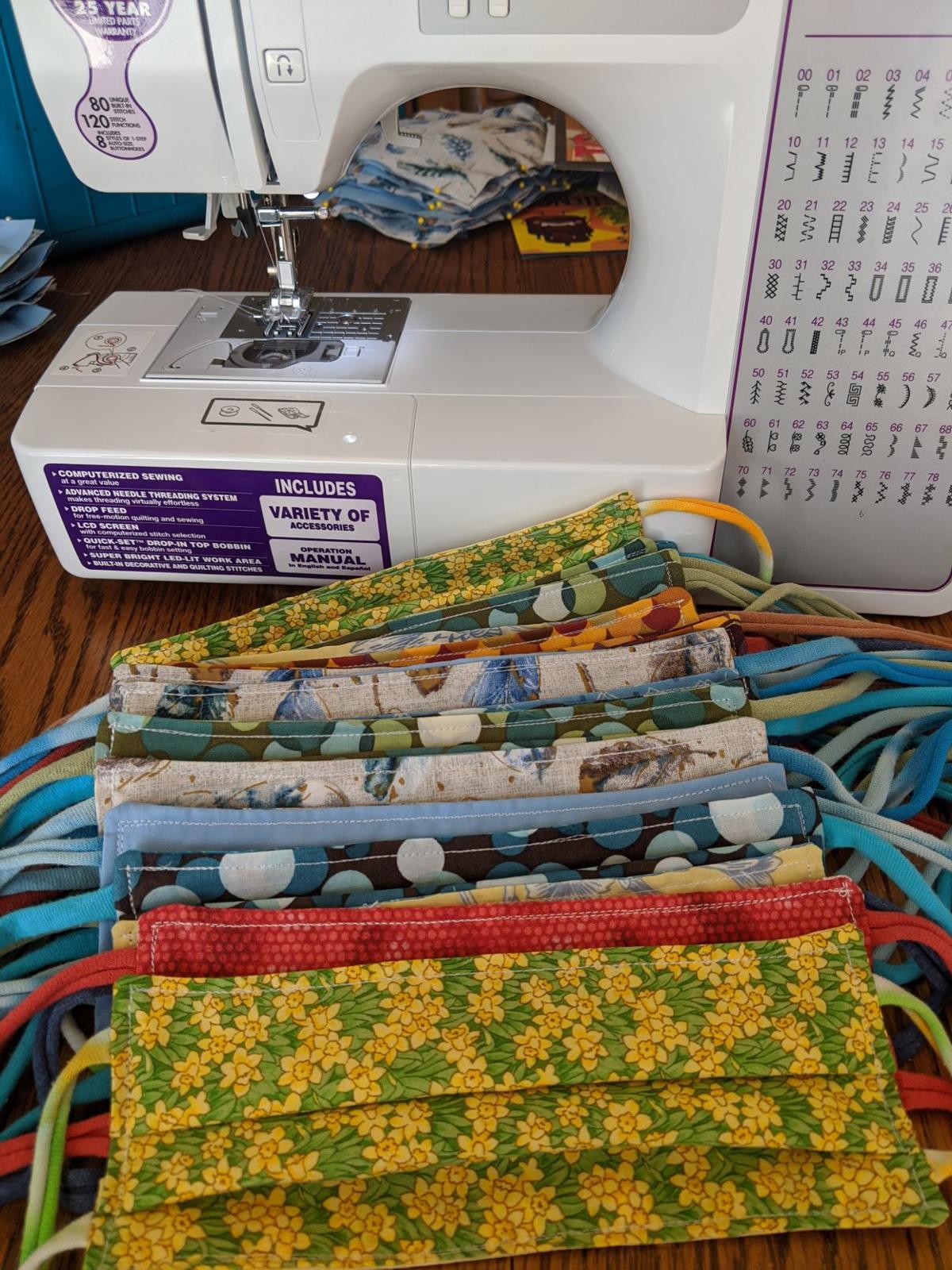 With her sewing abilities and creativity, Braham Mayor Tish Carlson was able to create a variety of styles of masks for those who’ve asked. 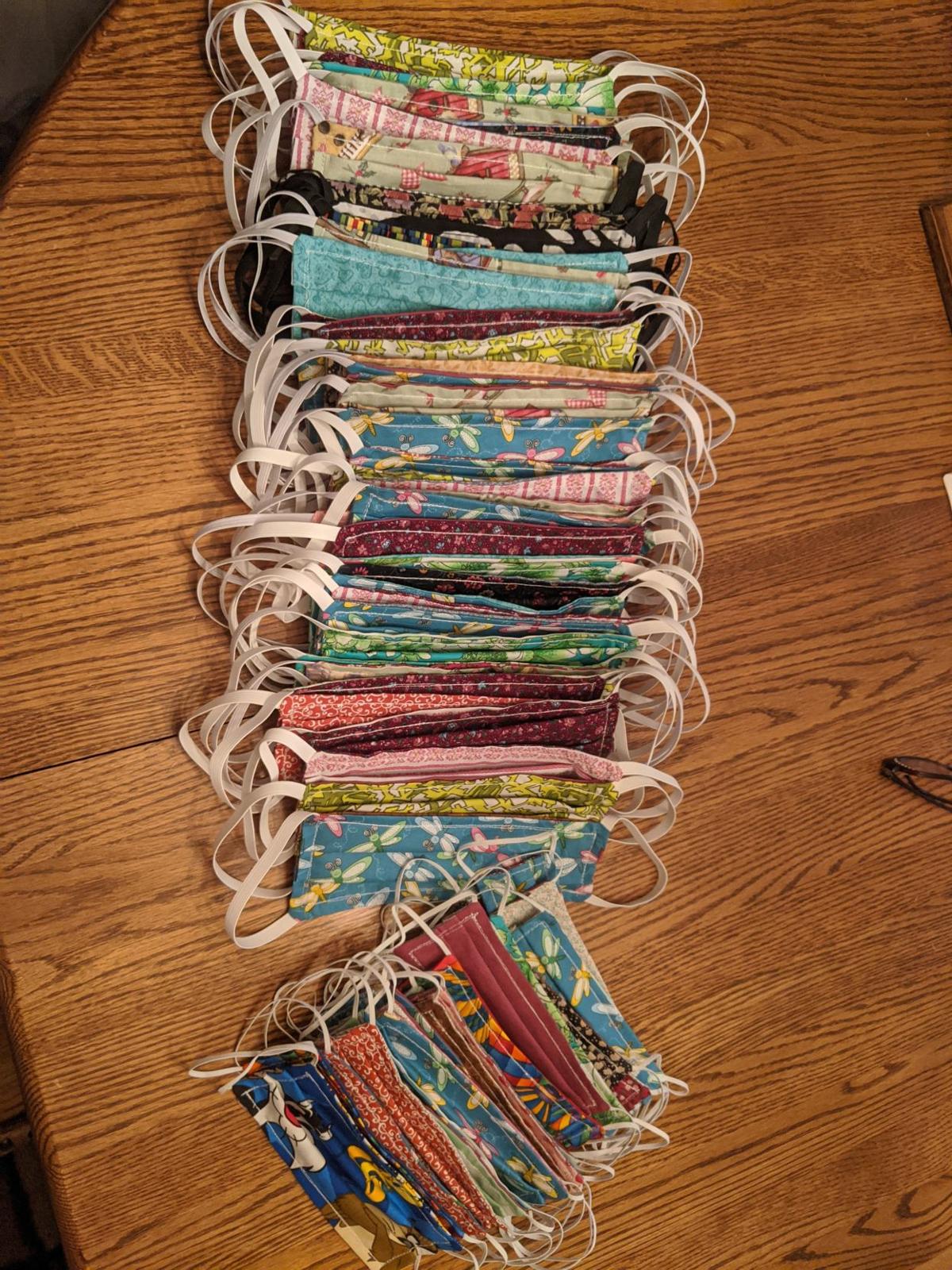 Braham Mayor Tish Carlson made over 700 masks, which she donated both locally as well as to other states for those in need. Photos submitted

With her sewing abilities and creativity, Braham Mayor Tish Carlson was able to create a variety of styles of masks for those who’ve asked.

With more and more businesses requiring masks be worn by shoppers as well as employees, and with the increased push for people to wear them while out and about in the community, many people have been using their talents to create and provide masks for others.

Braham Mayor Tish Carlson is one of those creators.

“I started making the masks mid-March when I started seeing posts on Facebook that help was needed to make masks. I also had a few friends that had shared the post with me,” Carlson said. “I decided to start making them just because I could; I had a lot of extra material and that, why not, I can help.

“I love to craft and I love to sew; I just never thought this would be something I would be sewing, and that so many people would need them and want them,” Carlson added.

Carlson soon found out that so many people were making masks for themselves and their families as well as others that elastic became in high demand and eventually impossible to find, so she had to improvise.

“At first I started making the cloth masks that go behind your ears, but after the first 100 I ran out of elastic, and elastic was nowhere to be found in the stores, so I had to put my thinking cap on and figure out what else I could use, and I wasn’t willing to sew bias tape,” Carlson said. “A few years back when scarves were all the rage, I had made some T-shirt scarves got a T-shirt material and had some of those supplies left in my craft room, so I pulled them out, and that’s we have been using ever since. A few of my family members in my house may have lost a couple T-shirts because I needed certain colors to make ties for more face masks.”

To date, Carlson has made 700 masks she’s donated both locally and across states.

“I am donating them to anybody that asks for them and as fast as I can make them; there’s no way to put a cost on someone’s life and help if they need it,” Carlson said. “The masks that I have made have been donated to the Allina Hospital, fire department drives, community members, local businesses, Walmart employees, Culver’s employees, Braham School for the FFA greenhouse helpers, group homes and nursing home employees. I have mailed masks to Arizona, Colorado, Texas, and southern Minnesota.”

The masks made are funded in full by Carlson, with help of some donations by those who’ve received masks.

“I have had people give me a donation to buy more products or as a thank you for helping them keep healthy and safe,” Carlson said.