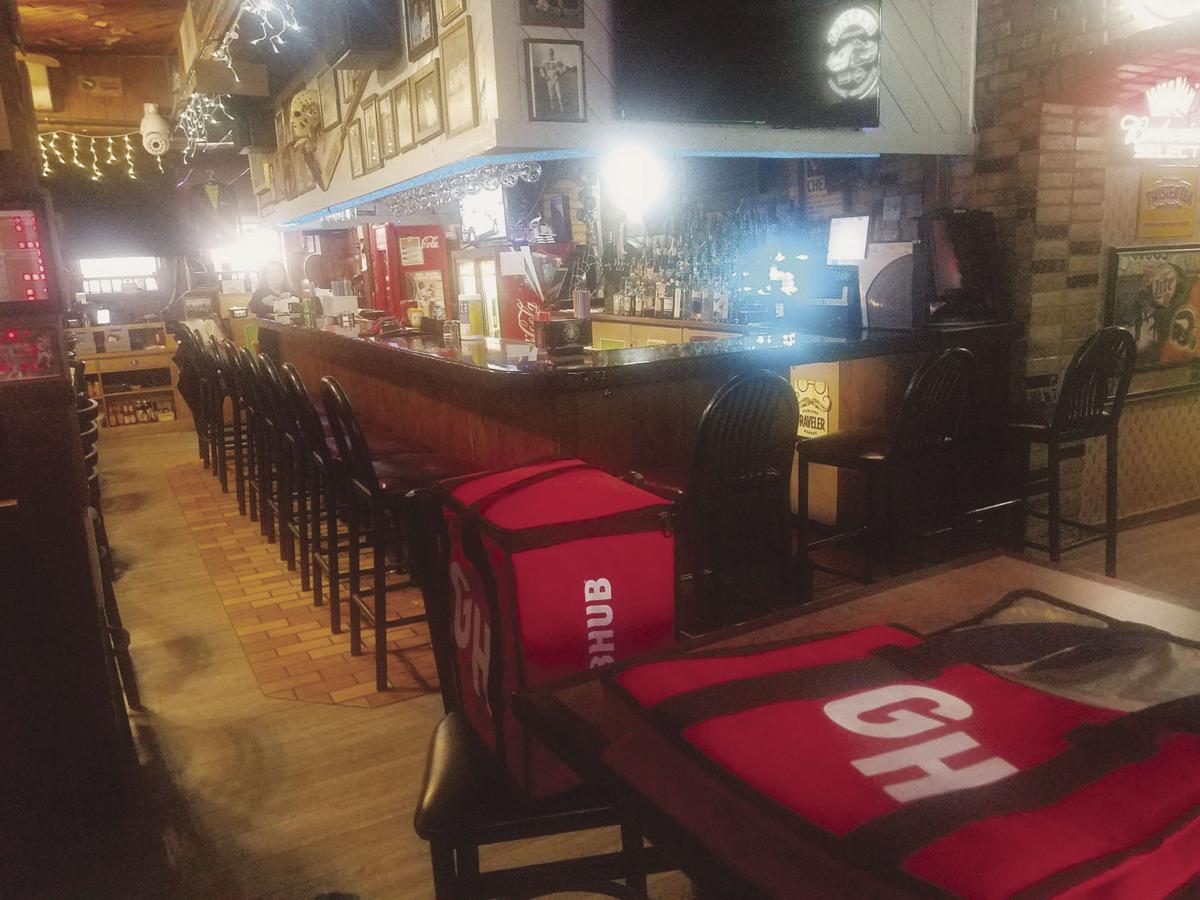 The bar at the Sunshine Depot sits empty while the kitchen remains busy filling Grubhub orders. 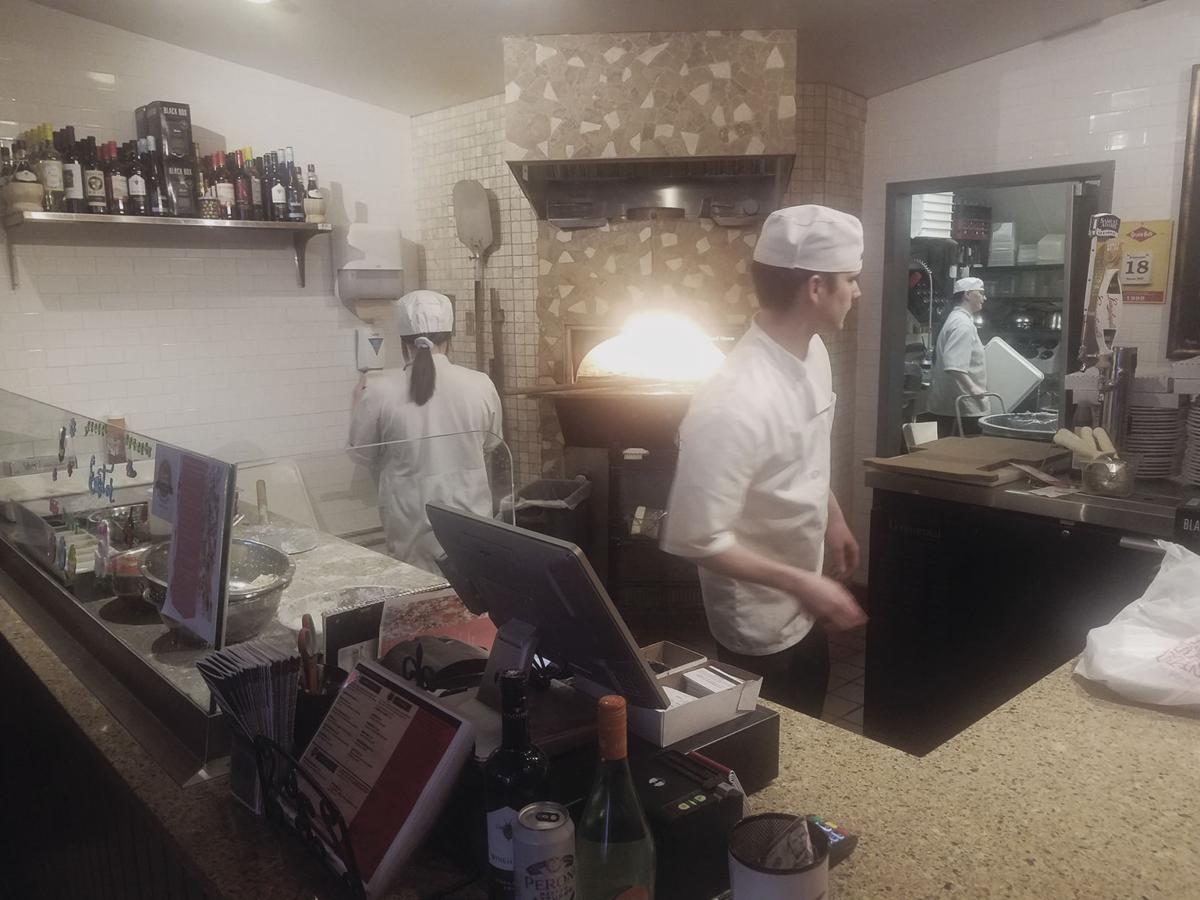 Pompeii Pizzeria remained relatively busy on the night of March 18 filling curbside orders, but restaurant seating remained empty with the forced closure of bars,  restaurants and a host of other establishments. 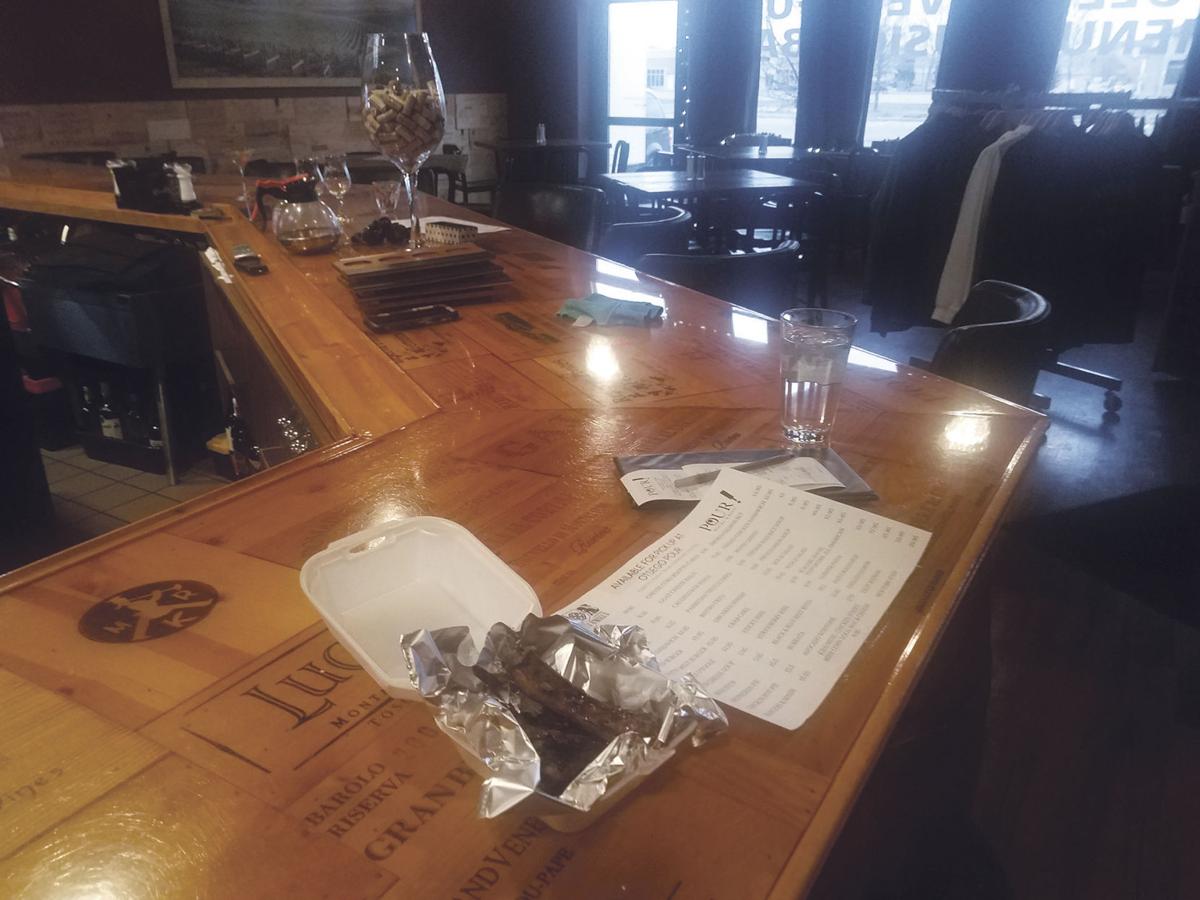 The kitchen at Pour Wine Bar and Bistro in Otsego is filling to go orders for the bistro and Drake O’Neills Irish American Pub. Phil Lutgen owns both businesses.

The bar at the Sunshine Depot sits empty while the kitchen remains busy filling Grubhub orders.

Pompeii Pizzeria remained relatively busy on the night of March 18 filling curbside orders, but restaurant seating remained empty with the forced closure of bars,  restaurants and a host of other establishments.

The kitchen at Pour Wine Bar and Bistro in Otsego is filling to go orders for the bistro and Drake O’Neills Irish American Pub. Phil Lutgen owns both businesses.

In an effort to slow the spread of the pandemic coronavirus COVID-19, Gov. Tim Walz signed an executive order on March 16 ordering the temporary closure of bars, restaurants and other “places of public accommodation and amusement” including theaters, museums, fitness centers and community clubs.

The executive order came after Minnesota confirmed more than 50 COVID-19 cases in the state and evidence had been found of community transmission — people contracting the virus who weren’t in direct contact with a known case and who hadn’t traveled to an area with community transmission —according to a news release from the Governor’s Office.

Bars, restaurants and other businesses in Elk River affected by the order had been doing more cleaning and implementing social distance guidelines of six feet between people for customers before the executive order was signed, several business owners said.

“People were walking in the door and washing their hands, they were staying six feet away,” Crossfit Elk River Owner Chris Fournie said. “We were following those guidelines and hoping we would be able to stay open.”

“A table leaves and it gets cleaned and sanitized – we’re following those procedures all the time,” Lutgen said. “I also told staff, ‘if you have time, make sure you’re going around and sanitizing handrails and doorknobs and staying busy all day doing that stuff.’”

The Oliver Kelley Farm historic farmstead, as well as other sites run by the Minnesota Historical Society, were closed by the society a few days before the executive order was signed, Site Manager Anders Mayland said.

Some business owners said they expected a same or similar measure after seeing other states take similar steps, or after speaking with those in the healthcare community.

“I knew there was going to be information that would change the way all of us were living for a while,” AzItala Yoga Owner Tanya Rice said.

Some businesses are finding ways to continue offering service, even without the option of customers coming into the building. For gyms and studios, classes and workouts are being posted online for members to do at home.

Rice said AzItala plans to offer a modified schedule, with teachers who are comfortable teaching online doing so via Zoom for patrons. The YMCA wrote in a letter on its website that it would be offering an on-demand online fitness program for adults and kids called Y360. Fournie said Crossfit Elk River would post workout programming to an app for gym members, as well as lend a “reasonable amount” of equipment to members without equipment at home.

“We saw (closures) happen in other places so it was reasonable to expect it would happen here,” Fournie said. “I personally believe it’s the right thing to do … Unfortunately, it’s really challenging for small businesses like this. So many businesses are pretty frightened, depending on the length of the closures. I’m a small business as well and it’s going to affect us, absolutely.”

“We don’t think we can deliver the quality of food we think our customers expect by putting it in a to-go container,” Tipsy Chicken Owner Jesse Hartung said. “For us, that was not a challenge but a line in the sand … we also wanted to make sure we didn’t have staff that were delivering food to houses under quarantine or having situations where people were coming up and picking up food and shouldn’t be.”

Businesses limiting or stopping operations has led to limited hours or unemployment for many employees, as well. According to the Star Tribune, more than 31,000 people in Minnesota have applied for unemployment insurance following the executive order.

Lutgen and L’Heureux said they will be unable to pay employees during the closure and directed employees to apply for unemployment insurance. Rice said the teachers who are comfortable teaching classes via Zoom will be able to get paid that way, but it likely won’t be as much as when the studio is operating normally.

Hartung said the Tipsy Chicken donated food which would have otherwise gone to waste to employees and plans to send employees 20 percent of the proceeds from gift cards purchased during the closure.

“It’s tough for those employees in the hospitality industry to weather that storm,” Hartung said. “That’s immediately where our heads went and to how we can lessen the impacts for those guys. Donating the food, doing the gift cards, things like that is what we’re trying to do to hopefully keep everybody on their feet.”

Residents can support businesses in Elk Rivers by maintaining or signing up for memberships for gyms and similar businesses, ordering to-go or curbside pickup for restaurants when possible, buying gift cards to provide a temporary cash flow while businesses are closed, and supporting the businesses and coming in when they are able to open again.

“The best thing anyone can do is buy gift certificates,” L’Heureux said. “Businesses can mail those out, and then there’s minimal contact. It helps support them in the time they need it and then when they open again, you’ve got a gift card you can use.”

Rice said those who send bills to small businesses — for instance, landlords or utility companies — can help by being lenient when it comes to payment.

“As much as everyone is going to feel the impact, will the big business feel it less than the small business? Yes,” Rice said. “I feel the big businesses need to have that trickle-down effect, even if it means offering extensions for things like heating and service bills.”

Even with support from the community, the closures will lead to economic consequences for many Elk River businesses.

“It could be absolutely devastating,” Fournie said. “Realistically, a lot of businesses won’t survive this. A lot depends on how long closures last … If it’s just this short two-week closure, that would be incredible and life will go on. But if it goes longer, it will be challenging for myself and many businesses.”

Chamber Executive Director Debbi Rydberg said the chamber is working with the Minnesota Chamber of Commerce, the Governor’s Office and the Legislature to come up with recommendations that would help businesses during and after the executive order.

“We are going to come out of this stronger,” Rydberg said. “As a nation, we are going to be stronger and much more resilient. It’s going to surprise a lot of people how resilient they are.”

As of Wednesday, 2,762 people had been tested in Minnesota and there were 77 confirmed cases. However, the Minnesota Department of Health announced on Tuesday that due to test shortages, testing would be prioritized for hospitalized patients, healthcare workers and “congregate living settings such as long-term care,” according to a news release from the agency. According to the Centers for Disease Control and Prevention website, more than 7,000 cases have been reported in the United States as of Wednesday.

Test shortages in the United States means the number of confirmed cases could be a fraction of the number of cases out there. The executive order lasts until March 27, but according to the Washington Post, social distancing measures to limit the spread are likely to last months as opposed to weeks.

Hartung said he plans to open the Tipsy Chicken back up when the closures are done.

L’Heureux said he expects to be able to open again as well.

“I can’t wait for that because then we can see everybody back and smiling,” he said.

Some business owners said being able to open again depends on how long the closures last and how lenient providers are able to be with bills.

“I’m praying this ends sooner rather than later,” Lutgen said.