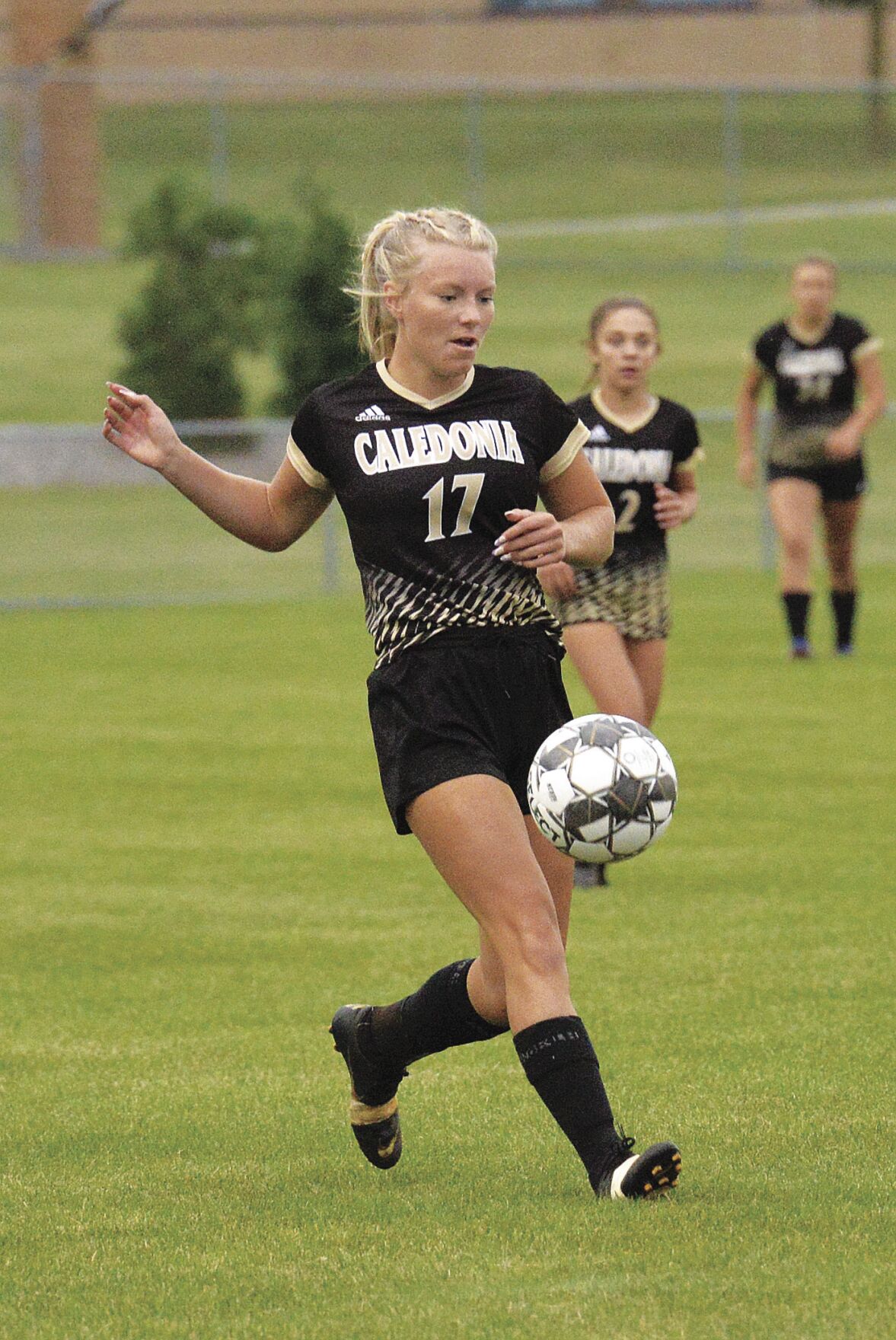 Cameryn Kruse handles the ball in the game against P-E-M. 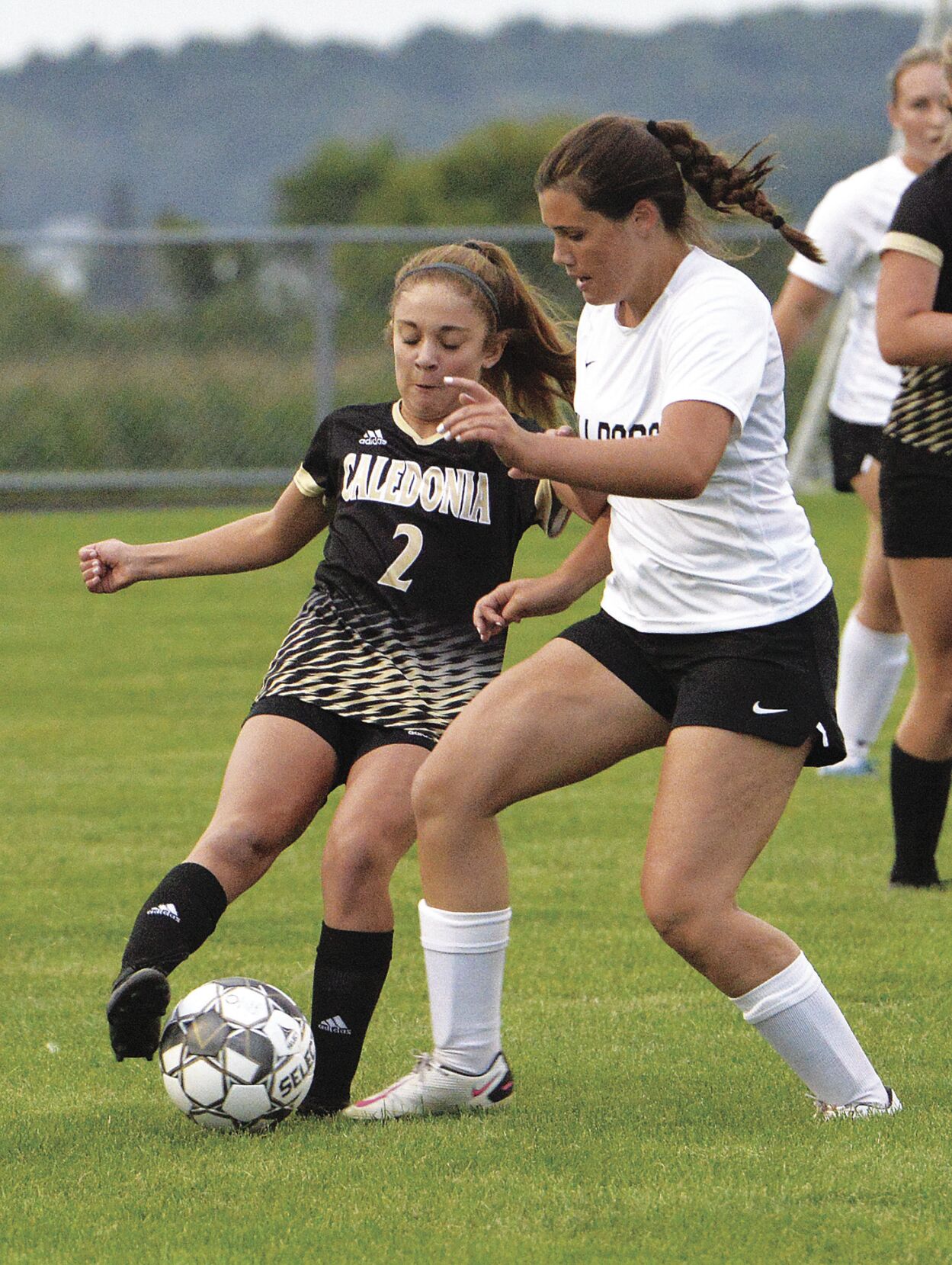 Siri Konkel brings the ball upfield for the Warriors.

Cameryn Kruse handles the ball in the game against P-E-M.

Siri Konkel brings the ball upfield for the Warriors.

After a pair of contests were cancelled or postponed, the boys team took to the road, taking on Plainview-Elgin-Millville.

The Warrior lads defeated their hosts, 2-0. Both goals were scored in the first half of play, as Austin Meyer and Lyle Myhre both found the net, head coach Craig Hahn reported.

C/SG/H goal tender August Allen stepped up as well, getting five saves for the Warriors.

The lady Warriors also took on PEM (in Caledonia), defeating the Bulldogs 3-1.

PEM broke the ice with a goal 30 minutes in, but the Warriors replied with a goal four minutes later when Ayshia Gay sent a free kick to Hailey Alfson, who netted it from 20 yards out. Alfson also scored the next goal on a feed from Gay, putting the ball in the net after it was deflected off the keeper.

The third goal was scored by Cameryn Kruse. That play began with a free kick by Kennedy Kruse which Loisah Gay fielded, passing the ball to the junior forward for the finish.

“Caledonia got its first conference win in 3 years tonight,” head coach Chris Jandt said after the match. “They were able to overcome being down 1-0 and  with girls out or having injuries.

“We did not have senior captain Katelynn Seymour due to an injury and freshman Libby Morey stepped into the center defensive role. Libby and Junior Mikaela Konkel were able to slow down PEM’s speedy forward for most of the night.

“This was an outstanding game that the girls played by holding possession and moving the ball.  The best game we have played in my seven years and it’s the first game of the year.  It will be interesting to see what we can do moving forward.

“Midfielders Kennedy Kruse, Senior Therese Jore, eighth graders Siri Konkel, Loisah Gay, and Macy Krause controlled the game with their passing and movements.  They were able to connect with the defense and get the ball to our wings and forwards. Everyone has been working hard this first two weeks of the year and it really showed. I’m glad they were able to give the fans a fun game to watch.”