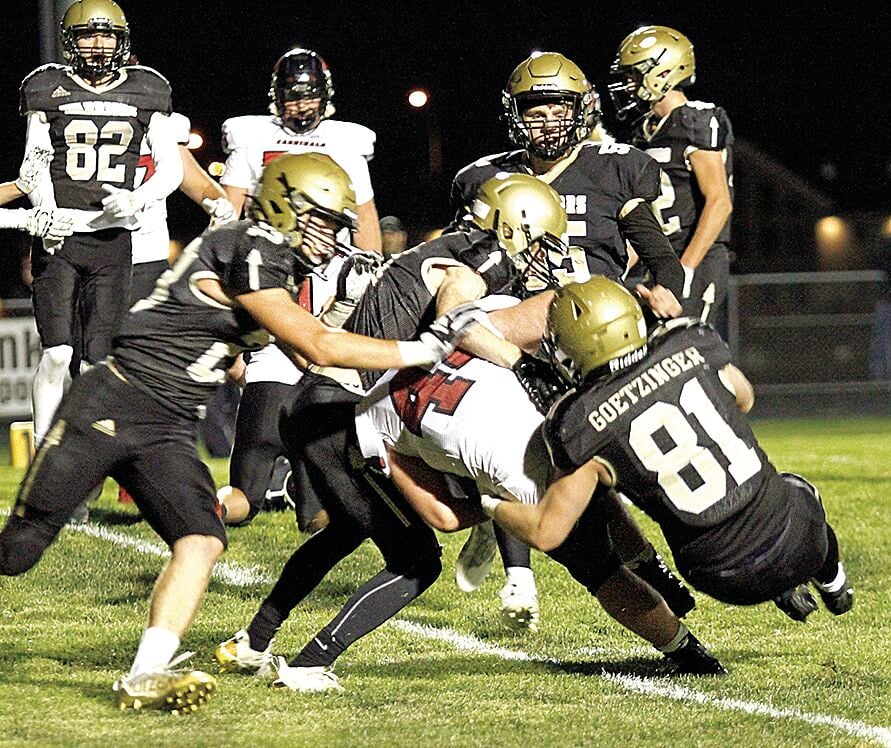 Ayden Goetzinger and a company of Warriors make a tackle on a Cardinals ball carrier. 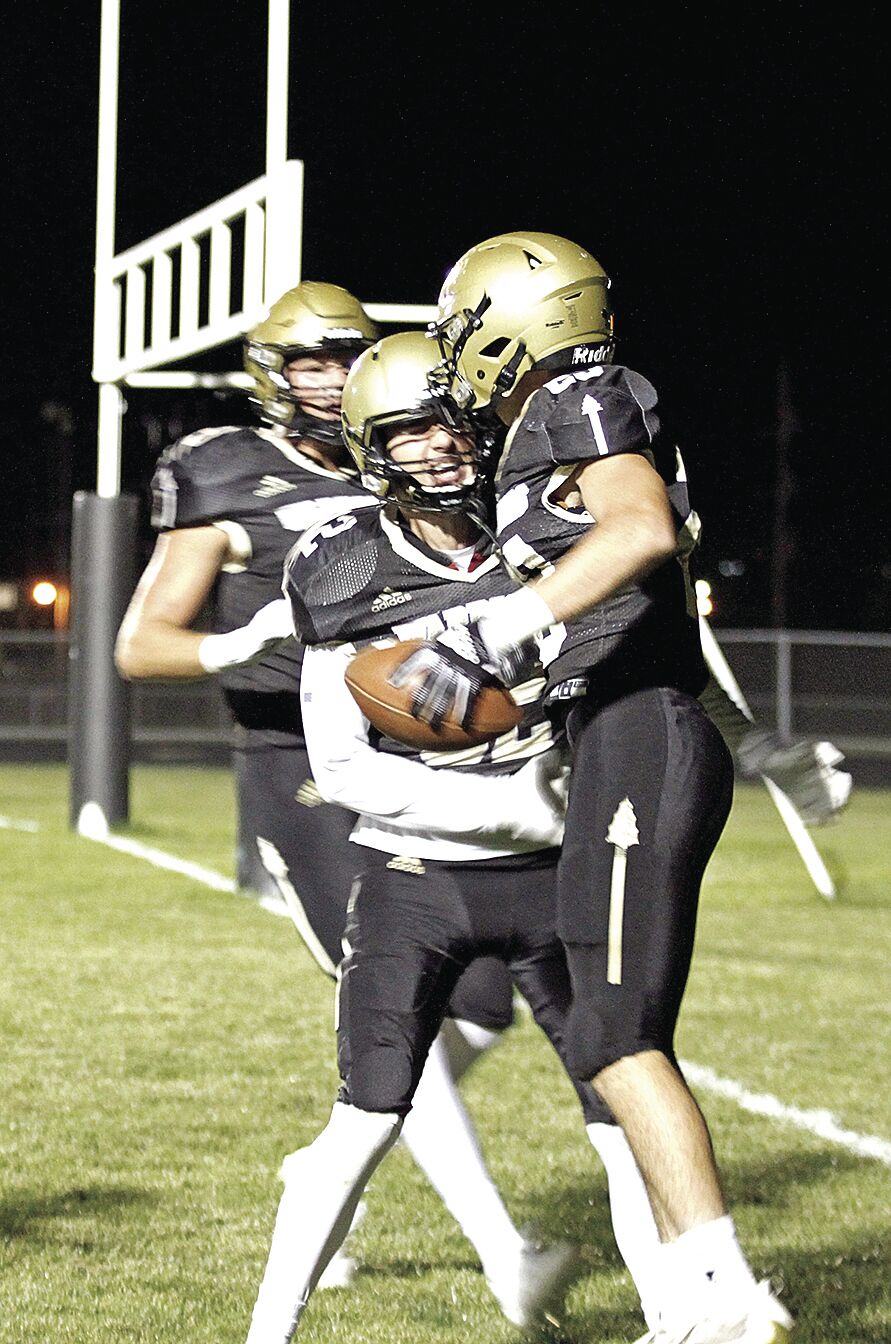 Eric Mauss celebrates with teammate Chris Pieper after the first touchdown in the game against Lewiston-Altura. 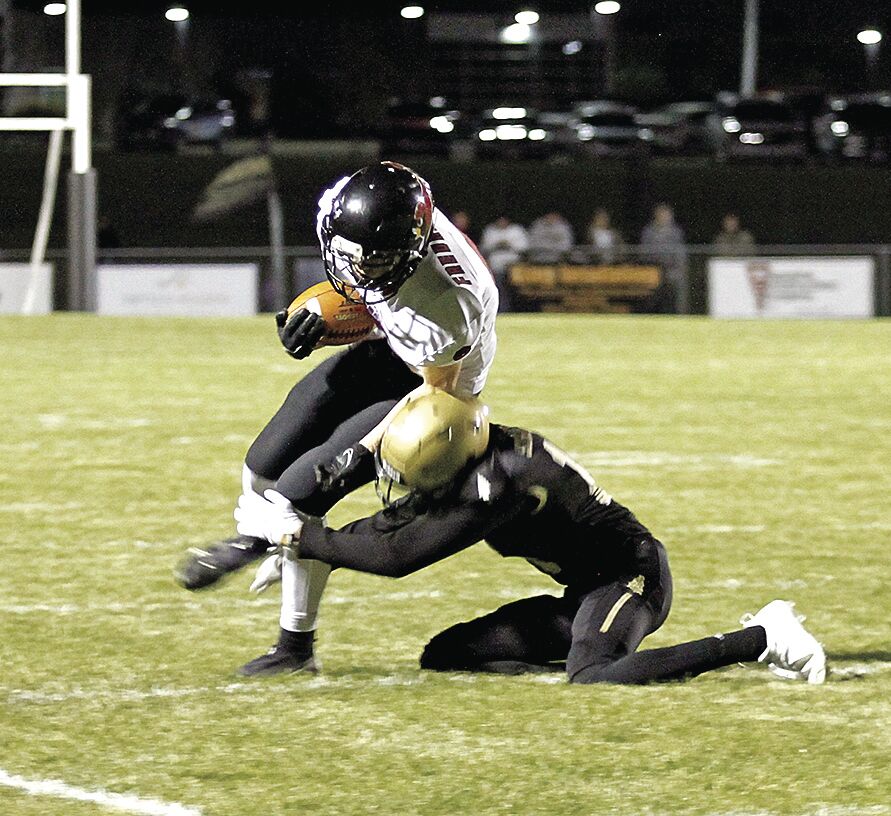 Ayden Goetzinger and a company of Warriors make a tackle on a Cardinals ball carrier.

Eric Mauss celebrates with teammate Chris Pieper after the first touchdown in the game against Lewiston-Altura.

Caledonia football will take a break from the section and state run this year, as a 34-14 loss handed down from Lewiston-Altura on Tuesday, Oct. 26, ending the post season for the Warriors.

A cold and windy night on Caledonia’s turf had both teams moving fast and connecting with teammates as quick as they could.

The Cardinals were quick to get ahead, earning another touchdown in the second quarter, bringing the score 14-0.

Caledonia wasn’t going to let go that easily, however. Eric Mauss broke away from a pack of Cardinals to make a 30-yard touchdown, followed by a successful extra point by Kyle Bechtel.

Lewiston-Altura stole the third quarter with two touchdowns, keeping the lead (27-7) out of Caledonia’s reach.

Mauss made the last touchdown in the fourth quarter, followed by an extra point again by Bechtel.

The Warriors struggled with turnovers, racking up six in this game.

Statistics wise, Caledonia’s quarterback Lewis Doyle had a passing rate of 59.4%. The team had a total of 120 yards rushing, 129 yards receiving, and 71 tackles. The Warriors close this season’s record at 4-5.