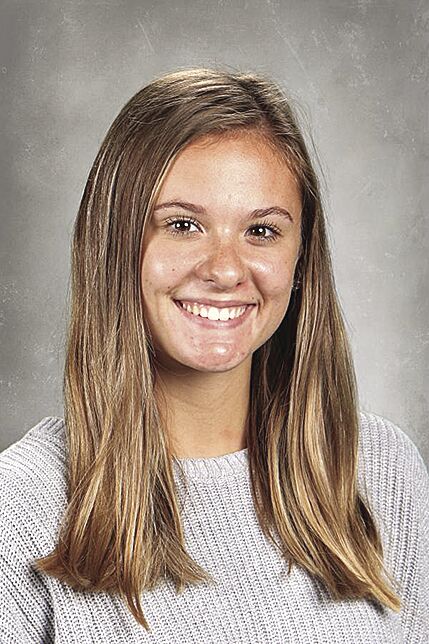 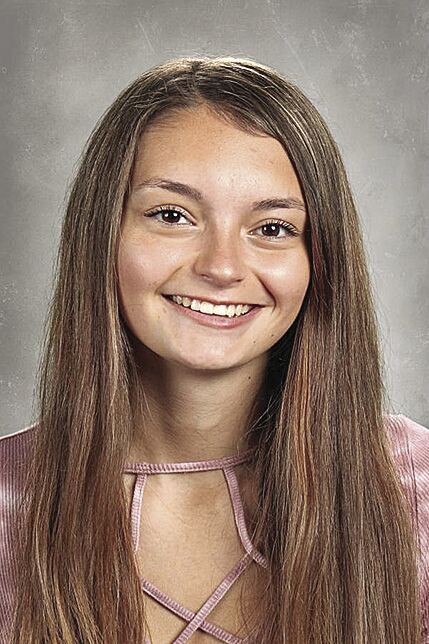 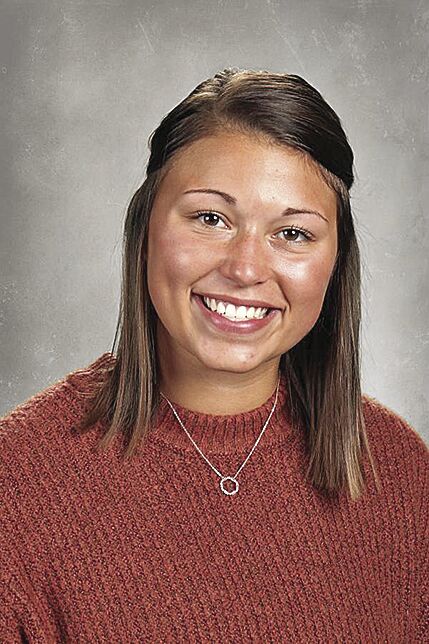 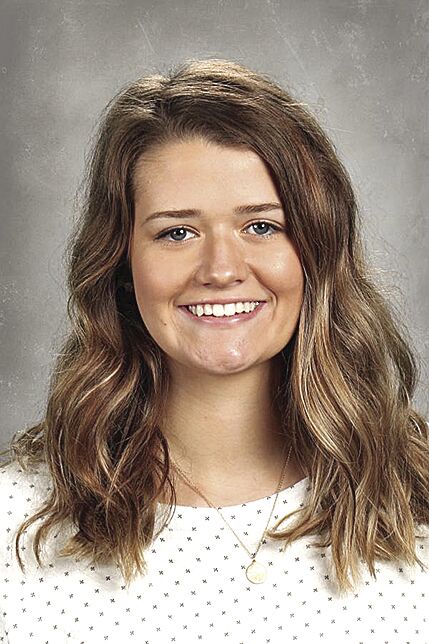 Caledonia head coach Scott Koepke said that the Warriors were very fortunate to have had all four players in the program.

Privet checked in at libero, totaling 110 digs during the shortened season. Versus St. Charles, she totaled 21 digs and 15 of 15 on serve receive. “Grace put in so much effort in the off season,” Koepke stated. “Before distance learning cut our season short, her platform and defensive skills were outstanding. The culture in our program was shaped by her leadership. Grace was not afraid to bring up difficult topics that needed discussion.”

Outside hitter Augedahl tallied 87 digs, went 109/117 in serve receive on the year, and logged 10 kills in one contest. Koepke said that she also put in a lot of effort in the off season, as did all four of his All-TRC players. And like Privet, her leadership and skills helped to shape the program, he added. “Dana, although not afraid to address the team when needed, led by example,” the coach said. “She was intense and always worked hard giving maximum effort.”

Earning Honorable Mention for a second consecutive year, Hoscheit played rightside hitter. She had 7 ace blocks during the short season, and tallied 8 kills while hitting .261 versus Rushford-Peterson. Koepke noted that her leadership was important to the Warriors as well. “Lyza just has a great attitude and gives maximum effort each and every day,” he said. “She was always talking to her teammates about not giving up and keeping the fight going. She never, ever, ever gave up. This attitude kept us going in many sets. She would do whatever it took to get the job done. She even went back to serve after her front row work in some matches. This meant she now was setting that rotation...”

Setter Buttell had numerous assists. In a single contest (versus Lewiston-Altura) she provided 13 set assists while serving 13 of 13 from the line in a 6-2 offense. “Before an ankle injury early in the season Claire’s setting was outstanding,” Koepke stated. “She was really starting to find her groove. She started to find it again after working hard to get back, but our season was cut short due to distance learning...” Buttell was also a leader for the squad, he said, adding that “Claire was very approachable and communicated well with her hitters. She worked hard each and every day on improving her skills.”

“With all the time these girls put into their activities I wonder sometimes how they do it,” Koepke noted. “How do they get their homework done after getting home at 11:15 p.m. having gone five exhausting sets? We are so proud of all our student athletes on our volleyball team for accomplishing such high honors in academics this year.  Your coaches, parents, and community are so proud of you.”

Losing two weeks of play because of the pandemic was hard for the team, Koepke stated. “The volleyball was just starting to come together. Things were starting to click. But, in the end we had to take the struggle and deal with it, like we did all season. We talk to the girls a lot about self-efficacy and handling struggle. These girls did that all year and that will be our take away from this season. A tough, gritty, hard working group of kids that took on the challenge and gave it their best with a great attitude... We want to thank everyone watching us scrap it out each night online. And everyone that came to the gym to watch. We are going to miss our five seniors, Claire Buttell, Lyza Hoscheit, Madyson Rommes, Dana Augedahl, and Grace Privet.  Thank you girls!”