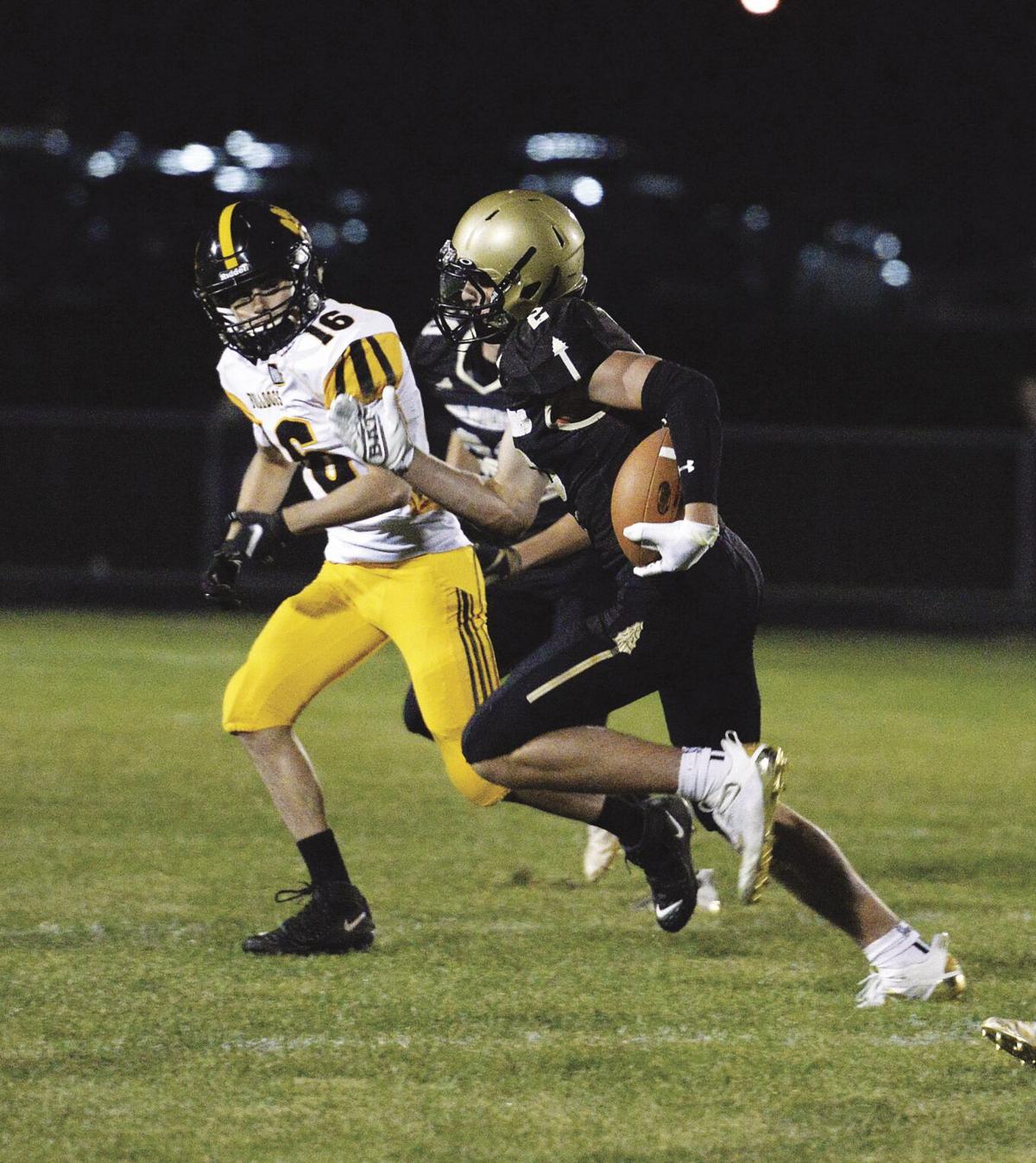 Eli King scored on this 80-plus yard kickoff return. 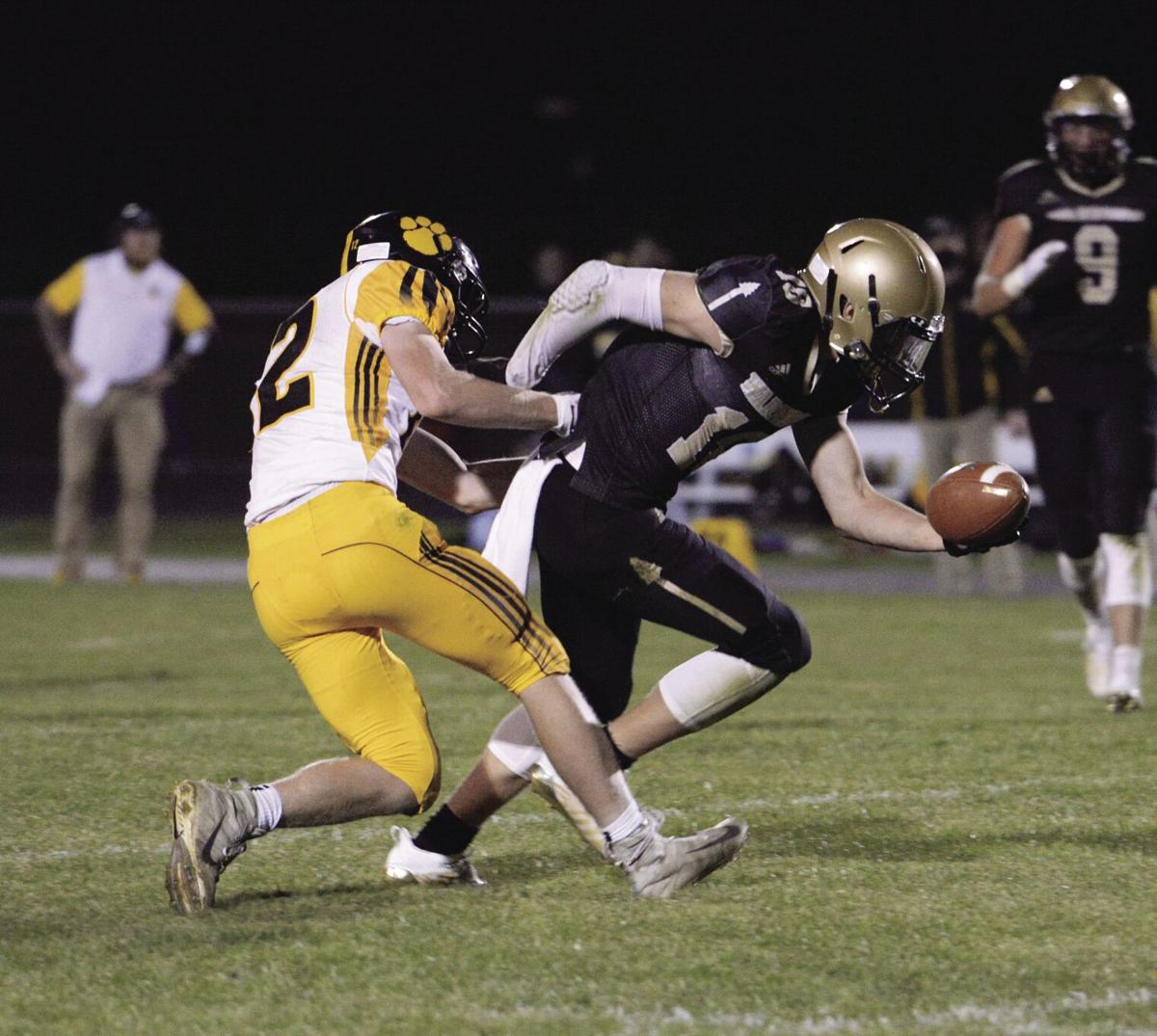 Eli King scored on this 80-plus yard kickoff return.

Sometimes a football game changes in a heartbeat. On Saturday, October 10, the hometown stands in Caledonia were quiet after Plainview-Elgin-Millville tied an 8-8 defensive battle with about 6 minutes left to play in the third quarter. Then Caledonia quarterback Eli King picked up the ensuing kickoff and (with the help of several blockers) ran through pretty much the entire Bulldog team on an 80-plus yard touchdown scamper. The Warriors shifted into high gear following that eye-opening play, scoring twice more and winning their 2020 opener 26-8.

Caledonia is the reigning champion in Minnesota AA football, with five consecutive state tourney crowns. The team also has the longest active winning streak in the nation in high school ball (69 victories).

The Warriors totaled 324 yards of offense, while the Bulldogs garnered 115. The home team also achieved 15 first downs – three times the number their opponents got. Caledonia also converted on an impressive 4 of 5 fourth down attempts.

King collected 217 yards and one touchdown via airmail, connecting on 17 of 35 pass attempts. He also rushed 15 times for 64 yards and two additional scores. Leading receivers were Austin Klug (6 catches for 111 yards), Jacob Staggemeyer (6 receptions for 22 yards), and Andrew Kunelius (3 receptions for 43 yards). Chris Pieper also snagged a pass and ran it in for a touchdowwn. Leading rushers (other than King) included Reed Gordon (6 carries for 23 yards) and Thane Meiners (5 attempts for 15 yards).