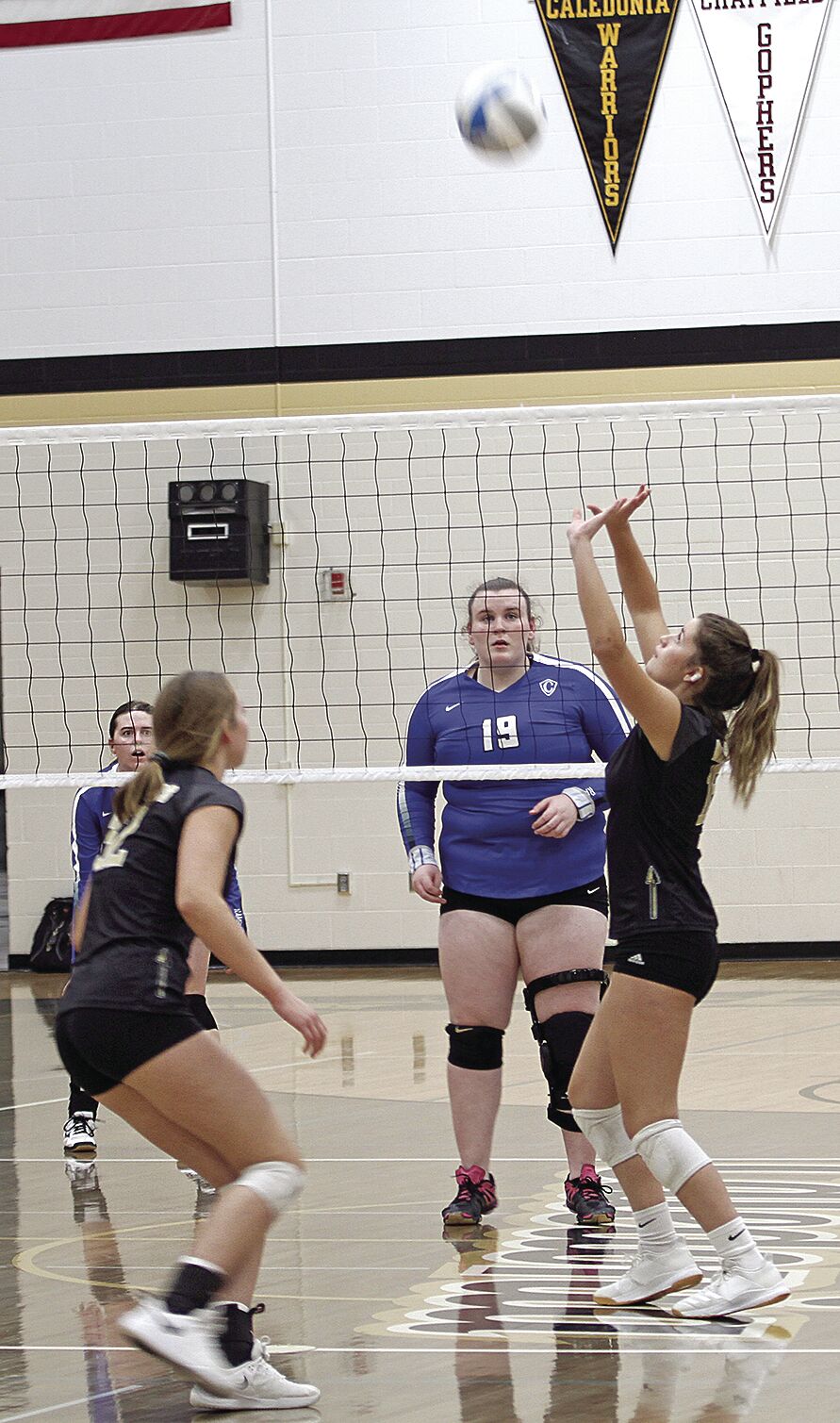 Setter Claire Buttell sets up the ball in the Warriors first game against Winona Cotter. 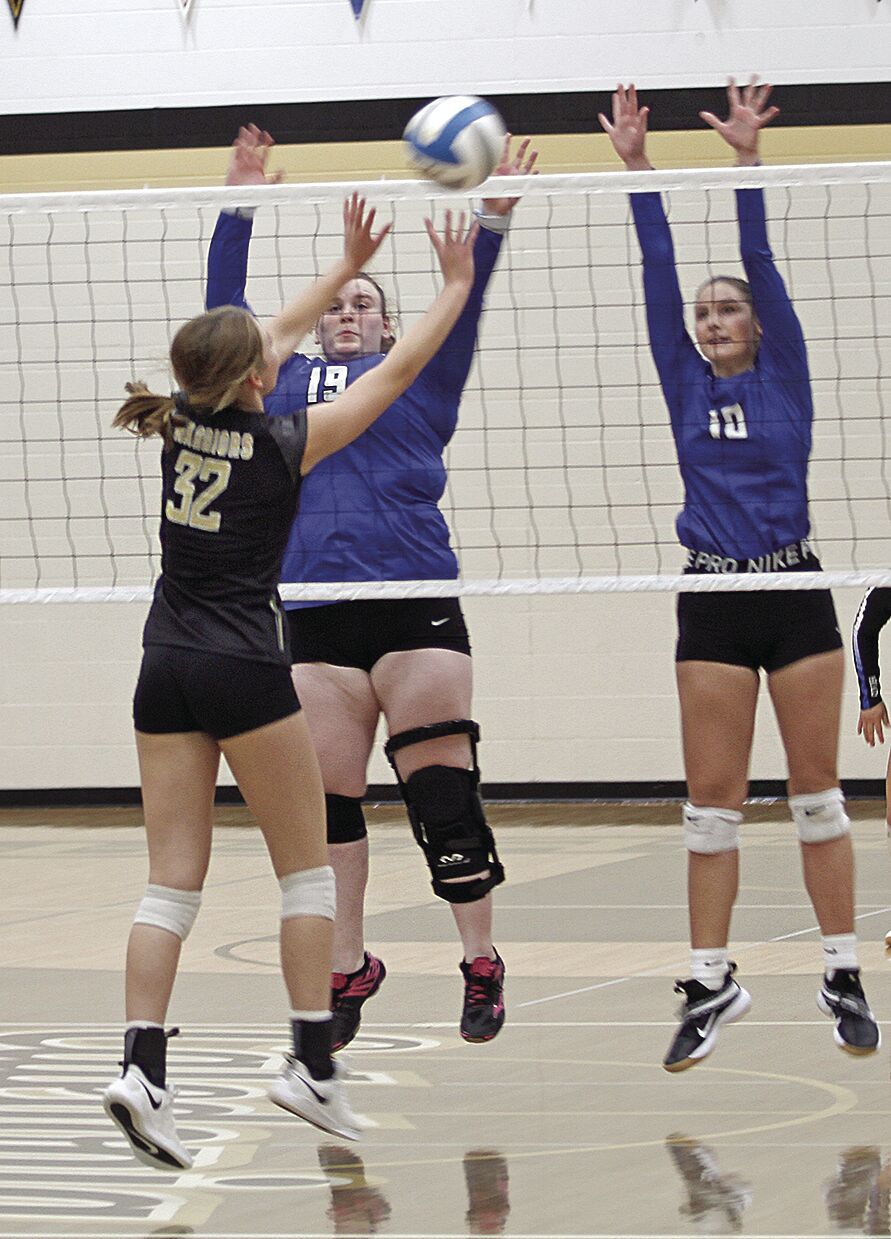 Teagan Lange hits the ball through a Cotter block.

Setter Claire Buttell sets up the ball in the Warriors first game against Winona Cotter.

Teagan Lange hits the ball through a Cotter block.

The Warriors volleyball team wasn’t going down without a fight on Thursday night, as they battled their season opener with Winona Cotter, where they lost 3-2.

Caledonia opened the first set  with a lot of energy, which earned them the first point. The teams volleyed points back and forth until Caledonia pulled ahead 12-10, with a few kills that Cotter could not return.

Cotter fought back a little harder after a time out and managed to close the points gap to 24-22. The Warriors missed two short plays and hit one out of bounds, allowing Cotter the first set.

In the second set, Cotter came out swinging again, earning the first three points. Caledonia quickly earned their points and started to fight back with a few well-timed attacks. Cotter kept up the energy and inched away from Caledonia, keeping the lead out of their reach.

Caledonia finally caught up at 23-22 points, but missed the last two attacks to hand the set over to Cotter.

The third set saw Caledonia not ready to give up yet, as they came back fighting and lead Cotter 7-6. Warriors’ No. 32 Teagan Lange went down with an injury.

Cotter overtook Caledonia again 15-12, but couldn’t hold onto that lead for long, as the Warriors took it back and won the third set.

“Our girls learned a lot from this match that will help our team seven weeks from now,” Caledonia head coach Scott Koepke reported. “After being down 0-2 the girls showed a lot of resilience coming back to push the match to five sets.  We were proud of all the girls how they kept competing.  There are some key areas we need to get better at and that is up to our coaches to train those areas so we can keep trying to reach our goals.  We are excited to get back to work this week...

“We want to thank everyone for watching online and we hope fans can again return to cheer our kids on in the near future.

On Thursday, the Minnesota State High School League announced each volleyball player would be allowed two attendants, making for a sparsely populated gymnasium.

The Warriors next game is against Lewiston-Altura on Thursday, Oct. 15 at home, 7:15 p.m.