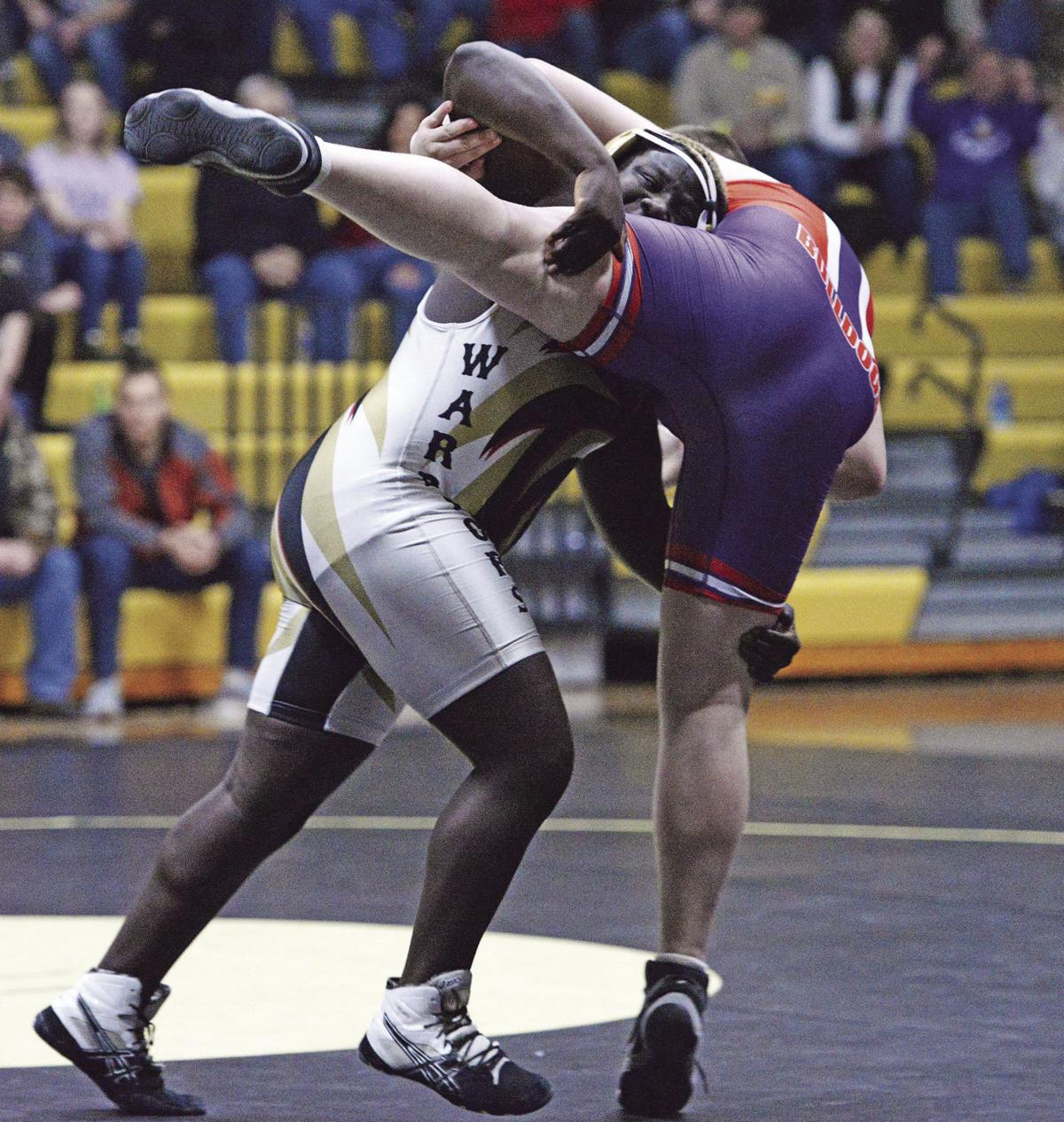 Dameriz Davis brought the home crowd to it’s feet with a series of take-downs at 220, repeatedly lifting his opponent into the air en route to a major decision. 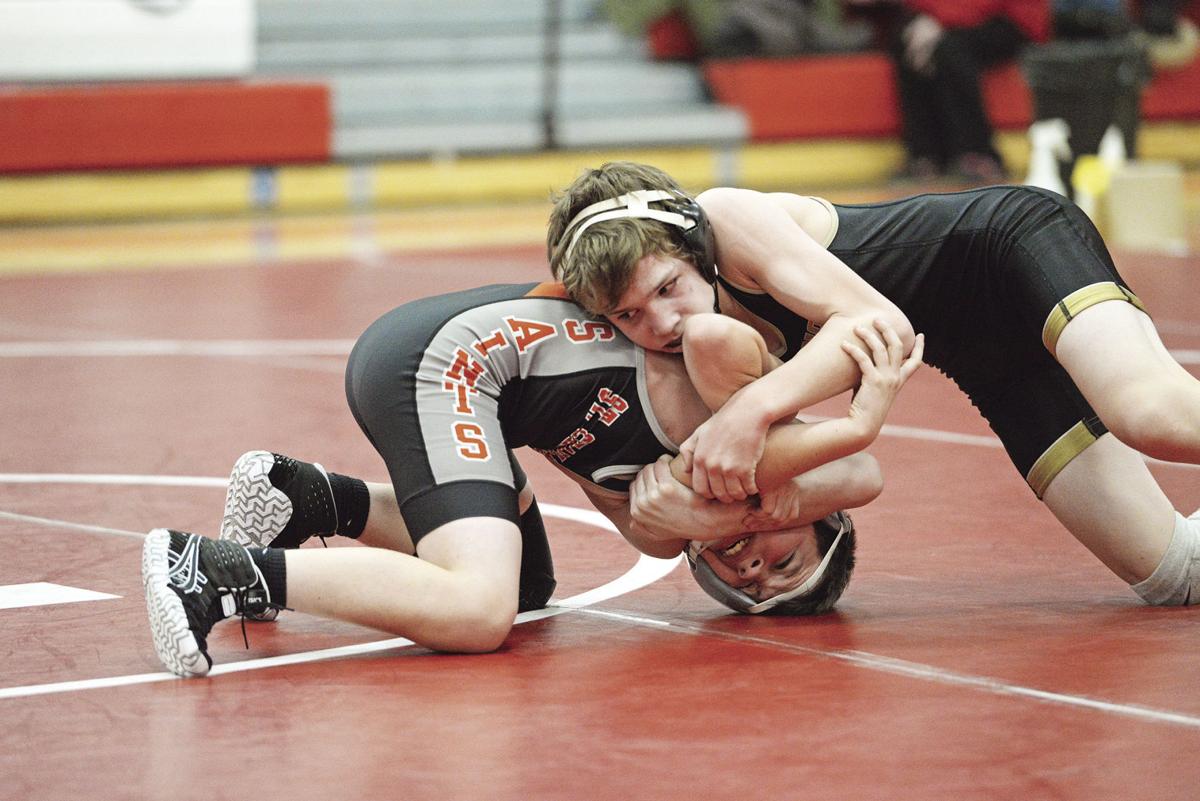 Owen Denstad getting a win for the Warriors.

Dameriz Davis brought the home crowd to it’s feet with a series of take-downs at 220, repeatedly lifting his opponent into the air en route to a major decision.

Owen Denstad getting a win for the Warriors.

The FC/L/M-C Wolves defeated W-K 49-18, and the GMLOS Bulldogs beat the Falcons 63-14. The Warriors were finally out-pointed 42-32 by the Bulldogs, but both teams had their moments during the nightcap.

“Owen Blocker had a nice win against a quality GMLOS opponent,” C/H head coach Shay Mahoney said after the meet. Blocker stepped up from his listed weight class of 182 to compete at 195, where he pinned his opponent.

“They’re a tough team,” Mahoney added. “As a team I felt we competed really well, and hopefully we can flip some of these close scores (at) Section this week.”

The Bulldogs forfeited two weights that happened to be held by powerful contenders for C/H (152 and 285). And the Warriors had to forfeit 170. Three state-ranked Bulldogs scored victories (a decision at 106, a fall at 160, and another pin at 182), while a fourth stood unopposed at the aforementioned 170 pound class.

Caledonia/Houston got a major decision from Tucker Ginther (ranked #9) at 126. Brandon Ross got the pin at 120 for the Warriors, while teammate Dameriz Davis brought the home crowd to it’s feet with a series of take-downs at 220, repeatedly lifting his opponent into the air en route to a major decision.

“Yes, Dameriz brought some great excitement for the crowd,” Mahoney said. “He is new to the sport, so it’s nice seeing him do well.”

For the varsity, the Section 1A team tourney takes place February 13 and 15. With the #5 seed, Caledonia/Houston travels to #4 Chatfield on Thursday, where the action begins at 6 p.m. The tourney moves to the Mayo Civic Center on the 15th, where the Warriors or Chatfield Gophers would most likely face top seed GMLOS in the next round. The section tournament for individuals also takes place at Mayo on February 21 and 22. State tourney action will get going on February 27-29 at Xcel Energy Center, St. Paul.