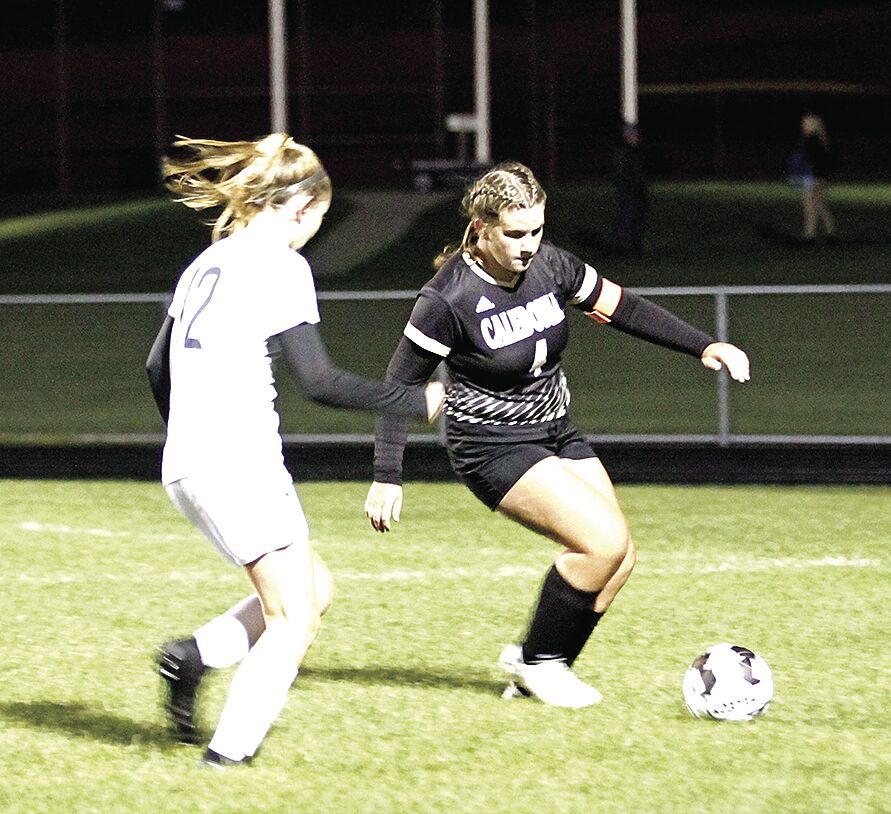 Therese Jore goes after the ball in a game against Cotter. 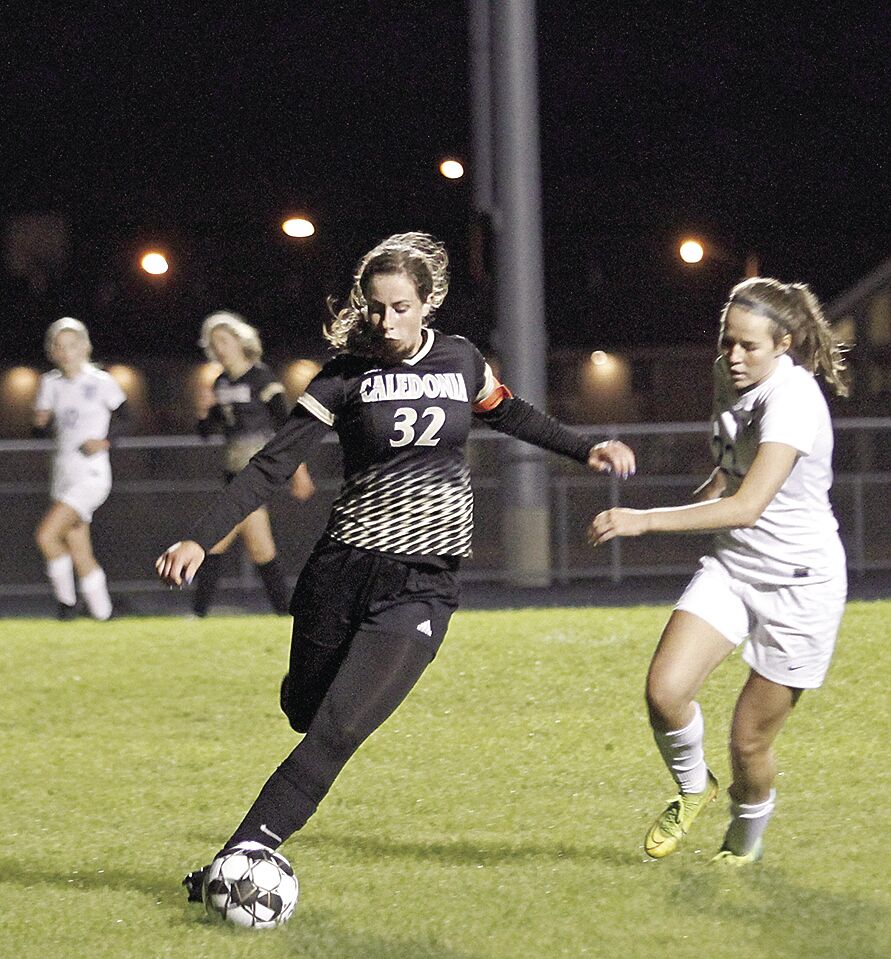 Katelynn Seymour kicks the ball just before a Cotter defender swoops in.

Therese Jore goes after the ball in a game against Cotter.

Katelynn Seymour kicks the ball just before a Cotter defender swoops in.

The Caledonia/Spring Grove/Houston girls soccer team hosted Winona Cotter on Thursday, September 10. The Warriors put up a stout defense, but the visitors from Winona won the match 13-0. The conference-leading Ramblers had arrived undefeated, and took 30 shots on goal. Nine Winona players scored during the contest.

“Eighth grader Josie Foster held strong and had 17 saves on the night,” Warriors head coach Chris Jandt reported. “The defense played very well but we could not prevent the attacks from Cotter. Cotter is the favorite for the top seed in the playoffs (if that’s happening due to COVID) and the favorite for winning the conference again. We struggled to string passes together to get the ball out of our defensive end and move into an attacking position.”

Two days later, Caledonia traveled to Plainview-Elgin-Millville to play a match originally scheduled for September 8. The Bulldogs of PEM won that contest 3-0.

“Caledonia had a strong defensive game with the backline of Grace Denstad, Katelynn Seymour, Mikaela Konkel, Therese Jore, and Ayshia Gay taking many shots away with blocking them. At the end of the game, they were icing with the beating they took. This was the best defensive game out of the backline all year. They really helped Josie out by stepping in front of shots.”

The match could easily have been closer.

“Just before half-time, Eliza Welscher sent a nice ball into the 18 yard box,” Jandt said. “Gabby Roble got a great shot off but PEM’s keeping came out sliding and made a great save. We went into half time 0-0. PEM came out in the second half with some great balls and put in a header 30 seconds into the half. Scoring at the 65th minute and 77th minute.

“Josie Foster had another great game and made some great saves. She’s becoming more comfortable back there and is playing well beyond (what could be expected), being an 8th grader.”

The Caledonia girls visit Dover-Eyota at 7 p.m. on Tuesday, Sept. 15. On Friday, Sept. 18, the girls soccer squad will host the Saints of St. Charles at 7 p.m.