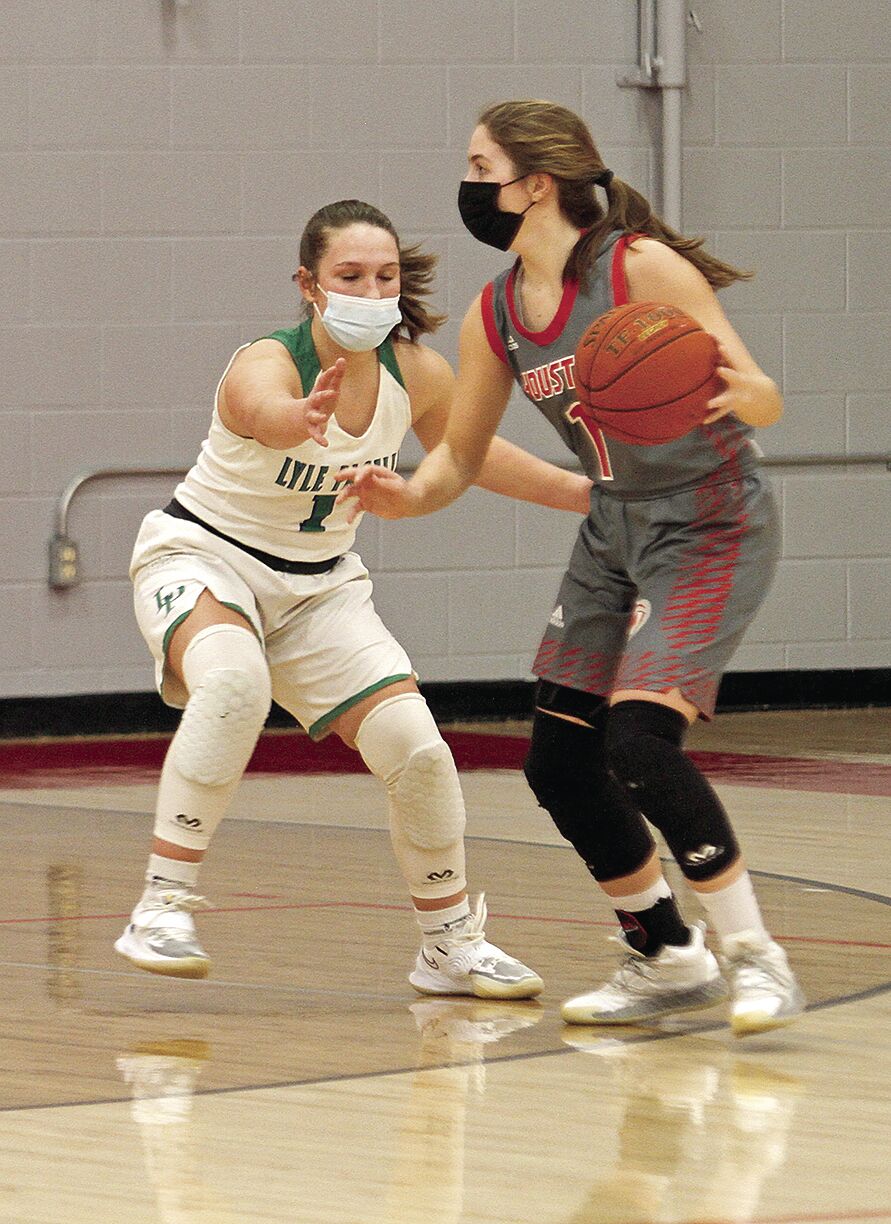 Priya Kingsley dribbles away from a Lyle-Pacelli player. 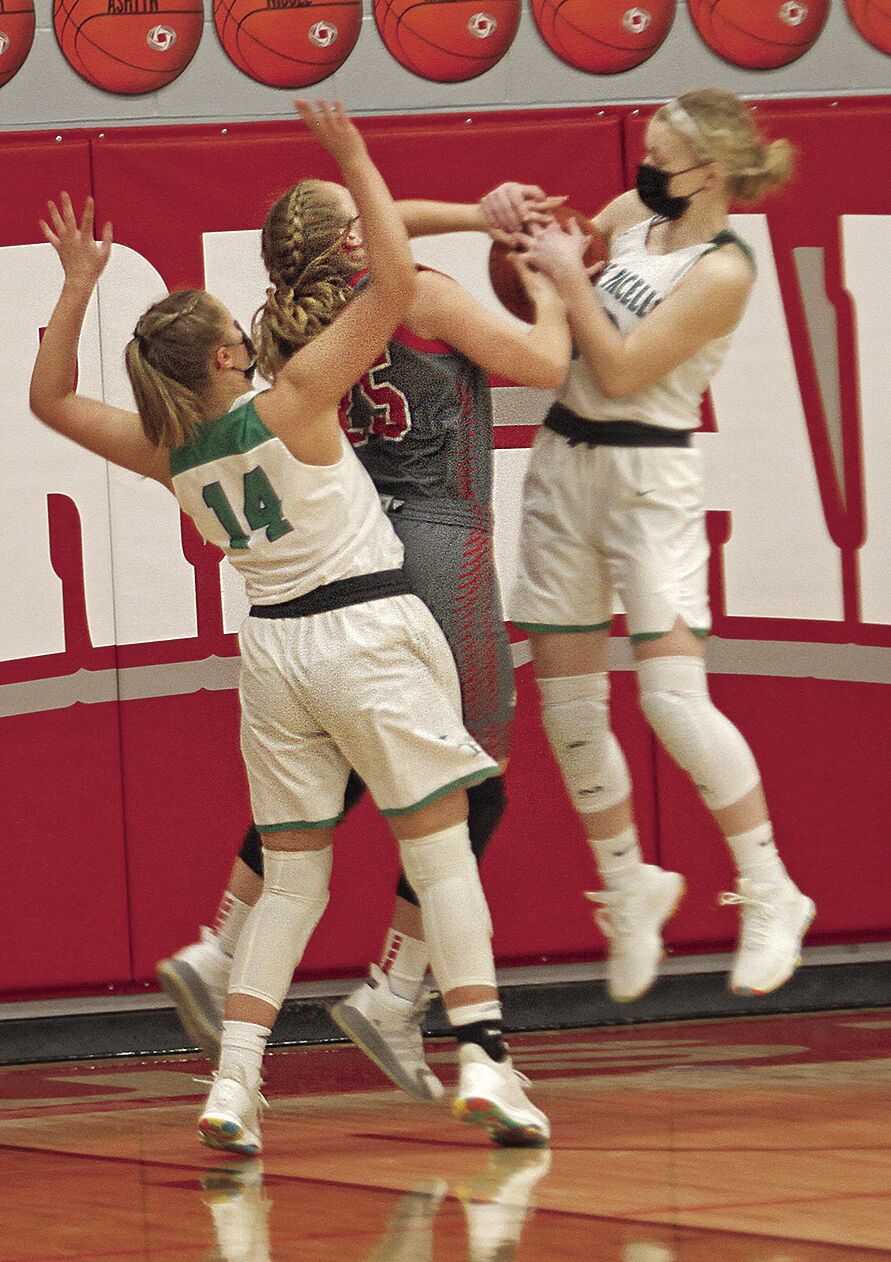 Amelia Torgerson wrestles with Lyle-Pacelli for the ball. 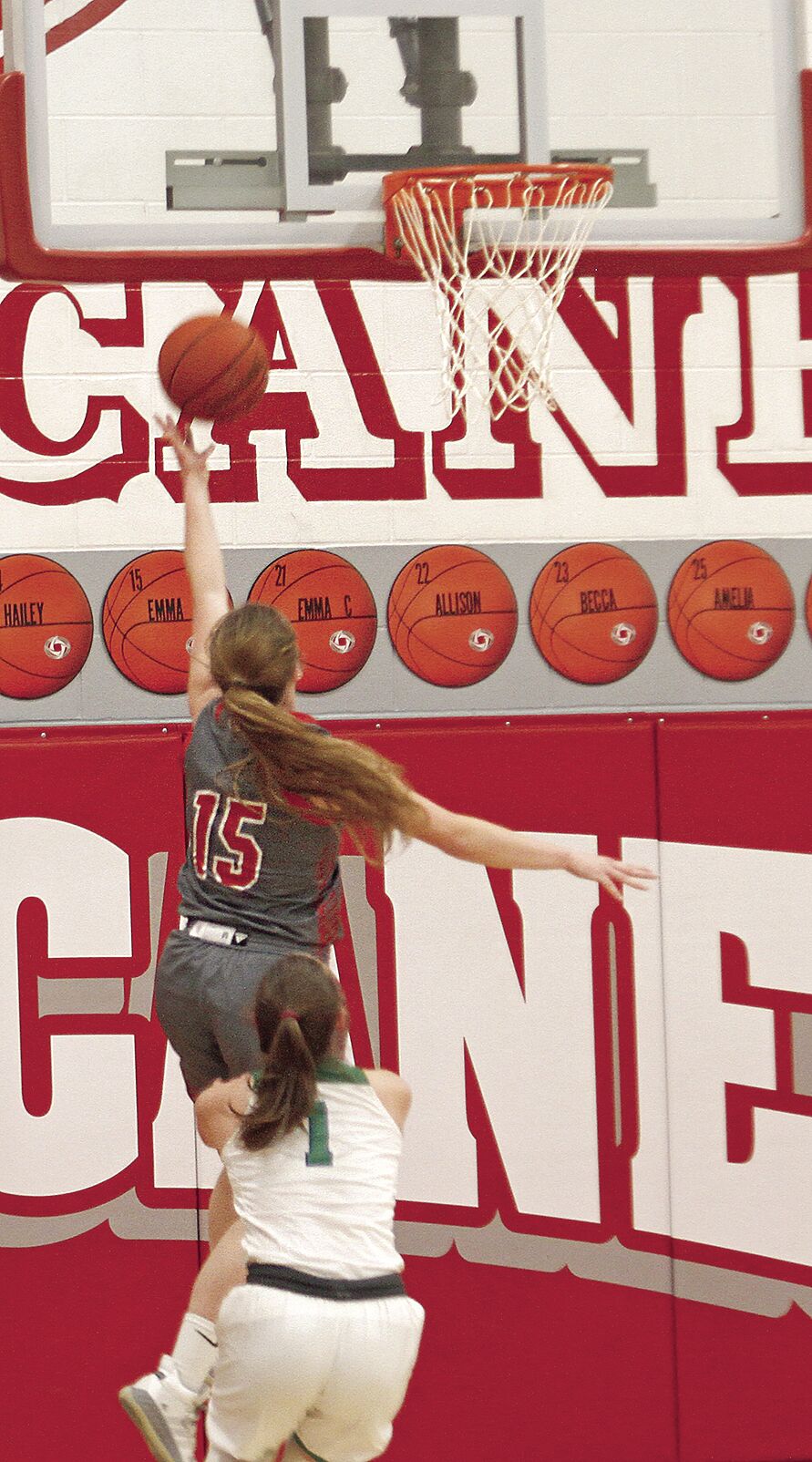 Emma Geiwitz goes for a layup. Geiwitz scored 24 points for the Hurricanes.

Priya Kingsley dribbles away from a Lyle-Pacelli player.

Amelia Torgerson wrestles with Lyle-Pacelli for the ball.

Emma Geiwitz goes for a layup. Geiwitz scored 24 points for the Hurricanes.

The Hurricanes made their first points on free throws after the Athletics fouled. Sydney Torgerson was first to the line, successfully completing one free throw shot. After the ball was back in play, Torgerson found herself at the line again and completed another shot, bringing the first score to 2-0.

Becca Rostad was next up at the free throw line, followed by a 3-point shot from Emma Geiwitz. Rostad also recorded a 3-point goal.

Houston matched up with No. 8 Fillmore Central on March 20, where they won 61-52. Houston will play Hayfield on Tuesday, March 23.