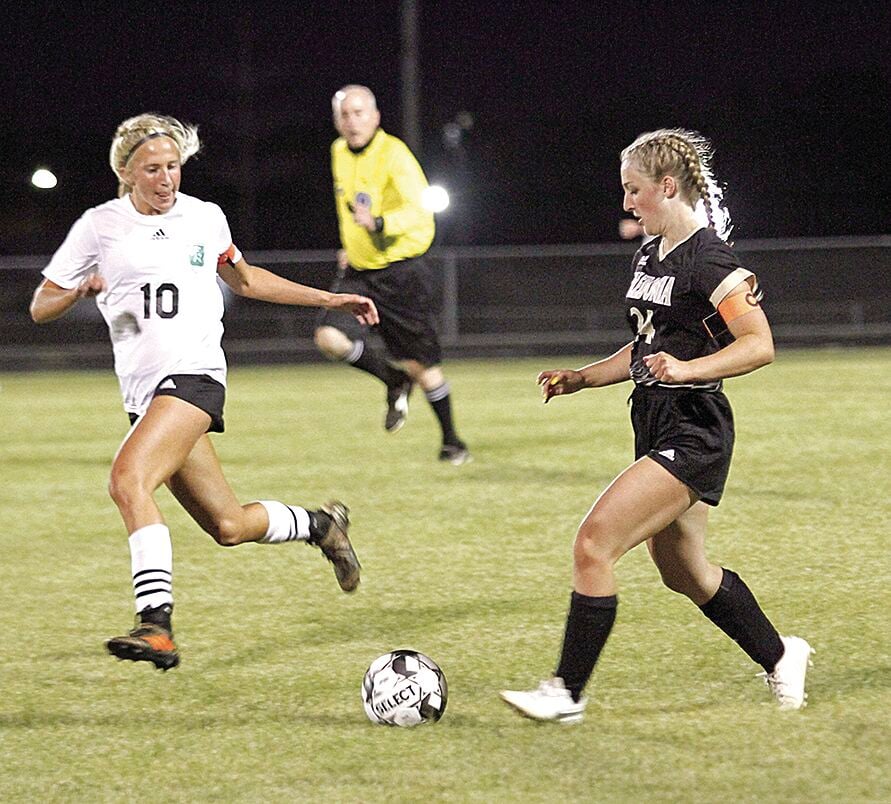 Eliza Welscher keeps the ball away from a La Crescent defender. 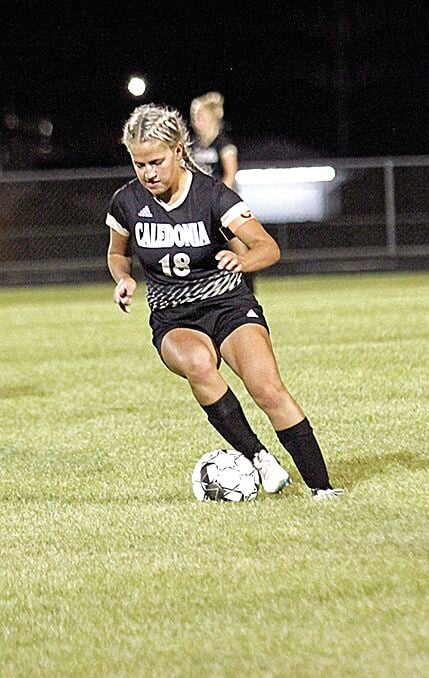 Gabby Roble takes the ball down the field in last week’s game against La Crescent.

Eliza Welscher keeps the ball away from a La Crescent defender.

Gabby Roble takes the ball down the field in last week’s game against La Crescent.

The Caledonia/Houston/Spring Grove girls soccer team has taken the field for their 2020 season.

“We have a lot of returning players and starters with seven starters returning,” he said.  “A few new faces as seventh, eighth, and ninth graders step in to gain some valuable varsity experience. (We’re) looking to compete in our conference games this year and hopefully get a few wins.”

The first match of the season featured a road win at Schaeffer Academy, so the team is certainly on track to have some fun this fall.

Jandt said team strengths include experienced forwards and wings. Both of those positions feature returning starters.

Challenges this year will most likely be on the defensive end of the field. The squad has a new defensive formation, with a talented eighth-grader – Josie Foster – playing goal keeper.

“Josie has the skill level to play at the varsity level,” the coach noted, “only herself can stop her from being a great goalie.”

Overall, classes are well-represented, with four seniors, six juniors, seven sophomores, a freshman, an eighth-grader, and a pair of seventh-graders appearing on the roster.

Jandt said the favorite in the TRC is Winona Cotter, with the same team and Rochester Lourdes favored in the section. The Warriors are probably in the “middle of the pack” this year, he added.

Jandt has six years of experience at head coach for the girls team. He also served two years as head coach of the boys soccer team, and three years as an assistant with that squad. His assistant coach is Vivian Seymour, who is a past team captain and two-time honorable mention All-Conference player.