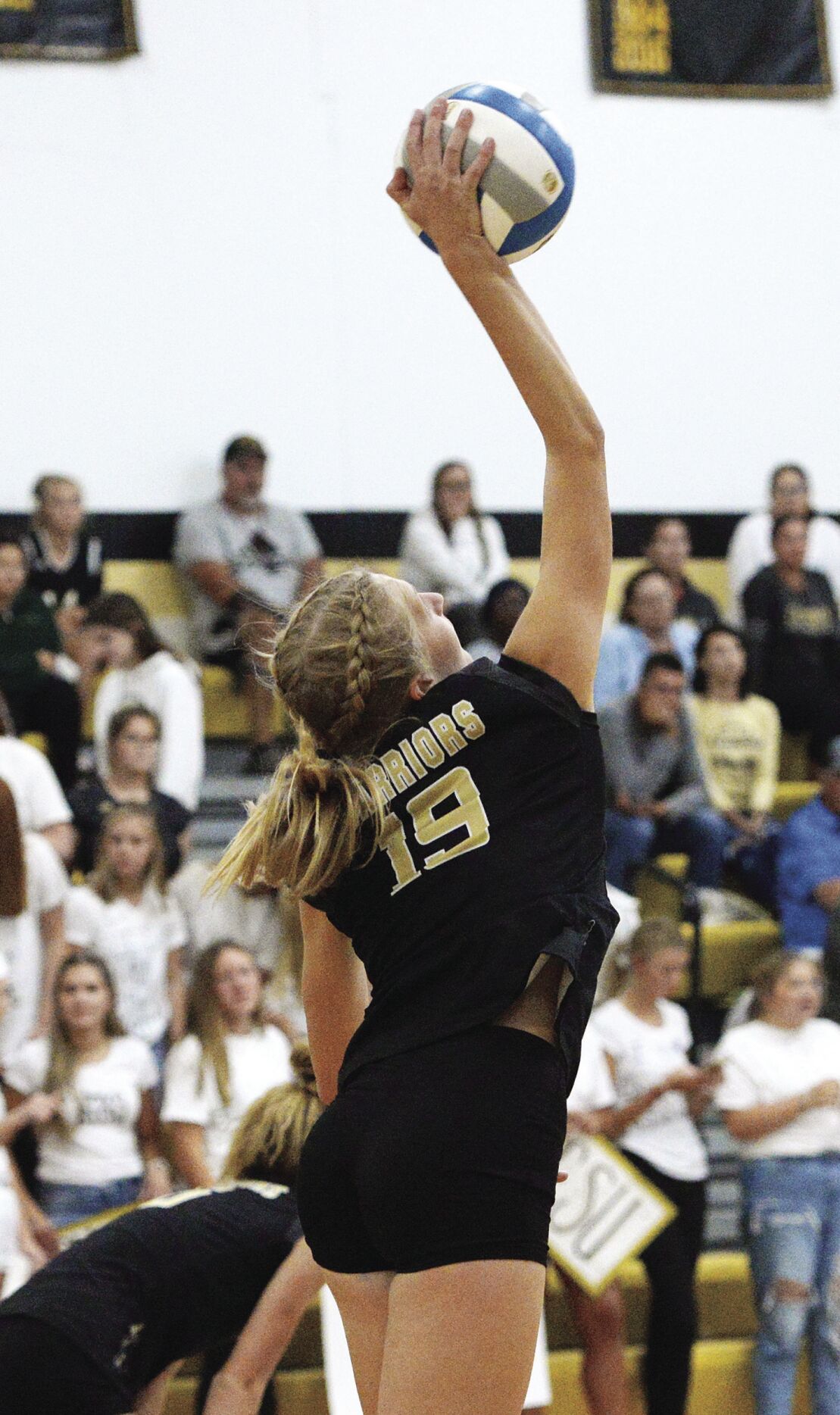 Paige Klug gives a hard hit over the net in a game against La Crescent. 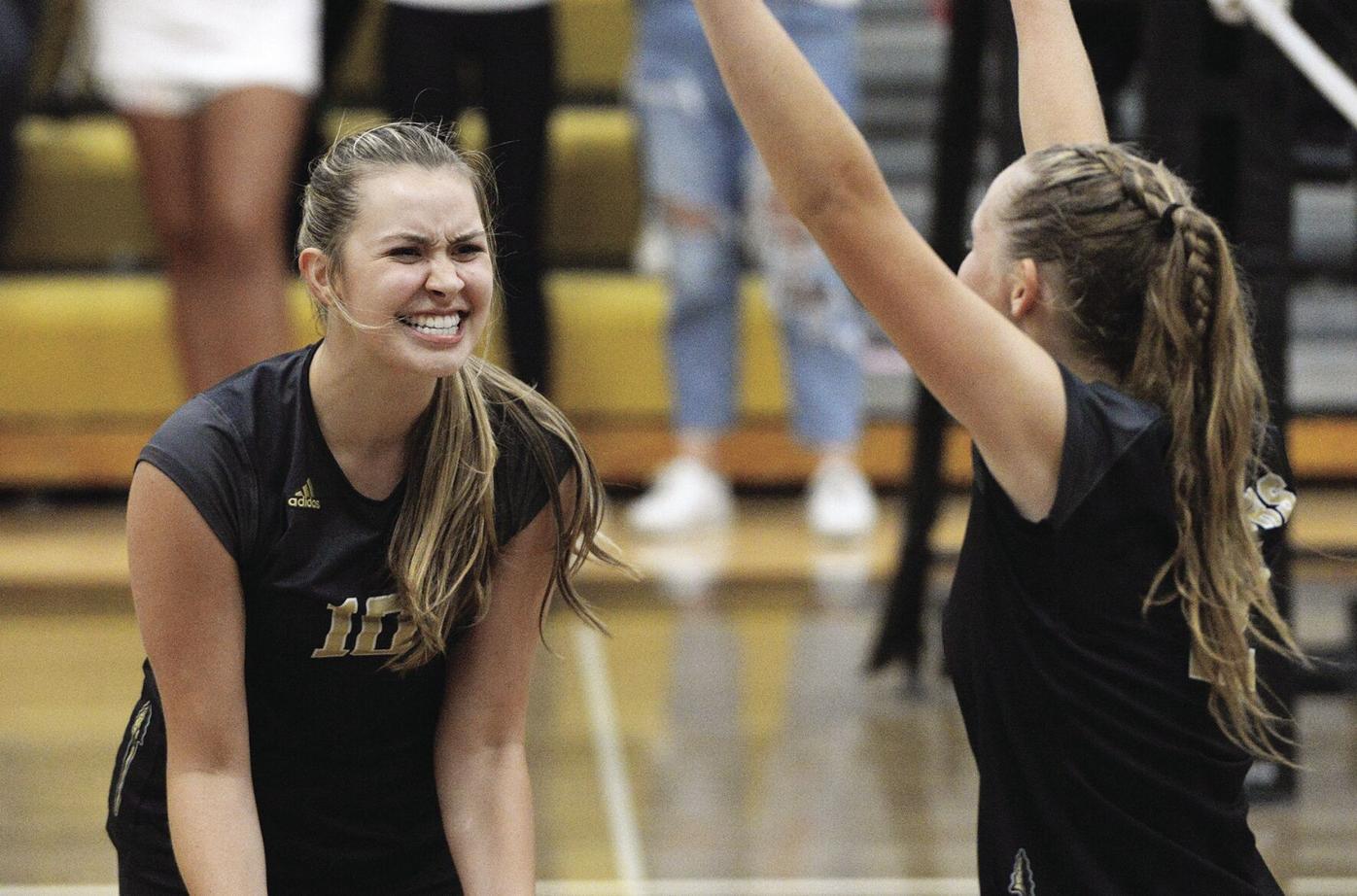 A pair of Caledonia players celebrate a set point versus La Crescent.

Paige Klug gives a hard hit over the net in a game against La Crescent.

A pair of Caledonia players celebrate a set point versus La Crescent.

“Cotter has one of the best liberos we have played against in a long time,” Caledonia head coach Scott Koepke reported. “I would not be far off in saying that she could play the entire back roll all by herself and get the ball to target 95% of the time. It actually was quite impressive to watch.

“Our girls also played solid defense and we are starting to see some growth in some of the passing areas we are working on. We were able to run some good middle attacks which is a good sign. We did not have our best serving night with 11 errors and four aces, but the girls still kept working hard, kept a great attitude, and kept pushing for points. We were proud of their effort.”

Koepke said that Lancers coach Nikki Johnson “has done a really nice job with a La Crescent volleyball program. They are a very competitive team this year with some good swing coming from the outside.

“We were very proud of our girls, how we kept growing again with our passing and were able to run a lot of middle attacks as well as a good outside attack. La Crescent was a very good short serving team which forced our girls to make some adjustments in their eyework, but our whole team had great energy in both the Cotter and the La Crescent matches.

“We again are proud of each and every girl on our team as well as the effort our managers put in. After the Labor Day break we will get back to work next week and keep working hard for growth. We want to thank all the fans that came out to watch the La Crescent game, it was great to see fans in the stands again and cheering for our girls, thank you!”