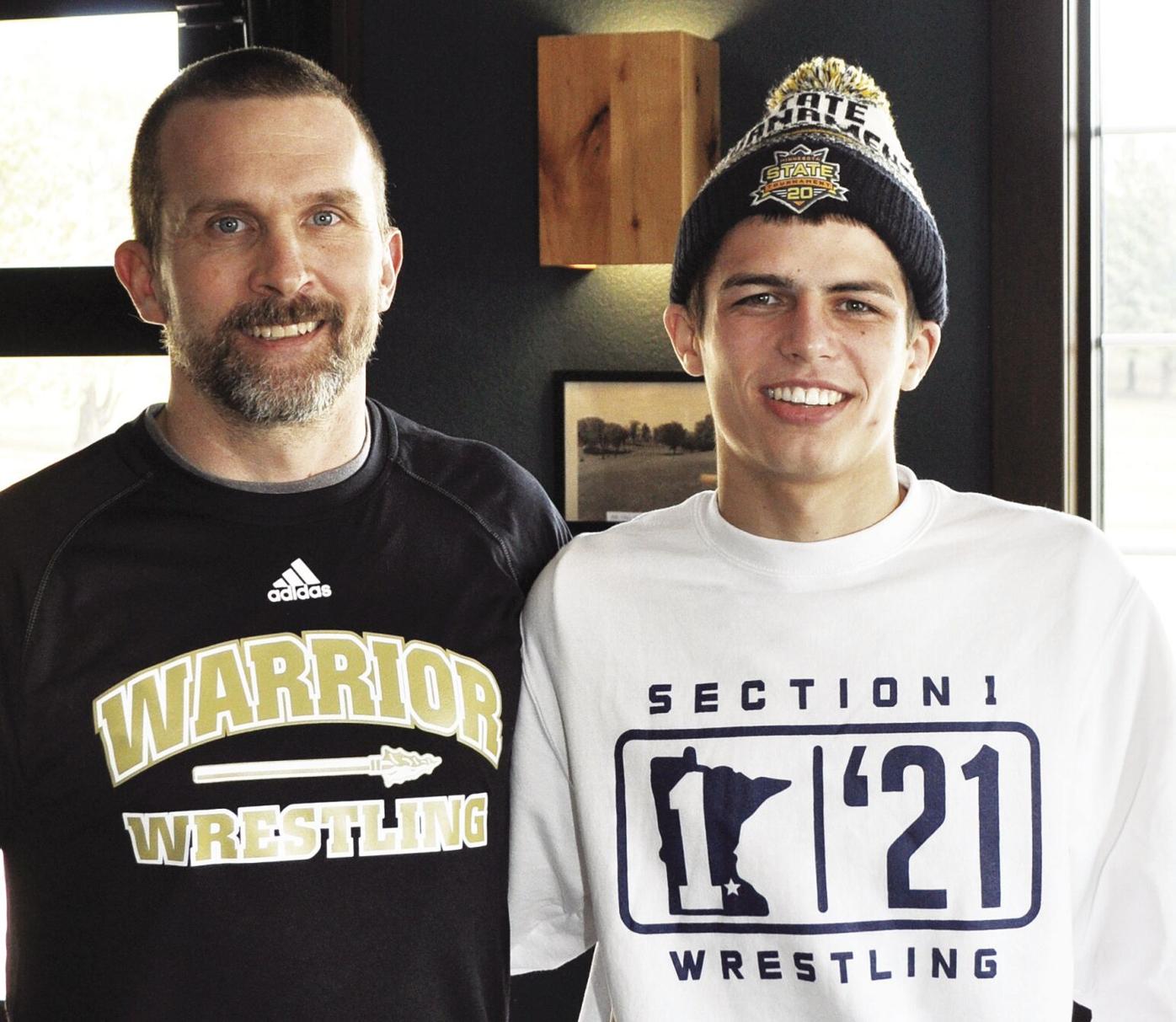 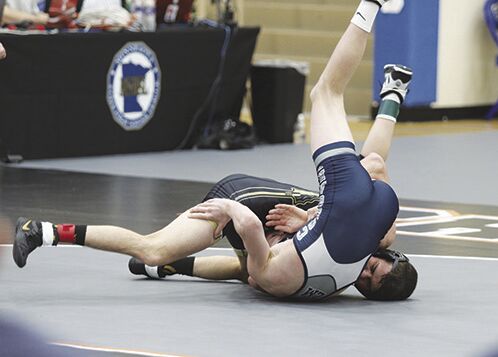 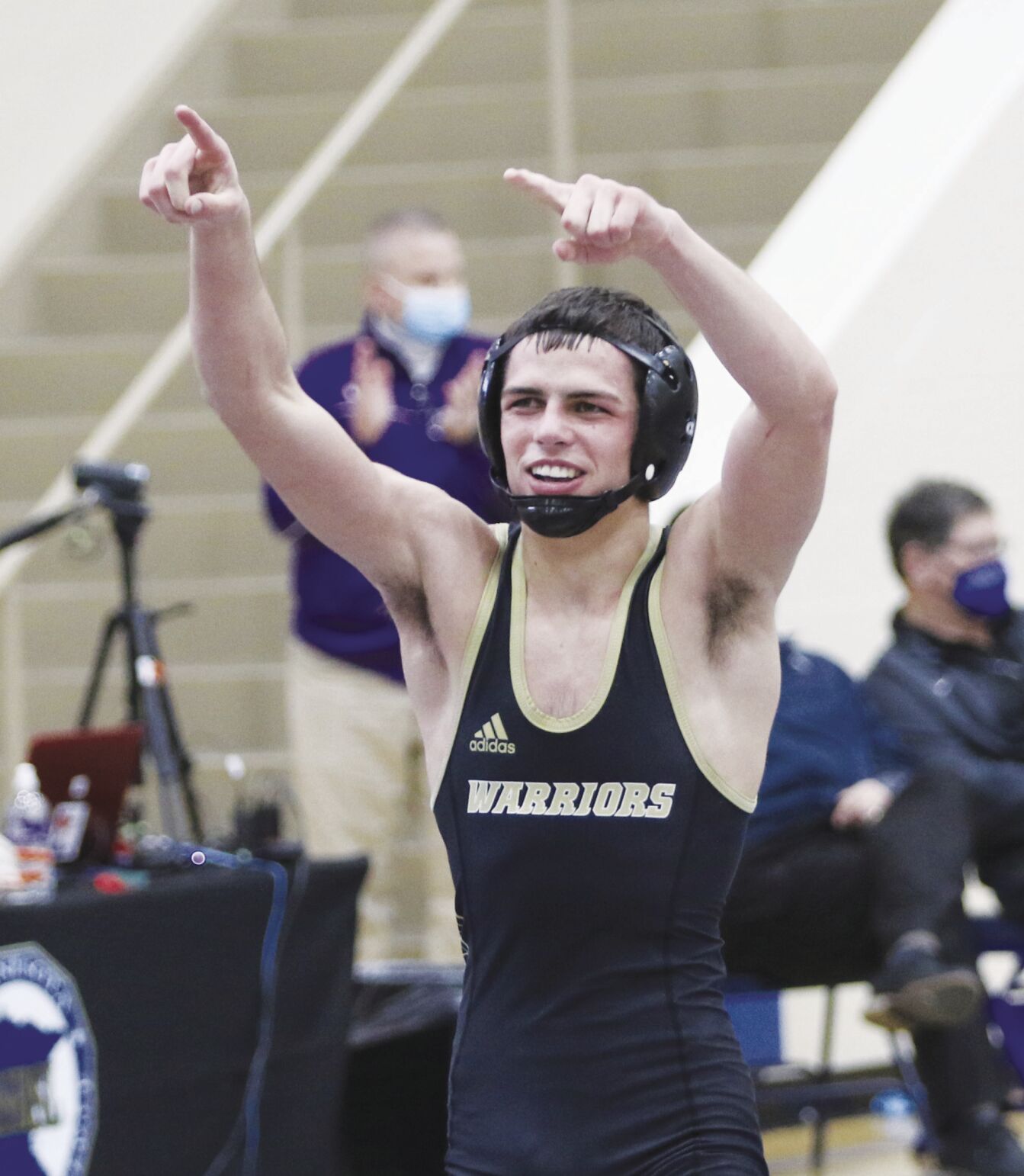 Brandon Ross was victorious in all three of his State Tournament matches.

Brandon Ross was victorious in all three of his State Tournament matches.

The last time Warrior Brandon Ross lost a wrestling match was in the 2020 State Championship finals. This season, the talented junior took one more step in his career, winning the 120 pound Minnesota Class A weight division on March 27th in no uncertain terms.

“I just kept on pushing the pace,” Ross said of his unbeaten 2021 season. “I knew I wanted to come back and go get first. I’ve been in the weight room, getting bigger... and I just love wrestling. I wanted gold.”

“Brandon is long for that weight and he’s very, very strong, so it plays into his favor,” Caledonia/Houston head coach Shay Mahoney said.

So what was the 2021 State Tournament at Michael-Albertville High School like?

“He was nervous for that first round,” Mahoney reported immediately after the meet. “It was a new environment, and it was different from any tournament that he’s wrestled in before... But once he got going he was all right. And the rest of the day he just kept getting better and more confident. He was ready to roll going into the finals. Really confident.

“When he got on top of guys today they weren’t close to getting out - they were on their belly most of the time - trying to get out.”

“I’ve been all right on top,” Ross said, “I’ve been doing the basics, trying to get that down pretty good. (Lately) I just became a better top rider.”

Ross controlled the entire championship match, putting his offense in gear while keeping his opponent from responding with some scoring moves of his own.

He arrived with a record of 31-0 and led off with a pin of Kaleb Lochner of Zumbrota-Mazeppa. In the next round, Ross defeated Eli Larson of the Border West Buccaneers, notching an 8-3 decision. Then, in the championship match, the Warrior junior beat Ryan Jensen of Belgrade-Brooten-Elrosa, 6-1.

Mahoney said that he’s looking forward to next year. Brandon will be a senior, and he’s an excellent role model, exhibiting the values of hard work and dedication that C/H coaches stress. Four other Warriors who qualified for the State Prelims are also expected back, including seventh-grader (in 2020-2021) Will Allen, who wrestled at 106, freshman Owen Denstad, who competed at 126, freshman Isaac Blocker, who checked in at 132, and sophomore Tucker Ginther at 138, who has State Tournament experience, and almost went to state again this year.