Mel was born in Madison Wis. on October 7th, 1959 to Ruth and Victor (Bearcat) Christian and was the fourth of eight children.

He worked hard alongside his father and brothers at Schiltz Farms and graduated from Caledonia High School in 1977.  Mel enjoyed the art of auto body work and received his degree from South East Technical College. He worked at Walt Hammond Buick for three years, found himself dedicating 33 years to Kwik Trip Corporation, and then worked as a Waste Management Professional with Onopa Services on the Fort McCoy base. He also enjoyed bartending at The American Legion Post 595 and Pete’s Bar where lifelong friendships were created.

He married Allison Conrad (Eglinton) in 1979, they later divorced.  He was then joined in marriage with Mary Hagen (Anderson) in 2008.

Mel was not a man of few words! He always had a story or a joke to tell. His sense of humor and the personal nicknames he gave were just a small piece of the goodness and fun he shared with all.

It was obvious to all who knew him that he was so proud of his family and cherished all times spent together, especially camping and making memories around a bonfire.

Hunting, Fishing, Golfing and Bowling were a few of so many other activities he took joy in.  He was a Minnesota Sports enthusiast; his dedication belonged to the Vikings and whoever’s playing the Packers!

On Friday, February 19th, 2021 Melvin unexpectedly passed away at the age of 61 of an aortic dissection.

Melvin was preceded in death by his parents, a sister Rosemary, a brother in law Dean Holland, a nephew Joseph Holland, a niece Allee Christian and his granddaughter Clara Jane Bjerke.

A celebration of life visitation will be held 2:00-5:00 p.m at Four Seasons Community Center, Caledonia MN, on Saturday, February 27th.

McCormick Funeral Home is assisting the family and online condolences may be given at mccormickfuneralhome.net 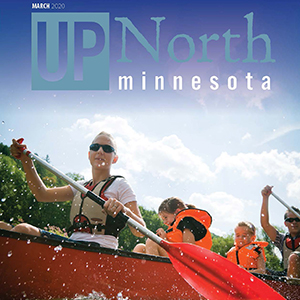