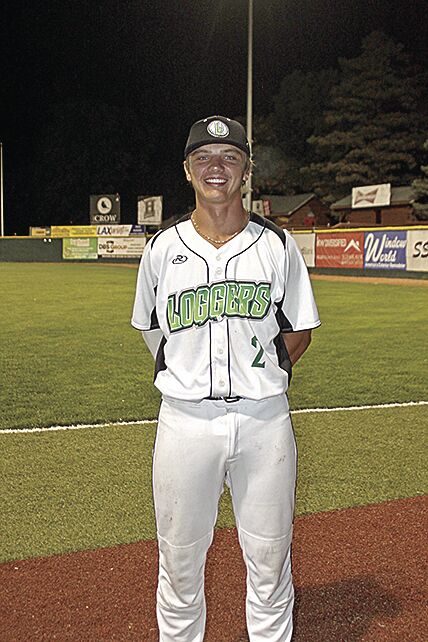 Caledonia native Tate Meiners had his time to shine with the La Crosse Loggers baseball team this past summer. Meiners had the opportunity to play with Wisconsin-based team. 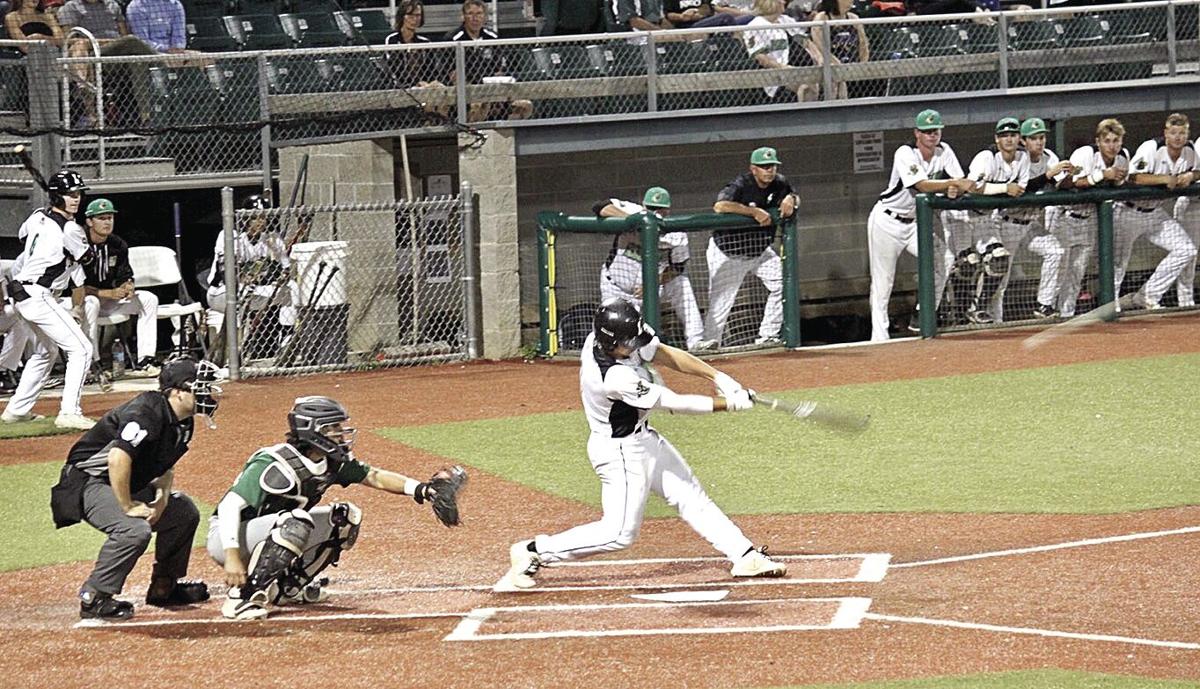 Tate Meiners swings and connects with the ball while playing for the La Crosse Loggers this summer.

Caledonia native Tate Meiners had his time to shine with the La Crosse Loggers baseball team this past summer. Meiners had the opportunity to play with Wisconsin-based team.

Tate Meiners swings and connects with the ball while playing for the La Crosse Loggers this summer.

For Caledonia alum Tate Meiners, playing several games for the La Crosse Loggers this summer was a hoot.

Baseball is a passion with Meiners, who graduated from Caledonia High School in 2019 as one of nine senior ballplayers – practically a team in itself.

He’s now set to begin his sophomore year at Augustana University (Sioux Falls, South Dakota), where a starting place for the Vikings at third base (or at least some service in the outfield) is a very real possibility.

But those recent Northwoods League appearances, so close to his hometown, were special.

“I played five games with them (the Loggers),” Tate told the Argus. “It was really fun. It was a lot higher level than usual, but I did pretty well. Had 15 at-bats and got on base seven times.

“I DH’d (appeared as a designated hitter) the last two games, which were playoff games, so that was fun, and I played a little infield. I think I had an average of just over 300, and an on-base percentage of 450 or so.

“I was a shortstop in high school. I’m most likely going to play third base at college, most of the time.”

Do you have fond memories of your Caledonia High School teams?

So was your first year of NCAA Division II baseball exciting?

“Yes, definitely. I like it a lot. We were practicing a lot more and lifting (weights) all the time. It’s just more baseball, basically.”

Fall baseball practices are held, too, and were scheduled to begin the first week in September, Meiners added.

“For three days a week, we do a team lift, and two days a week we do just baseball practice. We may also have some inter-squad games, probably. Maybe a couple scrimmages if they allow that... but with COVID, we’ll see.”

So baseball becomes a year-round sport at the NCAA college level?

“Yeah, for sure. It’s definitely year-round.”

Athletics is important in Sioux Falls. Augustana has announced its intention to transition to NCAA Division I sports, but just how long that will take remains an open question. For now, it’s part of a long-term plan.

What else did your team get to do last year at Augustana?

“We went to the Dominican Republic during the pre-season. We played about six games there, and I got in some of those. It was just more of a ‘everyone gets to play’ situation, but it was really fun playing some pretty good Dominican teams. We went down there for about a week.

“We played the Texas Rangers’ Dominican (farm) team. They were comprised of about 17 – 18 year old players. So that was fun. There were some pretty cool facilities down there, some were really awesome, and others were pretty beat up. Both extremes.”

But the trip included more than sports. There were academic activities, too.

“We took a class for the month of January...” Tate (who is majoring in nursing) recalled. “It was basically learning about the Dominican Republic. The history of it, and the baseball tradition down there. So when we went down we did some things academically, like visiting some factories.

“We saw some clothing factories, one where they were treated well and paid well, but there are some where they don’t get paid very well...

“So we did a lot of cool stuff down there. We even went to an island, and spent a day there.”

College has included some hard work, and some great experiences. “It’s been a lot of fun,” Meiners concluded, “and I definitely don’t regret any of it.”