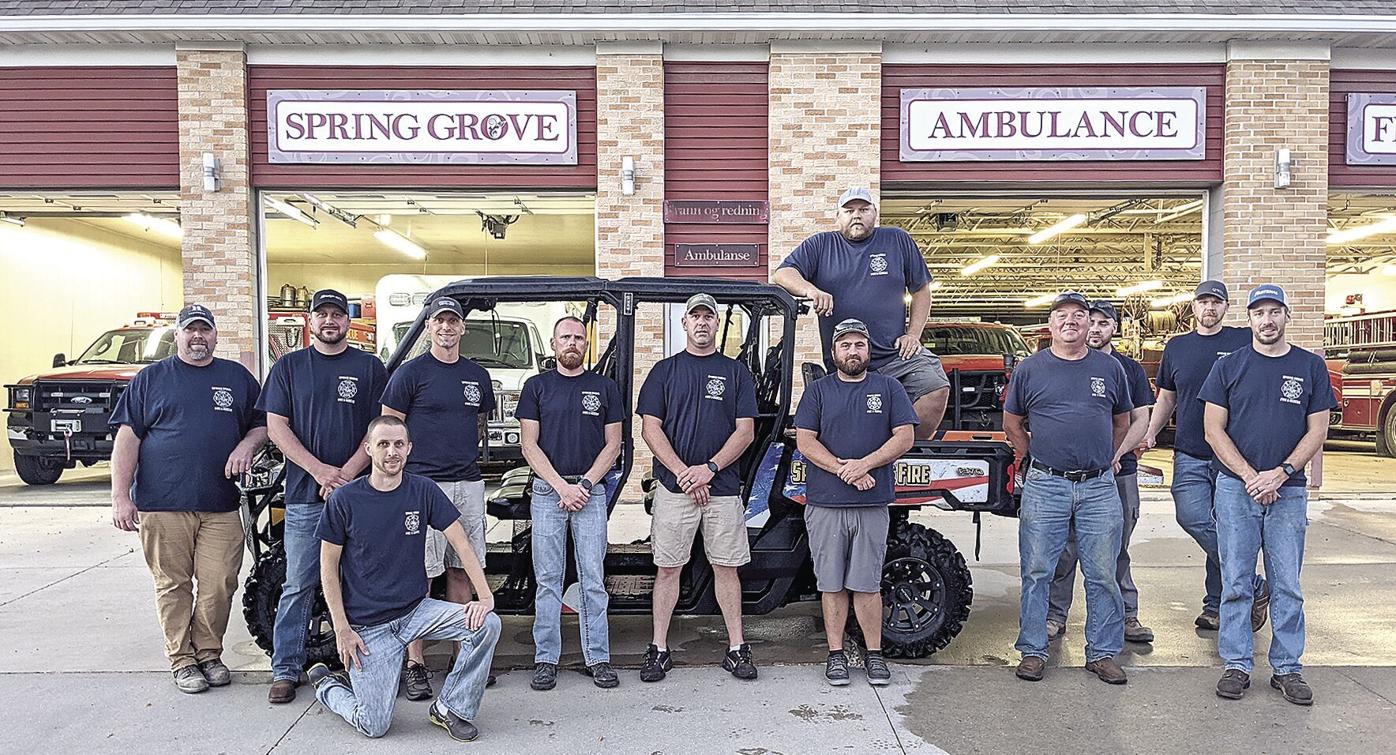 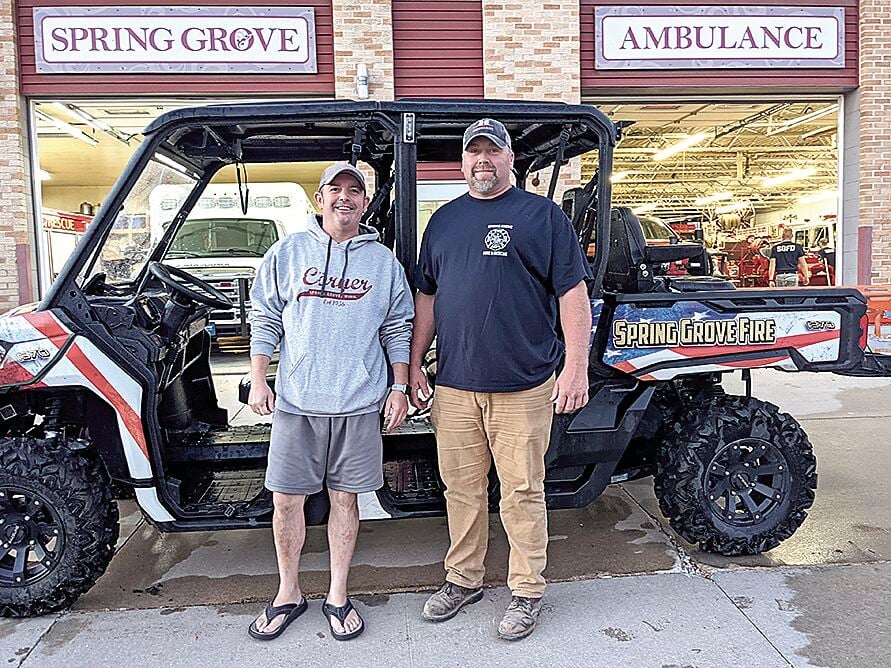 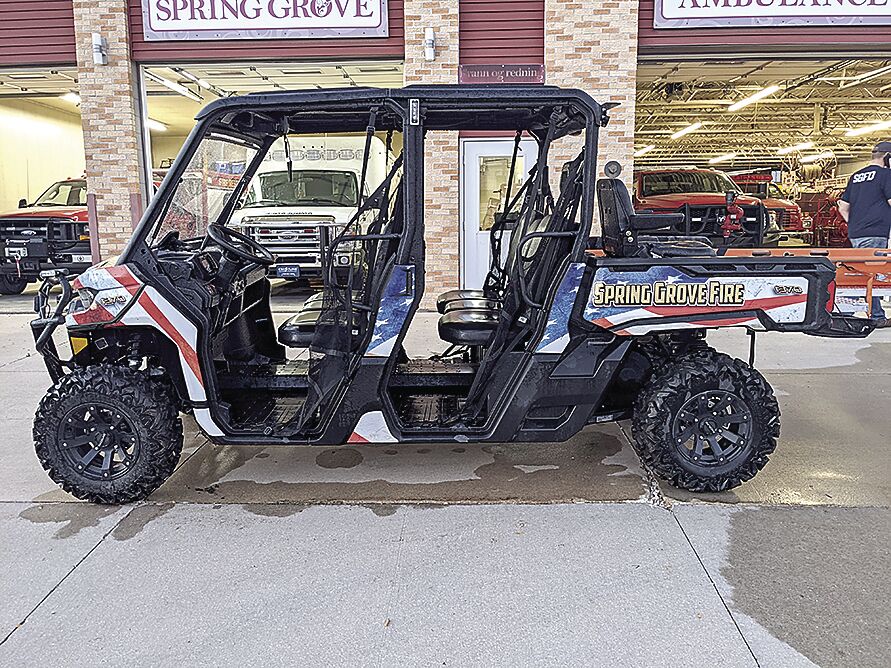 The Spring Grove Fire Department's new Can Am Defender can seat 4-5 firefighters and has a seat in the cargo area. It comes with two skids: rescue and firefighting.

The Spring Grove Fire Department's new Can Am Defender can seat 4-5 firefighters and has a seat in the cargo area. It comes with two skids: rescue and firefighting.

It’s a good idea to have a versatile tool box, especially if a tool has a dual purpose, and that’s exactly the benefit of the Spring Grove Fire Department’s new side-by-side.

Thanks to the generosity and advantage of Spring Grove’s municipal liquor store, The Corner Store, the new Can-Am Defender can carry about four to five firefighters (plus a responder seat in the cargo space) and be equipped to respond to wildfires or search and rescue missions. Several fire departments in Houston County have added a side-by-side to their fleet.

Fire Chief Trent Turner said the new machine wouldn’t have been possible without the patronage of residents and visitors to The Corner Store.

“A big thank you to all the patrons of the liquor store, and anyone that donates to local non-profits,” he said.

Much of the liquor store’s profits have the ability to be allocated to city departments. City funds were used in past years to make improvements to the baseball field, Trollskogen Park and other areas in the city. The fire department was able to purchase new battery-powered jaws of life and other life-saving equipment in 2018, thanks to liquor store funds.

This time around, the department asked for $25,000 in order to purchase the CanAm Defender from Preston Equipment. The Corner Store donated $28,000 instead, allowing for the purchase of the machine, wildfire skid and a trailer. The fire department was able to purchase the rescue skid with its donation funds.

The machine will give the department more access into wooded areas and anywhere trucks or an ambulance are not able to go. Turner noted there are a lot of places in Houston County that would not be accessible by truck.

“It’s great. It’s exaclty what we’re designed to do,” he said. “The money stays local.

Though in-person business has been slower since the pandemic, the off-sale portion of the store has a steady stream of customers comparable to pre-pandemic levels.