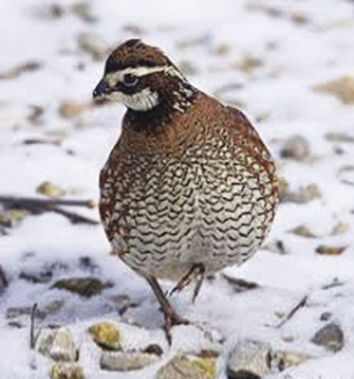 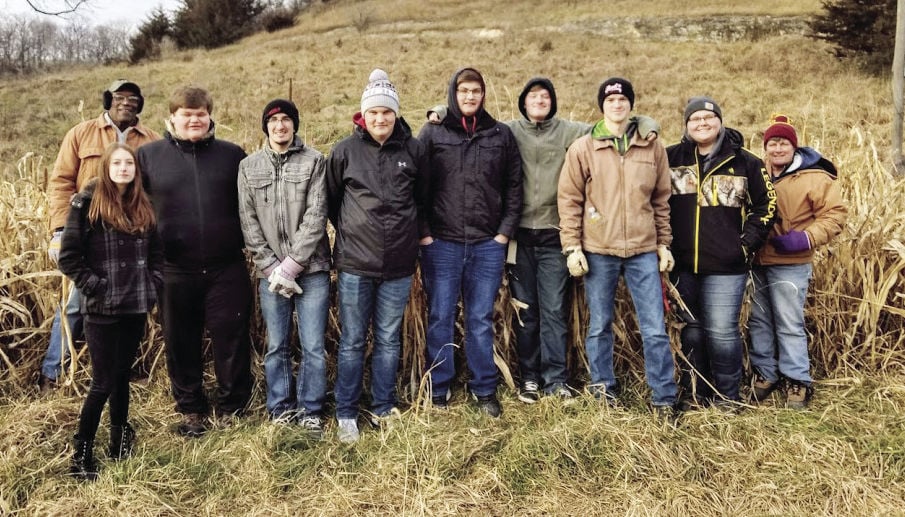 In 2018, bobwhite quail were sighted in 22 locations around Houston County. Many local landowners, several conservationist groups, and some wildlife biologists would like to see that number rise like a covey.

For Mark Kolsrud, making habitat improvements to his family’s farm is a mission. He was recently recognized for those efforts with a Gold Standard Landowner Award, presented by Pheasants Forever and Quail Forever.

“My family originally homesteaded the farm when they came from Norway,” Kolsrud told the Argus.

Mark and his father (Wally) serve as trustees for the family property, which includes nearly 600 acres, about half of which is tillable. “Mark has done a lot on his property to improve it for habitat for wildlife, including bobwhite quail,” Quail Forever coordinator Thurman Tucker said.

Farm Bill wildlife biologist Eric Ressel has gotten involved as well. The farm is located in Spring Grove Township, and some members of the Spring Grove Public Schools trap team helped with a habitat seeding project last June, he stated. Another group of Spring Grove students helped Mark, Thurman, and Eric at a work day last fall, cutting and piling brush and creating “edge-feathering” where brushy/wooded areas border more open ground. It’s done “so that coveys of quail can move safely when seeking sites for foraging, dusting, thermal cover, or evading predators,” Ressel stated in a written report. “The area is very supportive to an array of wildlife, including healthy numbers of white-tail deer, wild turkey, ring-neck pheasants, and a growing number of bobwhite quail. The landowner is a wildlife enthusiast, an avid hunter, and he is very conservation-minded.”

Four food plots were established last year, along with the aforementioned edge feathering. Some prescribed burns are planned as well, and plans have also been floated to establish nine small “pollinator sites,” Mark said.

“With Thurman and Eric, I’m more of a student of their knowledge,” he added. “We’ll start working on different things all the time, giving the ponds some life, different things like that. It’s pretty exciting, with the mentality of a long-term habitat program, because in 20 years, we’ll still be doing this. We’ll keep finding new ways, better ways to do it...

“Thurman is a tireless volunteer. He’s has done a lot of work with our young people...

“I have a real love for that as well. I’ve got four kids, and grandchildren now, and we like teaching   (about the) outdoors, the love of the environment, love of  the outdoors. Hunting and fishing and all of those different pursuits are some of the things that really teach us more about out creator.

“So for me, being out of doors is learning about our creator. I’m a follower of Jesus, and most often I would rather talk about that than the environment. I would really like to have that woven into the fabric of what this farm is, and what it’s message is.

“When I get to be down there doing this work, it’s fun,” he noted. “I’m interacting with the fabric of the earth and it’s pretty special. Sitting in a tree stand, or going for a walk, or looking for pheasants or quail. It’s less about harvesting an animal and more about the creation of something larger and bigger, and sharing it.

“I think one of the biggest things that I hope will happen -  if anything comes out of what we have done here - would be passing it on and sharing our experiences with other farms.

“I think there’s so many farms that have the opportunity to create small shelter habitats around fields, to find little spots and nooks and crannies that could be a food plot. And if we all did that, all of our neighboring farms, and we also hunted with an ethic that we weren’t just hunting to hunt; a larger ethic about how we do it, and why we do it, I think that that would really change our opinion. So it’s not just squeezing every dollar out of every field and scraping every brush pile down, but instead creating some value for the environment.”

Kolsrud has followed through on those words.

Ressel said that Mark “aspires to invest an impressive amount of time, labor, and funds into his land to ensure that his quail numbers continue to grow. He also puts a great emphasis on conservation education and getting our local kids involved with hands-on restoration projects. We hope to have students come back to his farm this spring to assist with establishing some additional food plots and perennial cover to create brood-rearing sites.”

So with landowners like Kolsrud and local volunteers, Houston County residents just may be able to hear the cheerful whistle of a bobwhite quail more and more often.