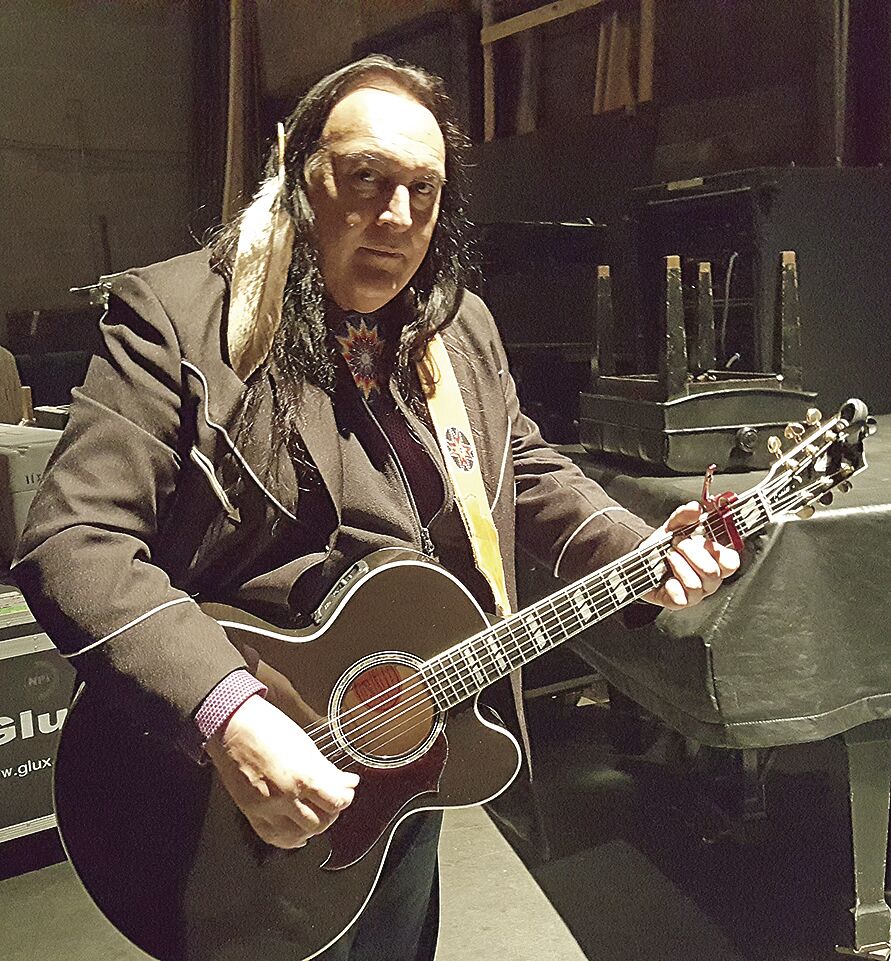 Grammy-winner Bill Miller will perform a concert in Brownsville in September. 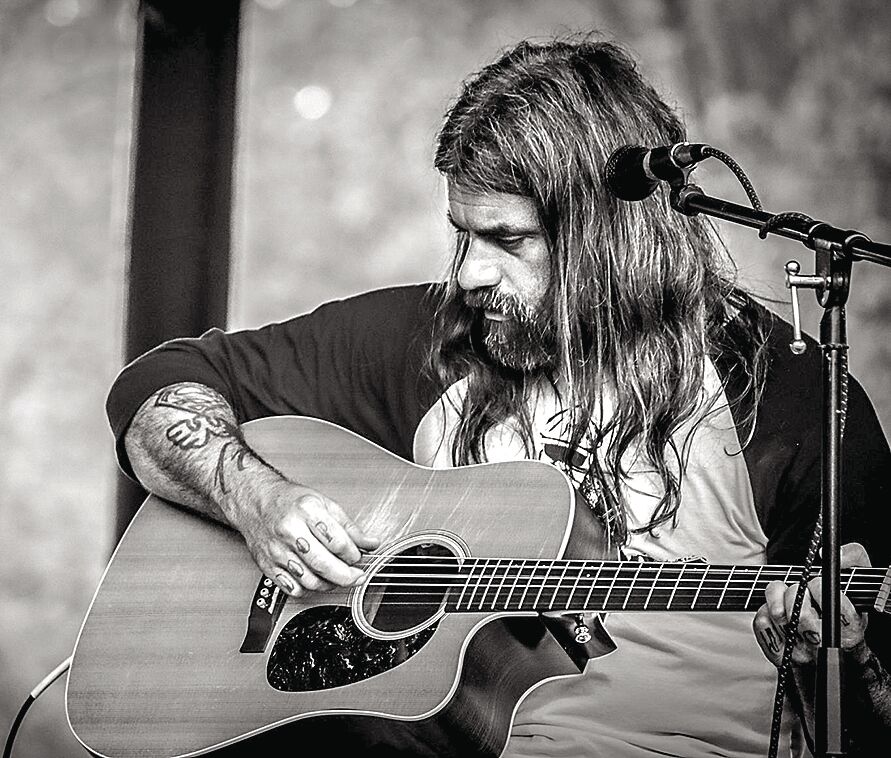 Gregg "Cheech" Hall will also perform in a concert with Bill Miller in Brownsville.

Grammy-winner Bill Miller will perform a concert in Brownsville in September.

Gregg "Cheech" Hall will also perform in a concert with Bill Miller in Brownsville.

Houston County residents are in for a treat. On Sunday, September 12, musician/artist Bill Miller will perform at the Brownsville Community Center.

Accompanied by Gregg “Cheech” Hall (who also serves as promoter for the event), the three-time Grammy winner will take the stage at 5 p.m., while the doors will open two hours earlier. Miller last played in Brownsville a few years ago, in front of a small crowd in Saxon Hall, Gregg Hall recalled. “There were only around 70 tickets available for that show,” he said. “It was in the upper room, and the show sold out quickly...  I just feel we had a good connection there, and so did Bill, so we thought we’d give that little town another try, at a bigger location.”

But Miller said he’s actually played music in the river town many times prior to that.

“Brownsville has always been in my history,” he told the Argus. “I used to be in a band when I was in college called ‘Wet Behind the Ears,’ in the 70’s, and we played Brownsville a lot. We played it every few weeks.”

That band was one of several Miller joined as he paid his musical dues. There were rock bands, and groups who covered bluegrass, “new” country and old-school country music. The musician (who is also a successful painter, producing works that have been acquired by the Smithsonian Museum) eventually took to solo gigs with just his acoustic guitar. That’s when something straight out of a Hollywood script occurred.

“I was playing at a Ground Round, and there were these two guys out in the audience when my set was over. I didn’t recognize them, since it was pretty dark. I walked up and they said, ‘Come over and join us.’ It was Richie Havens and Arlo Guthrie.

“They both took me on tour with them. I toured with Arlo a lot over the years... They got me going in the business. Then Michael Martin Murphey, the guy who did Wildfire, got me down in Nashville in 1986. I stayed... I just toughed it out, established myself in the college market and got signed with Warner Brothers in 1993.

“Went out on tour with Pearl Jam, and several huge acts... got on Austin City Limits, and did an album called Raven in the Snow.” Miller also performed with people like Waylon Jennings, Willie Nelson, and Bob Dylan - to name a few.

“Then I just started seeing the quickness of the business,” he recalled. The intensity of touring... I had to slow down.  Did acoustic, was successful at that, winning Grammy Awards in 2005, 2006 and 2010.”

Miller has now produced over a dozen albums. But fame and fortune are not his goals.

“I make a living,” he stated. “It’s all I do. I don’t fix cars, I don’t sell pianos in a guitar store. I’ve been at it all my life... it was my dream since (I was) a little boy. I’m living out my dream. It doesn’t mean I’m making millions of dollars, but coming back there (to the upper Midwest) fills my soul.”

Bill Miller was born in northern Wisconsin. Of Mohican ancestry, the musician “grew up amid the streams and woodlands of the reservation (his tribe is properly called Mahicanuk, which means “People From Where The Waters Are Never Still”).” his website reports.

“When I’m on the road, I represent not only a Wisconsin native, but a Native American. When I come back home, especially to La Crosse, or Brownsville –  it fulfills a part of the heart that’s kind of like Dorothy felt in the Wizard of Oz...”

“It’s like when people recognize the fact of where the roots are that really grew them. I’ve never chased fame. I just wanted to get my music out to more people because I’ve seen fame ruin people.”

“I’ve known him for 20 years, he’s always helped me with my music, and he’s just been a blessing to me... to everybody around him,” Hall said. “I just feel like a better person when I hang out with him. He has great advice for everybody, he’s a real positive soul, and he’s just a brother to me.”

Miller is also a master of the native flute. “That began about 1975,” he noted. “I was taught by two elders from Wisconsin... one from the Pottawatomie tribe and the other from the Ojibwa. One took me one week, and one took me the next week, in northern Wisconsin. They taught me not how to play the flute, but how to connect my soul and spirit to the instrument...”

Instruction included listening to the wind, the sound of water splashing over a creek bed, and even the sound of wild birds. “It just gave me a study pattern on how to listen and hear and project what I was about to play,” Miller added. “Then I got my fingers on the flute and I had to play calmly...

“They taught me what to do, and back then there was nobody really in the market playing native flutes. I wasn’t either. I played it privately.” Later, in Nashville, his flute playing got the attention of the music industry and Miller’s flutes began to appear on various records, films and television soundtracks.

So what’s new with Bill Miller?

“He just put out a brand-new single, called Stone Tree, and it’s some of his best work yet,” Hall reports. And concertgoers can expect to hear both vocal music and the spoken word during the September performance, guitars, and some Native American flute.

Here are a few lines from Stone Tree:

I Pray My Children They Will Be Strong

They’ll Be Peacemakers In Wars They Face

“It’s a prayer, it’s a blessing song, it’s a song for the legacy we leave behind for our children, and this land...”  Miller said.

“Audiences have come to tears when I’ve sang it before. It’s got heavy meaning, but it’s a good meaning... Several types of musicians are writing songs about compassion and the stuff we’re going through, controlling our emotions. Pandemic times, racially weird-motivated times.”

“I wouldn’t be where I’m at if it weren’t for people of other races that pulled me out of ditches when I was a young man,” Miller said. “People who helped me, stood by me. Now I try to help my people out as well as everybody else. That’s the way I feel about it.”

“We plan to put together a nice little intimate showcase,” Hall stated. “Nothing real fancy, just a couple guys on acoustic guitar, and he busts out the flutes every once and a while... “

Tickets are $20 in advance, $25 at the door, available at deeceproductions.com, Saxon Hall, Barista’sCoffee House and Deaf Ear Records.