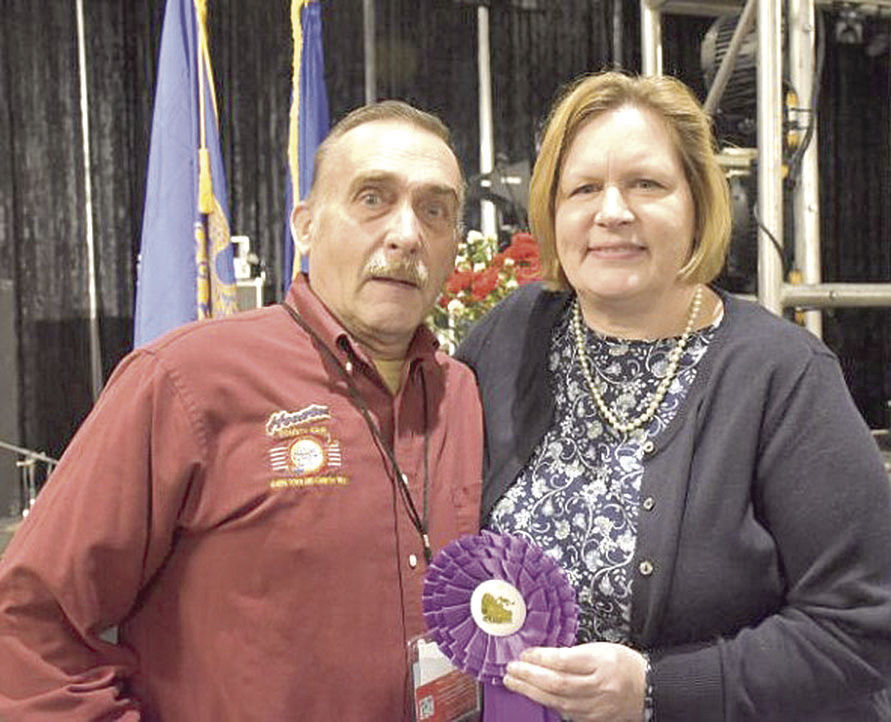 Elden Pohlman was presented the Minnesota Federation of County Fairs District 1 Person of the Year award on January 18, 2020 by District 1 Director Carol Schumann of Zumbrota. 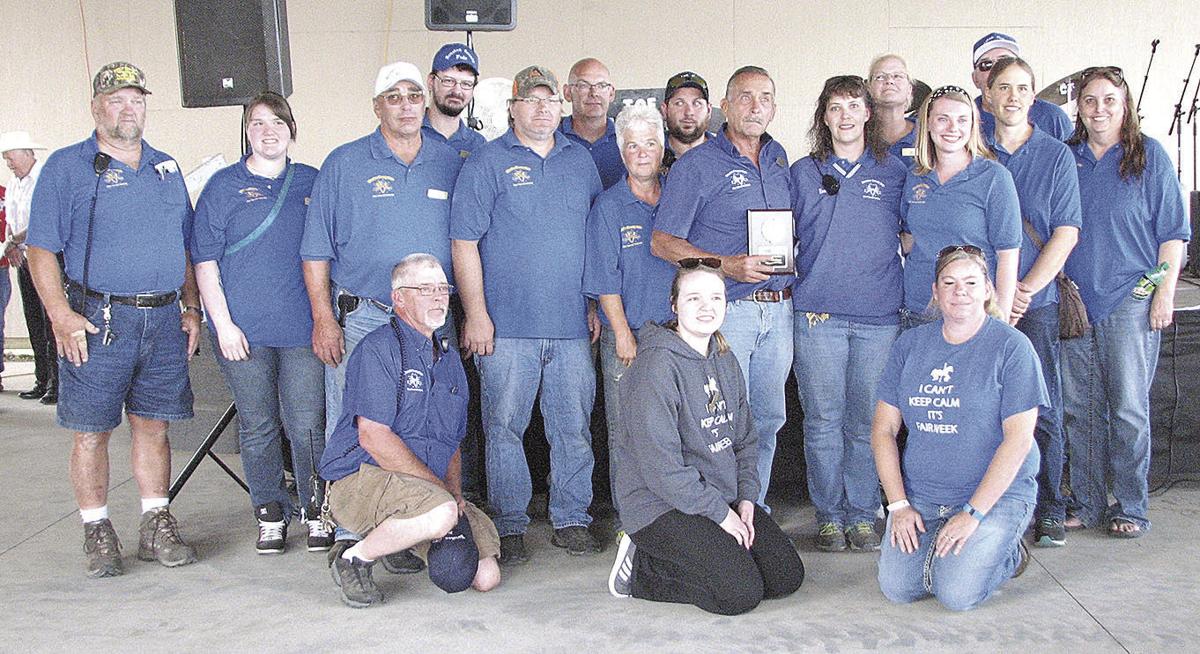 Elden Pohlman was recognized by Houston County Fair board members with the Fair Person of the Year award in August 2019.

Elden Pohlman was presented the Minnesota Federation of County Fairs District 1 Person of the Year award on January 18, 2020 by District 1 Director Carol Schumann of Zumbrota.

Elden Pohlman was recognized by Houston County Fair board members with the Fair Person of the Year award in August 2019.

Special to The Caledonia Argus

Elden Pohlman eats, sleeps and breathes the fair. You could say it’s in his blood!

At the Houston County Fair in August 2019, he was recognized as the county’s Fair Person of the Year.

On January 18, 2020, he was recipient of the Minnesota Federation of County Fairs’ District 1 Fair Person of the year at the MFCF convention in Bloomington.

“I was surprised and honored,” Elden stated about the recognitions.

He has been a staple participant of the fair, going back to his youth when he was an active member of the Crooked Creek Hi-Fliers 4-H Club from 1961-1970. During those years he exhibited forestry, conservation, grains, gardening and beef at both county and state fair levels, and also received the 4-H Key Award and attended the state Junior Leadership Conference.

For the past 28 years, his support and involvement as a volunteer with 4-H has continued. For several years, he coordinated small shop projects to be done at a regional 4-H project activity day in Southeast Minnesota, including Peterson and Rochester. He solicited help, donated his time, labor and equipment to make these projects exciting and meaningful for the 4-Hers.

Elden was very active in the Minnesota Adult Volunteer Association (MAVA) for quite a few years. The organization’s role was to help and improve the youth 4-H program by the training of, and the camaraderie by association with, other adult volunteers from across the state and region. He was part of their state committees, and took part in many meetings and exchanges, including with volunteers from other states.

In 1997, Elden became part of the Houston County Fair board, and is still currently a board member. For most of those years he held the titles of President and Vice President.

Over the years, he has utilized his carpentry and construction expertise to assist with the planning and updates of many buildings on the grounds. And, he donates his Allis Chalmers tractor and other equipment to be used throughout the months leading up to and during the fair each year.

Elden is very active in District 1 fair activities each year by attending many of the District 1 meetings and judges at numerous county fairs for both 4-H and open class.

He mostly judges in Shop and Woodworking, but has been known to help out wherever needed. Many summer road-trip adventures led to visiting other county fairs throughout the State of Minnesota, as well as in nearby parts of Wisconsin and Iowa.

For years, Elden has been a mainstay at the Minnesota Federation of County Fairs (MFCF) convention, being a voting delegate for MFCF and the Minnesota State Agricultural Society. He enjoys interacting with other county’s representatives, as well as the vendors and officials. When his brother Lorin (representing Goodhue County Fair) started going to convention, all Lorin had to do was hang out with the “Pro” to learn the ins and outs to convention and the “Who’s who” there. Elden has celebrated his birthday on January 16th at the MFCF convention with his “Fair Family” many times over the years.

Not only does Elden attend the MFCF convention each year, but occasionally attends the Wisconsin or Iowa conventions as well.

In the spring of 2019, Elden was diagnosed with ALS, but did not let that stand in his way of participating in the Houston County Fair. He was there each day after treatments, doing what was needed.

“As a board we presented Elden with the Friend of the Fair award at this year’s fair.” Johnson relayed, and explained that “Elden was assisting with awarding the other recipients of this award when most of the board members surrounded him and presented him with the award. Elden was speechless! He was totally unaware the board was going to award him. It was definitely an emotional time for him, and the best part is that we had secretly arranged for his family to attend. It was a great time to see him and his family celebrate his accomplishments with fair goers.”

Congratulations Elden on your accomplishments. Be assured, you have a tremendous fair family not only at Houston County, but across the state and beyond.

ALS (also referred to as Lou Gehrig’s disease) is incurable and already has taken away much of Elden’s speaking ability. The treatments are to help slow down the progression of the disease.

He is not ready to step down from the fair board anytime soon. With the help of fair board members, family and friends, he is determined to continue in whatever capacity his health will allow an active role with the fair and to continue his family farming operation.