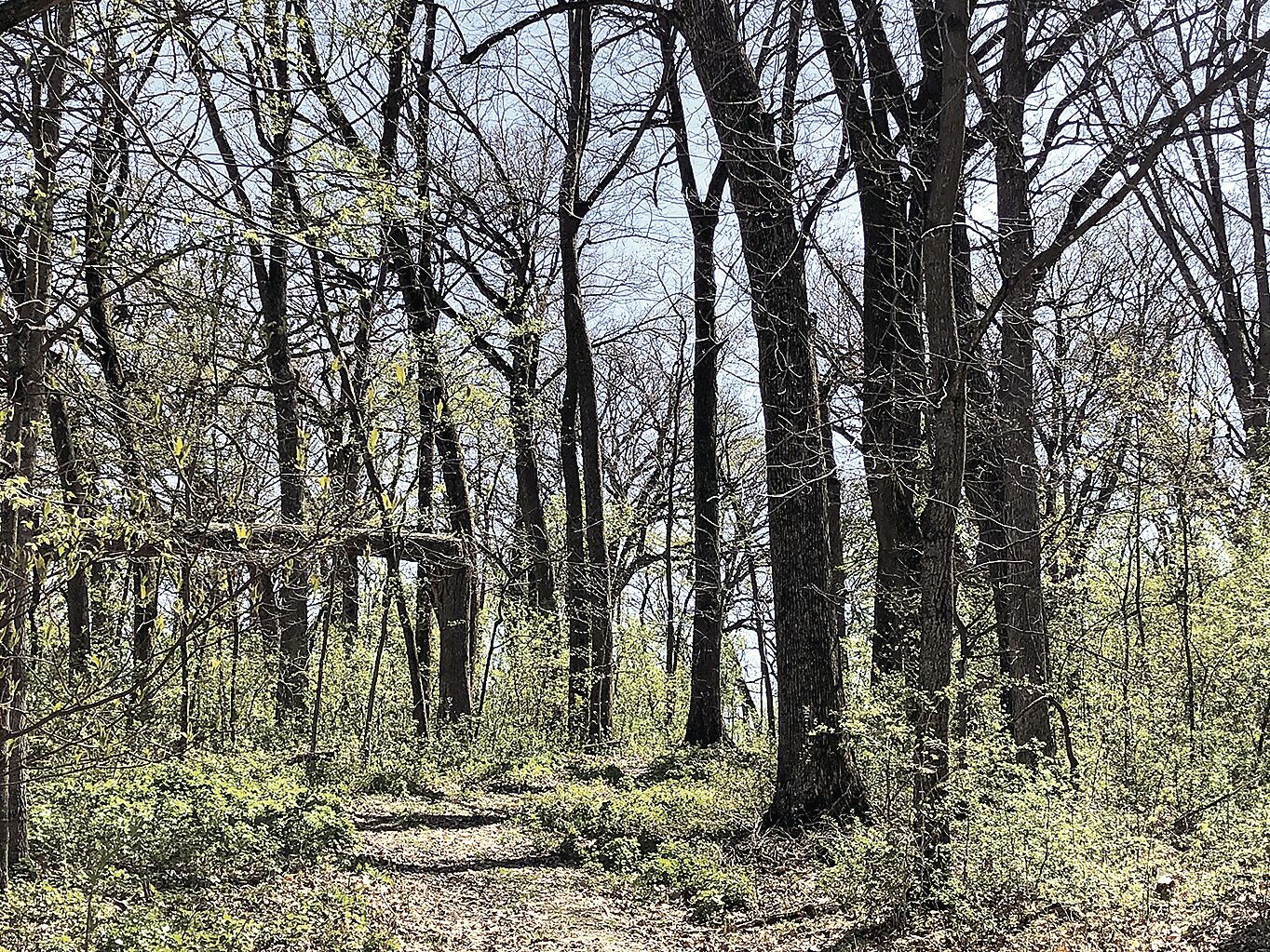 Sprague Woods is greening up as spring is slowly turning into summer. 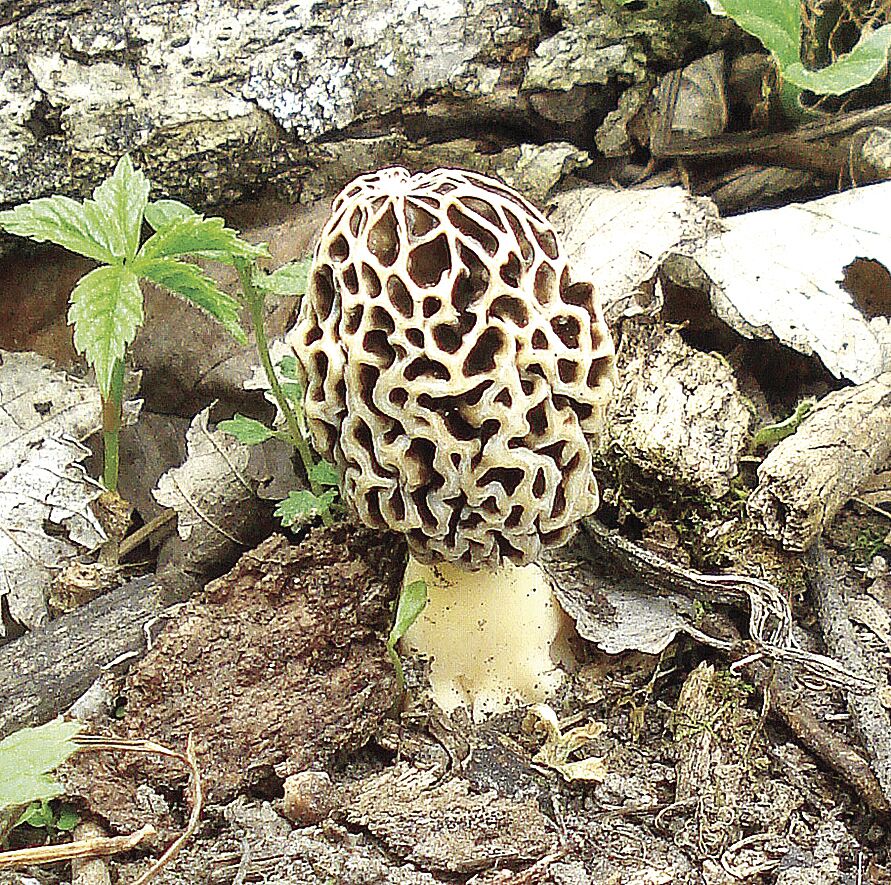 On the right, this morel mushroom sprouted and was photgraphed in a different Houston County woods on May 2, 2021.

Sprague Woods is greening up as spring is slowly turning into summer.

On the right, this morel mushroom sprouted and was photgraphed in a different Houston County woods on May 2, 2021.

An opportunity for the City  of Caledonia to sell a piece of land has sparked a local movement to save Sprague Woods as a nature preserve. The council will hold a public hearing on the land at its May 10 meeting, at the City Auditorium, at 6 p.m.

The 8.1 acre parcel currently features walking trails and benches in a wooded area located at the intersection of State Hwy. 44 and 76, though there’s potential for more, a few citizens have pointed out.

“We can never replace that forest,” resident Holly Becker said. “When a forest is gone, it’s gone... The people who haven’t been out there, and don’t use that, don’t understand what a gem it is.”

“I went in there yesterday and took pictures. The Jack in the Pulpits are up, the buttercups are up, there are benches for people to sit on and enjoy, and the people do go out there...,” Becker added. “It’s a place for reflection. You go in there and listen to the birds, the wind in the trees, and you come out a whole different person. And it’s free for all citizens. Even people who can’t walk the trails, some of them just go out there and park and enjoy what’s there.”

The land was originally granted to the Caledonia Green committee in 1995, by Michael Sprague, in memory of his parents, Bob and Madge, according to a Sept. 6, 1995 article in the Caledonia Argus.

Caledonia Green, now rolled into today’s Streetscapes committee, set a goal to “give Caledonia residents and visitors access to a wooded park preserve in which they can contemplate, recreate and learn about forest environments.”

The article also mentions the project was a cooperative between Caledonia Green (in 1995, it was a separate entity), the City of Caledonia, Community Development, USDA/AmeriCorps and the Minnesota Department of Natural Resources (DNR).

Phase one was completed with the help of local forester Randy Mell, Conservation Corps, AmeriCorps and the Caledonia Lions Club. Sandwiches were served from Subway and beverages were provided from Quillin’s IGA. Both corps camped in Beaver Creek State Park, while Staggemeyer Stave Mill surfaced the trails with woodchips.

The article also quoted Caledonia Green president Vanessa Fleischmann, who said, “The Caledonia Green board of directors looks upon the woods as the perfect ‘environmental classroom’ which can provide students from our schools with a wide variety of hands-on learning experiences...”

He noted: “Mr. Sprague said, ‘We’ve trying to find a home for the woods. We’d like to do something, we’re thinking about selling it but I really don’t want it sold, because I want to keep it in woods.”

Later, Mell became involved with Caledonia Green, and “it was negotiated with Marge and Bob Sprague that Caledonia Green would be a good home for the woods. It was more of a natural area. They (the Spragues) really didn’t want to see a park with mowed grass and large spaces between trees.

“When I first went out there, I found an orchid called the Lady’s Tress. That was back in the 80’s, and orchids are really edible. Animals eat the orchids, so sometimes you find them, sometimes you don’t. But they are there and if you are there at the right time of year and they’re blooming, you can find them... Bob said that he saw a flower called the Yellow Moccasin. A favorite flower of his. It’s the same genus as the state flower, the Lady’s Slipper.”

Mell added, “Back when Caledonia Green was doing the management work on it, a lot of volunteers got involved with it and really started to see how unique this piece of woods was. Everybody thought we’d saved it, since it’s ours now, it’s the city’s. So the whole population owns it. You don’t have to ask permission to go out there, because it’s city-owned. You can just go out there and enjoy it.”

About three weeks later, the area was described as “newly developed.” The Caledonia Lions Club cleared trash and used chainsaws to rough out the trails, while the corps groups placed natural curbing, and Norb Staggemeyer donated bark for the trails, according to an Argus article dated Sept. 20, 1995.

Mell told the Argus in 1995 that they would talk to the Caledonia Foundation about woods management, and also noted that just about every tree native to Houston County was located in Sprague Woods, with the exception of walnut and pine trees.

Also mentioned in the 1995 article was the possibility of adding a bike trail from downtown Caledonia, down Kingston St., across Hwy. 44, through Sprague Woods and then traveling to Beaver Creek State Park.

Caledonia Green is still active with Streetscapes, and now works in conjunction with the city. Janene Hosch said they help with planting in Veterans Park, near the auditorium, City Hall and the park by the telephone office.

“We’re fairly active yet, there aren’t the numbers we used to have,” she said. As for Sprague Woods, Hosch said she’d like to see it saved as a wooded area.

“It does provide an ecological system. Educational groups can and have gone out there,” she added. “It’s a nice, quiet place, there’s benches in there, [but] it needs to be cleaned up.”

At its April 12 meeting, the council discussed the future of the wooded area, noting that in the most recent update to the comprehensive plan (December 2020), Sprague Woods would be better suited for commercial development “as that may be a more appropriate use for that property based on its location.”

Council members were relatively divided on what to do. Councilman Bob Klug asked members to consider selling the parcel to a private individual who has expressed interest in developing the land.

“There isn’t really a whole lot of use for it as far as walking paths...” he noted.

Council member Amanda Ninneman said the city should take input from  community members before selling. Mayor DeWayne Schroeder said, “Most of the trees out there are not in good shape... I’d just as soon see it put to good use.”

Matt Schuldt of the Caledonia EDA suggested any proceeds from the sale be earmarked for City of Caledonia parks, adding the 18-acre parcel, which will house much of the new wastewater treatment plant, is likely to become mostly parkland.

Councilman David Fitzpatrick said the council should hold a public hearing on the topic, which is May 10.