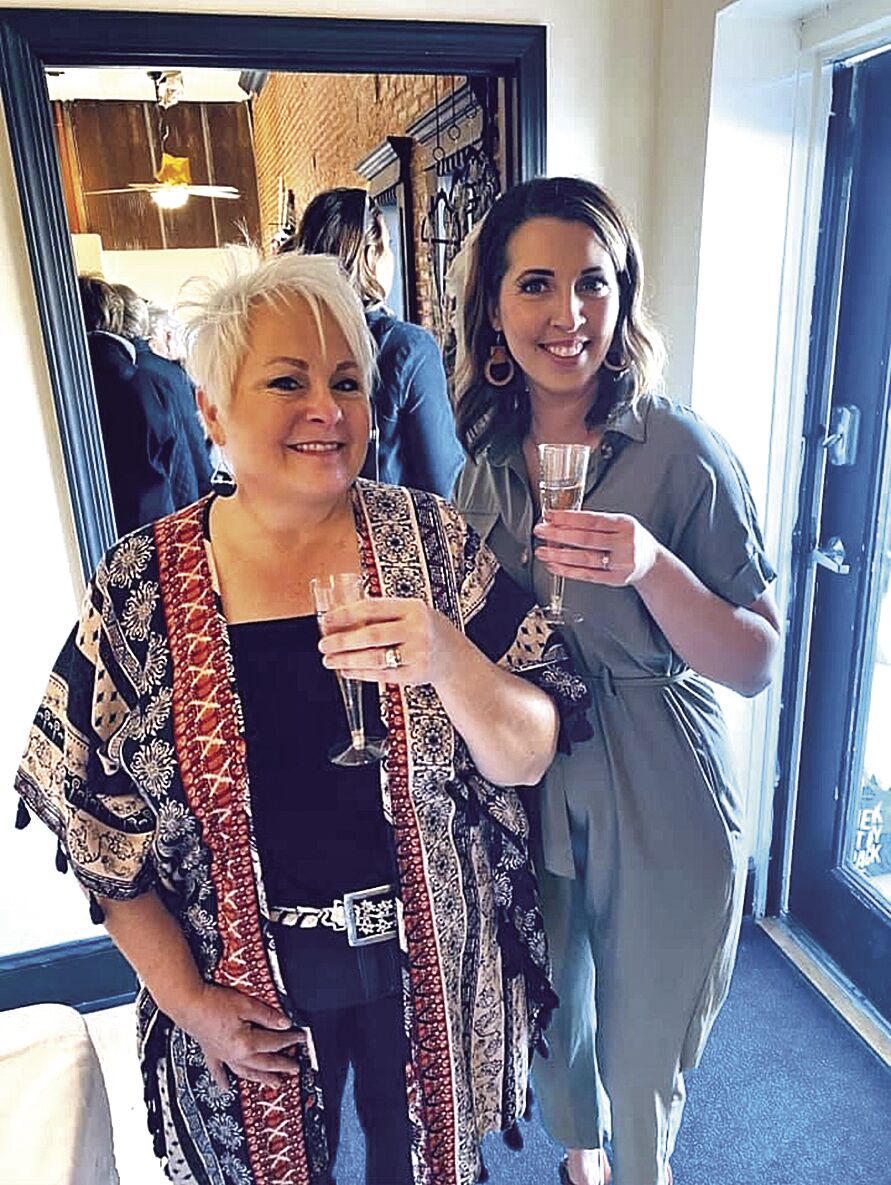 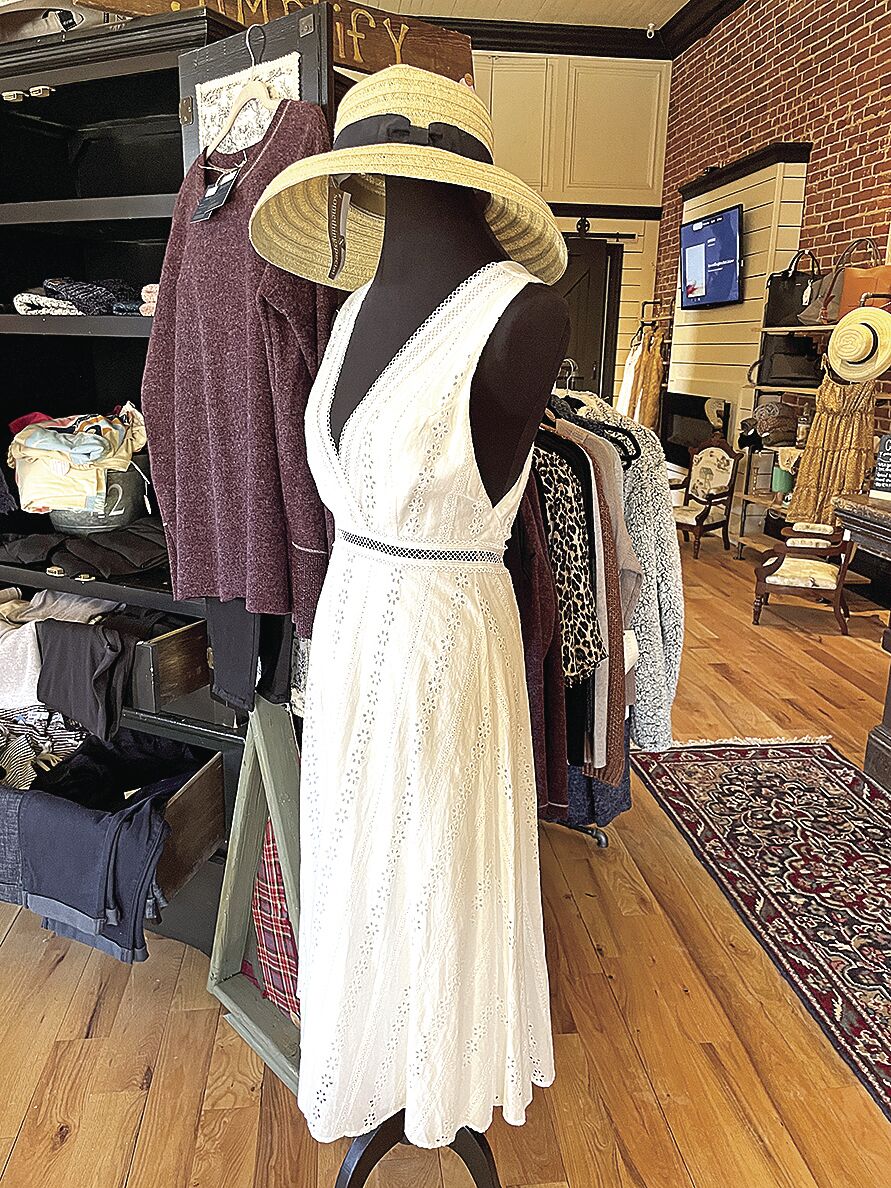 Unique pieces such as this summer dress are found at West Main & Co. Boutique in Spring Grove.

Unique pieces such as this summer dress are found at West Main & Co. Boutique in Spring Grove.

With a salon in the back and a boutique in the front, anyone visiting West Main Boutique and the Stratford Salon is bound to step out in style.

After a long year of operating a mobile boutique/home-based business  during a pandemic, Hokah resident Marsha Von Arx is ready to have a permanent spot on Spring Grove’s Main Street.

Von Arx has come together with Jenn Gulbranson, owner of the Stratford Salon and West Main & Co. Boutique. Gulbranson opened her business in early 2020 after an extensive remodel, but is ready to share the front space with Von Arx.

With a salon going full speed and also caring for her family, it made sense to have another person manage the boutique, but Von Arx and Gulbranson had not met yet.

“The first time we met we could feel the same feeling of how we are so much alike and how we would work as co-partners,” Von Arx said.  “We both felt a connection right away with our values on family, goal setting, passion for people and the list goes on...”

Not only was it the right fit for Gulbranson, but for Von Arx as well. After running a home-based daycare for 30 years, she took a job with St. Mary’s Catholic School last year, but then the pandemic hit and the year was cut short until students returned in August. She is currently finishing up her year at St. Mary's.

Von Arx also owned a mobile boutique truck business and wasn’t able to do a lot with that, again due to the pandemic and cancelled events. She was able to sell online from home.

After struggling with a lot of unknown factors, Von Arx turned to her faith and prayed and tried to find a direction to go.

Then, two building owners in a nearby town wondered if she would be interested in renting a space and making a permanent brick and mortar boutique.

“I was very honored that they thought of me,” she said. “So I went forward and asked people what they would think of me opening a boutique in their town.”

People responded well to the idea, and then Stephanie Gulbranson, Jenn’s sister-in-law, reached out with a suggestion to join forces.

Once the connection was made between the two business owners and they knew it was a good decision, Von Arx moved her inventory into West Main right away. Her family stopped by to see the progress, and Gulbranson and Von Arx’s daughter, Tiffany, hit it off right away, each having a lot to share about owning their salons.

“My daughter could tell that Jenn was a great fit with me and encouraged me to move forward just as my husband did,” Von Arx said.

Once the boutique was in place, filled with unique pieces of clothing, sizes for everyone and the right price, West Main Boutique opened. It opened to “an amazing amount of positive and friendly shoppers that welcomed me to Spring Grove and were very excited to have a boutique in town,” Von Arx added.

“Jenn and I are so ready to begin this journey and rock this beautiful boutique that her and her husband, Nels, have remodeled,” she said. “It is truly beautiful and warm and inviting.”

They will have Heart Rock Coffee ready to drink and sell, which recently relocated across the street in the Bluff Country Artists Gallery building, after owners Jeff and Tricia Babinski purchased the building.

As the weather gets warmer, tables and chairs will be on the sidewalk for customers to enjoy.

Both women are ready to rock their business to the fullest and make new friends and help people feel confident and beautiful, they told the Argus. Both are passionate about helping others, love to chat and make everyone welcome.

A few events they have planned are a Summer Market on Main, ladies nights, mens night, holiday shops, photoshoots with models, vendor spotlight Saturdays and more. The boutique will also be open late on Farmers Market nights, Wednesdays, until 7 p.m.

Regular hours will be Mondays, Tuesdays, Thursdays, Fridays, Saturdays 10 a.m. to 4 p.m. and noon to 7 p.m. on Wednesdays, once school lets out for the summer. They will be closed on Sundays. Follow them on Facebook at West Main Boutique.

This article has been updated from its print version.