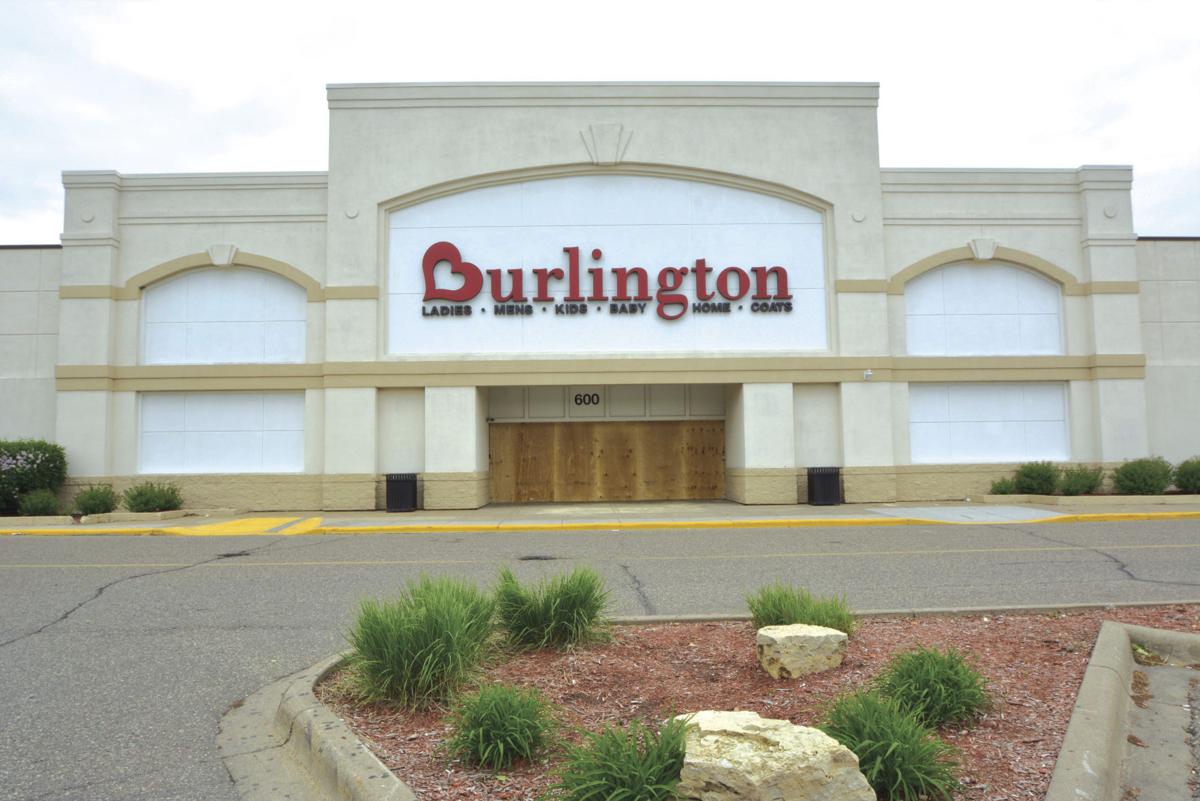 The doors of Burlington Coat Factory at Northtown Mall in Blaine were damaged when unrest from Minneapolis spilled over into nearby suburbs late Thursday, May 28. (Photo by Connor Cummiskey) 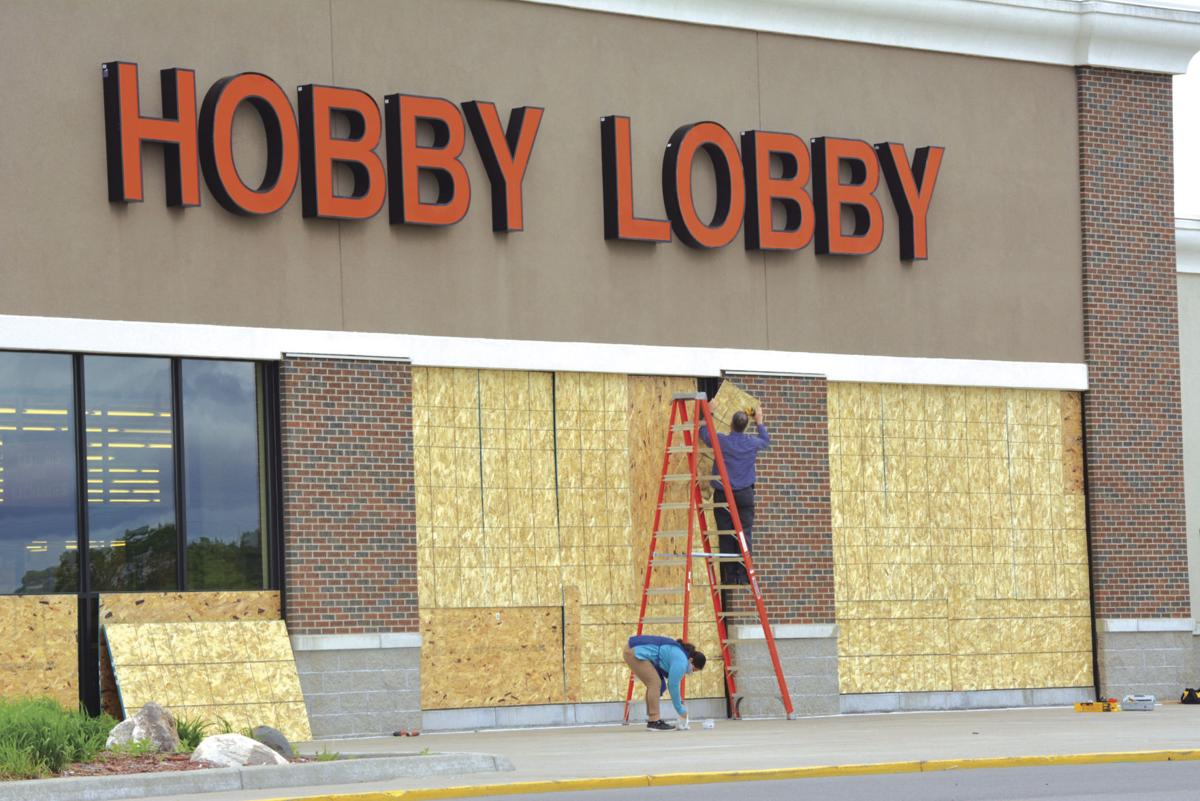 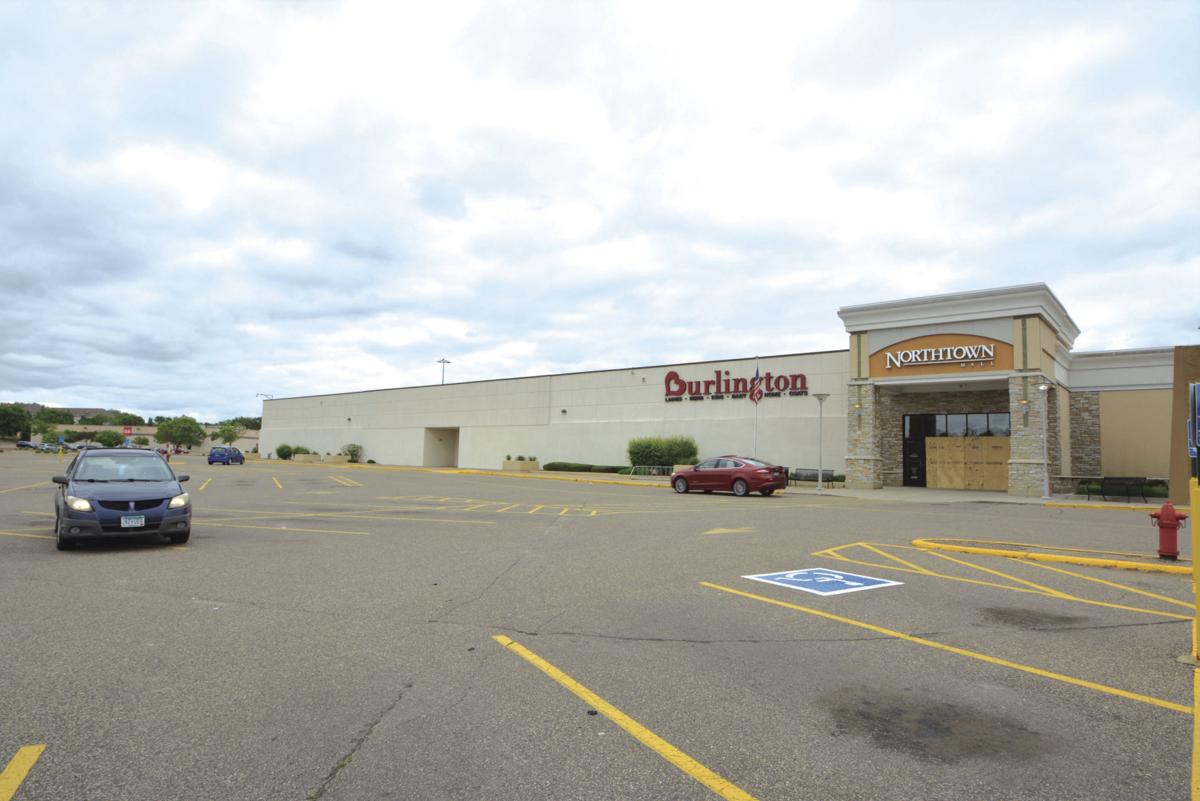 Drivers stop by the entrance of Northtown Mall in Blaine to see the boarded up doors Friday, May 29. (Photo by Connor Cummiskey) 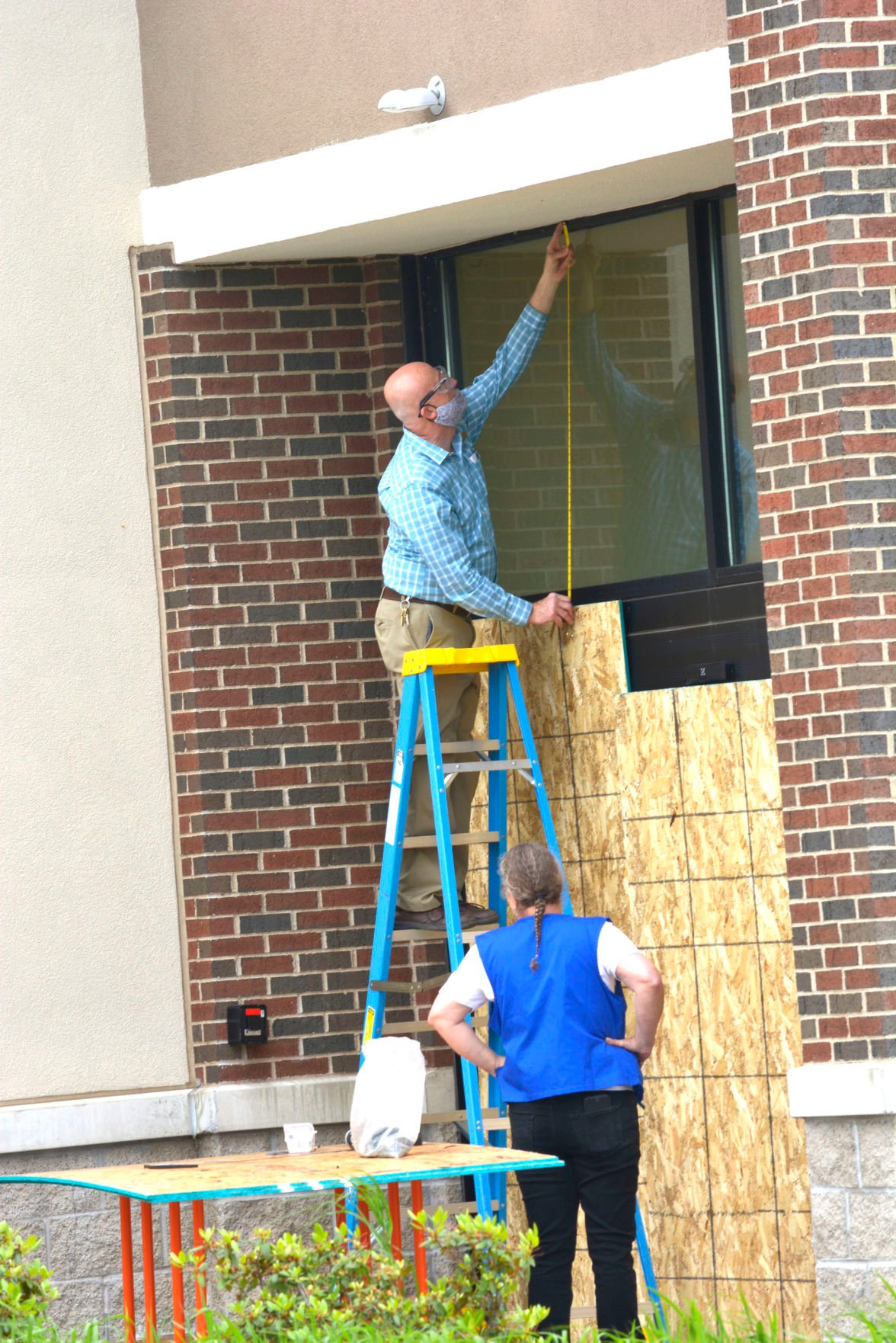 The doors of Burlington Coat Factory at Northtown Mall in Blaine were damaged when unrest from Minneapolis spilled over into nearby suburbs late Thursday, May 28. (Photo by Connor Cummiskey)

Drivers stop by the entrance of Northtown Mall in Blaine to see the boarded up doors Friday, May 29. (Photo by Connor Cummiskey)

Unrest spread to Anoka County Thursday night as looters targeted Northtown Mall in Blaine, while riots and property damage continued across the Twin Cities after the May 25 death of George Floyd in Minneapolis police custody.

According to Capt. Mark Boerboom of the Blaine Police Department, the Thursday, May 28, incident was isolated to Northtown, where there was “minimal damage to the building.”

Two female suspects from Minneapolis, ages 21 and 24, were arrested after fleeing a vehicle that crashed into a mall entrance after a crowd had gathered to protest, according to the Blaine police report.

Officers observed several vehicles gathering in the parking lot near Hobby Lobby around 8:40 p.m. May 28, according to the report. As the crowd grew, aid was requested from surrounding agencies.

An officer reported seeing a vehicle crash into the mall door that is shared with Burlington Coat Factory. Multiple people fled the vehicle, and two were taken into custody, the report says. Stolen property and narcotics were recovered from the vehicle, according to police.

People had also broken into the front of Burlington by smashing glass, and approximately five people ran out of the store with merchandise, the police report says.

“Safety is our top priority,” a statement from the mall said. “We are working closely with the Blaine Police Department to ensure the safety of our guests, retailers and employees. Out of an abundance of caution, we have made the decision to remain temporarily closed. We will continue to monitor the situation and work with local authorities to determine when it is safe to open again. Please follow us on Instagram @NorthtownMallMN for the most up-to-date information.”

In neighboring Coon Rapids, police say some businesses were broken into, but Capt. Jon Urquhart was unwilling to link the incidents to the Minneapolis and St. Paul riots without having a suspect say they were connected. All the businesses broken into were east of Hanson Boulevard, Urquhart said.

“I don’t know if it was looting or if it was just opportunists,” Urquhart said.

To the south, Spring Lake Park Police Chief Douglas Ebeltoft reported no incidents of civil unrest or looting, but he said the department has assisted surrounding communities where possible.

Fridley police Lt. James Mork said the city had about half a dozen business break-ins May 28 related to the unrest in Minneapolis and made several arrests. The city boarded up and closed its municipal liquor stores as a precaution for the weekend and bulked up its police staffing.

Columbia Heights spokesperson Ben Sandell said the city had seen three burglaries May 27-28 but was unsure if they were related to the unrest across the Twin Cities. The burglaries were in the 4000 block of Central Avenue and the 5100 block of University Avenue, as well as at the municipal liquor store on 37th Avenue.

Anoka Police Chief Eric Peterson said no incidents were reported in Anoka and didn’t expect the unrest to spread there, but he said the Police Department is increasing its presence for the weekend.

The Anoka Police Department also advised businesses to take precautions, such as removing sensitive or valuable items from the premises.

“I want you to know that we will do everything we can to protect your business and are asking for your help to minimize any potential loss,” Peterson wrote in an email to businesses May 29. “Please report any suspicious behavior and avoid any conflict and danger. We ask that you allow the Police to manage violent behavior."

Protests, riots and looting have taken place in the Twin Cities over the past several days after George Floyd, a 46-year-old black man, died while in police custody Monday, May 25, after Minneapolis police officer Derek Chauvin, who is white, restrained Floyd with a knee on his neck.

Reporters Connor Cummiskey and Paige Kieffer contributed to this report. This story has been updated and the time of the incident corrected.