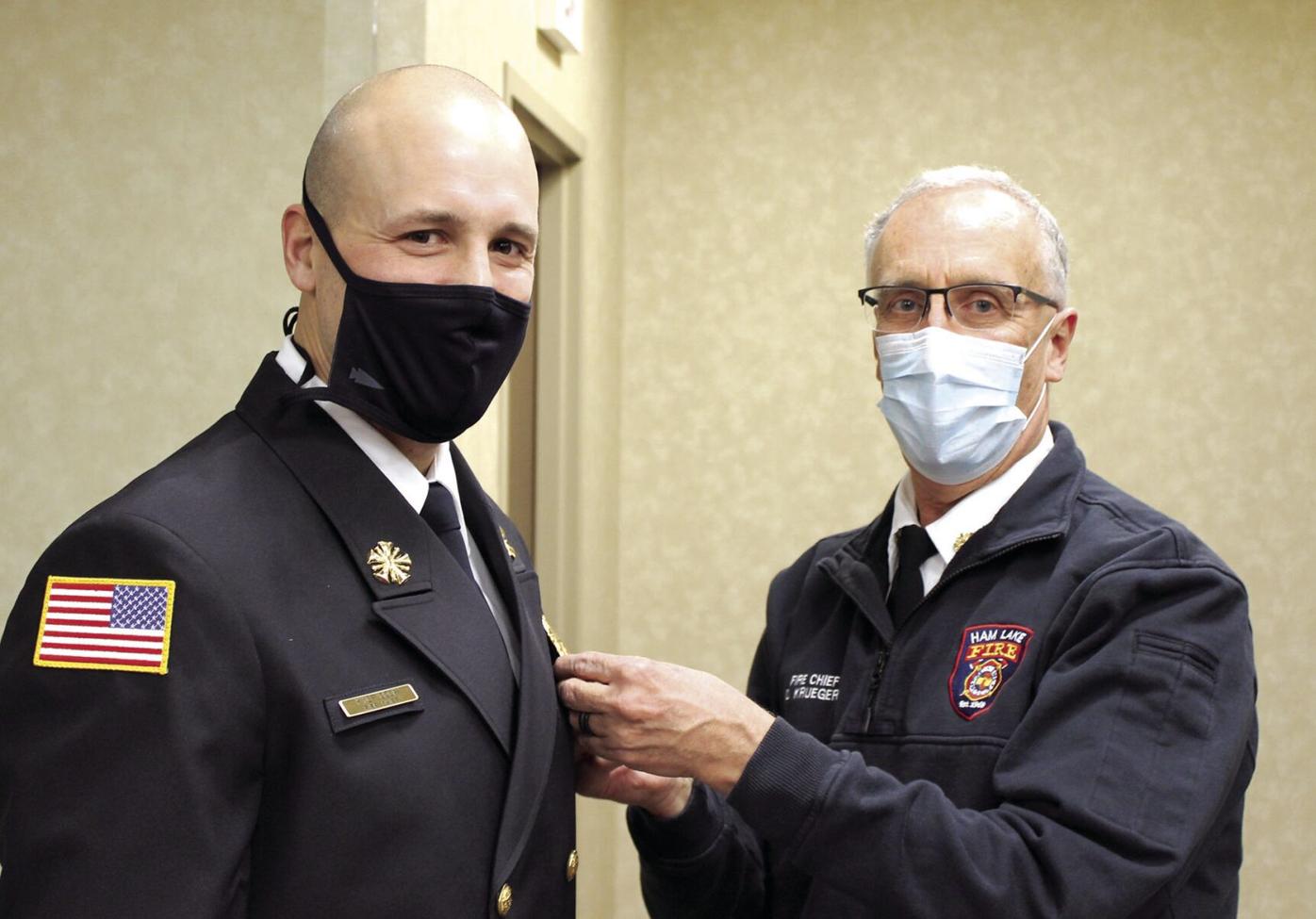 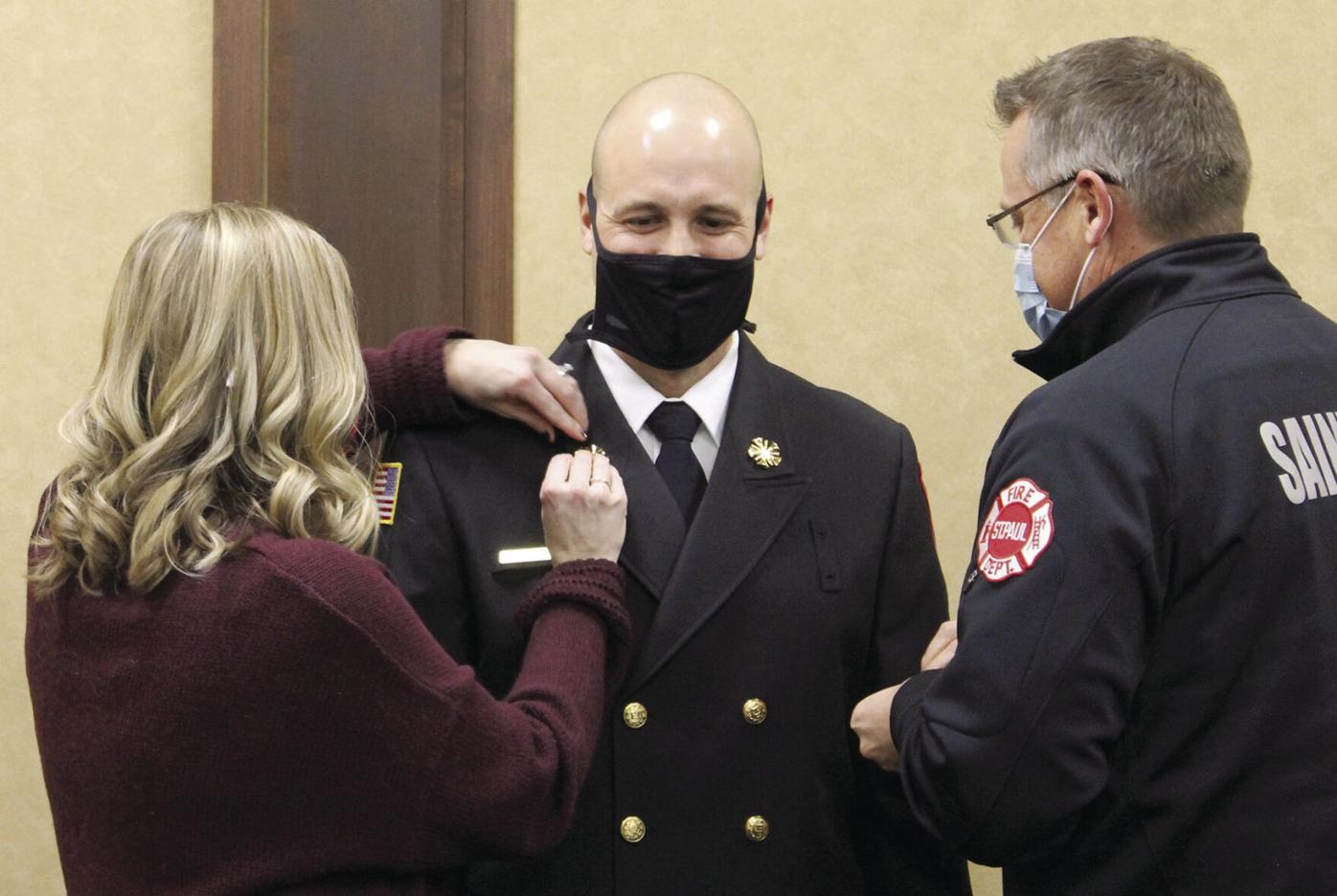 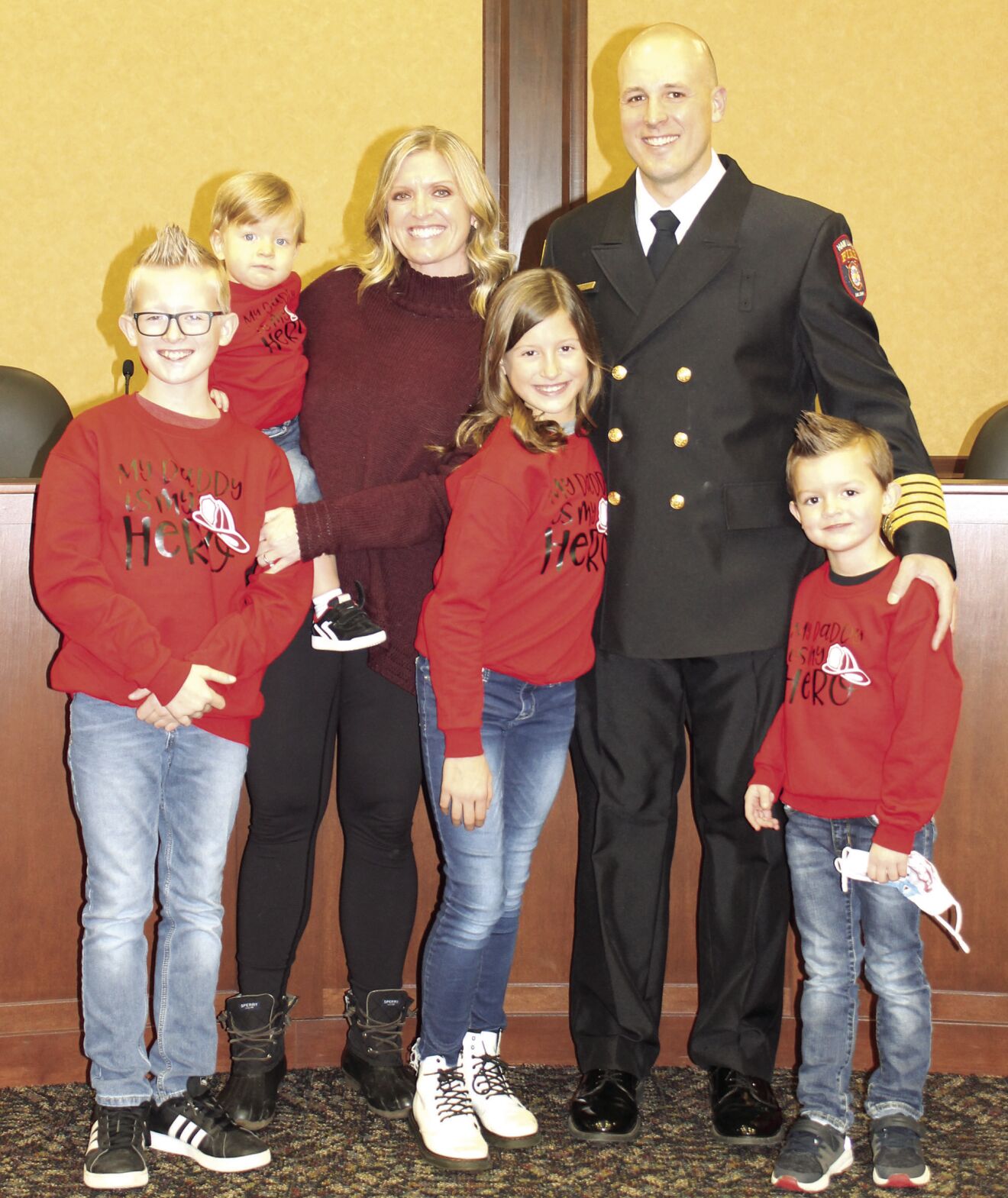 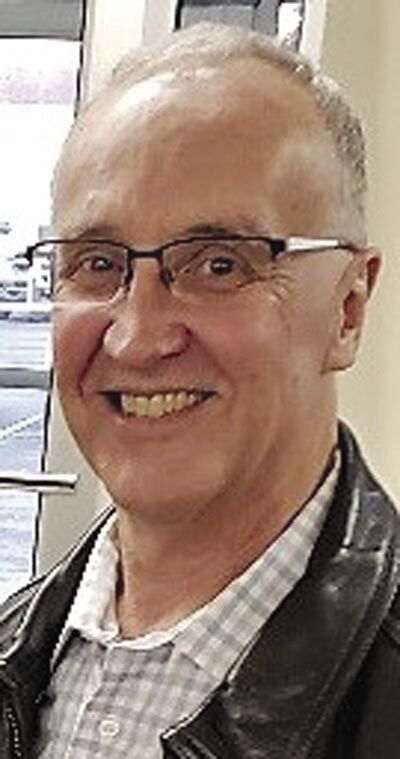 After nearly 15 years, Ham Lake is bidding farewell to its first full-time fire chief and welcoming a veteran of the St. Paul Fire Department to take the reins.

New Chief Kyle Bode joined the department Jan. 11, but retiring Chief Don Krueger will remain a little longer to help with the transition.

Bode was with the St. Paul Fire Department 15 years and is also in the Air Force Reserves fire service, where he’s an assistant chief of health and safety.

He came to the fire service by way of the military, after joining the Air Force in 2001 as an aircraft mechanic and later going into the reserves.

Butch Inks, who is now St. Paul’s fire chief, saw Bode on the military base and at the gym and suggested he join the St. Paul Fire Department. He took the advice.

“He’s kind of been my mentor since I started,” Bode said of Inks.

Although it was difficult to leave the St. Paul department after 15 years, Bode said he appreciates new challenges. A resident of northern Blaine, he also found a job closer to home appealing.

“I kind of like the idea of working in the community I live in and keeping my neighbors safe,” he said.

“I’m excited and ready to take on the role, and I’m honored to have been chosen,” Bode said.

As Krueger helps with the transition to Bode’s leadership, he is preparing to wrap up a 39-year career in the fire service.

The Blaine resident started in the Spring Lake Park-Blaine-Mounds View Fire Department in May 1982. He applied after seeing a notice in his water bill that the department needed volunteers.

“I read that, and I thought, ‘Huh, that could be interesting,’” he said.

Krueger ascended the ranks of the SBM Fire Department. He was hired full time in 1995 and eventually made deputy chief.

In June 2006 he became chief of the Ham Lake Fire Department. That was the first time the city had a full-time chief — before that, one of the city’s volunteer firefighters had led the department, Krueger said.

“It was a fantastic experience, a great group of firefighters and tremendous support from the City Council and mayor all the way through my term,” Krueger said, thinking back on his time in Ham Lake. “Of course, personnel have come and gone, but we had a great crew all the way through.”

While many communities across the state have struggled with recruitment, Krueger didn’t have trouble keeping up a full staff in Ham Lake.

“The community has always responded, and we’ve had enough people,” he said.

After he officially retires, likely sometime this spring, Krueger plans “a little more travel, a little more fishing and golf, and home projects.”

He said he also looks forward to seeing the department succeed under Bode.

“He’s a great guy,” Krueger said. “I think we’re very fortunate to have him.”