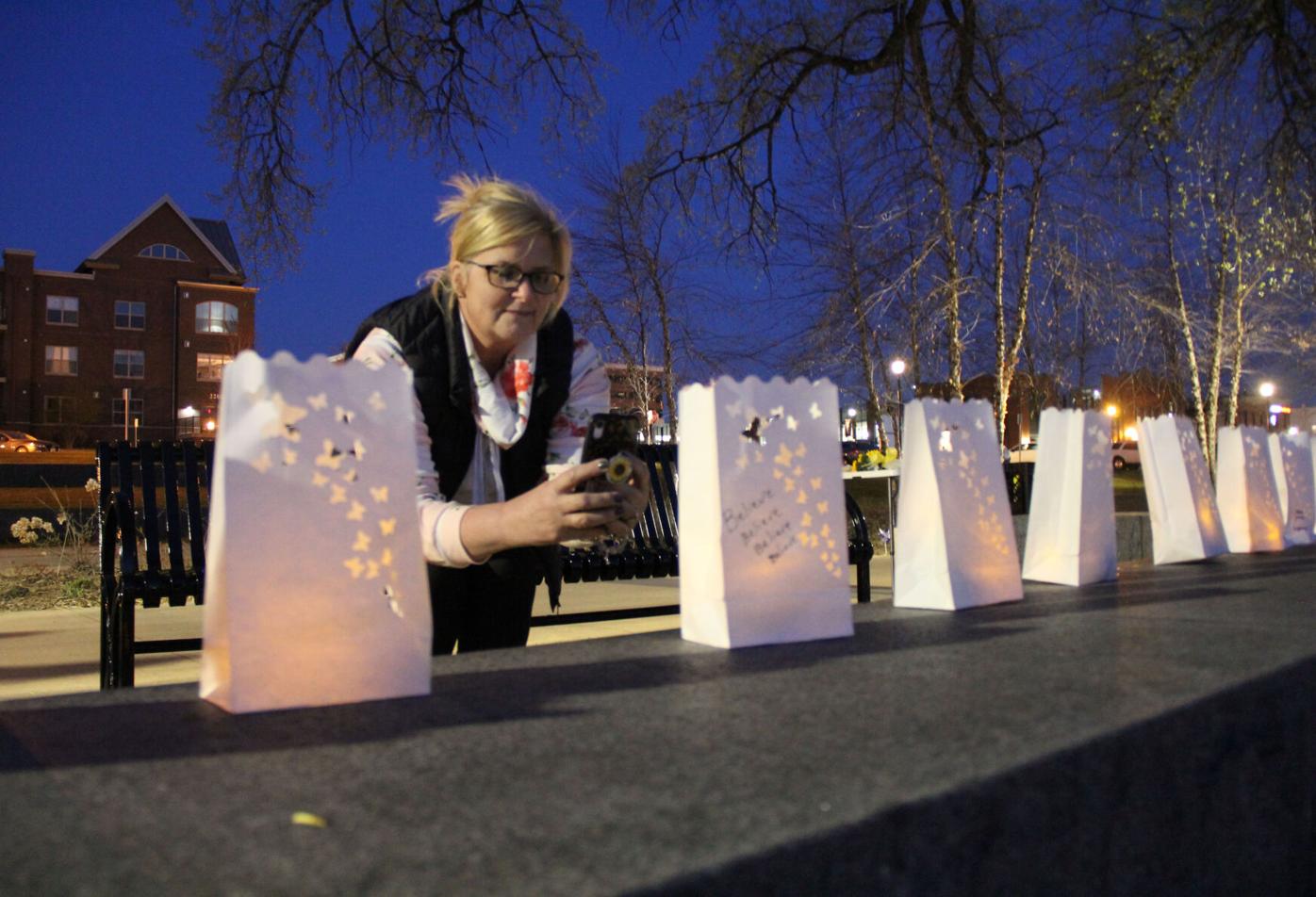 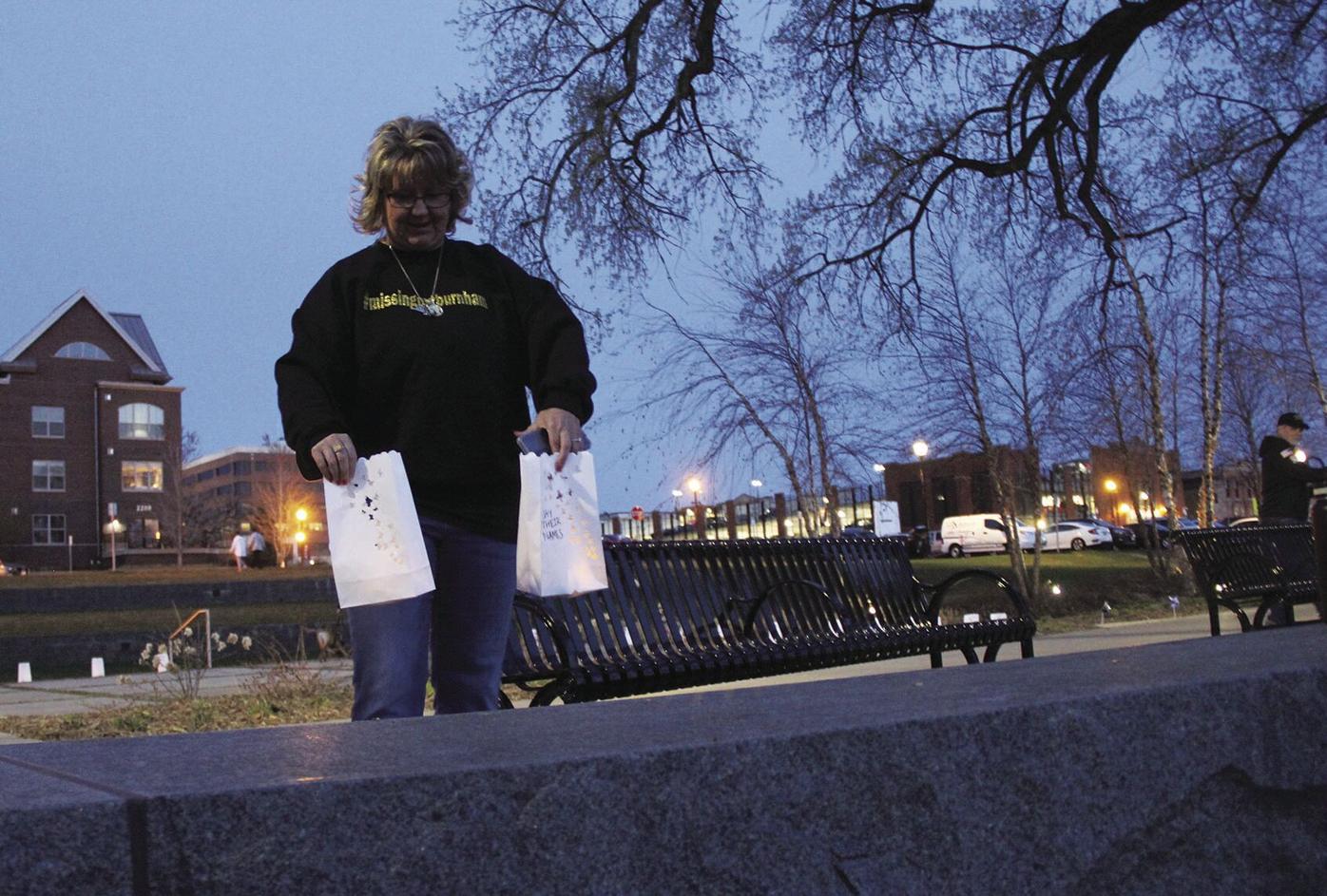 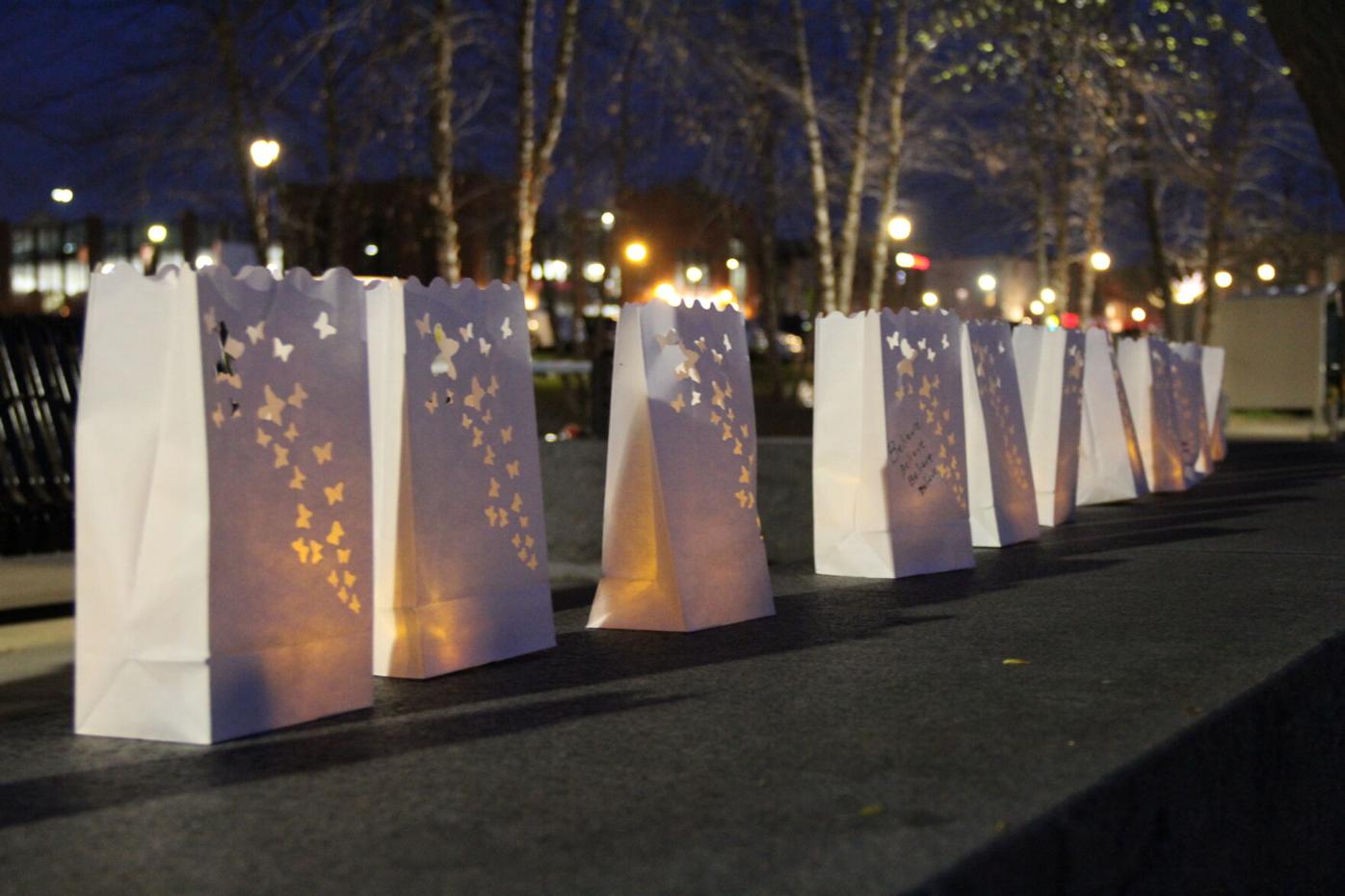 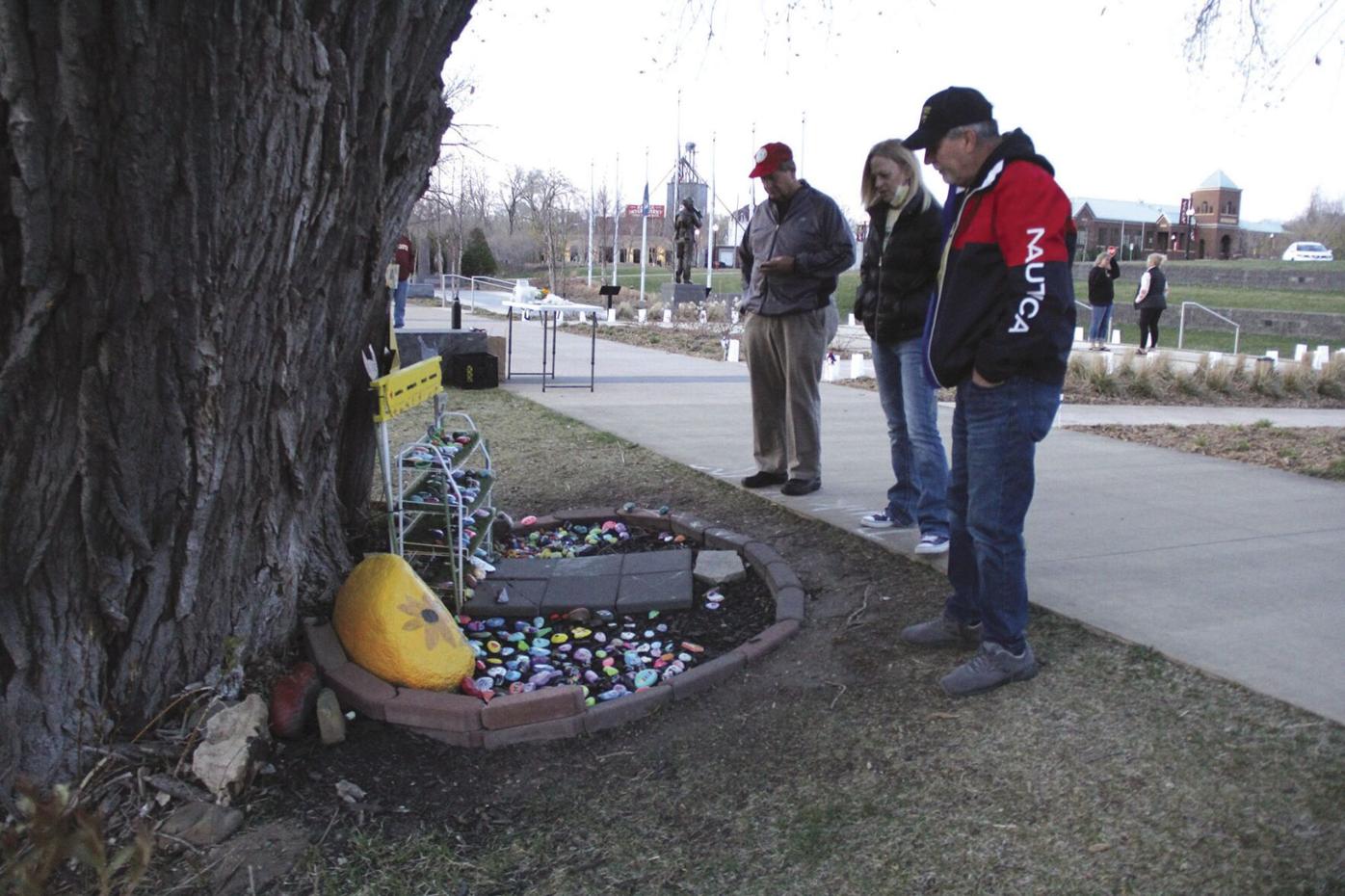 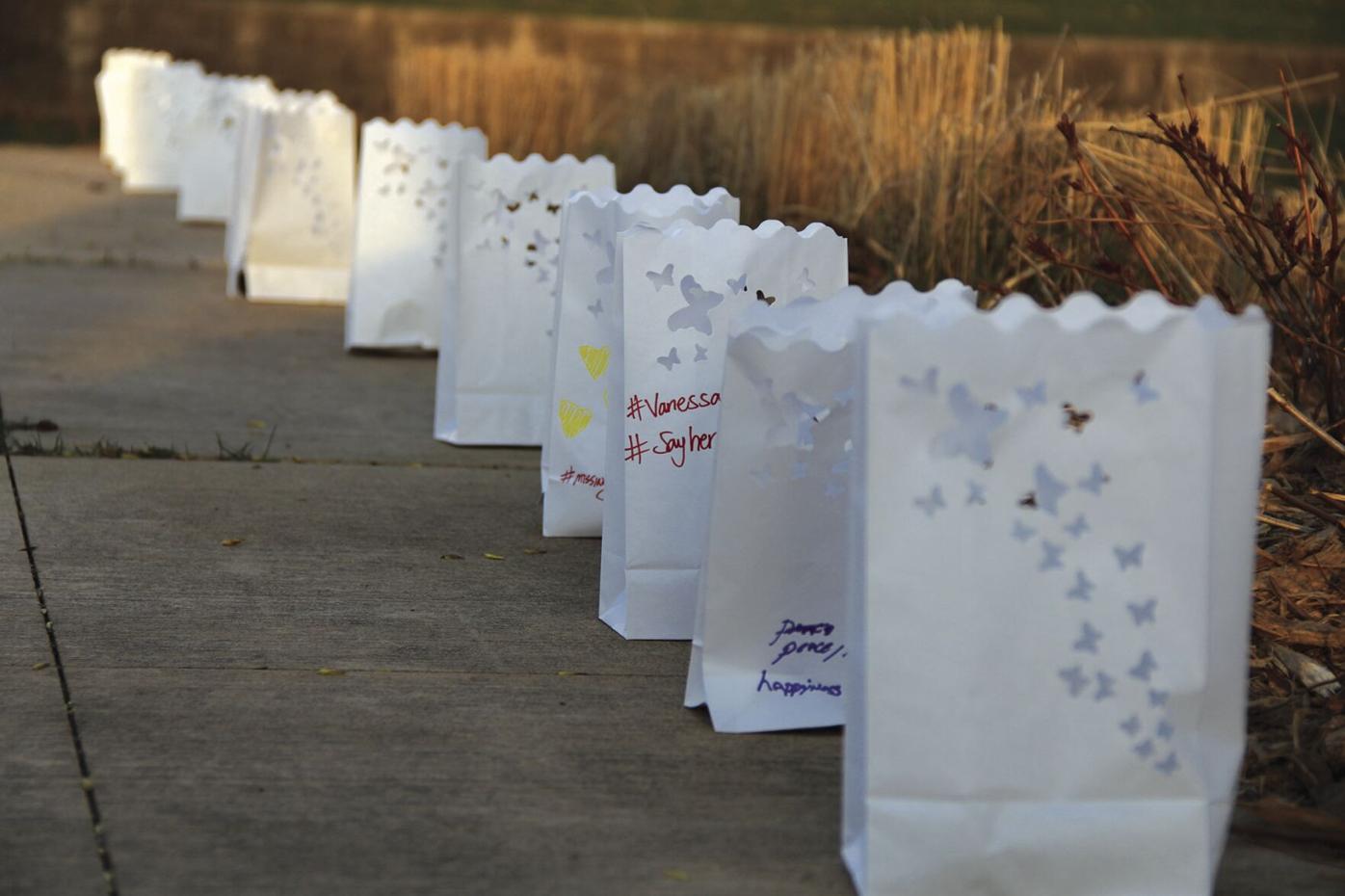 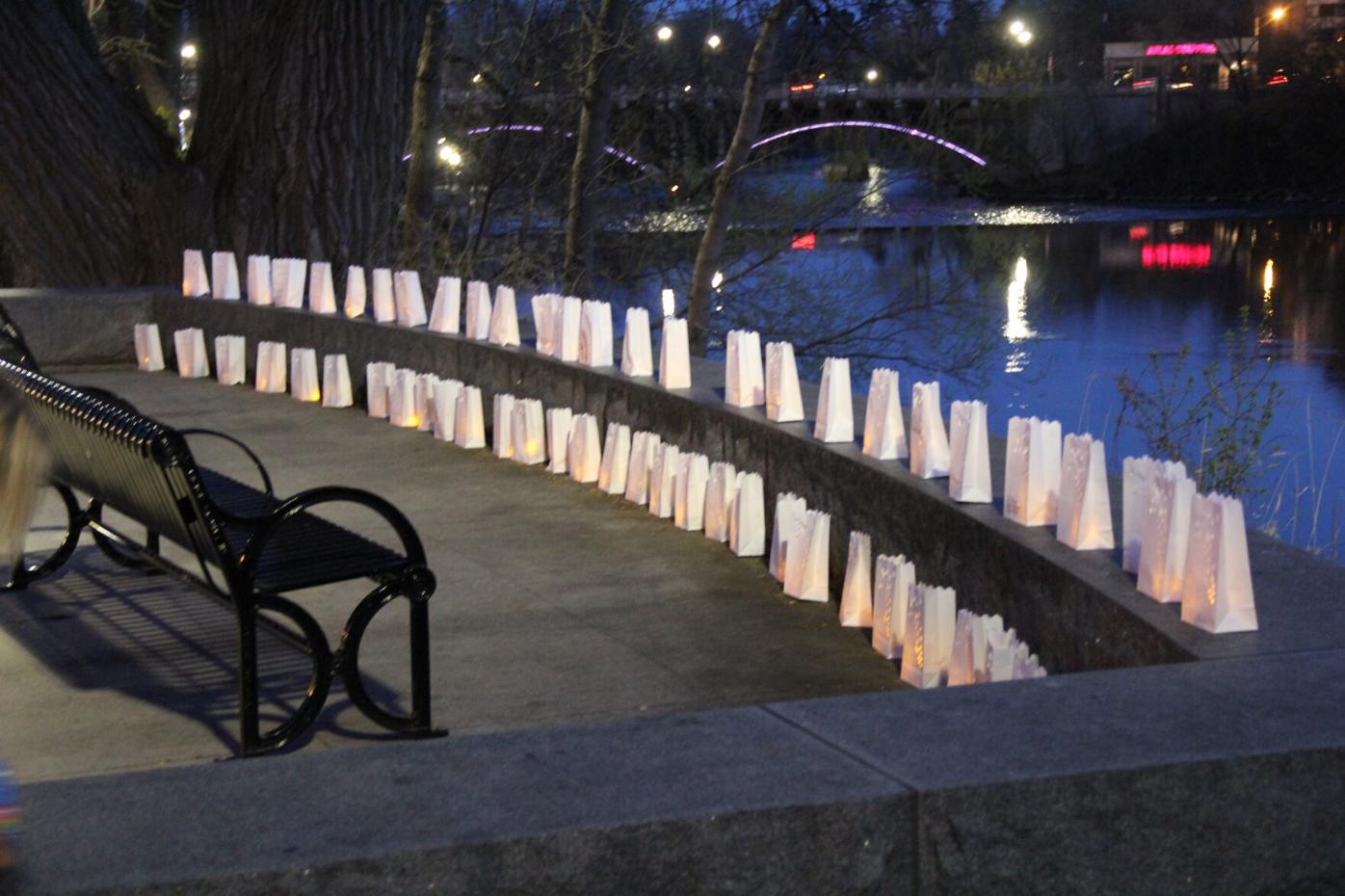 Community members set out paper lanterns in Anoka’s Riverfront Memorial Park Thursday, April 22, during a vigil for Army Spc. Vanessa Guillén, who was bludgeoned to death by another soldier on April 22, 2020, according to investigators. Her family has said Guillén was sexually harassed on the Fort Hood military base prior to her death, and they want the military and Congress to do more to prevent sexual assault and harassment in the ranks. Candlelight vigils were held across the nation on the anniversary of Guillén’s death. The Anoka vigil was organized by Steve and Stacey Burnham, the parents of Pvt. Nicole Burnham, who died by suicide in 2018 after being sexually assaulted and harassed on an Army base in South Korea.