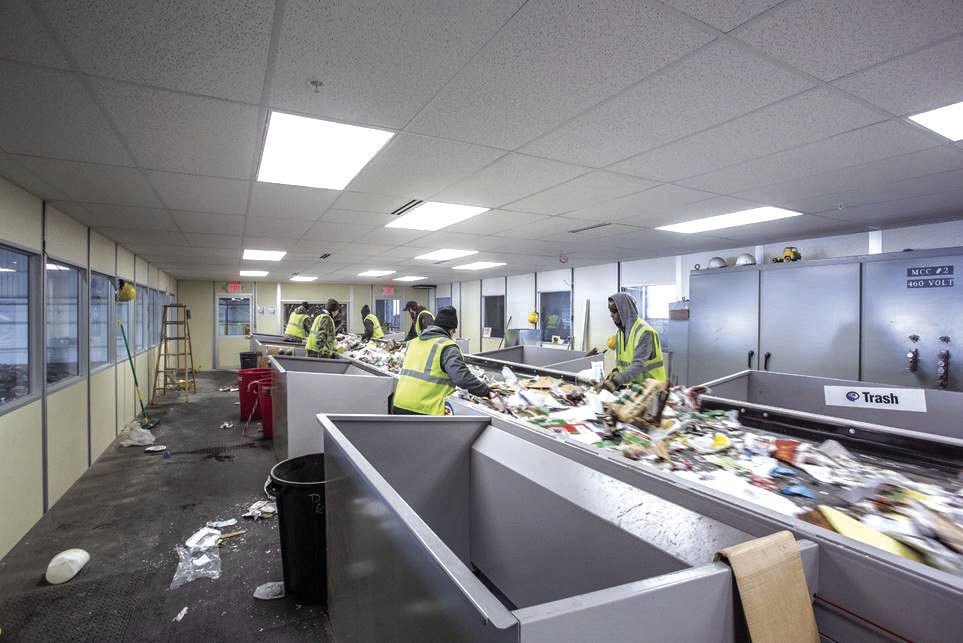 Workers sort recycling, throwing contaminants into trash cans next to them. 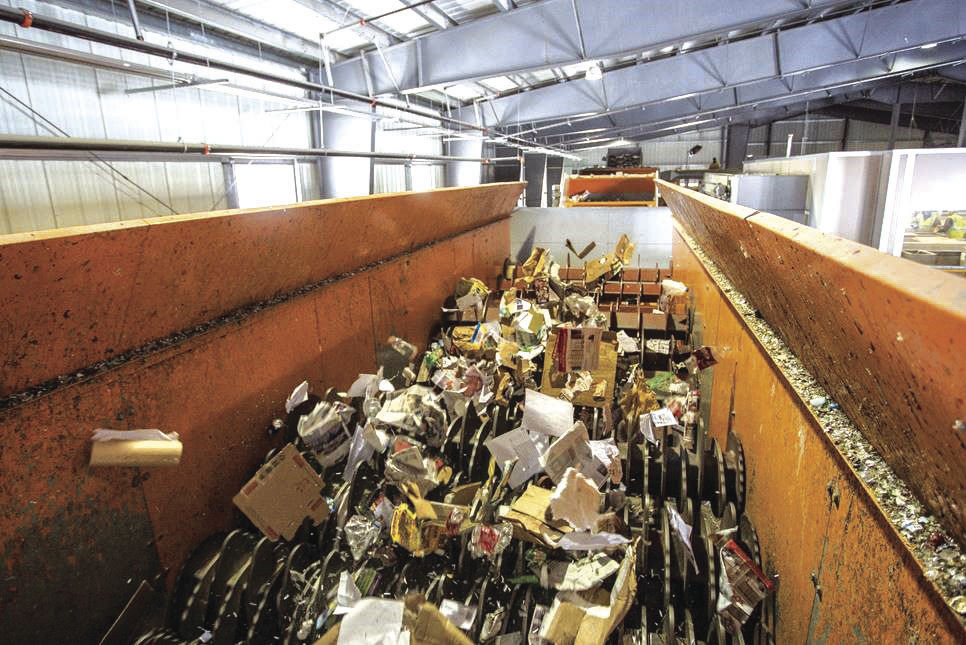 Recycling moves through rotating equipment where cardboard can often “float” over the rest of the material.

Workers sort recycling, throwing contaminants into trash cans next to them.

Recycling moves through rotating equipment where cardboard can often “float” over the rest of the material.

It’s becoming more important for residents of Anoka County to learn what can be recycled so contaminants don’t make the recycling process more costly and less efficient.

That’s because changes in how much recycled material foreign countries like China accept are flooding the local market for recyclables and shrinking profits from those sales.

Those products instead are being sold to local markets, increasing the supply and driving down prices.

For example District Manager Randy Triplitt with Ace Solid Waste said a ton of cardboard used to bring in $70 to $100, but for the last eight or nine months it’s been closer to $20 per ton.

Ace doesn’t sell the material itself. The company hauls it to material recovery facilities, often called murfs in the industry.

Eureka Recycling is one such company that sorts single-stream recycling into about 13 categories, according to Co-President Lynn Hoffman. The company sells the material to “end markets.” An example Hoffman gave was West Rock, where most of the company’s cardboard and paper is sold to be turned into cereal boxes.

However, if the sorter can’t make enough money off the product, the cost can be passed along to Ace, Triplitt said.

Waste Management, which hauls, sorts and sells material, is also feeling the pressure, according to Julie Ketchum the media contact for Minnesota.

One issue for companies in the recycling industry is contamination, Ketchum said. Right now Waste Management and other organizations including Anoka County are working hard to educate citizens on the proper way to recycle.

After recycling is picked up from the curb it goes to the MRF where it is sorted using functions like gravity, optical scanners, magnets and employees who can pick out contaminants once a stream is sorted.

Some contaminants, particularly plastic bags, will jam the machines that sort and move materials, which can be expensive to repair Peterson said.

“That is why things like plastic bags and chains and (items) like holiday lights and garden hoses and those types of things — we do not want to put it in the recycling because it does that kind of damage,” Peterson said.

Aside from damaging machines, other contaminants must be removed before the aggregated products are sold, which takes extra resources.

For that reason consumers should avoid recycling anything they’re unsure about. “When in doubt, throw it out,” Peterson said. Doing otherwise is called “wish-cycling,” or recycling items someone wishes are recyclable but aren’t, Peterson said.

Some common items that can contaminate recycling include: electronics, small appliances, plastic toys and furniture, metal products aside from cans, mirrors and plates.

“Anything from your restaurant to-go box to your soda cup, all of that is going to go into the garbage, but things from your house — the spaghetti sauce jar, the plastic container your strawberries come in, your milk jug, your orange juice jug, your laundry detergent (jug), all of that stuff is going to be what we want to put in recycling,” Peterson said.

Unfortunately for consumers, many recycling facilities use different processes, and not all of them can take the same materials. It’s important to look up what your local hauler can take.

Many have easily accessible information online. For example, Ace provides a straight forward list of what can and cannot be recycled.

Anoka County also has an online resource at anokacounty.us/recycle with information about special recycling events, like fix-it clinics to repair items instead of replacing them, and a searchable directory to determine if there are options for most items a consumer may want to recycle.

While prices for recyclable materials are low, most industry parties aren’t expecting it to be catastrophic in the long run. Peterson expects the market would eventually level out.

Waste Management is still investing in new facilities, such as a robotic MRF in Chicago that should be able to sort material faster, Ketchum said.

“I think eventually we’ll get through this storm,” Triplitt said.

Local markets are expected to become more common for recycled material according to Hoffman. Eureka already sells approximately 95% of its products within the Midwest, she said.

Keeping recycling local could also help increase the benefits of recycling, because less carbon emissions will be released to move it, Hoffman said.