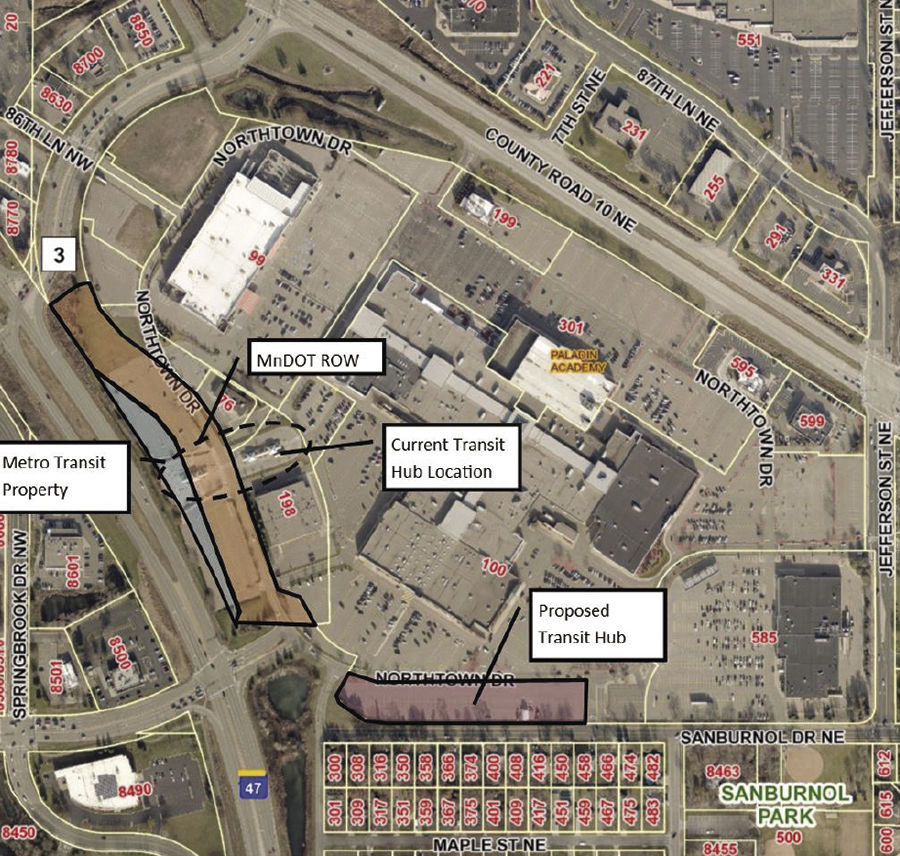 Currently the Northtown Transit Center is located on University Avenue, north of the 85th Avenue entrance to Northtown Mall in Blaine. Northtown Mall’s owner, Washington Prime Group, wants to relocate the center to an overflow parking lot to the south. 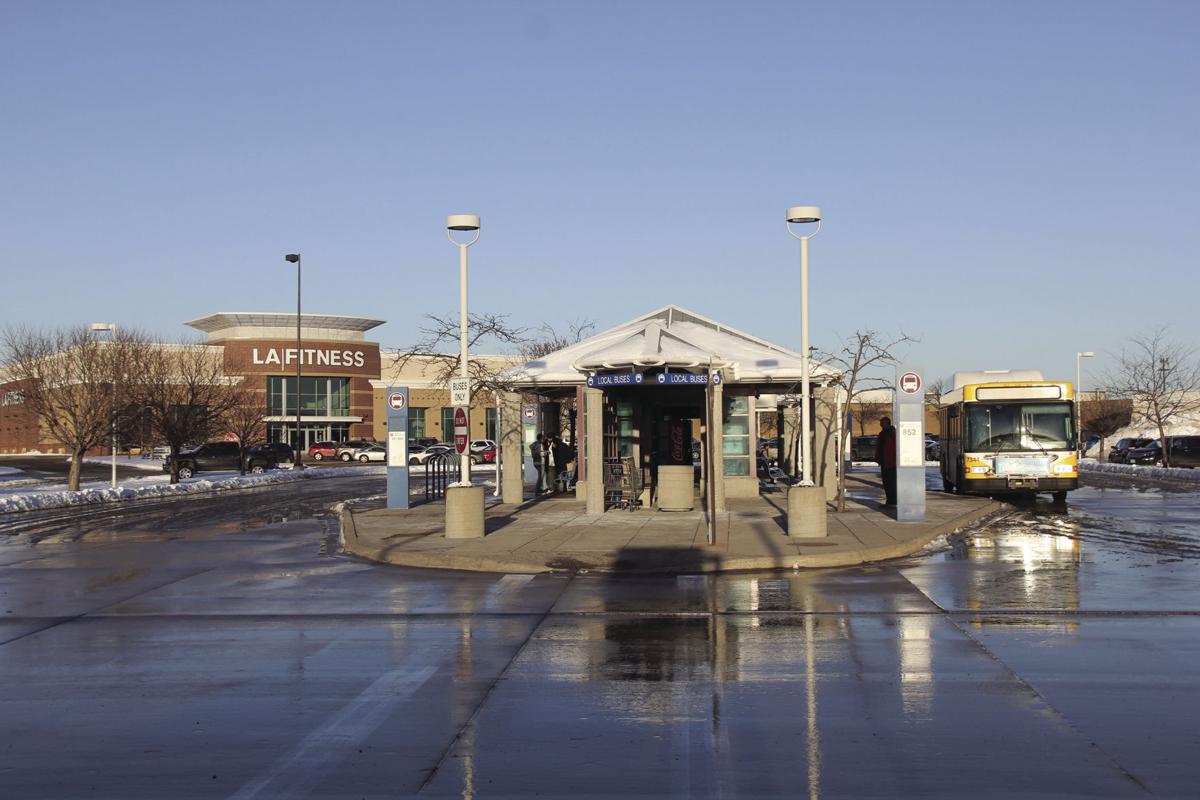 Currently the Northtown Transit Center is located on University Avenue, north of the 85th Avenue entrance to Northtown Mall in Blaine. Northtown Mall’s owner, Washington Prime Group, wants to relocate the center to an overflow parking lot to the south.

Plans are underway to move the bus transit center from the west side of the Northtown Mall in Blaine to the south side — but that won’t happen if the Spring Lake Park City Council gets its way.

On Aug. 19 the council voted unanimously to oppose the proposed relocation of the Northtown Transit Center from University Avenue to an overflow parking lot between Northtown and Sanburnol drives. The new site would be on Spring Lake Park’s northern border.

The current center was built in Blaine 20 years ago on property partially owned by the mall. Spring Lake Park City Administrator Daniel Buchholtz said Washington Prime Group, the owners of the mall, are working with Metro Transit to relocate the center to the overflow lot.

Buchholtz said this relocation would be facilitated by a land swap where Metro Transit vacates its existing property and the Minnesota Department of Transportation right-of-way along University Avenue in exchange for the overflow parking lot land.

Once that exchange is complete, the new location would be co-owned by Washington Prime Group, the Met Council and MnDOT.

Spring Lake Park’s resolution asks the city of Blaine to deny requests by Northtown Mall for a preliminary plat and conditional use permit that would facilitate the land swap transaction.

If the transit center moves forward, Metro Transit will be required to go through a conditional use permit approval process for shared access and parking. The permit process includes a public hearing at a Planning Commission meeting, followed by the City Council giving final approval of the conditional use permit. This application has not been made yet, but would likely come before the council this winter or in the spring.

Six local and three express bus lines are routed through the center with more than 170 buses visiting the site daily.

“When we look at the land around the mall, there are other locations for this that wouldn’t cause harm to this residential neighborhood,” he said.

The Northtown Transit Center relocation project has been proposed on three separate occasions since 2005.

Spring Lake Park Interim Mayor Bob Nelson said the city was approached in 2011 and 2017 about the project. Both times the council said it wanted to be part of project discussions, but that never occurred. This happened again when the project was brought up again this summer, he said.

“It affects or city and our neighborhood,” Nelson said. “We were left in the dark this time.”

“I think the management of Northtown has put us all in this unfavorable attitude,” he said.

The city has been working with Rep. Erin Koegel, D-Spring Lake Park, who’s also a Sanburnol resident, to facilitate discussions with the Met Council. The Blaine City Council was also notified of Spring Lake Park’s concerns.

“We still are working with WPG to find a solution,” he said. “As of right now we have a closing window of opportunity in which to leave the premise and restore the transit center to parking.”

Serumgard said Metro Transit is currently working with Washington Prime Group to extend the time frame of the eviction.

Representatives for Washington Prime Group were not present at the Aug. 19 City Council meeting, and the company did not respond to the Life’s request for comment.

Serumgard said Metro Transit is currently working with the firm Stantec to develop plans for screening and sound walls on the new site. Those plans will be made available later this fall.

“It’s not the right spot as far as I’m concerned for the city, and it’s residents that live along there,” Nelson said. “It’s unacceptable.”

“We’re willing to talk, listen and work on a solution with the mall ownership, Metro Transit and the city of Blaine,” Buchholtz said. “This (resolution) isn’t saying we’re completely obstinate, but we do need to protect this residential neighborhood.”