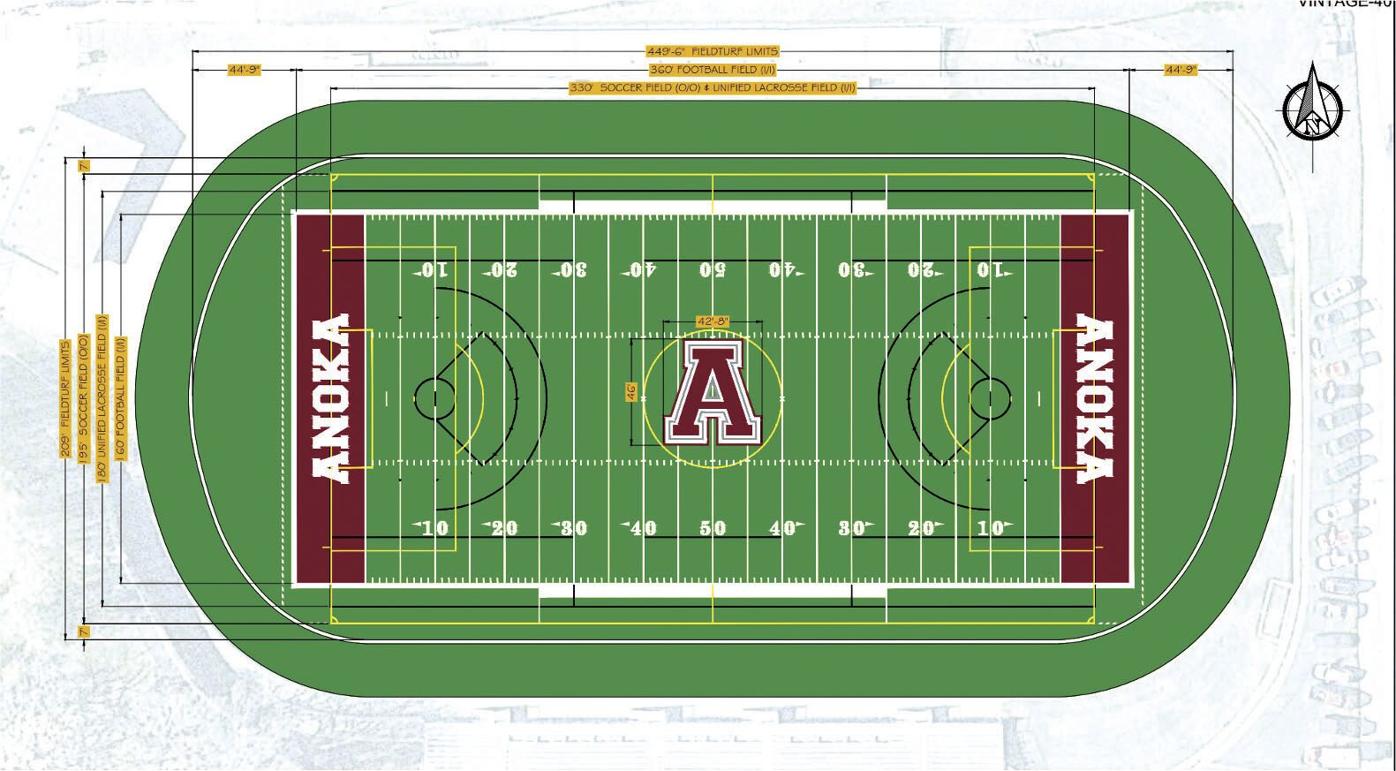 Goodrich Field will get synthetic turf. This graphic shows the planned field. (Graphic from school board packet) 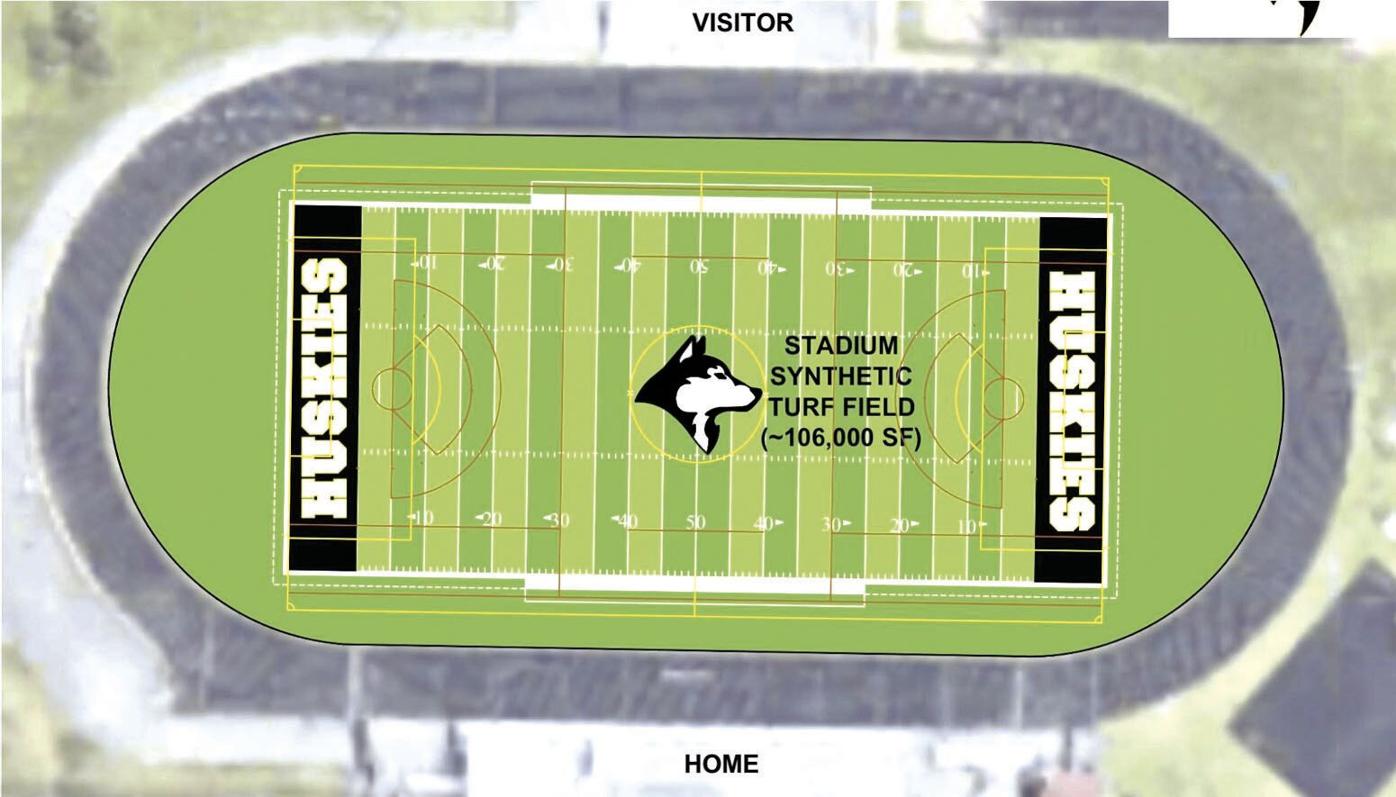 Goodrich Field will get synthetic turf. This graphic shows the planned field. (Graphic from school board packet)

Historic Goodrich Field in Anoka will be among five high school fields to receive synthetic turf this year in the Anoka-Hennepin School District.

Installation of the new fields is expected to begin mid-July and wrap up in time for fall sports, according to an update presented to the School Board Jan. 11.

The inclusion of Goodrich Field in the district’s turf plan is welcome news for some community members who had worried about its future. In earlier discussions the district said it was considering a new stadium field at Anoka High School instead of using the off-campus Goodrich Field as its primary field. Following ABC Newspapers reports last year, the Anoka City Council passed a resolution asking the district to continue using Goodrich Field.

The district says installing artificial turf fields will allow Anoka-Hennepin to stop paying to use other fields. Currently the Minnesota State High School League requires all state tournament games to be played on synthetic turf. To prepare, teams lease synthetic turf fields to practice on.

Fields with artificial turf can also be used more often, because normal grass fields require periods of rest to maintain a good playing surface. Since the addition of some spring sports, such as lacrosse, Anoka-Hennepin fields have not been able to keep up with demand.

“One of the things that became increasingly difficult was maintaining the fields, particularly after pressure on those fields in the spring season,” Chief Operations Officer Greg Cole said.

Moving forward the district is working on finalizing approvals, purchases and schedules to install the new turf.

Champlin Park High School’s field will cost just over $1 million. Earth work accounts for $584,935, while installation and turf will cost $487,226.

Each field will have lines for football, soccer and lacrosse. Except at Goodrich Field, two shades of green will alternate every 10 yards.