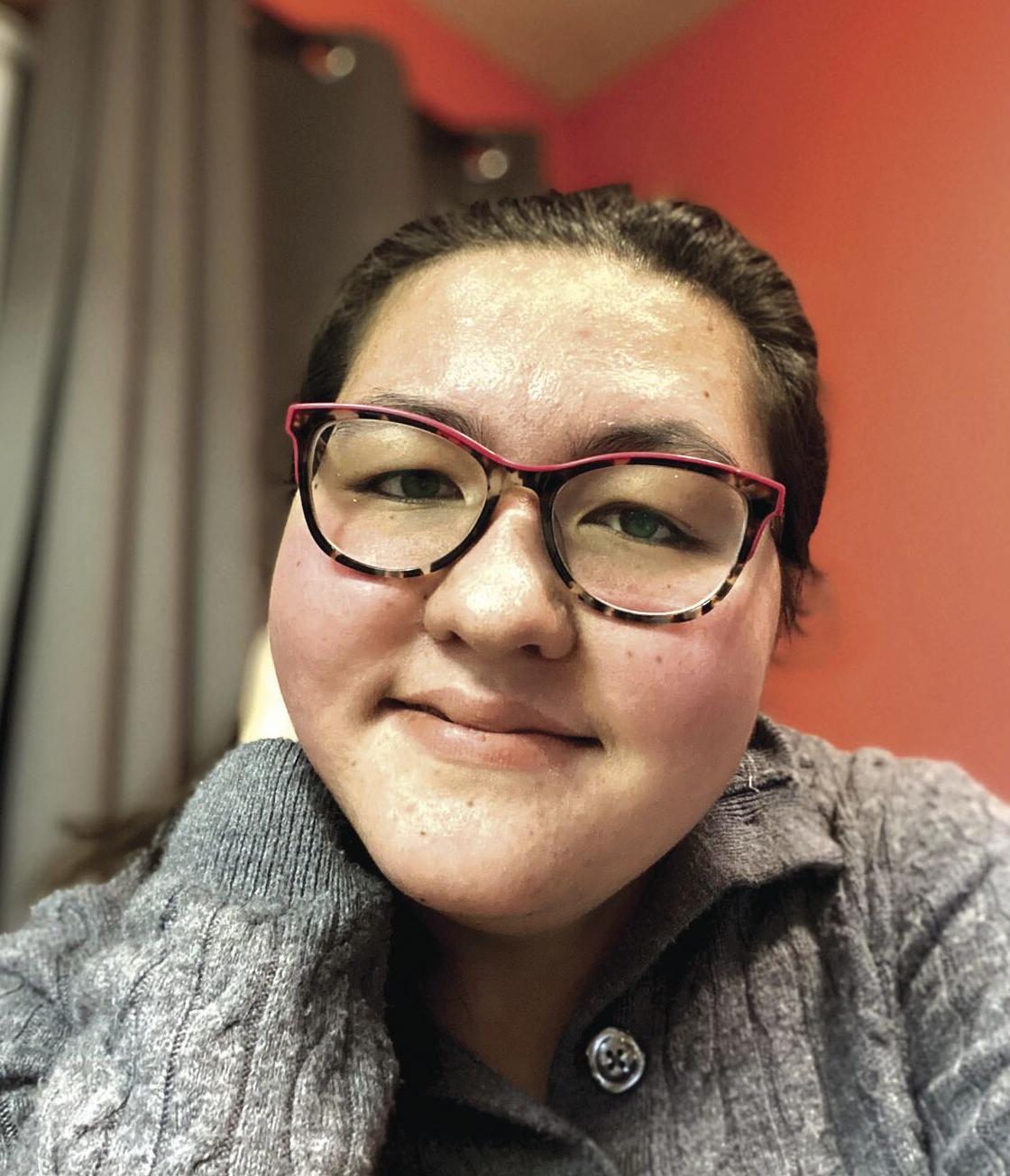 Jordan Iseri, of Anoka, was named an all-star player at the Gallaudet University National Academic Bowl April 26-30. Her team from the Minnesota Academy for the Deaf made it to the quarterfinals, farther than any team in school history. (Photo submitted)

This is the Academic Bowl team from the Minnesota Academy for the Deaf that made it to the quarterfinals in the Gallaudet University National Academic Bowl April 26-30, farther than any team in school history. Pictured are, top row, from left, coach Megan Frowick-Morgan, coach Beth Hamilton and Brenden Dow and, bottom row from left, Karsen Schroeder, Jordan Iseri and Dalina Schwartz. (Image submitted)

An Anoka student helped her Academic Bowl team make school history this year and received national recognition in the process.

Jordan Iseri, a high school junior at the Minnesota State Academy for the Deaf in Faribault, was named an all-star player in the Gallaudet University National Academic Bowl April 26-30. Her school’s team reached the quarterfinals for the first time in its history, falling to the national champion, California School for the Deaf, Fremont. The Minnesota Academy for the Deaf also received the sportsmanship award.

“It was incredibly thrilling to be able to participate in the national competition,” Iseri said in an email. “Even though we didn’t make it to the finals, it was still an amazing experience and I feel incredibly lucky to have been a part of it.”

Lee Jones, athletic director for the Minnesota Academy for the Deaf, called Jordan an “excellent” student who brings a lot to the team.

“I have noticed that Jordan is a real leader especially when she is a team captain for the academic bowl team,” Lee said in an email. “She would keep the team together and she has the skill to elevate the team.”

A team member for the past three years, Iseri dedicates about seven hours a week to practicing and studying for the Academic Bowl, but she said she’s always learning new information that might pop up in a competition.

The Academic Bowl format includes three rounds per match that test the knowledge of individuals and teams on a wide variety of topics. This year the national competition took place virtually, which made it easier to attend, but detracted from the overall experience, Iseri said.

This was Iseri’s second year participating in nationals.

“Last year, my second year on the team, we made in on the wildcard, which was very lucky,” she said. Even though the team didn’t make it past the opening round, the experience served as preparation for this year.

Iseri said teamwork is an important part of the competition, and she was pleased with her team’s performance as a group.

The team began practicing in September and continued until the week of the national event.

“They meet every day via Zoom to practice different methods of learning different subjects,” Lee said. “The coaches are amazing because they really encouraged our players to do their best. They took each individual’s strength and blend them together and the accomplishments we can see is living proof of the success.”

“I feel very happy with the team that I have been working with and we work really well together, and it shows,” Iseri said. “We made it this far! It is a thrilling feeling to know that we are the first team in MSAD history to make it this far in Nationals.”

In addition to being an all-star player nationally, Iseri was honored as the most outstanding player in the regional competition, another first for the school.

“I would not have made it this far without my team and my coaches and they deserve all the thanks in the world,” Iseri said.