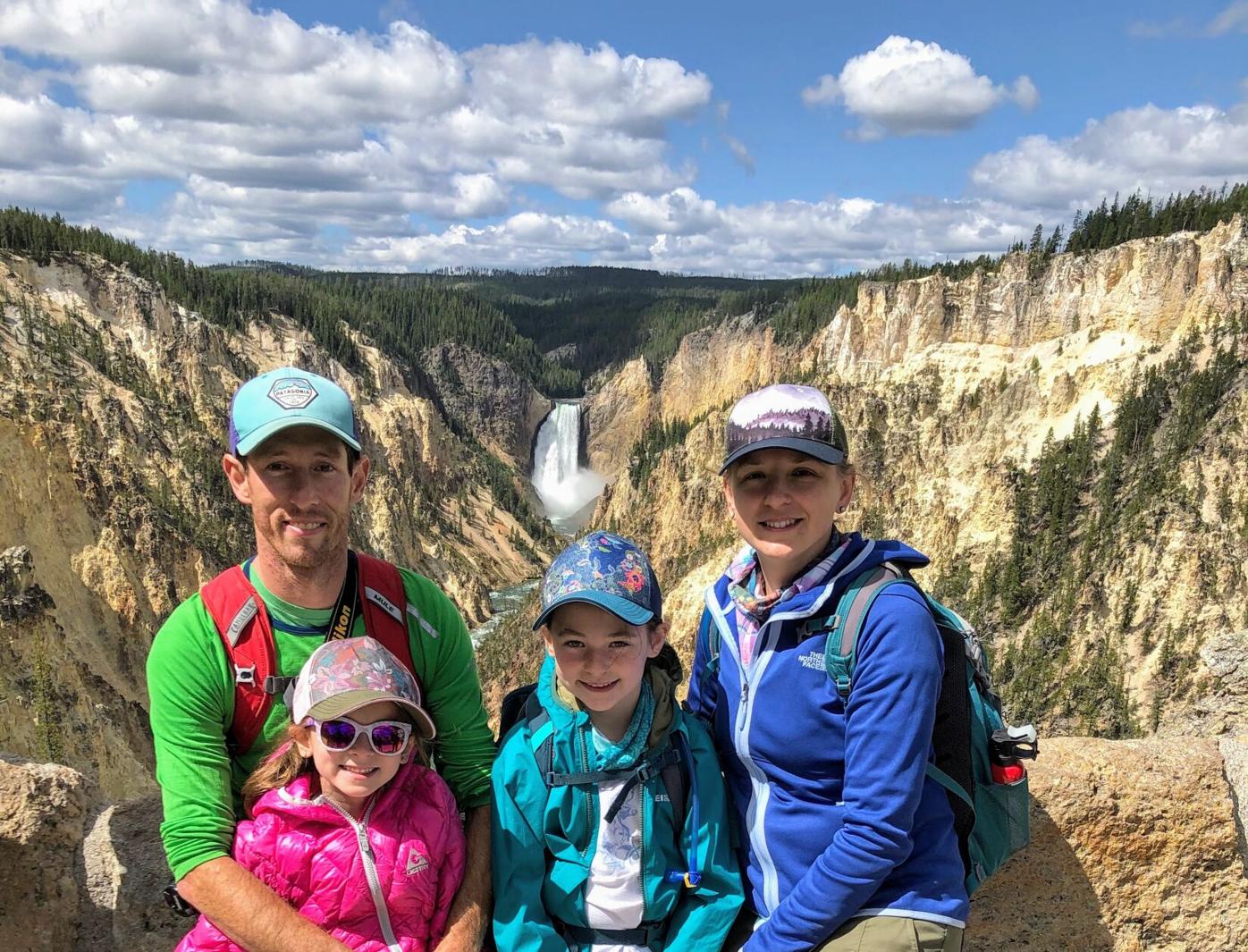 Todd Hunter, his kids Hazel and Norah, and his wife Sarah take a group photo at Yellowstone National Park in Wyoming. Hunter is a finalist for state Teacher of the Year. (Photo courtesy of Todd Hunter) 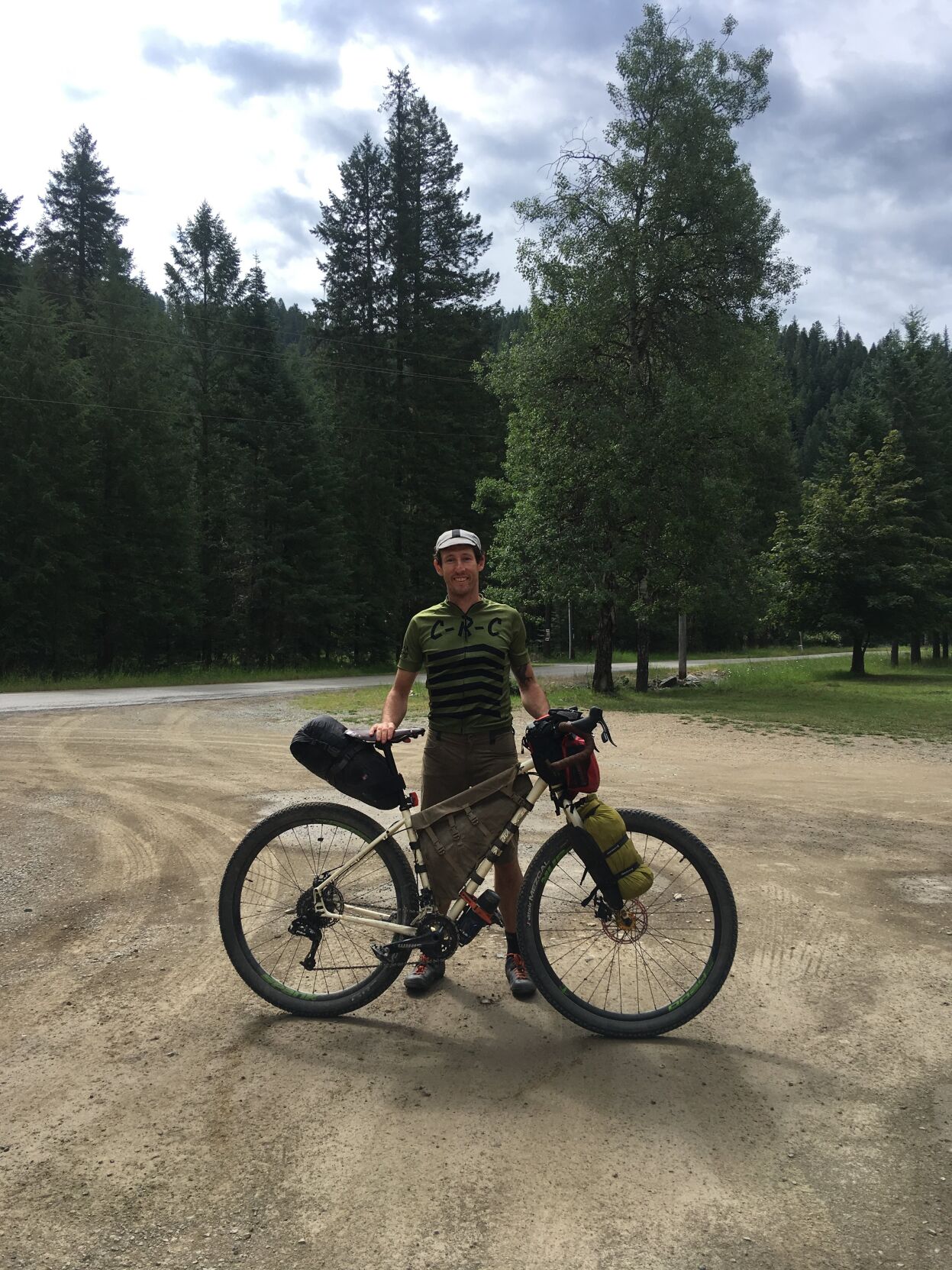 Todd Hunter, his kids Hazel and Norah, and his wife Sarah take a group photo at Yellowstone National Park in Wyoming. Hunter is a finalist for state Teacher of the Year. (Photo courtesy of Todd Hunter)

That is, until he had teachers who changed his mind.

“Those teachers pushed the boundaries of what school could be,” said Hunter, who now teaches science at Anoka High School. “They gave me opportunities that aren’t the traditional sit in a classroom and read a textbook and do multiple choice tests. That planted the seed that there’s other ways to do school.”

Those teachers helped him realize he should consider a career in teaching, and now Hunter uses an experience-first approach to teaching robotics and engineering to his students, rather than lecturing at them all day, he said.

That approach is one of many reasons he was nominated for Minnesota Teacher of the Year and is one of nine finalists selected from a pool of 75 candidates. The winner will be chosen later this year.

Farley has worked with Hunter for more than a decade. Hunter has been a teacher for 16 years — 15 of which have been in the Anoka-Hennepin district — and is constantly working to better himself and his classroom to improve students’ ability to learn, Farley said.

The science teacher makes sure students are getting what they want out of his class, according to 12th-grader Jessica Harvey.

“My favorite thing about Mr. Hunter is how he does unofficial class meetings,” she said. “He has everyone together and asks what’s going well, what isn’t going well.”

Hunter focuses on teaching students problem-solving and team-building skills to best prepare them for careers after high school. He makes class a collaborative effort.

“He shows that our opinions and thoughts are valuable to him, and that really resonates with me, because I feel that so many teachers see us as another student or paper to grade, whereas he sees our worth and treats us with respect,” Harvey said.

Being able to prepare students for post-high school careers or education is a big reason Hunter helped create the STEAM program at Anoka High School in 2017. The acronym stands for Science, Technology, Engineering, Arts and Math.

Teachers met with local business and community leaders to assess what skills they wanted employees to have.

“Some really fascinating answers came from those conversations,” Hunter said. “It had nothing to do with content. Nobody out there is saying, ‘I need kids that know how to do trigonometry or how to use the Pythagorean Theorem.’ Nobody said that. It all came down to: ‘I need kids that can think. I need employees that can sit down in front of a new piece of technology, a new piece of software and they can figure it out. I need workers that can work with other people in teams and can start a project and finish a project and all the stuff that’s in between.’”

Hunter helped create a series of classes to build those characteristics in students.

“He is constantly thinking of ways to improve the educational experience for students,” STEAM curriculum integrator Rana Nestrud said. “To say that he is creative and innovative seems like an understatement.”

Hunter also built the “Makerspace,” a place for students to work on projects by themselves or as a team. There, kids have access to anything from 3-D printing to audio recording to robotics.

Fellow STEAM teacher Katie Hale shares the Makerspace for a classroom with Hunter.

“His students are always ‘doing’ — actively learning, creating, building, experimenting, figuring out the world through their curriculum,” Hale said. “Students are never bored in his classroom — there are way too many possibilities to explore.”

This month, the school’s new STEAM student leadership team is meeting for the first time. The group was meant to begin meeting last year but was postponed due to the COVID-19 pandemic.

“This is for students who are at Anoka High School and want to go above and beyond what’s just in the curriculum of the STEAM program,” Hunter said.

Hunter won the district’s Above and Beyond award in 2017.

Students nominate teachers for the award each school year.

“When you walk in the door you better be ready to go above and beyond,” Hunter said. “We’re not going to sit here and listen to lecture all day. We’re going to do things, and we’re also going to respond to the world around us.”

And students are ready to do just that.

Andrew Byrnes, an 11th-grader at Anoka High School, said the two classes he’s taken with Hunter have been a lot of fun, yet challenging.

“He allows some fun within the chaotic environment that can be the STEAM program at times, with everyone rushing to get things done,” Byrnes said. “He has this contagious energy that takes the weight of things right off when morale is lower than usual.”

For Hunter, going above and beyond in the classroom looks like meeting students where they are and listening to them when they’re voicing their thoughts. He keeps himself — and the Makerspace — available throughout the school day.

One of the reasons Hunter was nominated was his ability to incorporate real-world issues into his teaching, he said.

In 2017 the country was experiencing a problem with hate crimes and hate speech, Hunter said, and he wanted to address the issue in class. The rhetoric made it difficult for students of various backgrounds to come to school and get the quality of education they deserve, he said.

“Instead of looking the other way, and saying ‘Well I’m a science teacher, I can only teach about science,’ we stopped and we took time to address it, to call out the elephant in the room, to just frame it in a light that acknowledged what was happening,” Hunter said. “There’s no way I can teach effectively if I’m not addressing those things that are in their way of getting a good education.”