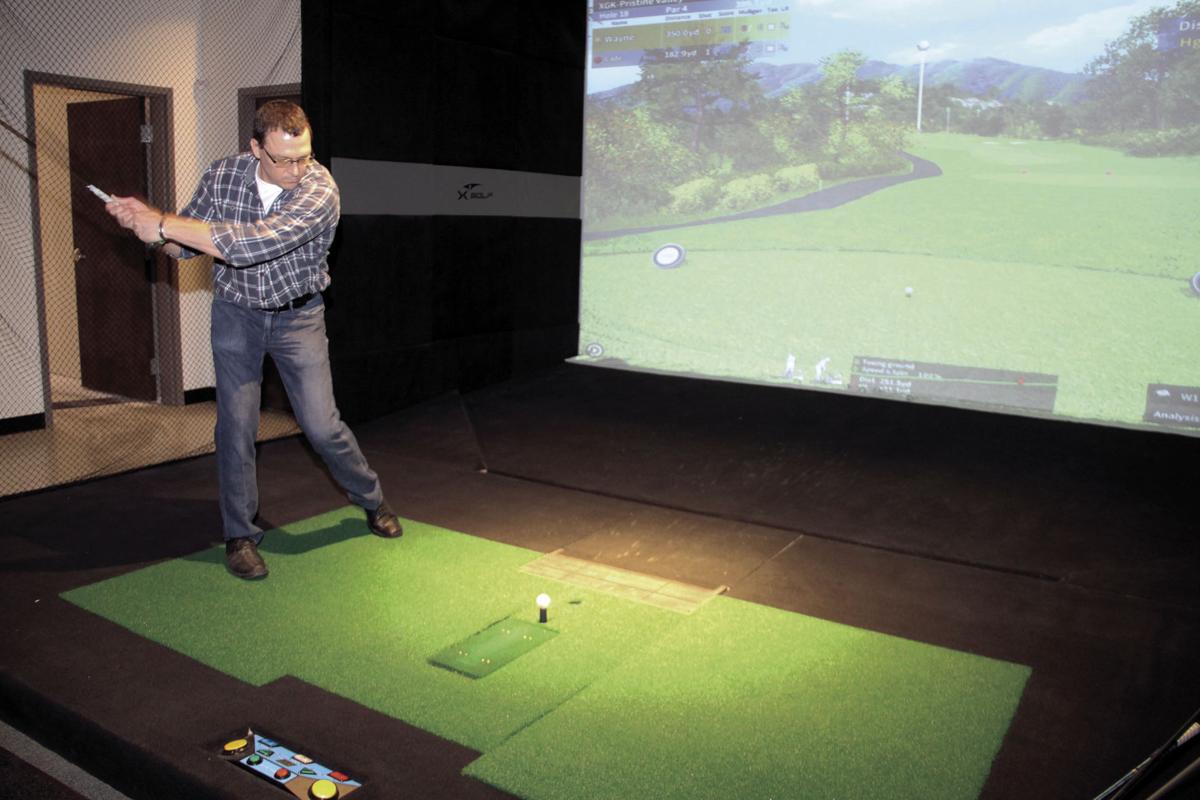 Wayne Hamlin hits a golf ball in a simulator. 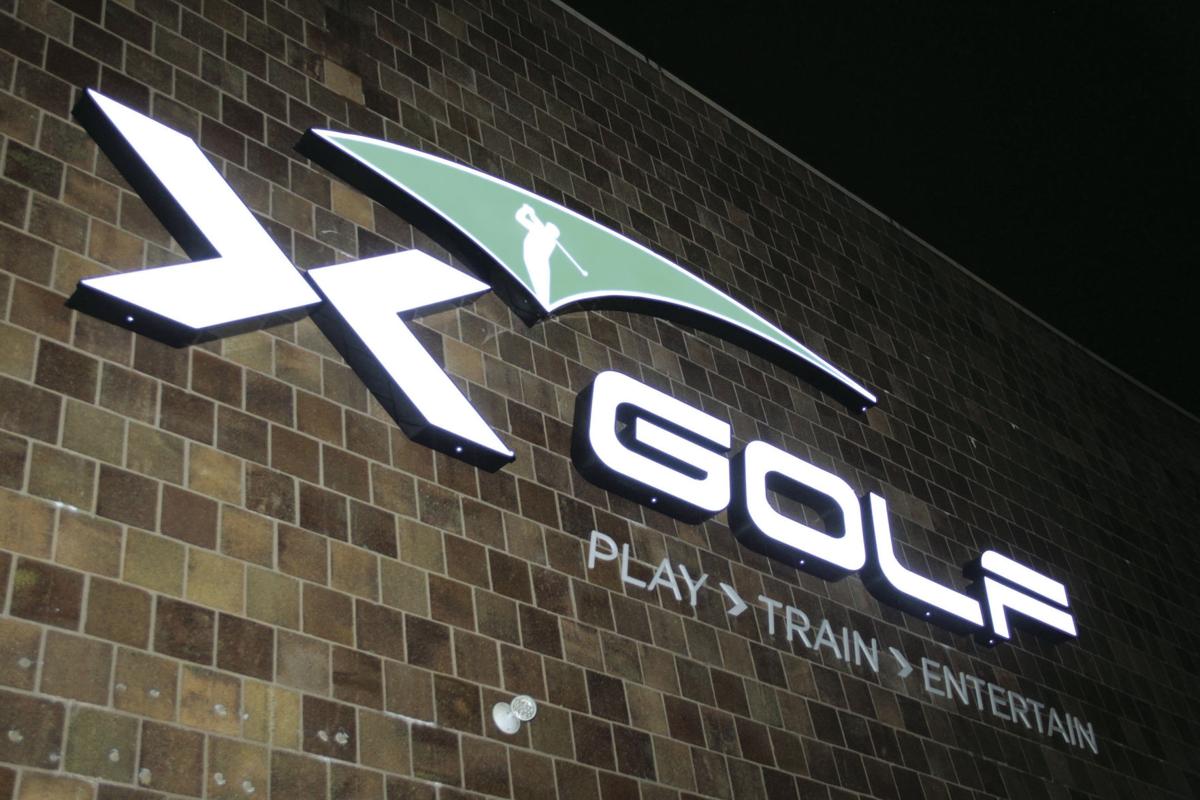 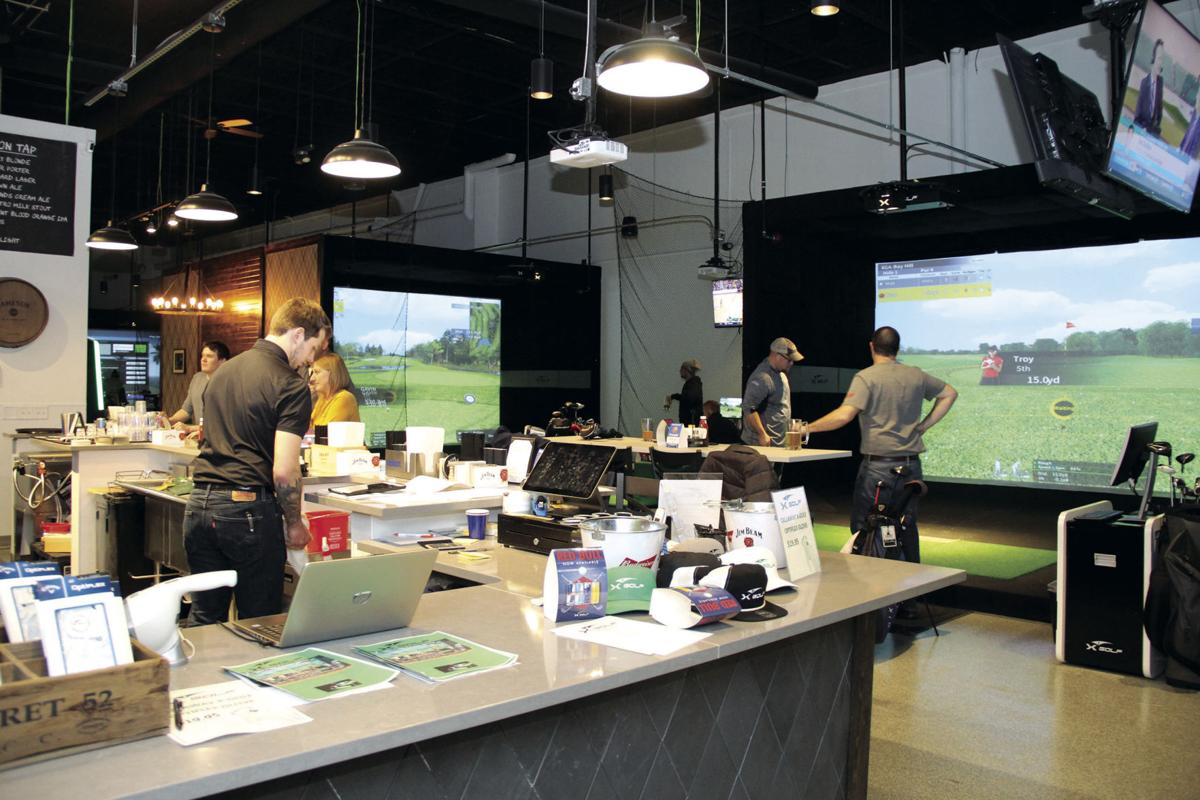 X-Golf in Blaine is an indoor golf simulator facility at Northtown Mall. 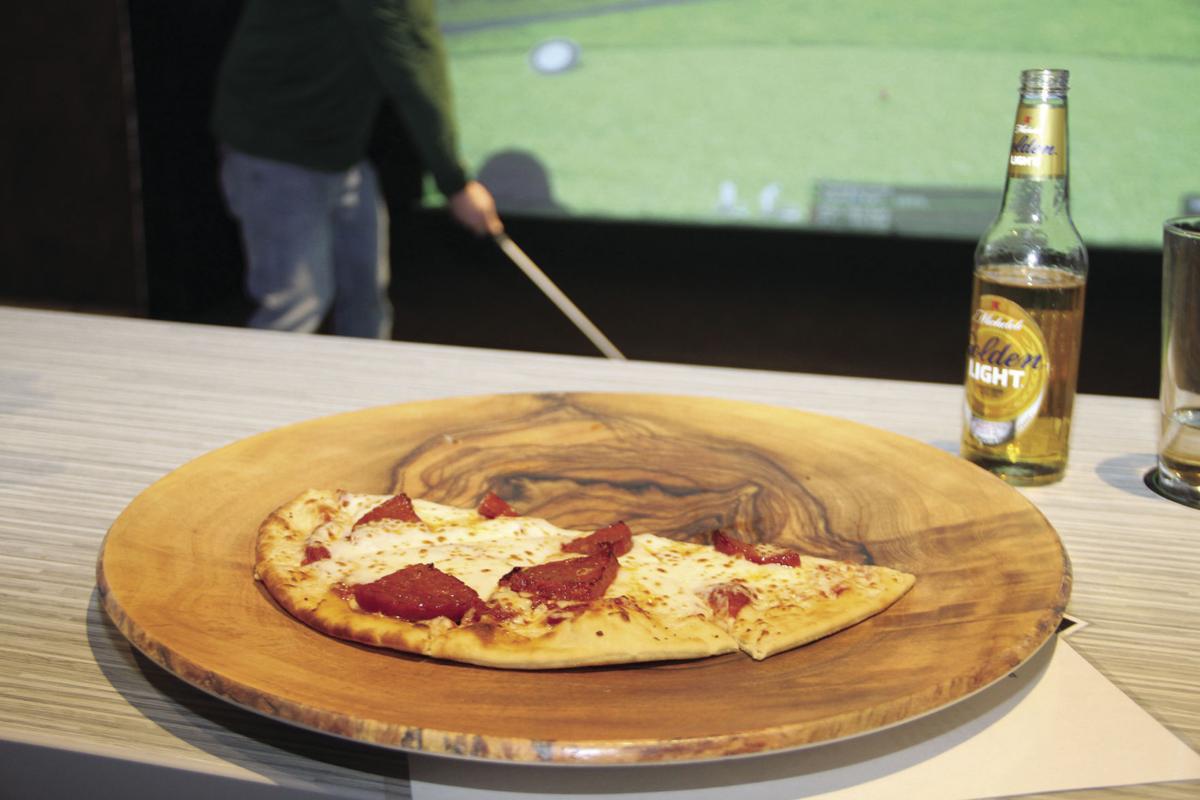 X-Golf in Blaine offers a full bar and food options including pizza. 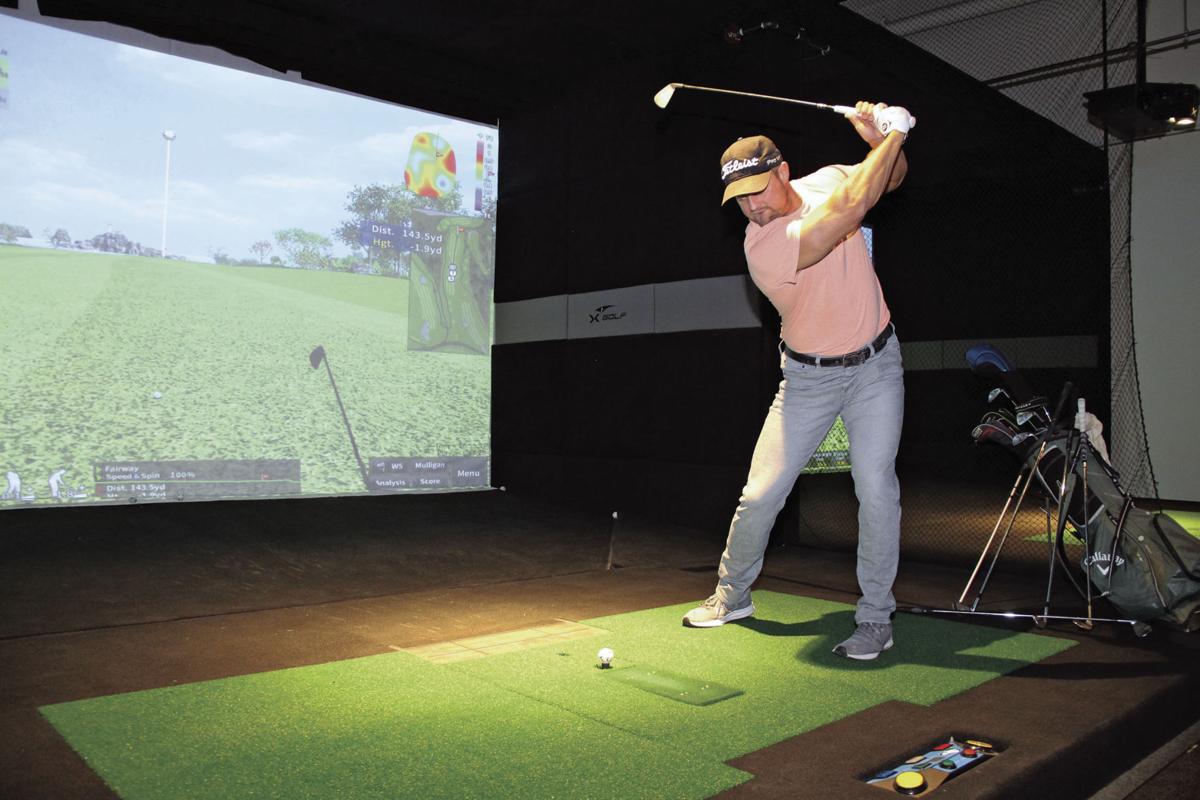 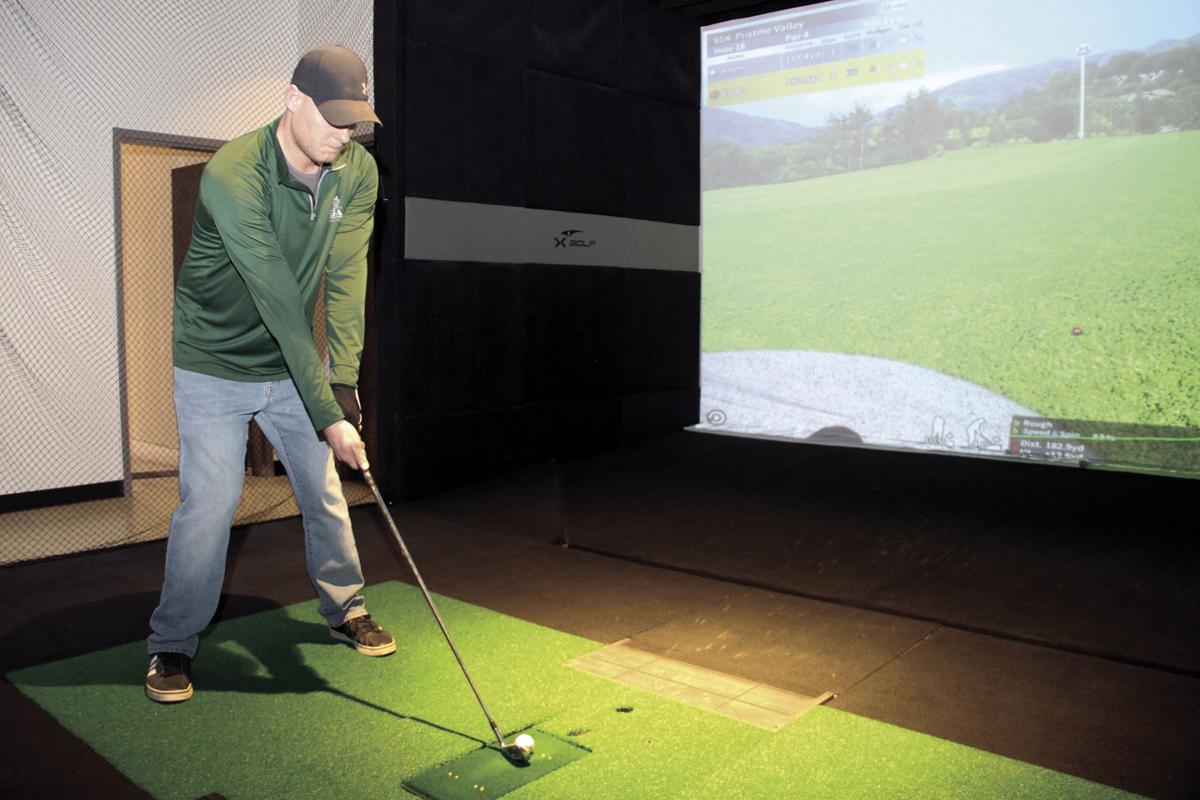 Cade Wiczek, from Anoka, hits a golf ball in a simulator. 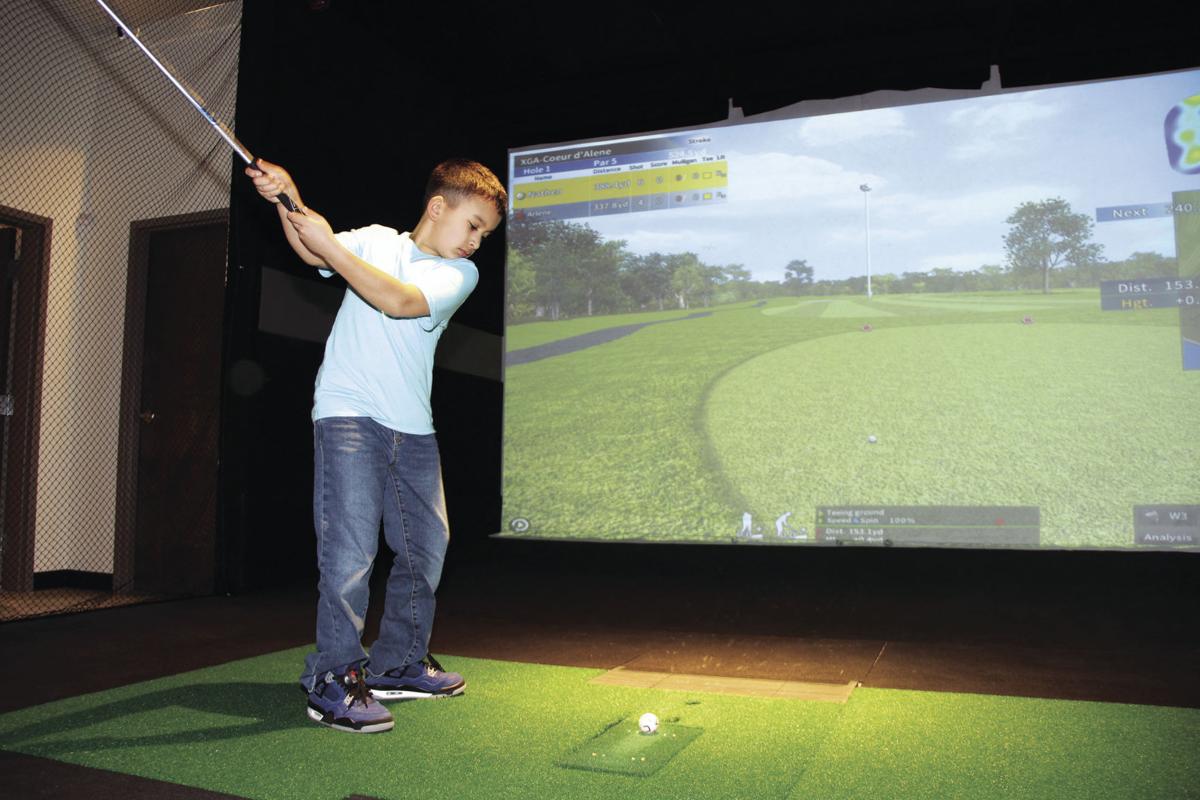 Nate Hamlin hits a golf ball in a simulator. 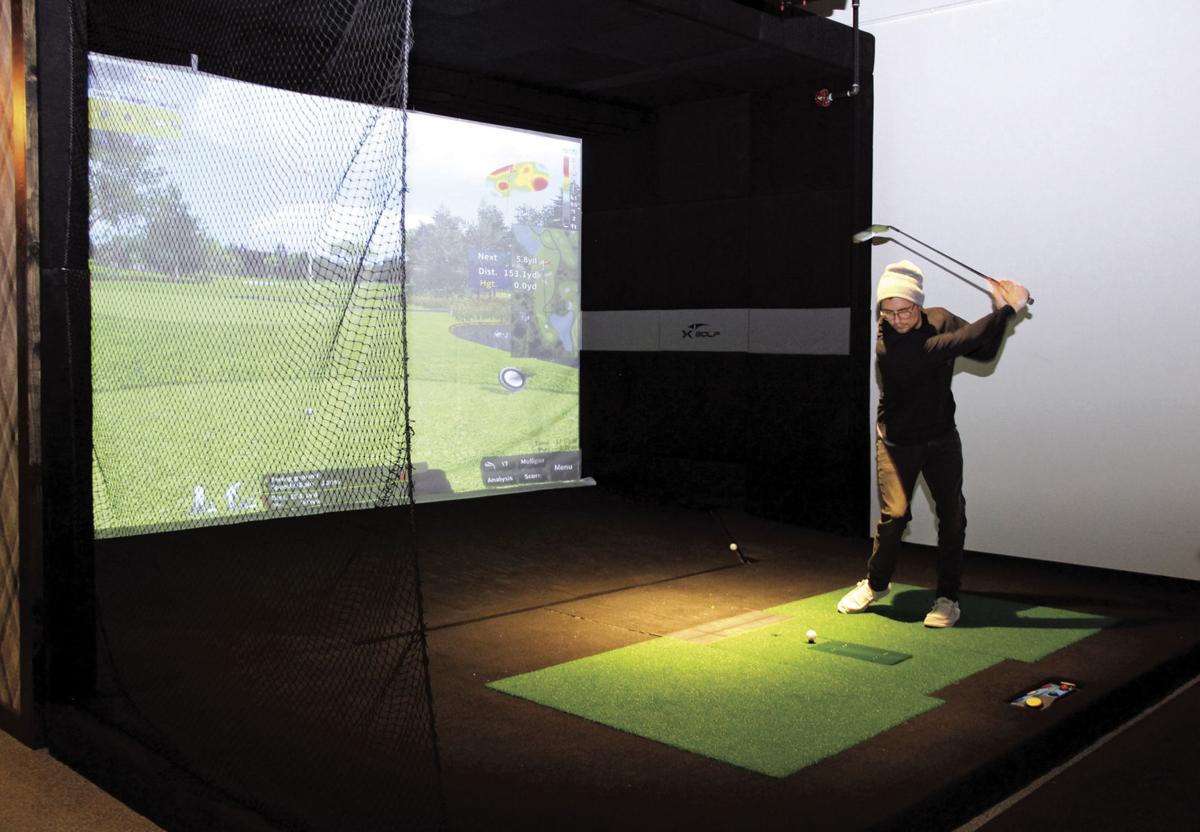 Gavin Quinn hits a golf ball in a simulator.

Wayne Hamlin hits a golf ball in a simulator.

X-Golf in Blaine is an indoor golf simulator facility at Northtown Mall.

X-Golf in Blaine offers a full bar and food options including pizza.

Cade Wiczek, from Anoka, hits a golf ball in a simulator.

Nate Hamlin hits a golf ball in a simulator.

Gavin Quinn hits a golf ball in a simulator.

A new indoor golf simulator in Blaine invites the public to escape the cold weather and get in a round, or more.

X-Golf’s Blaine location is at Northtown Mall, adjacent to Best Buy, at 298 Northtown Drive NE. It opened in late December and celebrated a grand opening Jan. 25.

The facility is a side venture of Minnesota Capital Management or MCM, a company that began in 2011 as a group of residential property investors.

“The north metro is an amazing golf community, so when this space became available at Northtown Mall we jumped at it to bring X-Golf to the area,” said President Ben Feret, one of the six co-owners of the Blaine and Champlin locations.

The X-Golf in Champlin is at 11351 Aquila Drive N. and opened its doors in mid-November.

The third X-Golf location in Minnesota is in Woodbury, but that franchise location is under another owner.

“I immediately fell in love with the technology,” he said. “The simulator technology has come so far.”

Founded in 2005, X-Golf America Inc., based in Carson, California, is an offshoot of a South Korean company that makes golf simulators. The company originally made simulators for personal use but has since expanded into franchising.

The simulator is set up on a platform lined with artificial turf. High-speed cameras, lasers, and optical and impact sensors are used in combination to create a realistic experience.

“It’s all about the accuracy of the technology and the feel of the game,” Feret said. “People want to feel like they’re planning a real game of golf.”

The settings on the simulators can be changed to appeal to golfers of various levels and ages.

Each simulator can fit up to six players, an it takes about 45 minutes for each player to play a round of golf, compared to several hours at a course.

“You can come here, have lunch, play 18-holes and be back to work by the end of your lunch break,” Feret said.

At X-Golf Blaine, players can bring in their own clubs or rent at the location. Feret said golfers often bring their golf bag and use every club to have a more realistic round.

He said X-Golf’s simulators are more advanced than other simulators especially for putting and chipping.

Golfers can choose from dozens of golf courses to play, including Pebble Beach in California; Hazeltine National Golf Course in Chaska, Minnesota; Evian Golf Club in Évian-les-Bains, Haute-Savoie, France; and more. In a couple of weeks the location will add St. Andrews Links in St Andrews, Fife, Scotland.

“This is my first time here and literally my first time playing a simulator, but it’s great,” said Cade Wiczek from Anoka on Feb. 1. “It’s a great alternative when you don’t have anything else to do. It’s definitely a lot of fun. It’s a lot different than going to a range. It’s more like an actual game of golf.”

Feret says the main benefit of X-Golf is it allows golfers to keep up their game year-round.

“Outdoor golf courses face a lot of pressure here in Minnesota with the short summer season and also a bit of a declining golf community nationally in addition to the amount of free time available,” Feret said. “Here at X-Golf we help alleviate some of those pressures and get people interested in golf.”

“Golf simulators are a great way to get ready for the start of the season instead going in cold right away,” said Wayne Hamlin from Ham Lake on Feb. 1.

The Blaine location has a professional golf trainer on staff, Nick Moran, the former assistant pro at Minnesota National Golf Course in McGregor.

X-Golf in Blaine also offers competitive leagues, specials and can cater to events and parties.

The location has a full bar, appetizers and pizza. There are also multiple flat screen TVs to allow for watching sports while playing.

Sophia Khori contributed to this story.