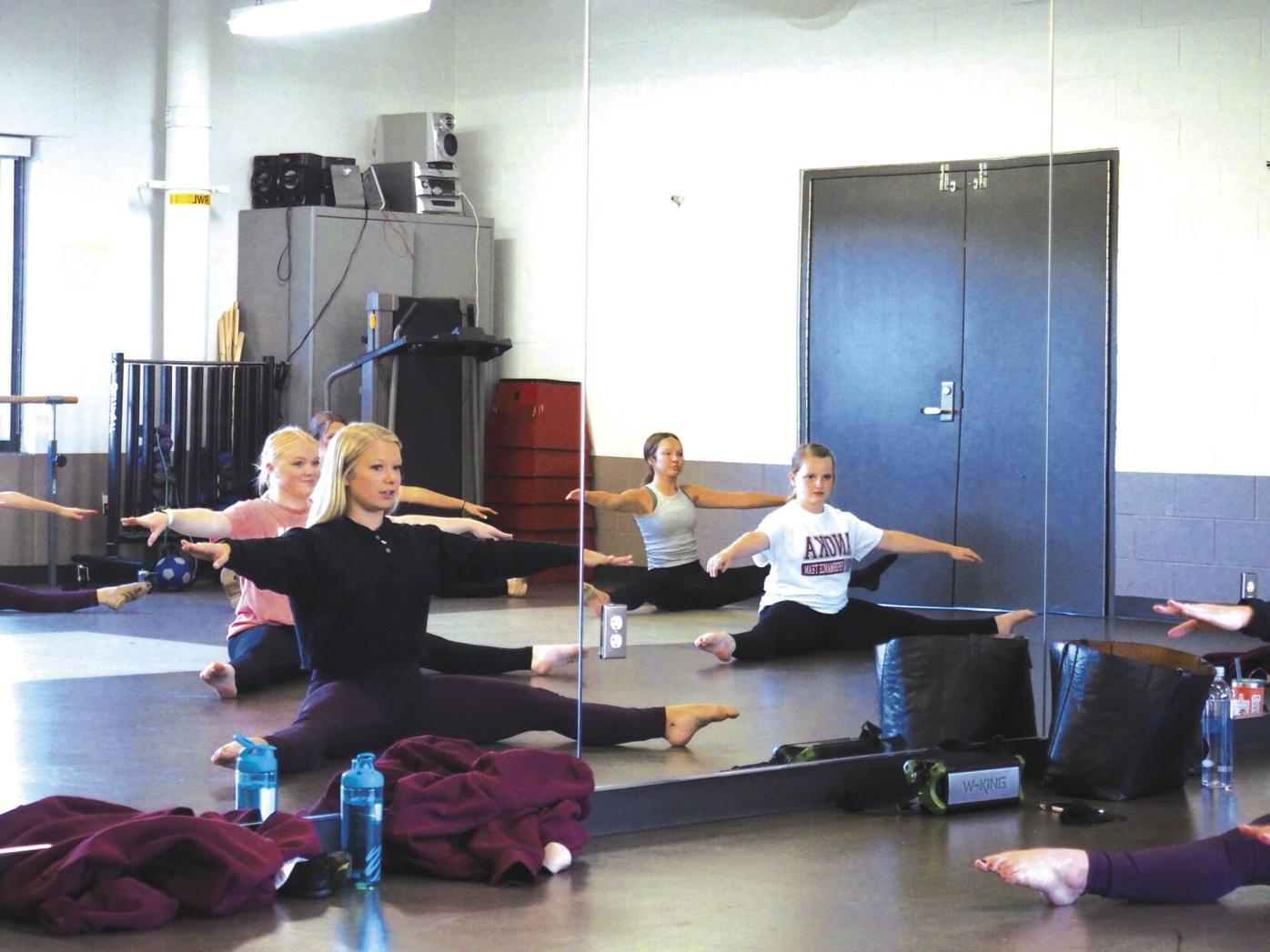 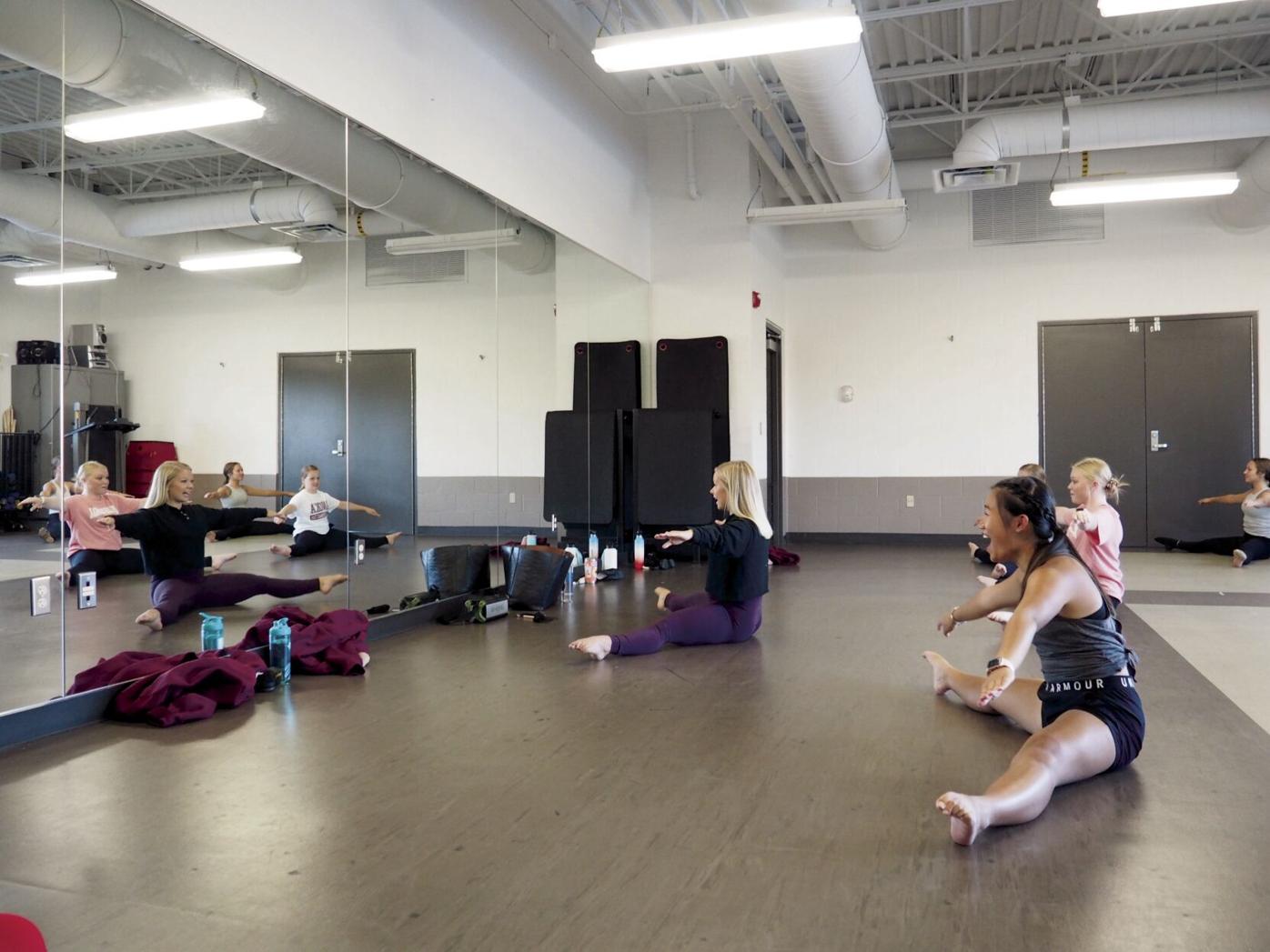 Vision 11 Dance students warm up ahead of a lesson Sept. 18 in the Coon Rapids Ice Center. (Photo by Connor Cummiskey)

Vision 11 Dance students warm up ahead of a lesson Sept. 18 in the Coon Rapids Ice Center. (Photo by Connor Cummiskey)

Owner Megan Heidemann opened the studio with her husband, Andrew, with classes filling up the first week they were offered.

Vision 11 is currently operating out of the Coon Rapids Ice Center, but hopes to find a place soon – preferably in Anoka, Heidemann said.

“Our goal is to be open in our own location by this summer,” Heidemann said.

Heidemann designed her studio around being flexible with students who dance for their high school teams.

Part of that effort is Heidemann’s drop-in classes, where students can register for individual sessions without committing to lessons all season long. The studio also offers three tracks for lessons. One track is to join in the fall and compete all year long. The second track allows students to join in the fall, and take time off during the winter competitive season before rejoining the studio in the spring. The third track encourages students to compete with their high school teams in the fall and winter before joining the studio in the spring for its competitive season, Heidemann said.

“We just wanted to provide more opportunities for kids who are on their high school teams to be able to have a place where they felt like they could balance the workload of high school sports as well as to get the training that a lot of kids are getting at studios,” Heidemann said.

Classes are currently being capped at 12-15 students, depending on the lesson. Students can sign up online for the classes, whether they choose one class a month or one class a year. Classes run about $18 and last for just over an hour, according to Heidemann.

Studios tend to compete in the spring in categories ranging from soloists to large groups with over 10 participants. They include varying styles such as tap dancing or jazz and hip-hop, according to Heidemann.

Heidemann has always wanted to open her own dance studio. She’s worked as a dance instructor for 12 years and has coached at Anoka High School for 10.

Going into her 11th year coaching Heidemann decided this was the year she was going to open her own studio. Eleven is Heidemann’s lucky number, and “vision” is a reference to 20/20 vision, hence the name Vision 11 Dance.

Heidemann grew up as the middle child of three girls who all joined dance. She participated in recreational dancing for about a year before taking the plunge into competitive dancing.

“I just remember loving it when I was a little kid,” Heidemann said.

She competed in dance throughout most of her life, joining her dance team in high school and competing at the college level for the University of Minnesota, Duluth, where she studied education, Heideman said.

After graduating college Heideman jumped into teaching and coaching. She spent a couple years at Champlin Park High School before coaching at Anoka High School, where she has been the head dance coach for seven years.

More information and registration is available at vision11dance.com.