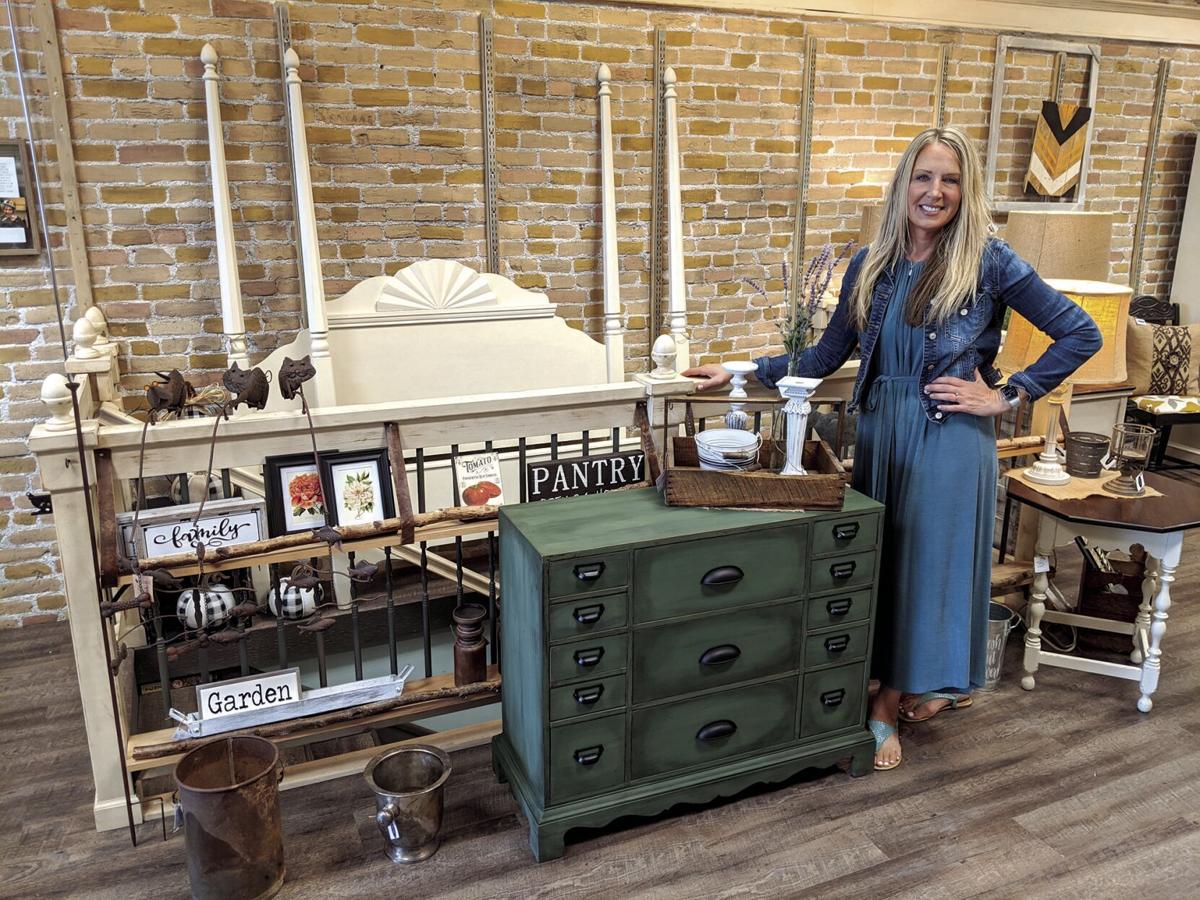 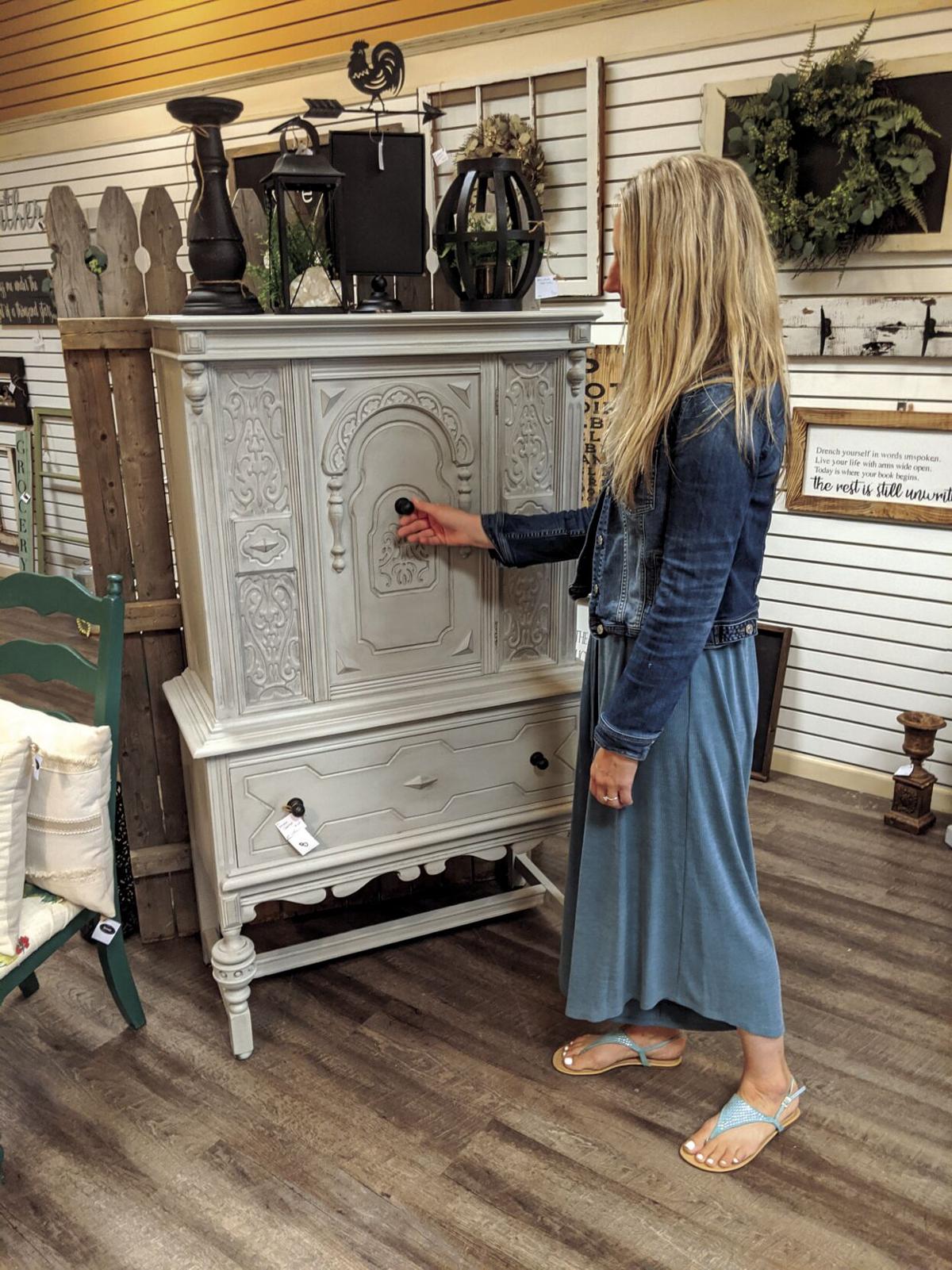 Becky Althoff shows off a piece in Painted, her home decor boutique in downtown Anoka Aug. 10. (Photo by Jonathan Young)

Becky Althoff shows off a piece in Painted, her home decor boutique in downtown Anoka Aug. 10. (Photo by Jonathan Young)

While many independent businesses have struggled to weather the COVID-19 pandemic, a recent addition to downtown Anoka has thrived.

After spending much of her career working for Target, the Ramsey resident left the corporate world and became obsessed with the idea of opening a boutique.

She opened her store in Elk River about two-and-a-half years ago before relocating to Main Street in Anoka.

“We had the opportunity to move into downtown Anoka last September, and we opened up, and it opened up with a bang,” she said. “It was really well received, just a little different than everything else that was down there.”

Painted works with a number of vendors and sells “hand-painted furniture and home decor that is made to last.”

“Our main focus is about old, quality furniture and taking something that has been thrown out or priced really cheap and really restore the life in it,” Althoff said.

“We started selling, and based on our reputation and what people knew about us from shopping with us in the past, people were buying,” she said.

Some customers would drive for hours to pick up their purchases.

“We have had people all over the surrounding Midwest come to our store specifically to pick up the furniture they bought on Facebook,” Althoff said.

When the shop Happenstance closed in June, its space next to Jenson’s Department Store on Main Street became available.

“It was such a great opportunity to be right next to Jenson’s that we could not pass it up,” Althoff said. “I wanted that spot, but I also wanted the other spot.”

So she moved Painted into 110 East Main St. and is turning its previous space at 222 East Main St. into a shop called Swag Etc, slated to open Thursday, Aug. 20.

“It’s going to be a lot of unique gifts that you can’t find anywhere else in downtown Anoka or even surrounding communities,” Althoff said.

She describes the vibe and merchandise as “Anthropology meets general store,” and she said the women who owned Happenstance are part of her team at the new shop.

Launching a new store in the middle of a pandemic does make Althoff a little nervous.

“There’s a part of me that wonders, ‘What’s wrong with my brain?’” she said.

But she believes after her success with Painted, she can make Swag Etc successful, too. And she thinks downtown Anoka as a whole can be successful.

“That experience of walking around downtown Anoka, you get fresh air, you get a whole bunch of different experiences within that larger experience,” she said.

She believes it’s something special.

“I kind of envision downtown Anoka being like the South Minneapolis of the north,” she said. “You don’t find it anywhere else. … That’s what we’re working on in downtown Anoka, and it’s well on its way.”