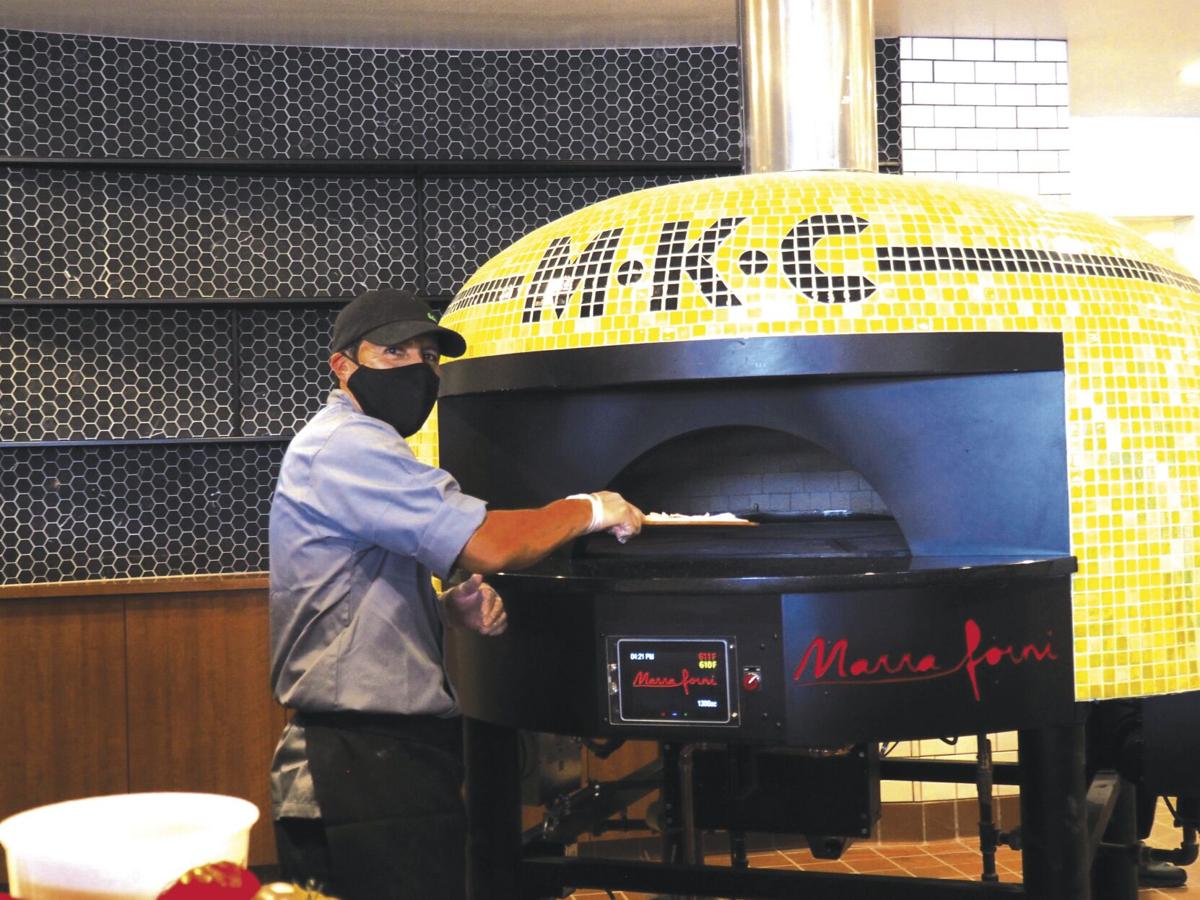 Chef Diego Chalco puts a pizza in the oven at Margie’s Kitchen and Cocktail Sept. 4. (Photo by Connor Cummiskey) 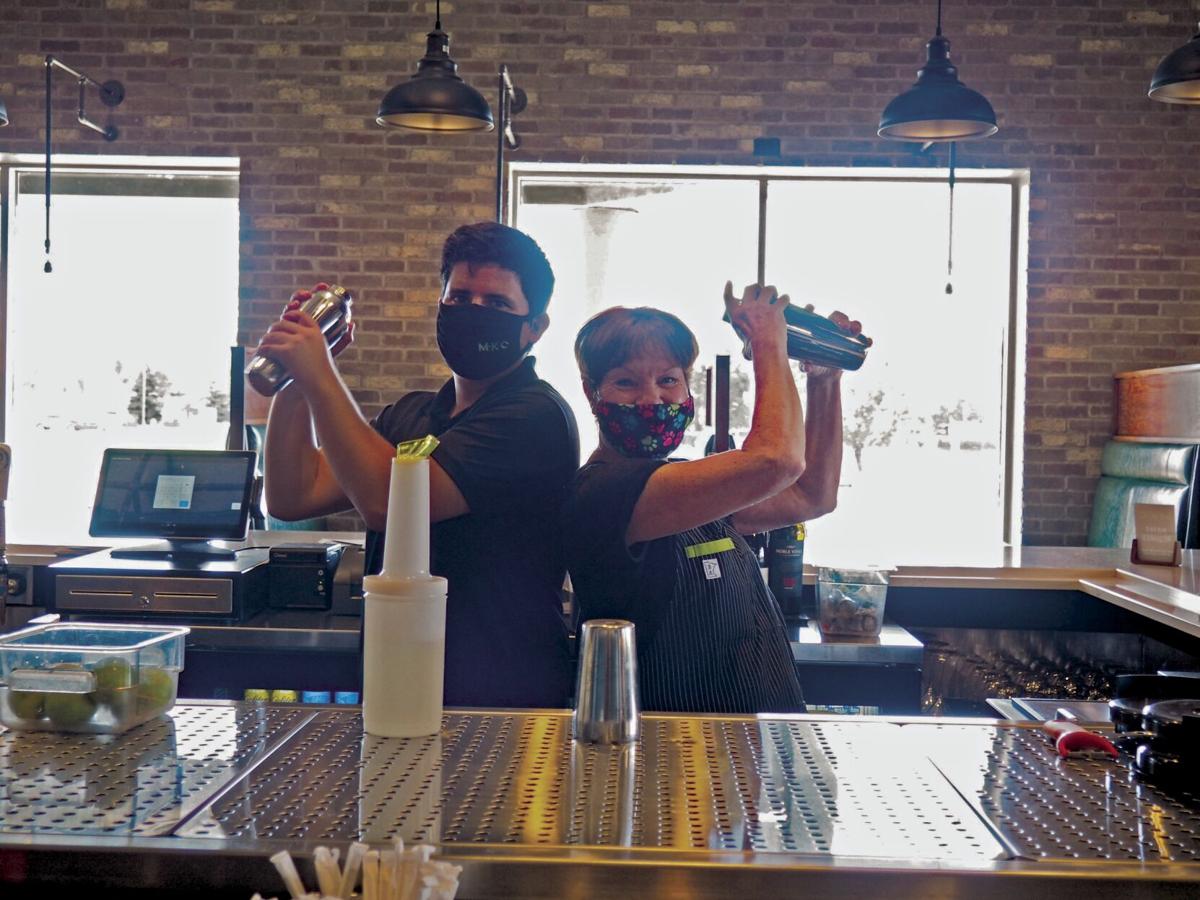 Diego Chalco Jr., left, and Bard Huff stand behind the bar of Margie’s Kitchen and Cocktails in Andover Sept. 4. (Photo by Connor Cummiskey) 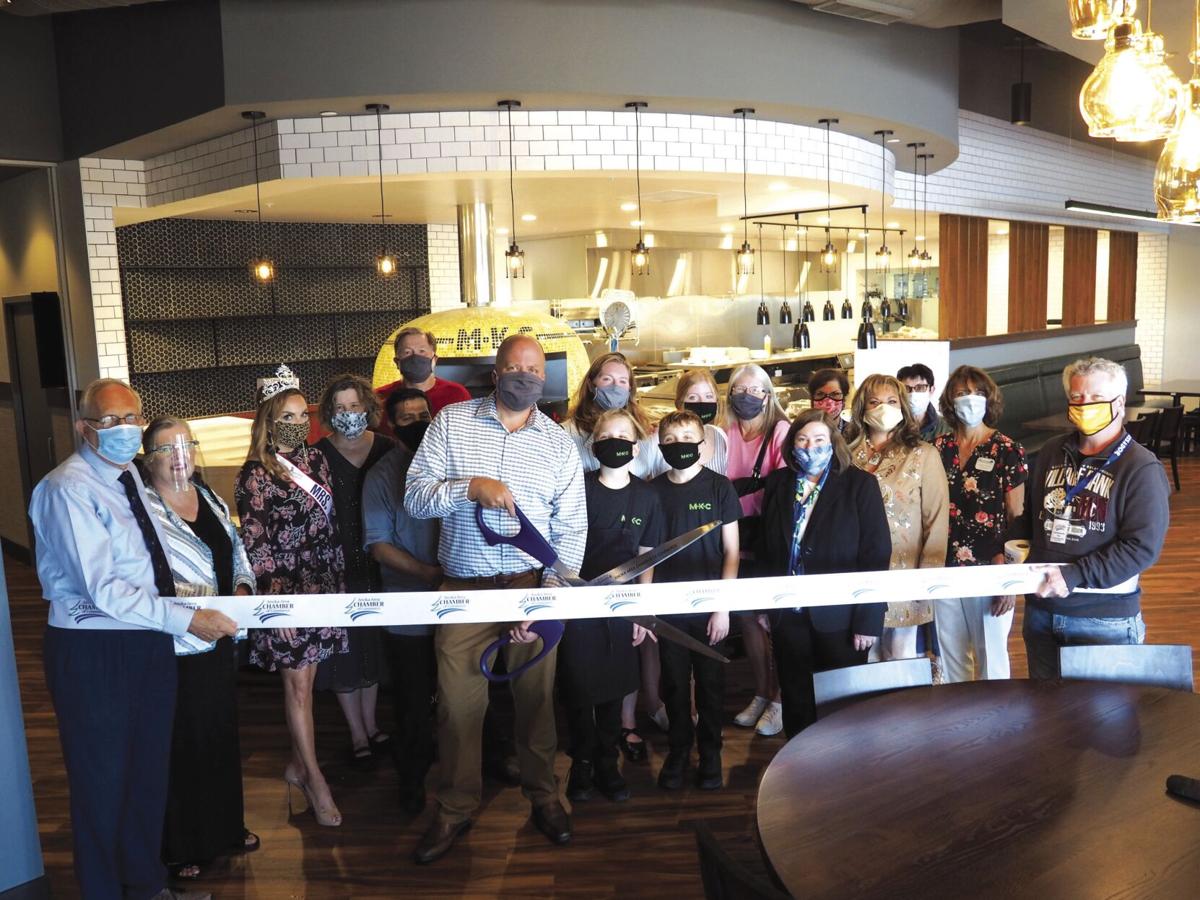 Justin Ahlstrom cuts the ribbon on his new restaurant, Margie’s Kitchen and Cocktails, in Andover Sept. 4. (Photo by Connor Cummiskey)

Chef Diego Chalco puts a pizza in the oven at Margie’s Kitchen and Cocktail Sept. 4. (Photo by Connor Cummiskey)

Diego Chalco Jr., left, and Bard Huff stand behind the bar of Margie’s Kitchen and Cocktails in Andover Sept. 4. (Photo by Connor Cummiskey)

Justin Ahlstrom cuts the ribbon on his new restaurant, Margie’s Kitchen and Cocktails, in Andover Sept. 4. (Photo by Connor Cummiskey)

Margie’s Kitchen and Cocktails cut the ribbon inside the former exercise business at 13735 Round Lake Blvd. Suite 105, Sept. 4.

“I like being able to serve people, and I like being part of people’s special occasions and experiences,” owner Justin Ahlstrom said. “Our goal with Margie’s is to provide great food, but also great experience. It’s really important for us that people feel welcome when they come here.”

Owned by Justin and his wife, Becky, the restaurant began serving food Sept. 2. Justin, Becky and their three kids have lived in Andover since the couple moved there from Minneapolis 13 years ago.

“The first thing we missed was the great food scene,” Justin said.

He said he’s had the idea for Margie’s for years and originally planned to wait until his kids had grown up to open the restaurant. It is named after Justin’s 92-year-old grandmother who ran a small-town cafe for 38 years, Justin said.

“She was a pillar in her community, and we hope we can do the same thing here in Andover,” Justin said.

Ahlstrom looked at several locations, but kept being drawn back to the current location due to the busy intersection and accessibility — plus it’s close to home, he said.

Margie’s serves a variety of food, from burgers to pizza. Justin described it as “an American restaurant with great pizza.”

“We’re really dedicated to having a scratch kitchen, so we make everything in house,” Justin said.

Currently the majority of patrons should reserve a table ahead of time, though Margie’s does reserve a portion of its space to walk-in customers, Ahlstrom said.

Justin grew up working in restaurants. He started washing dishes when he was 14 years old. From there he moved up to line cook, server and bartender, and he managed a restaurant after college, he said.

“I’m just so excited to have us welcome a restaurant,” Mayor Julie Trude said. “That’s the number one thing I hear from people is ‘We need more restaurants.’ So I hope they patronize you well.”

More information can be found at the restaurant’s Facebook page or by going to margies-kitchen.com.