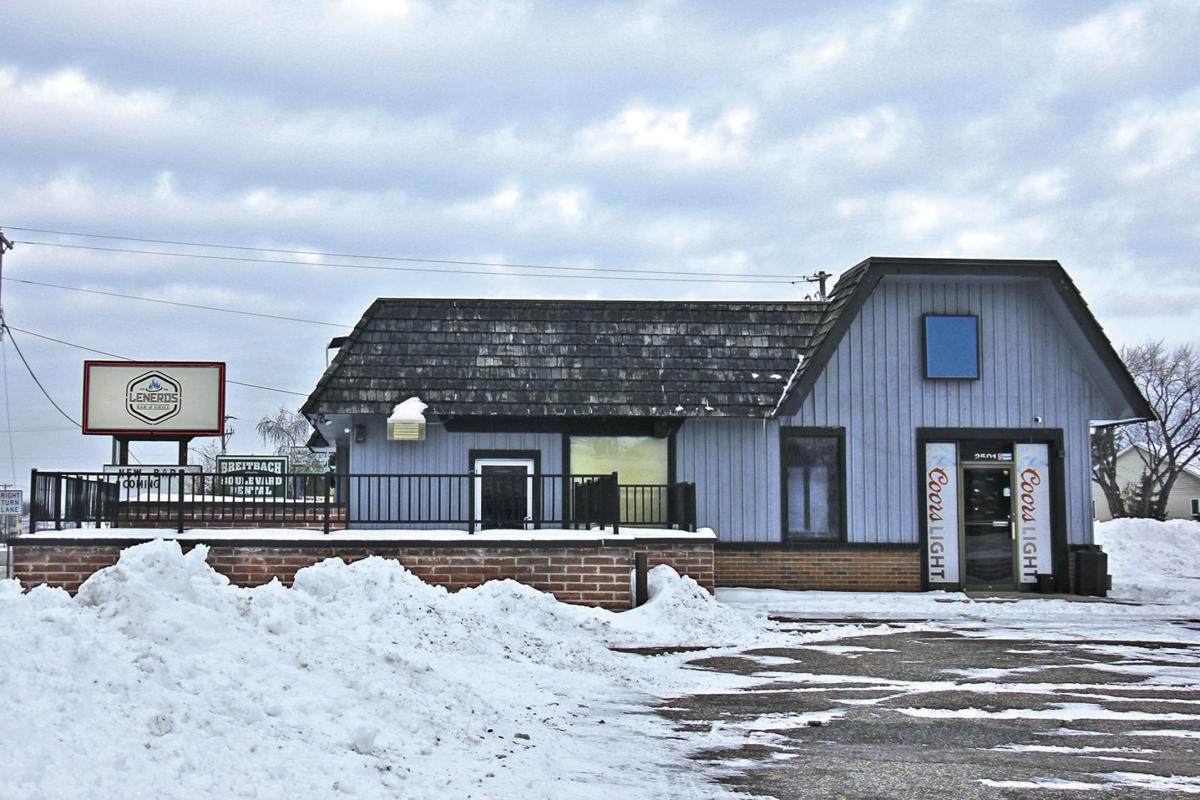 Leonard Morris replaced the old Willy’s sign with a new one in November. (Photo by Emilee Wentland) 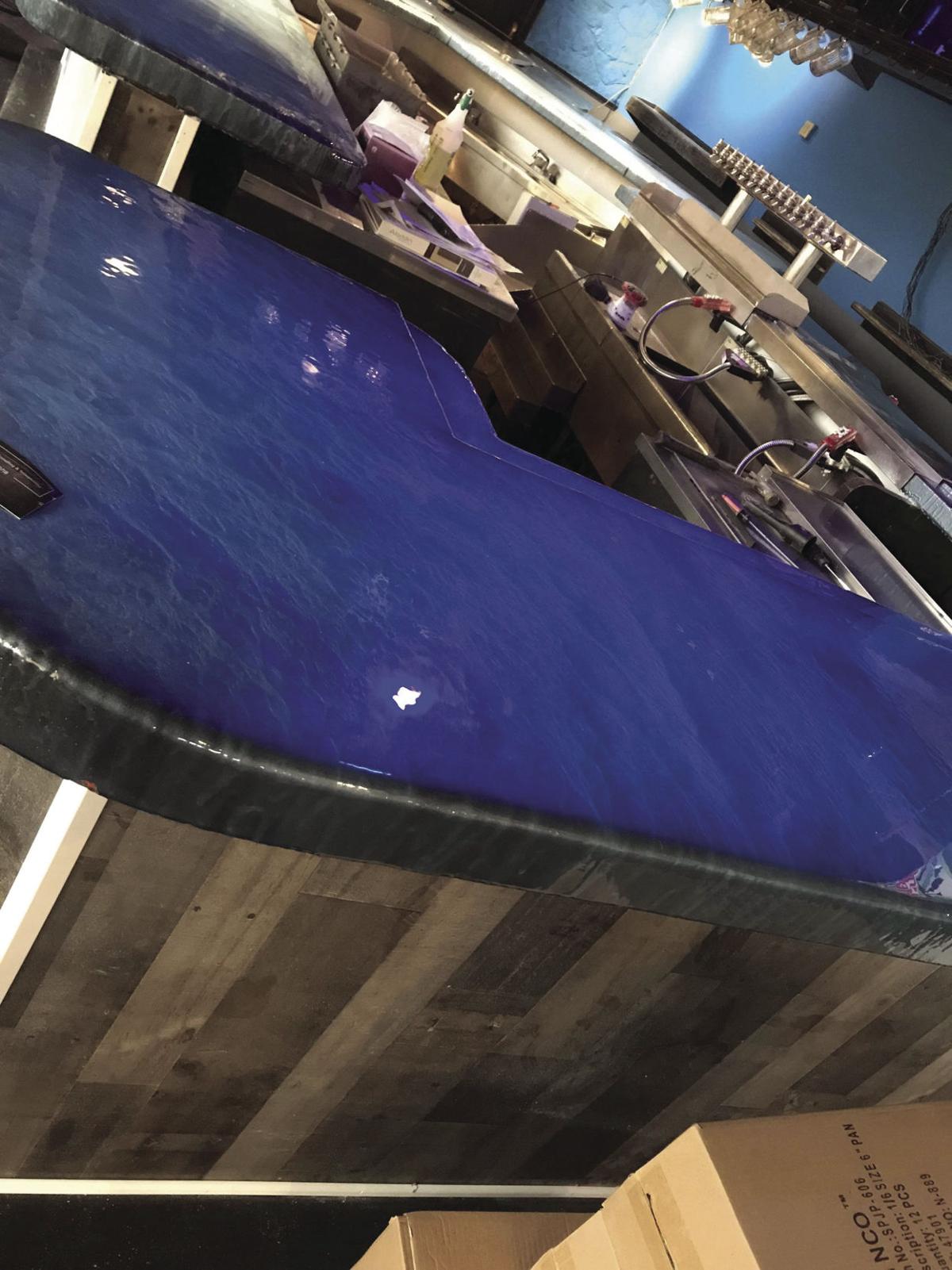 Lenerds’ bar countertop was made to look like patrons are drinking off the ocean, Morris said. (Contributed photo)

Leonard Morris replaced the old Willy’s sign with a new one in November. (Photo by Emilee Wentland)

Lenerds’ bar countertop was made to look like patrons are drinking off the ocean, Morris said. (Contributed photo)

Driving past the corner of Coon Rapids Boulevard and Xavis Street, Coon Rapids residents are probably used to seeing a big cartoonish face on a sign that reads “Willy’s Bar & Grill.”

Or they were until a new owner put up a subtler replacement in November. Now, the sign reads “Lenerds Bar & Grill.”

Morris said the sign wasn’t the only thing that needed a revamp.

Cinderella, in this case, was the remains of Willy’s, which closed toward the end of 2017, and her “story” is the makeover Morris has spent the better part of this year conducting.

Willy’s townie bar vibes have transformed been into what Morris described as a “staycation” atmosphere, topped off with an ocean blue counter at the bar.

“I’m definitely trying to brighten it up a bit,” Morris said.

Now those entering the doors of 2501 Coon Rapids Blvd. will be created with Caribbean vibes and decor to further emphasize the “staycation” theme, Morris said.

After talking with area businesses, Morris said they wanted something refreshing to the city.

“You can go to any bar and get a cheeseburger,” Morris said. “The key is to make a cheeseburger better than the next guy next door.”

On top of a complete physical makeover, Morris said he’s been focusing a lot on the bar’s menu, too.

A bar isn’t a bar without alcohol, and Morris is working on drinks and happy hour options for customers.

“We’re going to have an amazing cocktail list,” Morris said.

Lenerds is set to be a family-friendly joint, but Morris said he wants to make it the place to go for 20- to 30-somethings in the area. Coon Rapids doesn’t have a lot of spaces for younger crowds, Morris said, and he expects Lenerds to become that place.

The bar has gained publicity on social media, after months of the marquee reading “New bar coming.” The bar’s Facebook page has garnered over 1,000 “likes,” and several comments saying the same thing: Residents are excited.

Morris spent years as a recording artist under the name Lenerd and has a following in Coon Rapids, he said. Opening a bar is a new challenge for him.

“I definitely picked the right place to have fun with,” Morris said.

Morris took measures to ensure the bar is safe and secure for its patrons. Regular bar events that took place at Willy’s — like comedy night, poker night and $1 beer nights — won’t occur at Lenerds, Morris said.

On July 2, 2015, there was a shooting in the parking lot of Willy’s. The shooting took place on a Wednesday — the bar’s designated poker night — after there was a dispute over the game.

Rayontra Raydell McCall, 29, of Fridley, was shot twice and killed that night by Chad Nicholas Nelson, now 48, of Ramsey, who was charged and convicted of second-degree murder.

“This was a tragedy that could have easily been avoided,” Anoka County Attorney Tony Palumbo told ABC Newspapers at the time.

Nelson was ultimately sentenced to 12 and a half years in jail.

About two and a half years after the shooting and about six months after the sentencing, owner Bill Hodge closed Willy’s Bar’s doors for good.

Lenerds will have security when it’s open to prevent incidents such as that from happening again, Morris said.

“Once we open, I think everyone will be pleasantly surprised by everything we were able to do,” Morris said. “We’re just going to have fun and see what happens.”