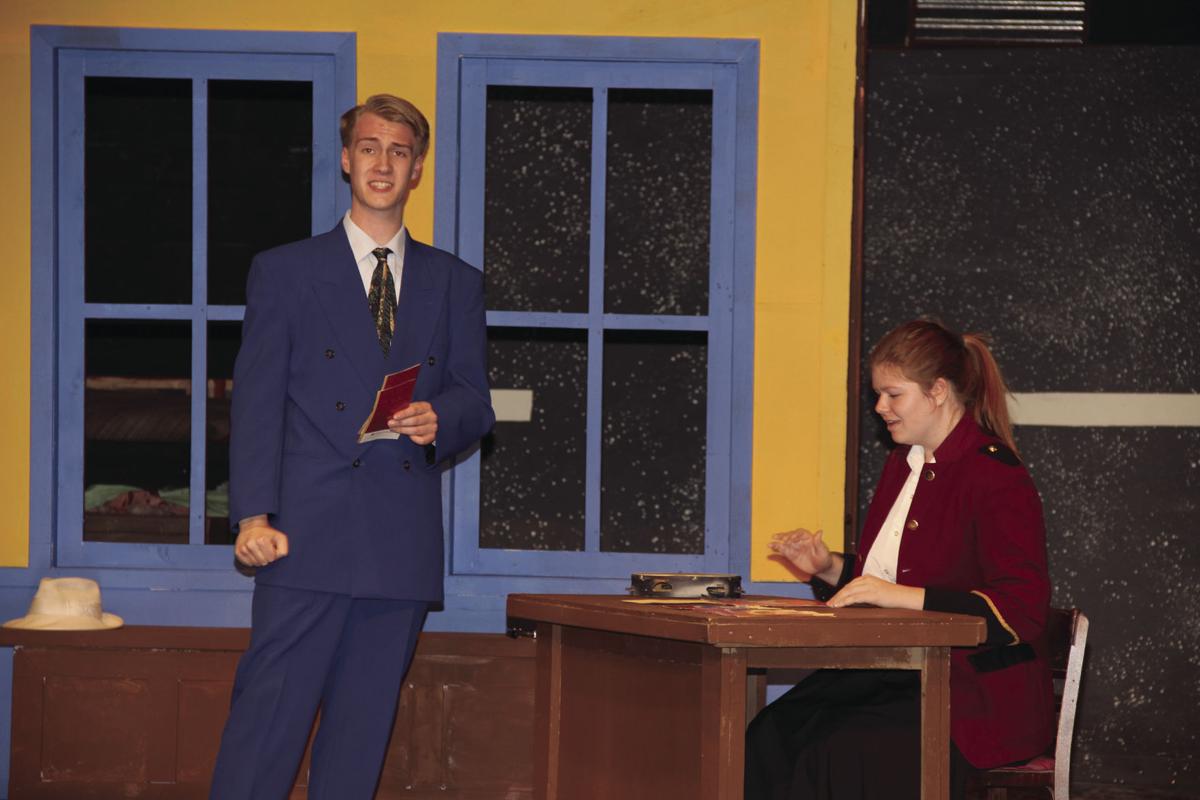 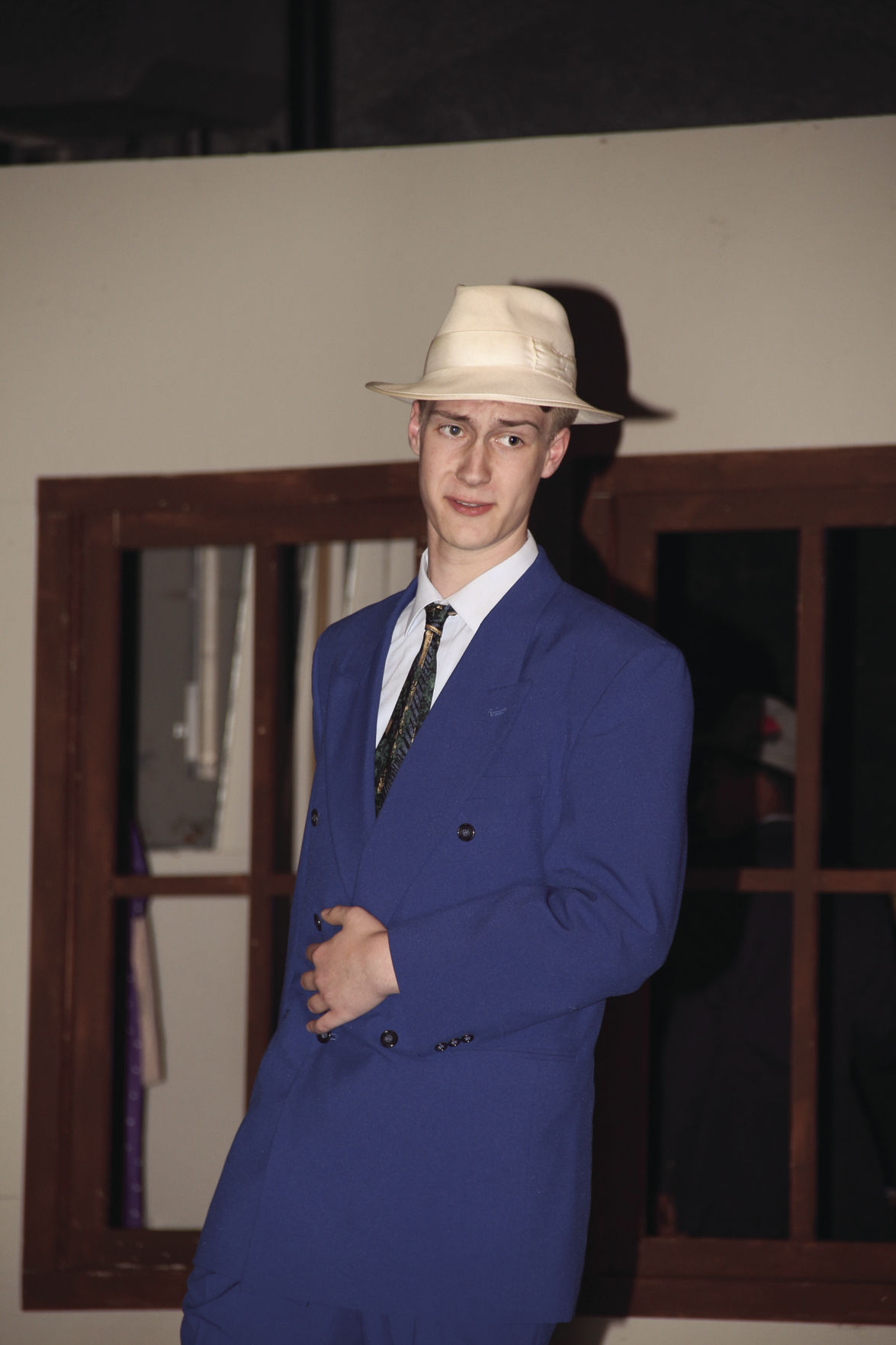 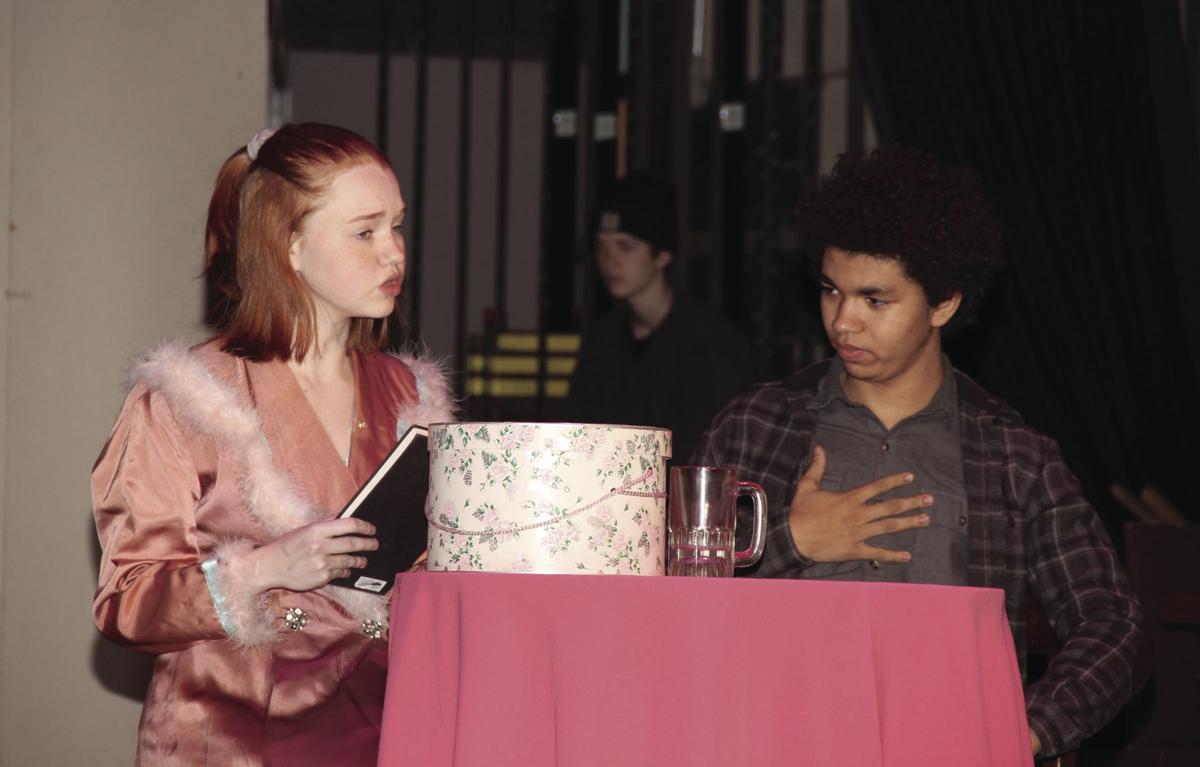 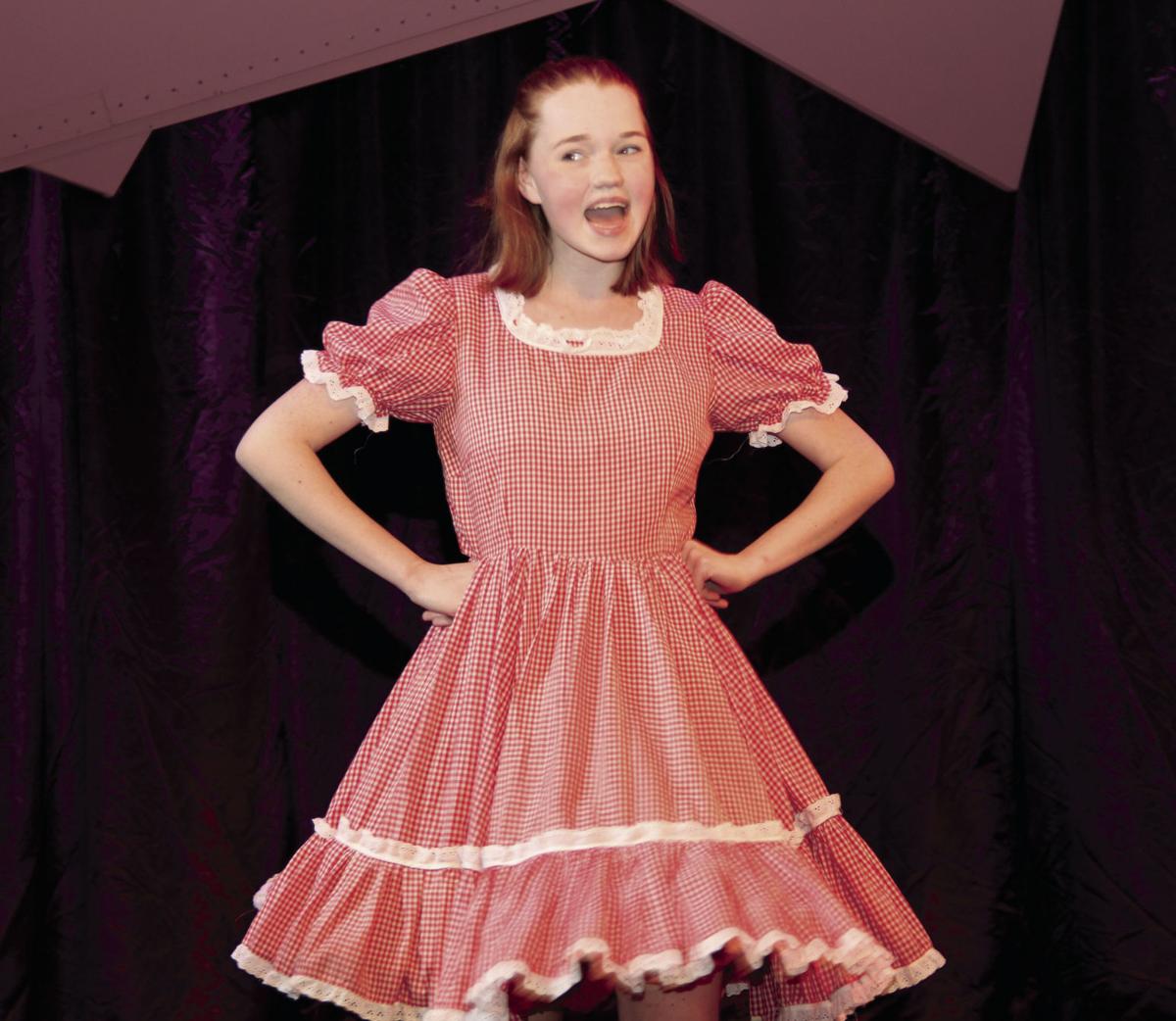 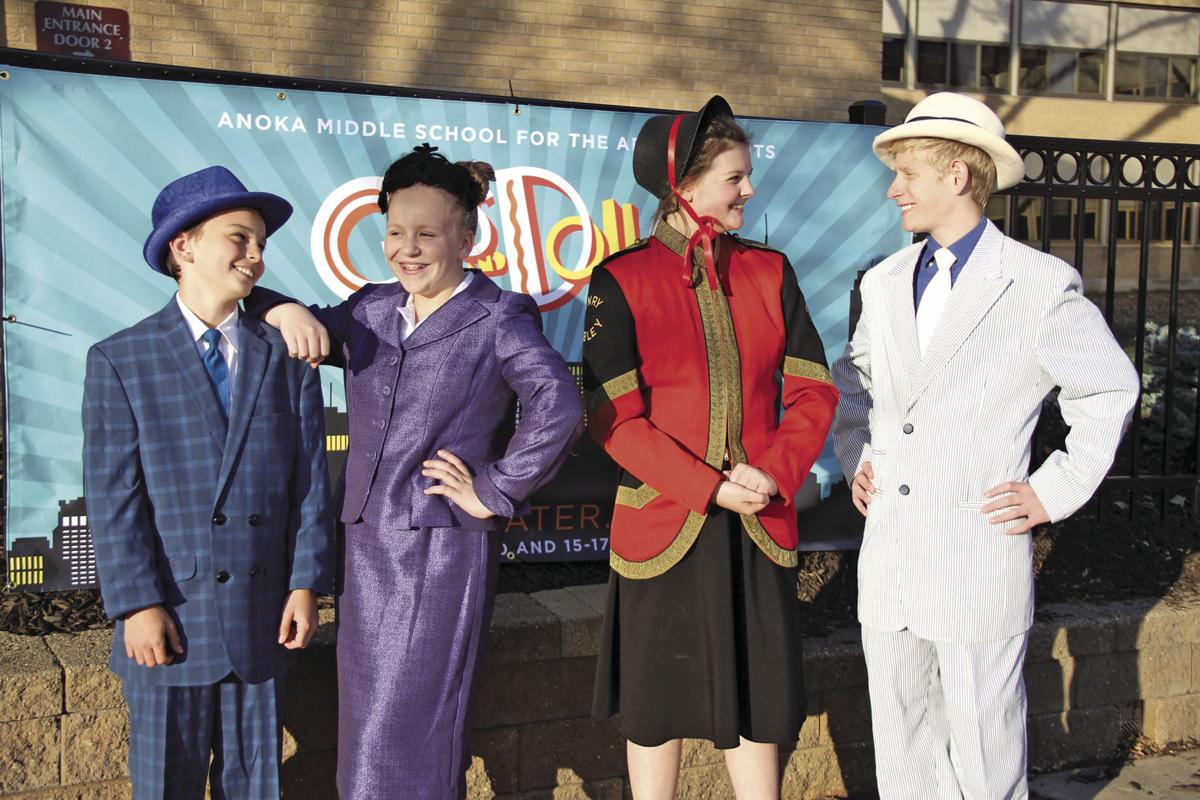 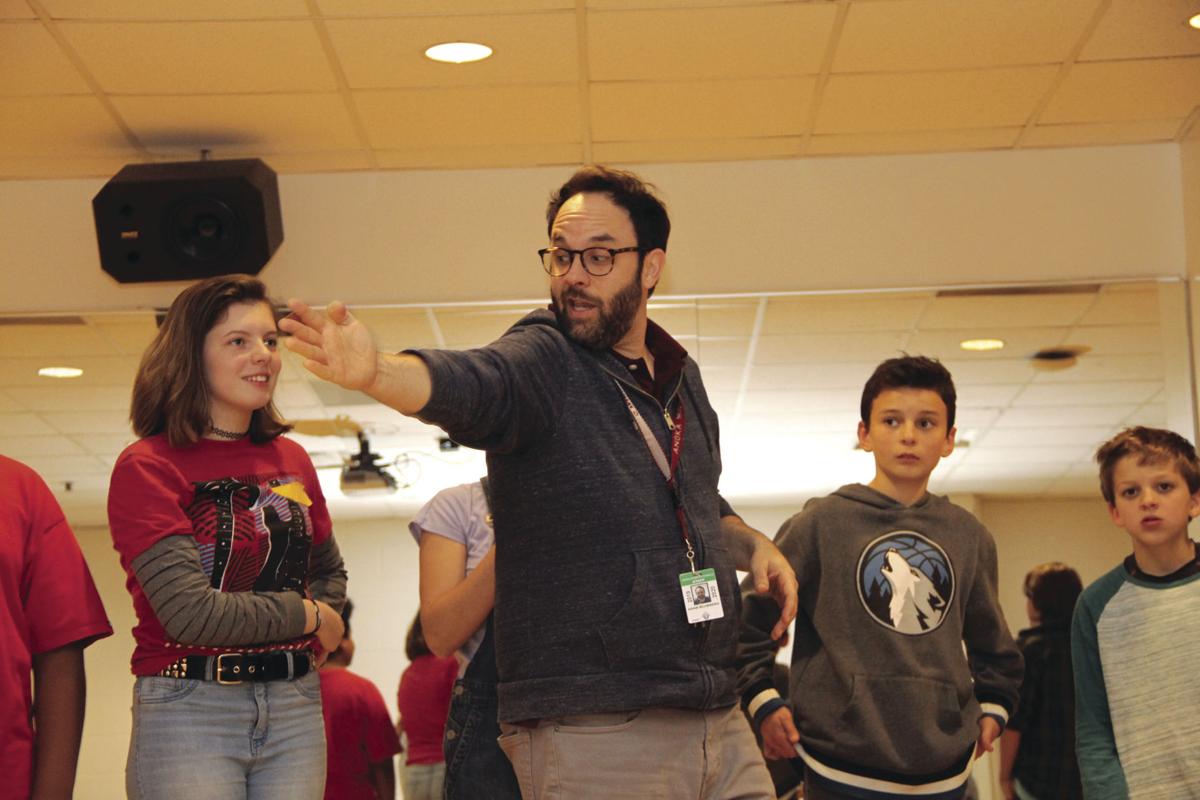 This month, Anoka County will get to see what a “bushel and a peck” of students from Anoka Middle School for the Arts and Fridley High School can do in their own productions of “Guys and Dolls.”

The classic 1950 Broadway musical by Jo Swerling and Abe Burrows is based on the 1933 short story “The Idyll of Miss Sarah Brown” by Damon Runyon.

The musical follows Salvation Army crusaders and high rollers from the streets of Times Square to Havana and back again.

Nathan Detroit, who is permanently engaged to showgirl Miss Adelaide, will be forced to fold Detroit’s Oldest Established Permanent Floating Crap Game unless he wins a bet from slick high roller Sky Masterson.

When Sky gambles that he can woo any “doll,” Nathan counters that Sky will not be able to convince an upright but uptight missionary named Sarah Brown to go to Havana with him.

Sarah finds the rakish Sky very resistible at first, but eventually both Sky and Sarah teach each other a lesson on winning.

The musical, music and lyrics by Frank Loesser, features classic songs such as “A Bushel and a Peck,” “Sit Down, You’re Rockin’ the Boat,” “Luck Be a Lady,” “If I Were a Bell” and “Adelaide’s Lament.”

Students from Anoka Middle School for the Arts will present “Guys and Dolls Jr.” Nov. 8-17.

This is director Adam Blumberg’s first show at Anoka Middle School for the Arts as the new theater director. He recently moved to Minnesota from California with his family to be closer to his wife’s family.

Blumberg previously worked as a studio executive on television shows such as “Hell on Wheels,” “Hung,” “Rookie Blue,” and more.

“I chose this musical because I wanted to do a show that has been beloved by audiences for almost 70 years,” Blumberg said. “I wanted to choose a show that I knew and the school has never done before. When I saw Anoka Middle School for the Arts hadn’t done ‘Guys and Dolls’ before I was delighted to help bring it to the stage.”

A cast and crew of over 50 students are putting on Anoka Middle School for the Arts’ production.

“These kids bring an incredible amount of professionalism to the table,” Blumberg said. “Being new I wasn’t sure what to expect, but they have professionals all the way, and I think that is a testament to Anoka Middle School for the Arts that really puts arts first.”

This is eighth-grader Heady McAllister’s (Sarah Brown) first starring role at the school.

“This is a very different role than what I have ever played,” she said. “I’ve really got to develop this wonderful character in this fun musical. It has been a challenge, but it has been a lot of fun.”

Eighth-grader Malachi Leake said he was previously type casted as comedic characters, and he has enjoyed taking on the more charming and laidback character of Sky Masterson.

“It has been so strange playing a character I’m not typically used to, but it has so much fun,” he said.

Tickets cost $10 for adults, $5 for students under 18 and may be purchased at amsatheater.org.

“‘Guys and Dolls’ is a wonderful musical that examines men and women and their relationships,” said director Tom Larson. “People love to see a tale showing the joys and struggles of how people come together. I think that’s why it’s still a classic.”

Larson chose “Guys and Dolls” because he wanted to produce a classic Broadway musical and there were a number of guys who wanted to be involved. Ultimately the show has over 70 cast and crewmembers.

When Fridley High School announced it would perform “Guys and Dolls,” junior Cassady Callahan said she actively sought the role Sarah Brown after falling in love with the show when she saw it at the Guthrie Theater over the summer.

“I’ve wanted this part so bad, so I’m so excited to be able to have the opportunity to bring her to life,” Callahan said. “I love Sarah’s integrity and how she fights for what she believes in. I think she’s such a great character.”

Callahan describes “Guys and Dolls” as a love story among mismatched people.

“This is a story about true love and how it can come from surprising places,” she said. “You normally wouldn’t expect for a guy like Sky to fall for a girl like Sarah and vice versa, so I think it shows that you can’t judge someone right away.”

This is sophomore Ryken Farr’s (Sky Masterson) first starring role at the high school. He said he was attracted to the role of Sky Masterson because of his interest in the 1930s.

“I love this whole show and the time period it takes place,” Farr said. “Sky Masterson is such a jerk throughout the entire show, but it’s kind of fun seeing the jerk fall in love and become the protagonist in a way. It’s an interesting spin on it. He’s so much fun to play.”

“‘Guys and Dolls’ is a classic musical that has been called the ‘Fable of Broadway,’” Farr continued. “Many older people in my family know this show and are familiar with it because they saw it back in the day. I encourage people to come check out our show because it’s fun to see high school students take it on and become familiar with this wonderful musical.”

Reserved tickets are $10 for adults and $5 for seniors and students and can be purchased at fridleydrama.org or calling 763-502-5730. Fridley High School students will also be offered general admission tickets with identification at the door for $2.