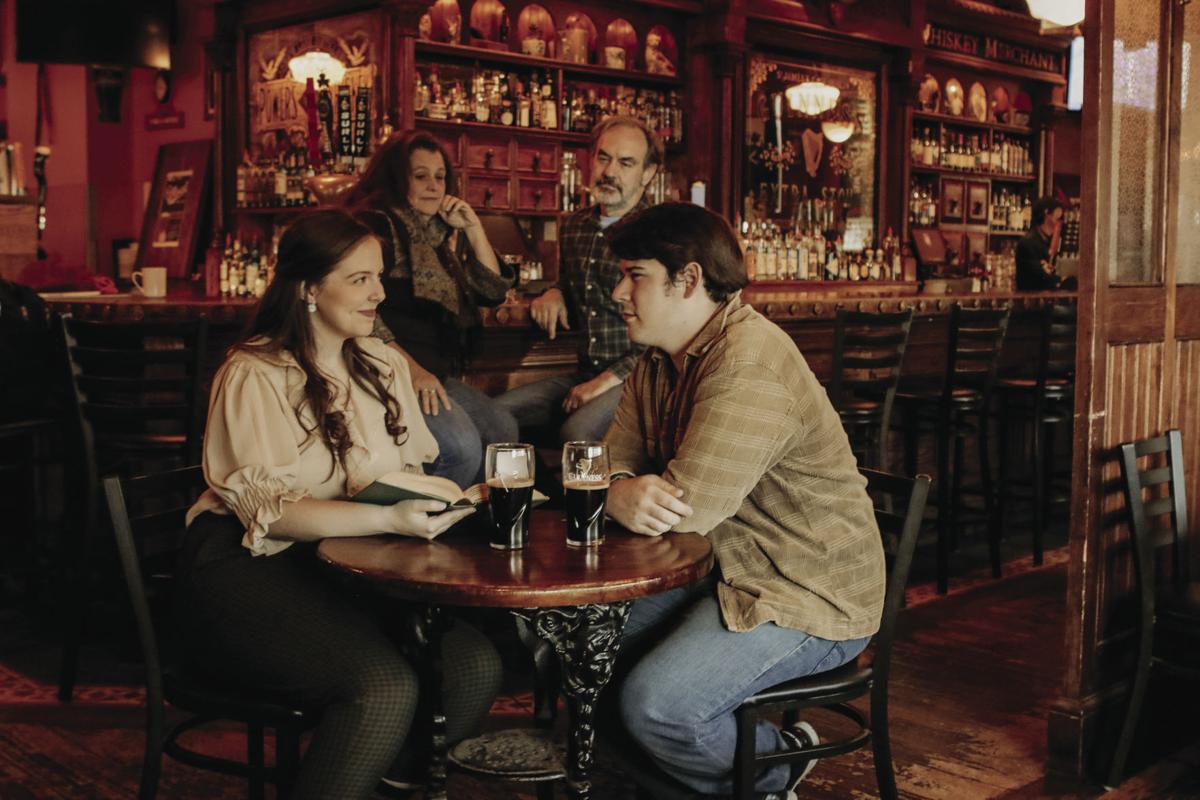 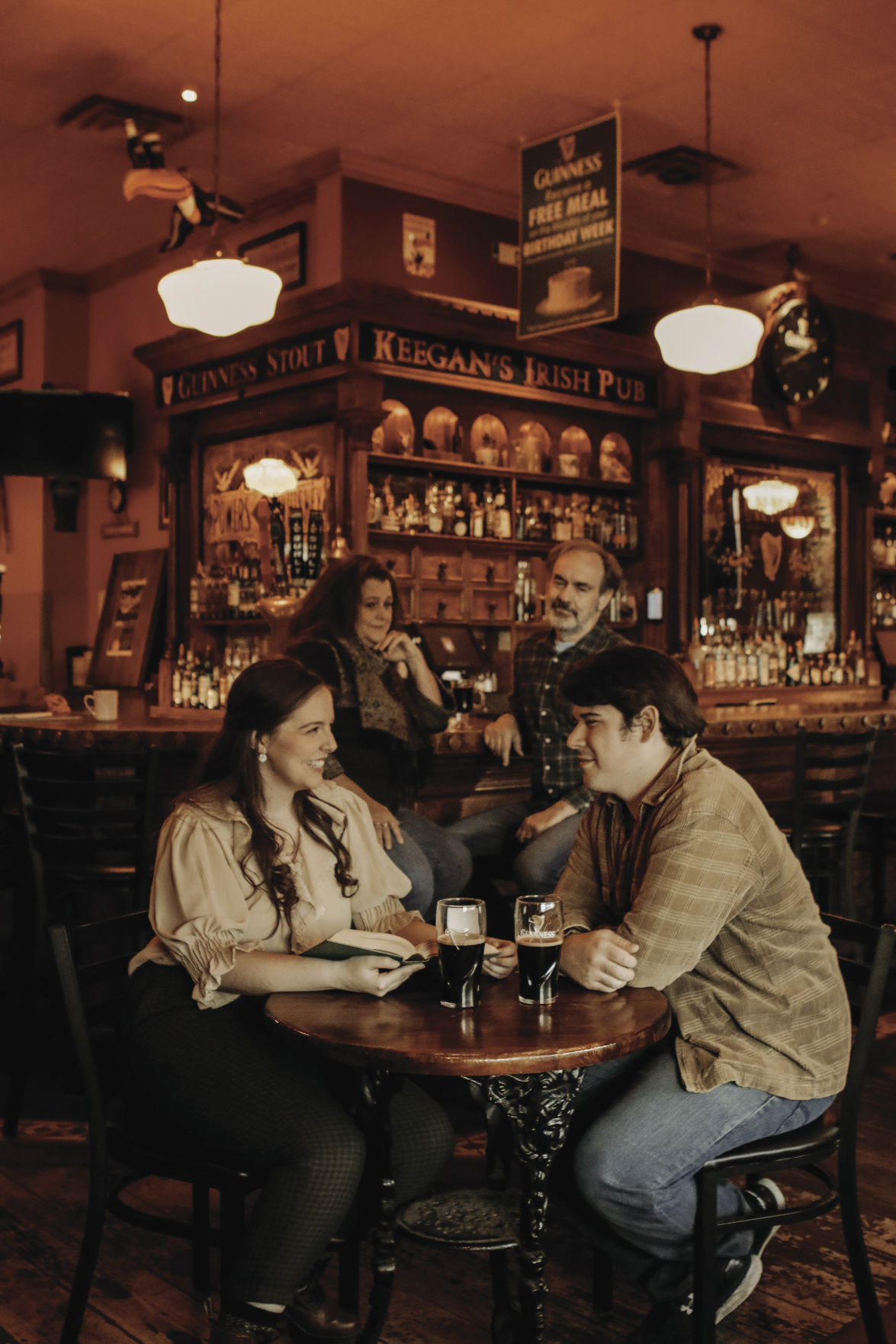 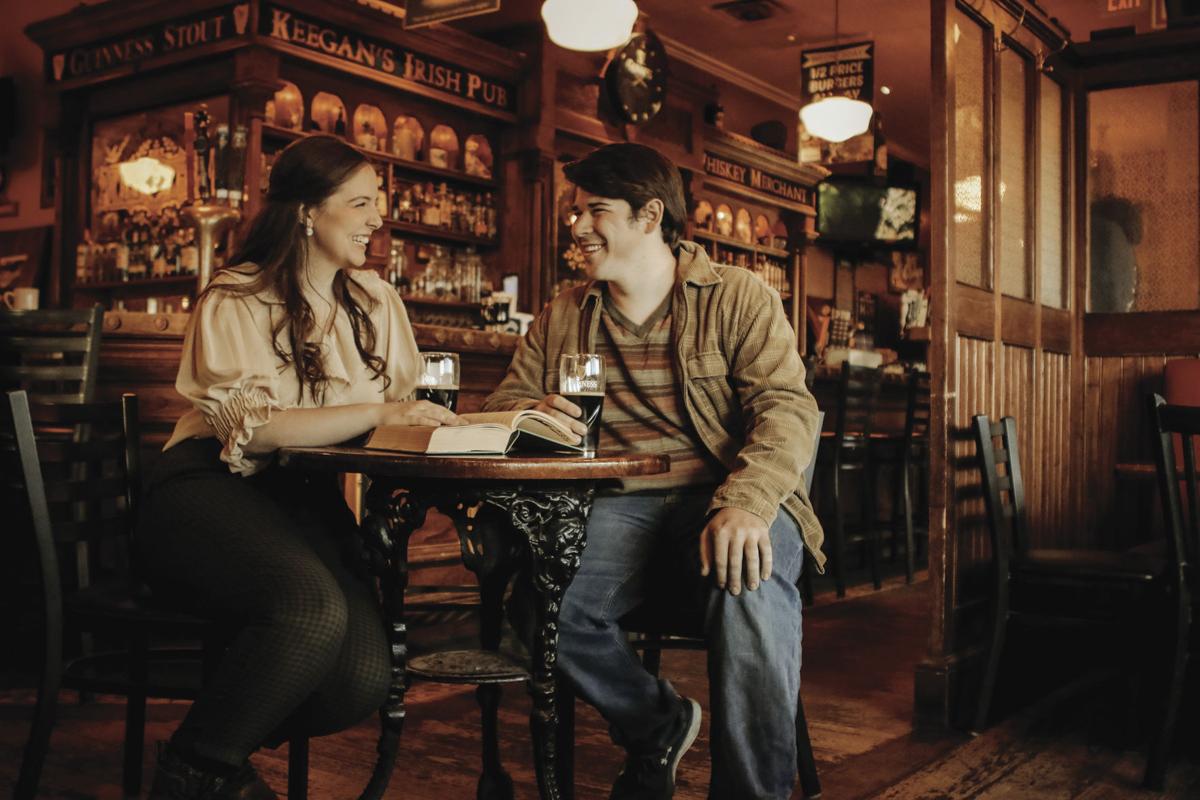 Get swept off to Ireland in the Lyric Arts Company’s production of the time-traveling love story “Bloomsday,” which runs Jan. 10-26.

Dancing backward through time, “Bloomsday” takes place over the course of a single day as the older couple in 2020 retraces their steps to discover their younger selves in 1985.

Through young Robbie (Brandon Homan) and Caithleen (Gillian Constable), they relive the unlikely, inevitable events which brought them briefly together.

“My goal is for the audience to be swept up in the enthusiasm of young love, as well as appreciate the wisdom and perspective that comes with age,” said director Elena Gianetti. “‘Bloomsday’ gives the audience the opportunity to experience the bittersweet compassion that comes with looking back at the past, to recognize how it has influenced the present and leave them wondering what different actions could have led to different outcomes.”

The Irish-centric love story blends wit, humor and heartache into a buoyant, moving appeal for making the most of the present before it is past.

“During the first reading of this play everyone said they were overwhelmed with emotion, and I did too,” said Gillian Constable (Caithleen). “I started crying.”

In the play the older cast from 2020 meets the younger versions of themselves in 1985, placing themselves in their own past memories. Constable said she enjoys how the play examines the relationship dynamics between the couple at two different time periods.

“It’s a bit of what’s called a memory play in that the storytelling harkens back to another time, but it’s done in a really magical way,” Gianetti added.

Lolly Foy (Cait) said she immediately knew she wanted to be a part of “Bloomsday” after reading it last spring. Foy is a fan of Irish playwrights and already knew how to do an Irish dialect. She felt Dietz captured the same spirit as the works of many native Irish playwrights.

“I felt in love with this story immediately,” Foy said. “The story is so beautiful and wise I think in many ways, and I found it very moving ... I was very moved by the poignancy of the story, the redemptive element and the idea that nothing is permanent.”

Constable and Foy (Caithleen) and Goodson and Homan (Robert) have been working extensively to develop similar dialects, mannerisms and personalities between the older and younger versions of the characters. In addition, they’ve been working as a group to develop the couple of Caithleen and Robert.

Gianetti said audiences will relate to the idea of a long-lost love and the thought of what could’ve been.

“A lot of us, of a certain age, will remember that romance when you were young and the world was your oyster,” she said. “I think there is a sense that we’ll all remember that blush of a new romance and be able to enjoy that, as well as that bittersweet feeling of looking back and seeing where you’ve come to ... You start asking yourself, ‘If I had that second chance, what would i do?’”

Gianetti said scenic designer Brian J. Proball has created a simplistic set that mimics the partial memories people have of the past.

“The scenery is not fully imagined, but we have the sense that it’s a building for the pub in the play, or the restaurant,” she said. “It’s the outlines of the buildings and places, much like how we remember it in our memory. The memories are slightly faded, and we remember bits and pieces of it.”

Rating: Recommended for audiences 14 and up.