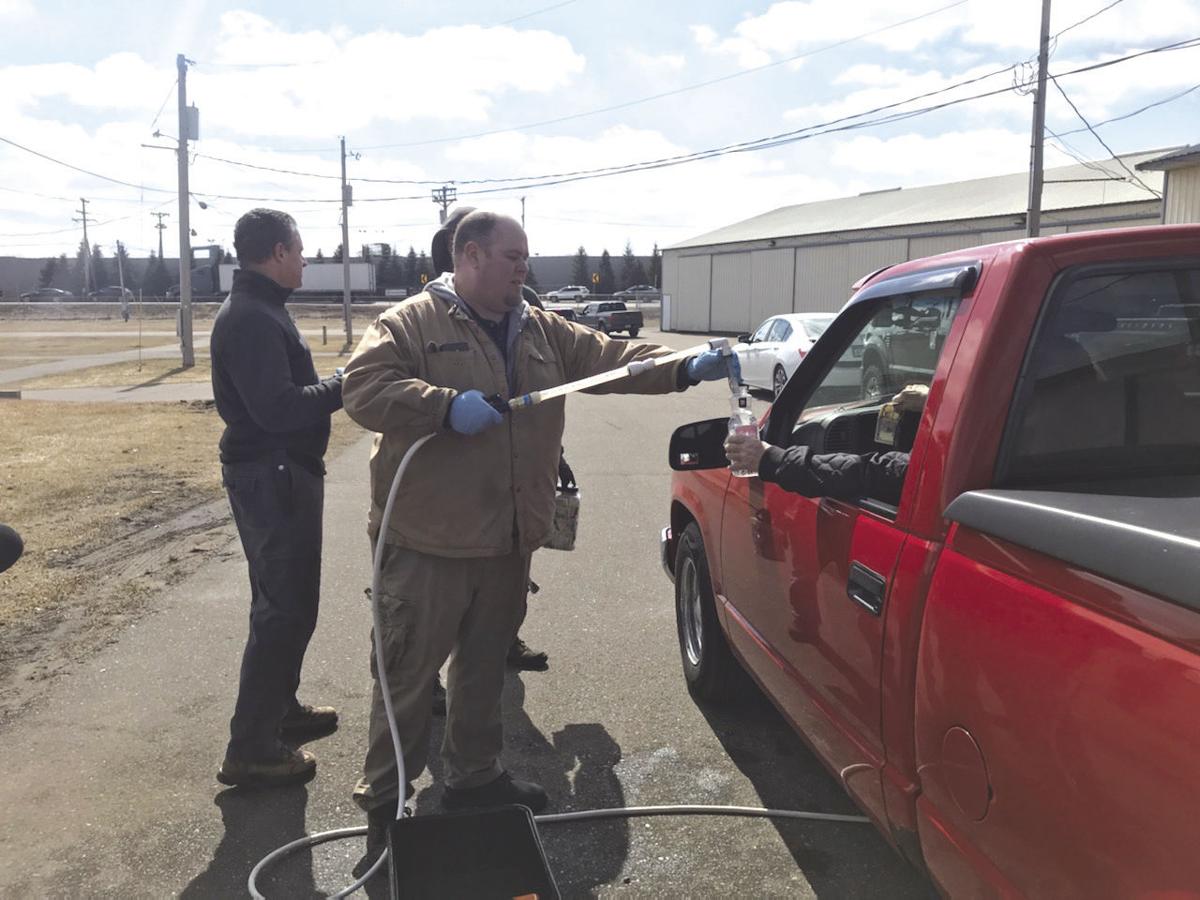 Volunteers pour hand sanitizer into containers brought by people coming to receive the product at the Anoka County Fairgrounds March 22 and 23. (Photo submitted) 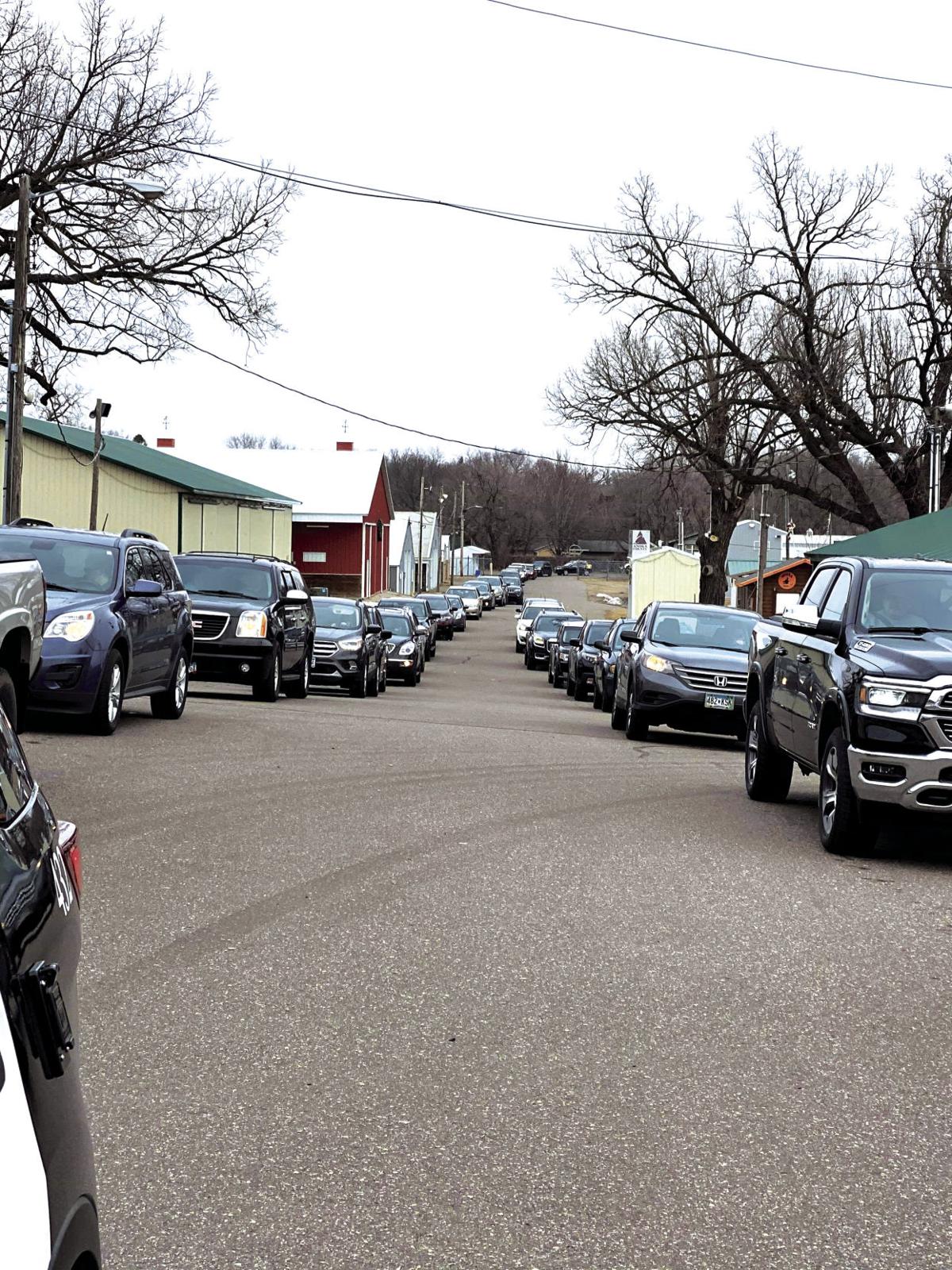 Vehicles line up at the Anoka County Fairgrounds March 22 and 23 to get free hand sanitizer. (Photo submitted) 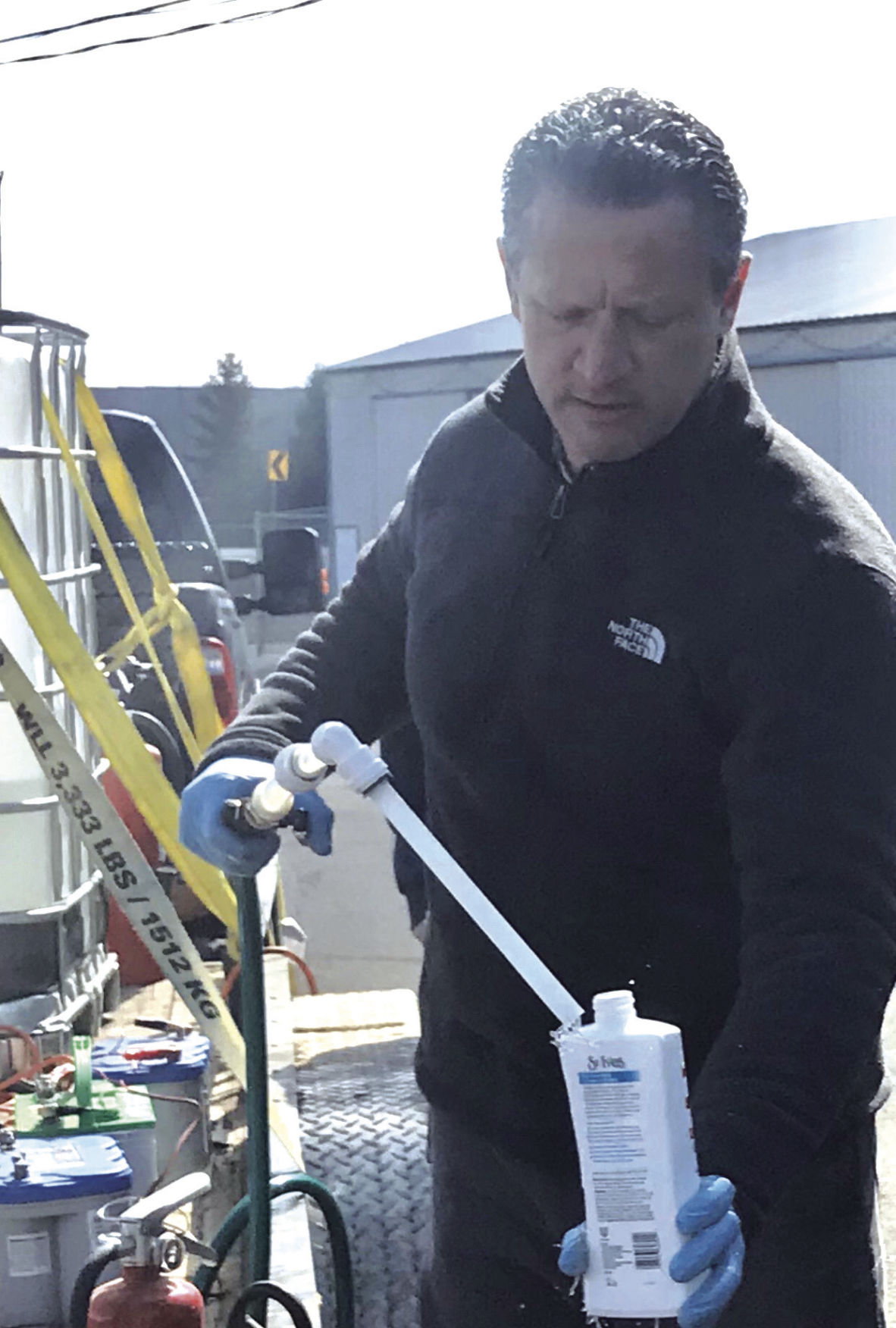 Volunteers pour hand sanitizer into containers brought by people coming to receive the product at the Anoka County Fairgrounds March 22 and 23. (Photo submitted)

Vehicles line up at the Anoka County Fairgrounds March 22 and 23 to get free hand sanitizer. (Photo submitted)

Ramsey-based Baker White Inc., which manufactures e-liquid for vaporizers, took the initiative to try filling the need for hand sanitizer during the COVID-19 outbreak.

Owner Dan Baker decided his company could help meet the demand after hearing about coronavirus fears on the news and worries over preparation from his daughter, a nurse.

“I just thought this is one thing that we can do,” Baker said.

Look also sought ethanol, but found much of it is being sold to Canada, he said.

“My disappointment is that these ethanol plants, they’re getting tax benefits for operating in the state of Minnesota and then in a time of need they sell their product to a different country,” Look said.

However, Look was able to get his hands on enough alcohol to help distribute over 400 gallons of hand sanitizer.

Although Baker wasn’t looking for donations, people in line began insisting on giving money to volunteers distributing the sanitizer. They raised an estimated $3,800, according to Baker, and the money is expected either to fund another distribution or go to a local charity, Baker said.

Hand sanitizer is in high demand as a hand-cleaning tool to fight the spread of COVID-19.

“In the war against the virus, it’s one more step taken to try and better your odds,” Look said.

Look expects the supply chain for hand sanitizer to eventually restock shelves, but with a nationwide shortage it could take months.

When Baker started asking around, he learned part of the problem was how sanitizer is delivered.

“A lot of the hold up in the supply chain is about packaging and some other things unrelated to the raw material,” Baker said.

He figured since Minnesota produces so much ethanol, he could get his hands on some and deliver it directly to people, Baker said.

Minnesota is the fourth-largest producer of ethanol in the United States with almost 20 plants producing approximately 1.3 billion gallons annually, according to the Minnesota Bio-Fuels Association.

Baker said he would be willing to keep distributing the hand sanitizer but would prefer a city or the county arrange the logistics.