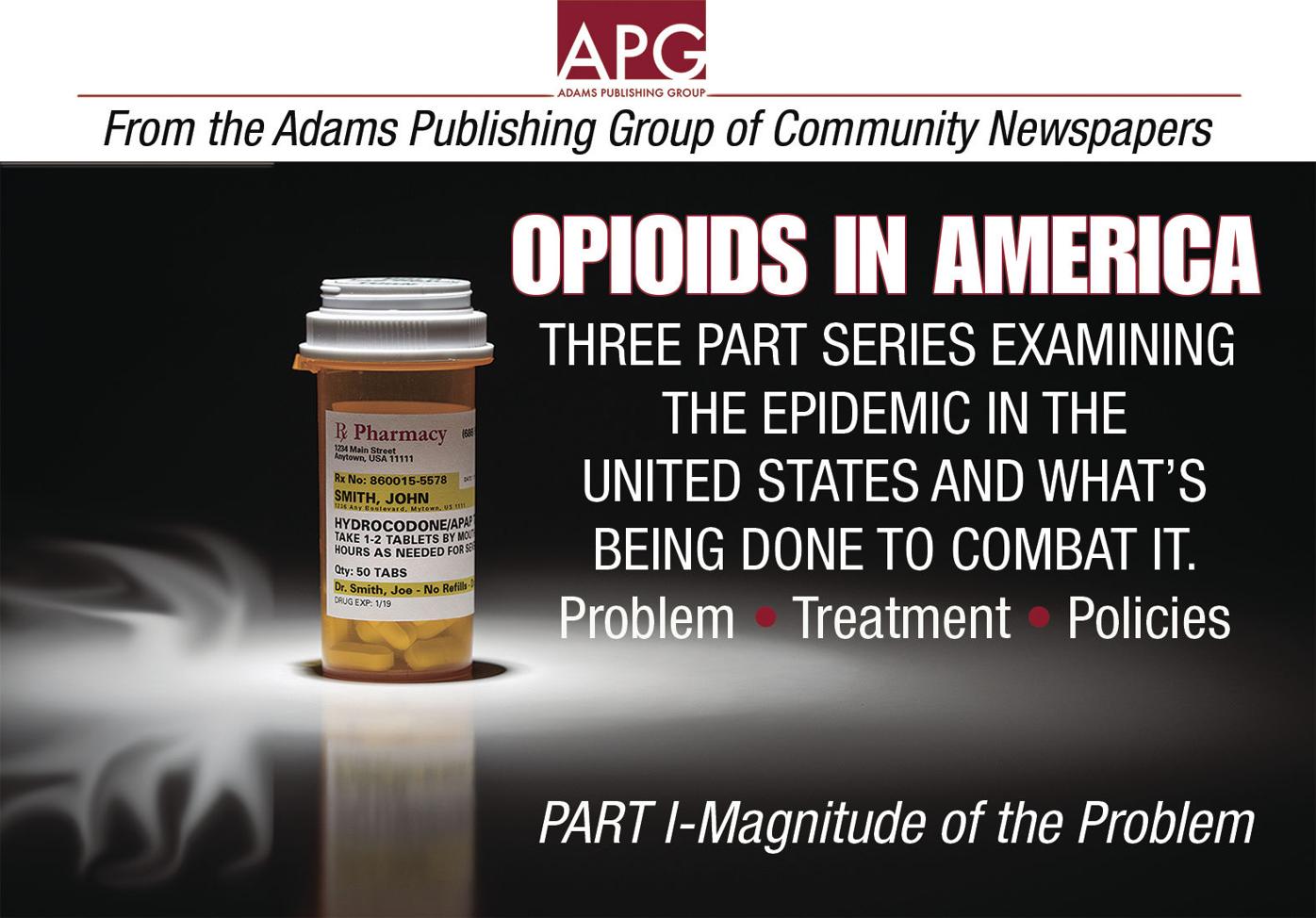 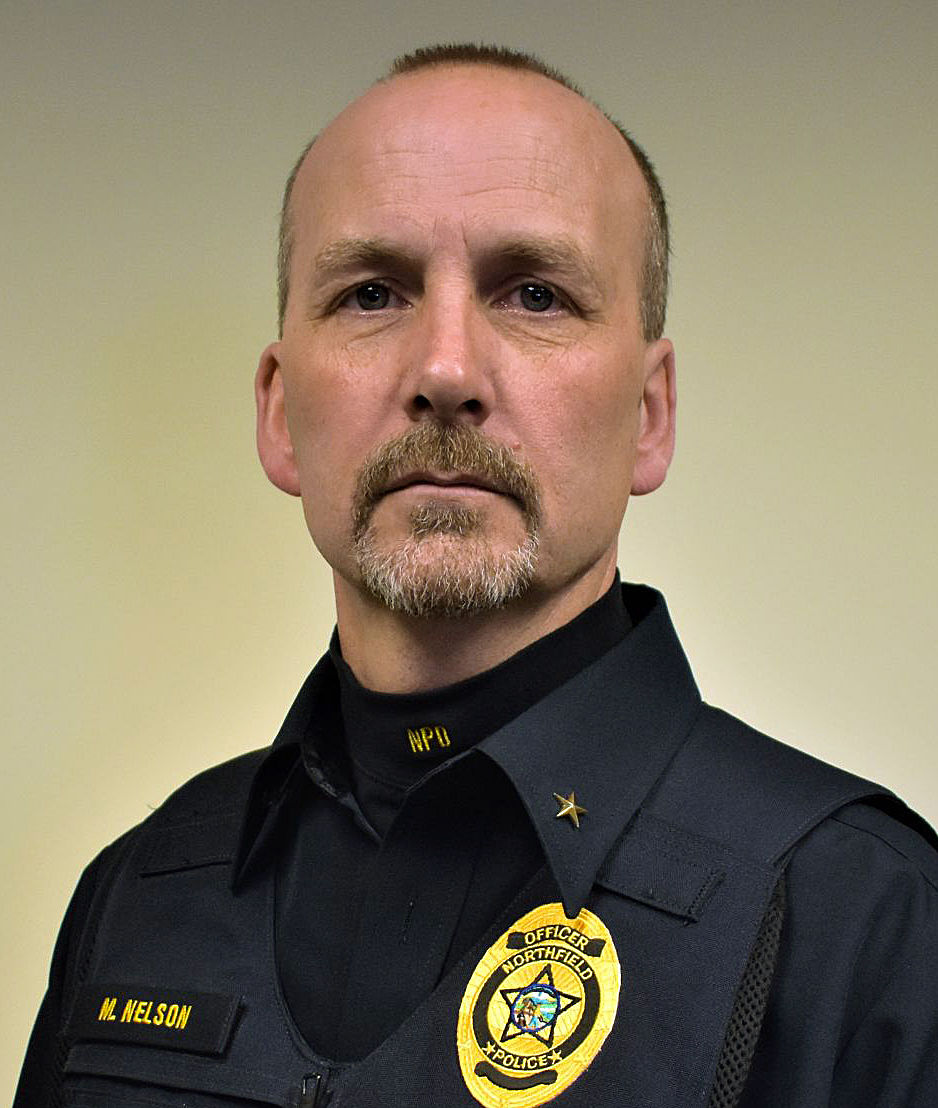 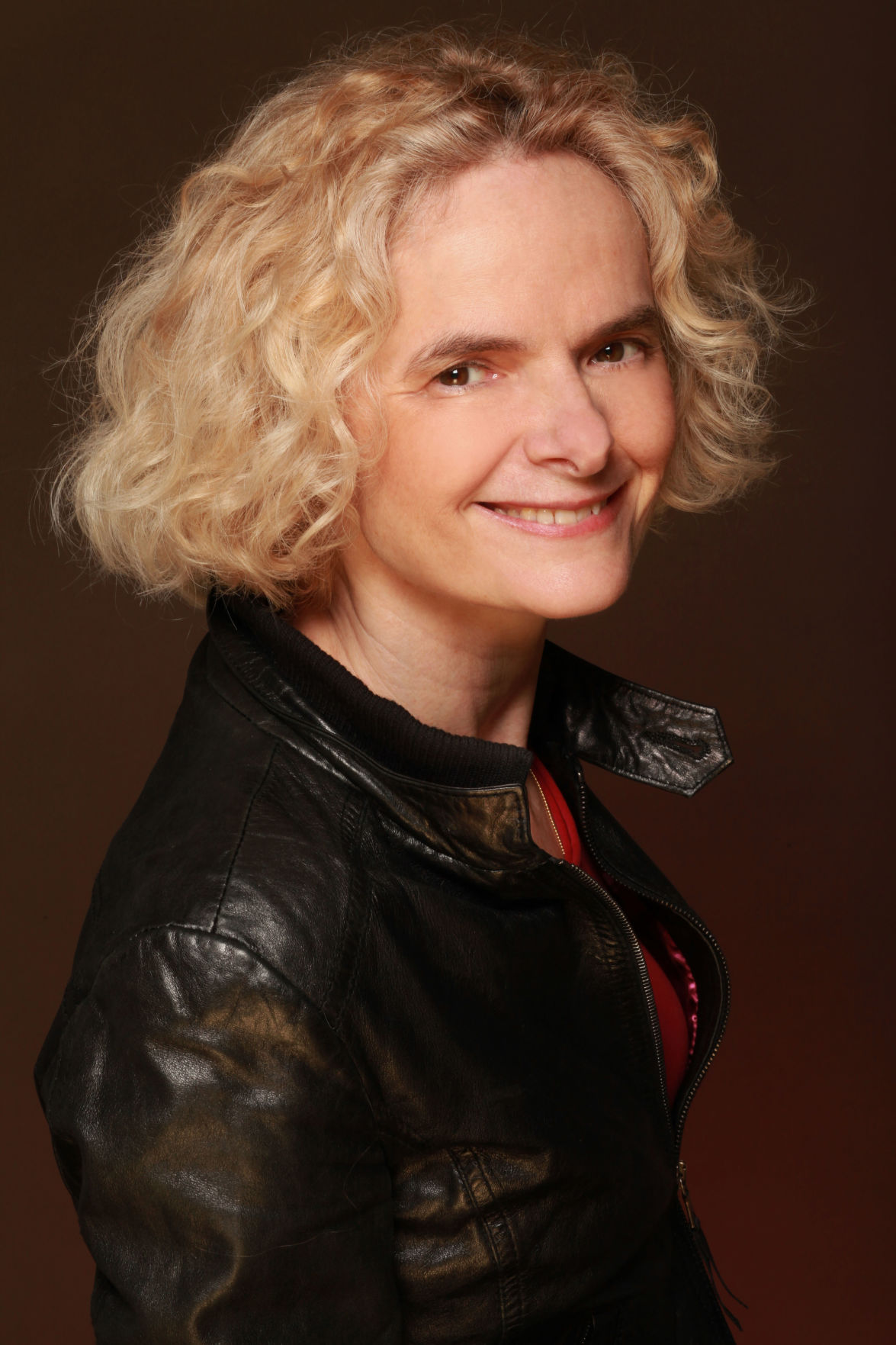 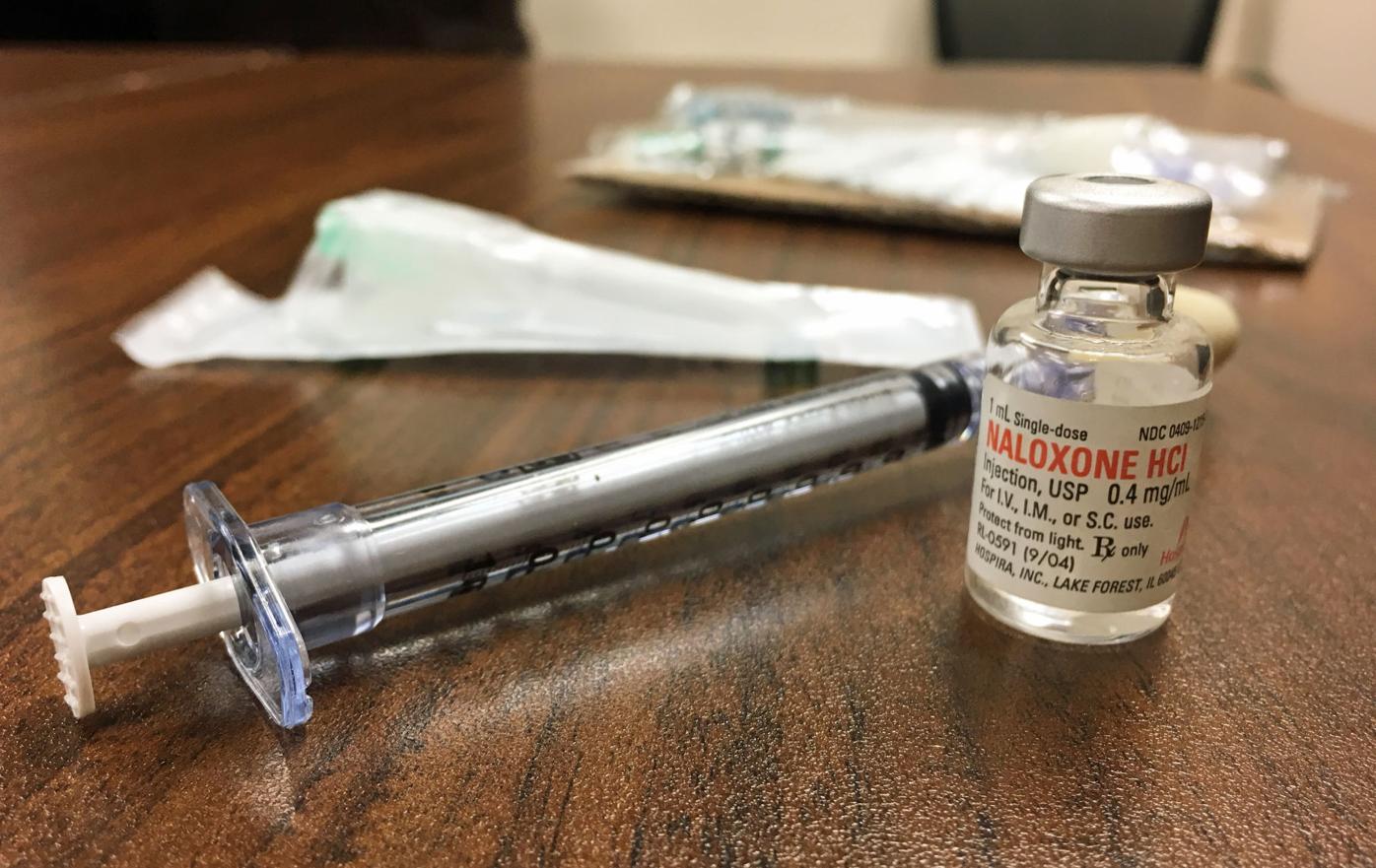 Naloxone, a drug which counteracts the effects of an opioid overdose, is now in the hands of Rice County Sheriff's deputies, Faribault and Northfield Polie officers and some county fire departments. Northfield Police used the drug last weekend to save the life of someone overdosing. (Suzanne Rook/Faribault Daily News)

That’s a little more than one a day in the county that’s home to Mount Airy, the city where actor Andy Griffith grew up that is widely known as the inspiration for the idyllic, fictional town of Mayberry in the iconic 1960s sitcom “The Andy Griffith Show.”

Drug overdoses killed 32 people, or about one every 11 days, last year in Surry County. Those overdose deaths were down 42 percent from 55 in 2017 – not because overdoses dropped, but because first-responders saved more people through widespread use of the opioid overdose reversal medication naloxone. Hundreds of other county residents bypassed 911 calls and were taken directly to the hospital.

“Just because we’ve reduced the number of overdose deaths doesn’t mean we’ve solved the original problem of why we have so many people who are using opioids,” said Mark Willis, who was hired last year as the county’s opioid response director. “The first thing I’m trying to do is plug the hole in the bucket. But right now we’re just buying more mops.”

If the U.S. opioid epidemic can reach Mount Airy, which the local tourism bureau proudly proclaims is often referred to as “Small-town USA,” it can strike anywhere. And it does.

A total of 399,230 U.S. residents died from opioid-related causes from 1999 through 2017, according to the U.S. Centers for Disease Control and Prevention.

That’s the equivalent of the entire cities of New Orleans or Tampa or Cleveland, or 70 percent of the population of the state of Wyoming, being wiped off the map. Gone in less than two decades.

“In terms of the overall number of overdose deaths, the epidemic is unprecedented and has wide-ranging negative effects, not only on individuals, but on their families and communities,” said Nora Volkow, director of the National Institute on Drug Abuse.

Opioid overdoses, which kill 130 people a day in the U.S., are a driving force behind the United States enduring its longest sustained life expectancy decline since World War I. Americans now have a greater chance of dying from an accidental opioid overdose than from a vehicle crash, according to the National Safety Council.

Though much progress has been made in the fight against opioid addiction, the number of overdose deaths from the drugs continues to rise – climbing 13 percent from 42,249 in 2016 to 47,600 in 2017. And the CDC estimates this ever-evolving national crisis has an annual economic burden to the nation of $78.5 billion, including the costs of health care, lost productivity, addiction treatment and criminal justice involvement.

Opioids are a class of drugs that includes the illegal drug heroin, synthetic opioids such as fentanyl, and pain medications available legally by prescription such as oxycodone, hydrocodone, codeine and morphine.

The opioid crisis originated around the turn of the millennium, driven mainly by the overprescribing and diverting of opioid pain medications in the first decade, Volkow said.

As prescriptions ran out and doctors began to cut back on prescribing opioids, many users sparked the second phase of the crisis by turning to cheaper illicit opioids, such as heroin.

In the past few years, powerful synthetic opioids, such as fentanyl, have started taking over the market and now are blamed for more overdose deaths than either heroin or prescription painkillers. Their potency makes synthetics, which are being substituted for heroin or used to lace counterfeit pain pills, easier to smuggle into the U.S. and more profitable for dealers, Volkow said.

With the CDC reporting that fentanyl is 50 times more potent than heroin and 100 times stronger than morphine, this third wave of the opioid crisis threatens to be the deadliest of all.

“Had it not been for the introduction of fentanyl in our state, we may have started to turn this thing around by now,” said Alisha Nelson, director of RecoveryOhio, the agency Ohio Gov. Mike DeWine created shortly after taking office in January to address the opioid challenge.

In 2017, Ohio ranked No. 2 behind only Pennsylvania among all states for the most drug overdose deaths with 5,111, and also had the second-highest overdose death rate, at 46.3 deaths per 100,000 residents, trailing only West Virginia’s 57.8.

“But now fentanyl is being mixed and cut with a number of other drugs, and the end users with substance abuse disorder have no idea what they’re accessing when they get those drugs,” Nelson said. “That has led to a rise in our overdoses and our overdose deaths.”

The opioid epidemic is personal for Police Chief Monte Nelson of Northfield, Minnesota.

His two daughters attended Northfield public schools, and he estimates their classes lost more classmates to overdose deaths than any other grades. Monte Nelson can still picture a friend’s curly-haired son hanging out by a bonfire in his yard during high school. Seven years later, the young man was dead from an opioid overdose.

The crisis reared its ugly head in 2005, when a young adult died from a mixed opioid pill overdose, shocking the community.

“About a year later, we had our first powdered heroin overdose death, and then another and another and another. They were all young adults from 19 to 25,” he said, recalling that the spree continued through 2009. “It really set our quiet little artsy town for a spin.”

“People thought heroin was a mystery drug of the ‘60s and that no one does that anymore,” Monte Nelson said. “Well, suddenly we had people injecting it.”

A drug task force member learned that small groups of young addicts were driving the 45 miles to Minneapolis to get their heroin, and that many of them had learned to bring each other back from overdoses by performing what the police chief described as violent CPR.

The community rallied together and started a drug court, expanded treatment programs and launched one of the first excess medication drop-off initiatives – the effort has collected 23,000 pounds so far – to slow the commonplace pattern of teens and young adults “shopping” for pills in the medicine cabinets of friends and family members.

As a result of those efforts and widespread use of naloxone by first-responders, opioid deaths “took a little hiatus” before roaring back in recent years with the introduction of fentanyl and carfentanil – a synthetic opioid 100 times more potent than fentanyl that is also used as an elephant tranquilizer – into the market, Monte Nelson said. The town of about 20,000 residents had three people treated for serious overdoses in a 48-hour period in March 2018 after ingesting pills they thought were oxycodone that were laced with carfentanil.

“We’re still in the middle of this crisis, and it’s getting worse with fentanyl and carfentanil and the stuff available off the dark web,” Monte Nelson said.

The story is similar about 60 miles north of Seattle in Skagit County, Washington. The rural county endured seven overdose deaths in the first three months of this year, all suspected of being caused by synthetic opioids, said Undersheriff Chad Clark.

“That’s just way too many in our small county,” Clark said. “The world is changing. This stuff is deadly.”

Indeed, fentanyl is so potent that it presents a danger to officers responding to calls where it is present. Skagit County now arms officers with extra-strong doses of naloxone – also known by the brand name Narcan – for themselves, and requires two deputies to respond in case the one handling a fentanyl-laced drug stash goes down and needs to be revived.

Such precautions are now taken from North Carolina in the Southeast to Washington in the Northwest and everywhere in between, as the nation seeks to fight back against a crisis that can seem overwhelming as it strikes people of all ages, races and incomes.

“It’s hard to find a parent or family member who has not been affected in some way,” Monte Nelson said of his Minnesota hometown. “But you can’t give up on it, because there are too many lives at stake.”

What drugs are opioids?